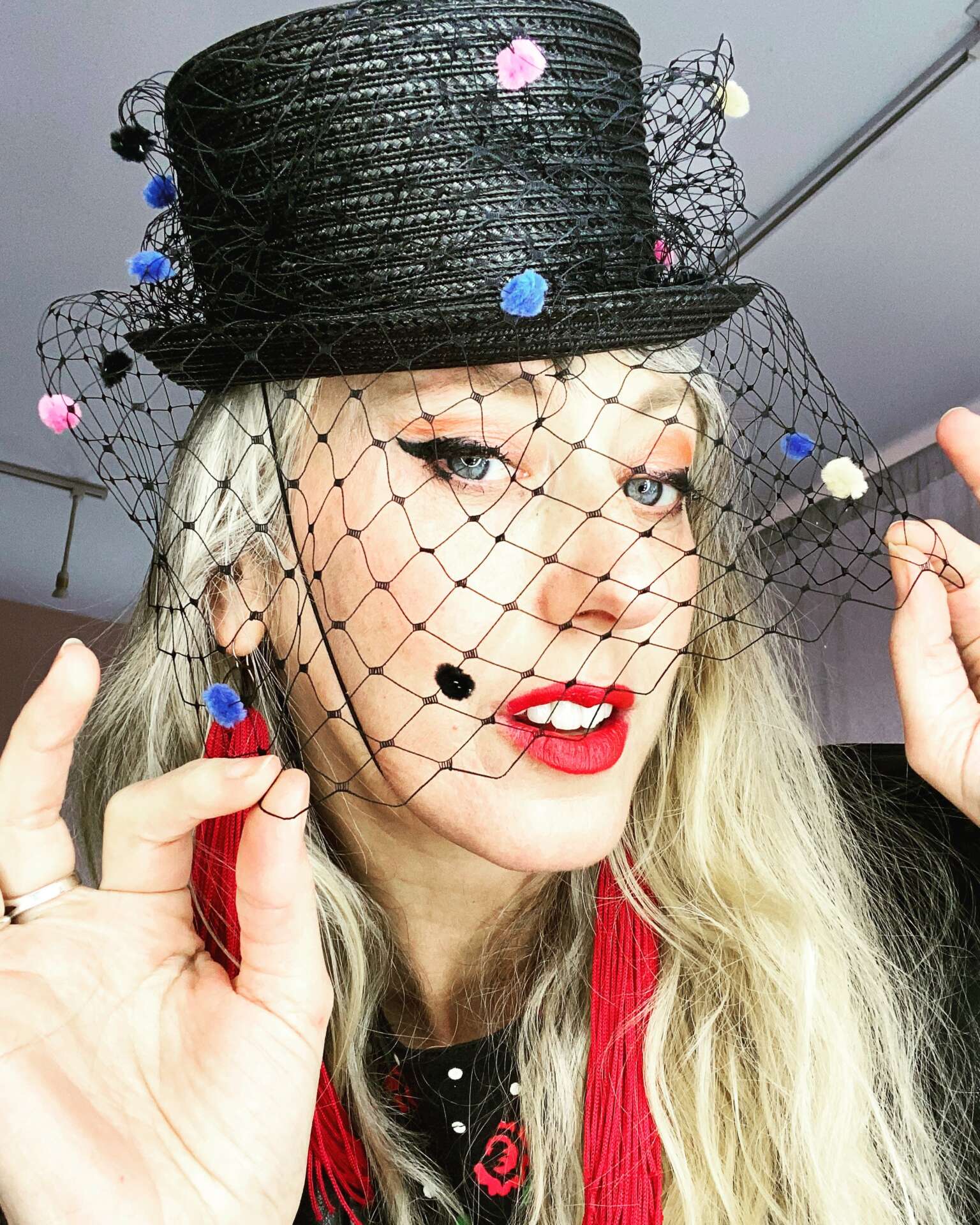 We were lucky to catch up with Allyson Garro recently and have shared our conversation below.

Allyson, looking forward to hearing all of your stories today. What was it like going from idea to execution? Can you share some of the backstory and some of the major steps or milestones?

I had my business plan for 2 years before anything happened. I had been turned down for a loan by the SBA for lack of collateral, and my intention to open a Wig + Makeup sparkle boutique began to feel like an improbable fantasy, And then one night, a vision of my shop coexisting with other businesses inside of an old house came to me in a dream. It was so vivid, that the following day, I caught up with a friend who had wanted to open a vintage store, to tell her about my exciting revelation. Before I could say anything, she informed me that a mutual friend of ours had found an old bungalow on E Cesar Chavez where she wanted to open her salon, and that there was room for a couple more businesses and would I like to join them? It was my actual dream come true!

We signed the lease and divvied up the space, with the smallest room going to yours truly: 210 sqft of my very own, to fill with beauty, sparkle and joy! I didn’t know the first thing about running a business, but that tiny room (and $350 rent) felt like an opportunity and an incubator for me to learn, grow, and try new things, without the risk of failing beyond recovery. The building wasn’t up to code for a commercial occupancy, which, among a host of other issues, meant we weren’t allowed to have any signage. Sometimes, several days would pass without a single customer gracing our doorway, but just as necessity is the mother of invention, so too was my need of bringing awareness to the shop the catalyst for some of my best business innovations!

In the first year, I would open shop at 11am, work until 3:30pm, then head to my bartending gig, where I would work from 4pm to midnight. Some days I wouldn’t get home til after 1 and would lay in bed awake, questioning every single choice I had made. In the days before Instagram, it was a lot harder to bring awareness to new endeavors and brands, and I spent many sleepless nights trying to come up with ways to put Coco Coquette on the map! I had read a book on word of mouth marketing and knew I needed to give people something to talk about, which inspired our first of many wig/fashion/dance shows that I produced at the North Door (RIP). The shows were a collaborative production between myself and the many costume designers and performers I had the fortune of working with, and while they were triumphant in artistic expression and wildly popular with audiences, our walk in traffic was still slow.

Then one day, a coworker at the restaurant asked me for some ideas of what to do for her bachelorette party. I blurted out, “let’s throw you a wig party at the shop!” Part of this concept was to celebrate my friend, but I also knew that getting warm bodies into my space was an underlying motivation. We didn’t have a template for how things would go, but at some point during the festivities, I remember looking around at the blur of hair and laughter and thinking we were on to something. I realized that Wig Parties were the key to creating a special experience that had the potential to spread by word of mouth!

The following day, I threw myself into piecing together the components of this new service I was suddenly eager to offer: everyone would get a wig to take home…they’d get their makeup done…and we’d provide a photo booth! This of course, was a lot of activity for my small room to host, so the other business owners in the house let me use their spaces during closed hours. This was right around the advent of Groupon, which was getting some bad press due to overselling product that they couldn’t deliver, and many small businesses suffered. In an attempt to avoid that pitfall, I capped our offer at 50 parties that would need to be redeemed in a 3 month period. Much to my shock, we sold out those parties and that Summer became a Wig Party boot camp of sorts. We celebrated birthdays, weddings, family reunions, office team building and chemo solidarity, and at the end of that period, our Wig Parties were a well glittered machine! Not only that, but each of those parties had entertained 6-10 guests, and those guests had spread the word and then suddenly… I got to quit my night job.

My shop and I became very… intertwined. As I began to find my stride, the shop also became busier. There was a distinct symbiotic relationship between my personal growth as an entrepreneur and the growth of my business. And as each business within our collective became busier, a natural expansion occurred. The vintage shop owner was the first to spread her wings to a larger space, and that allowed for me to take on her square footage. Then, 2 years later, the salon owner decided to move her business, so in 2017, I completed my benevolent takeover of the entire building.

2017 was also the year that I received an email from a former guest of one of our parties, asking me if she could open a second location in Denver. It took a couple years to find the right spot, but in 2019, our second shop opened, with owner Heather, at the helm. 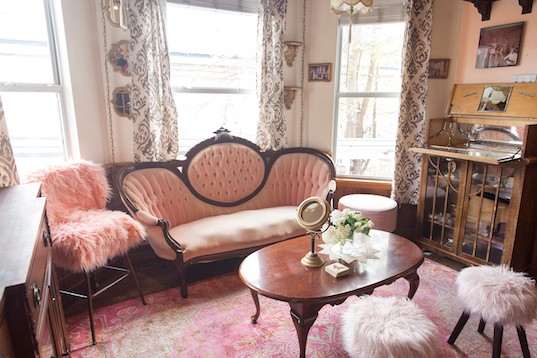 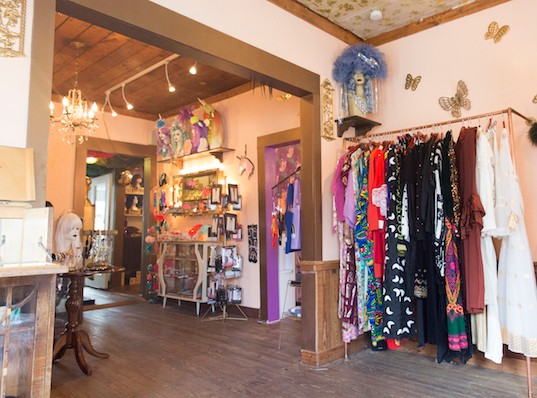 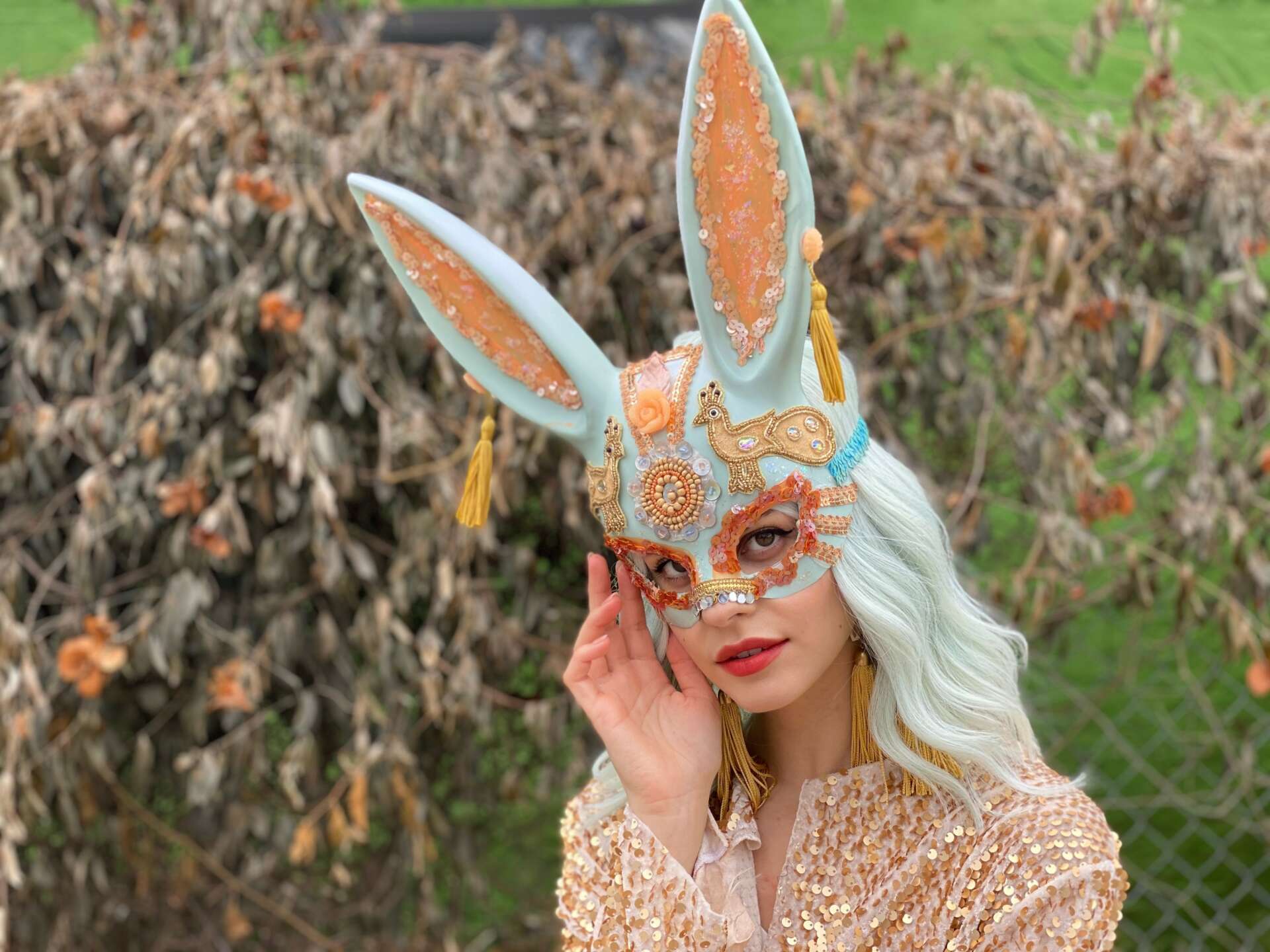 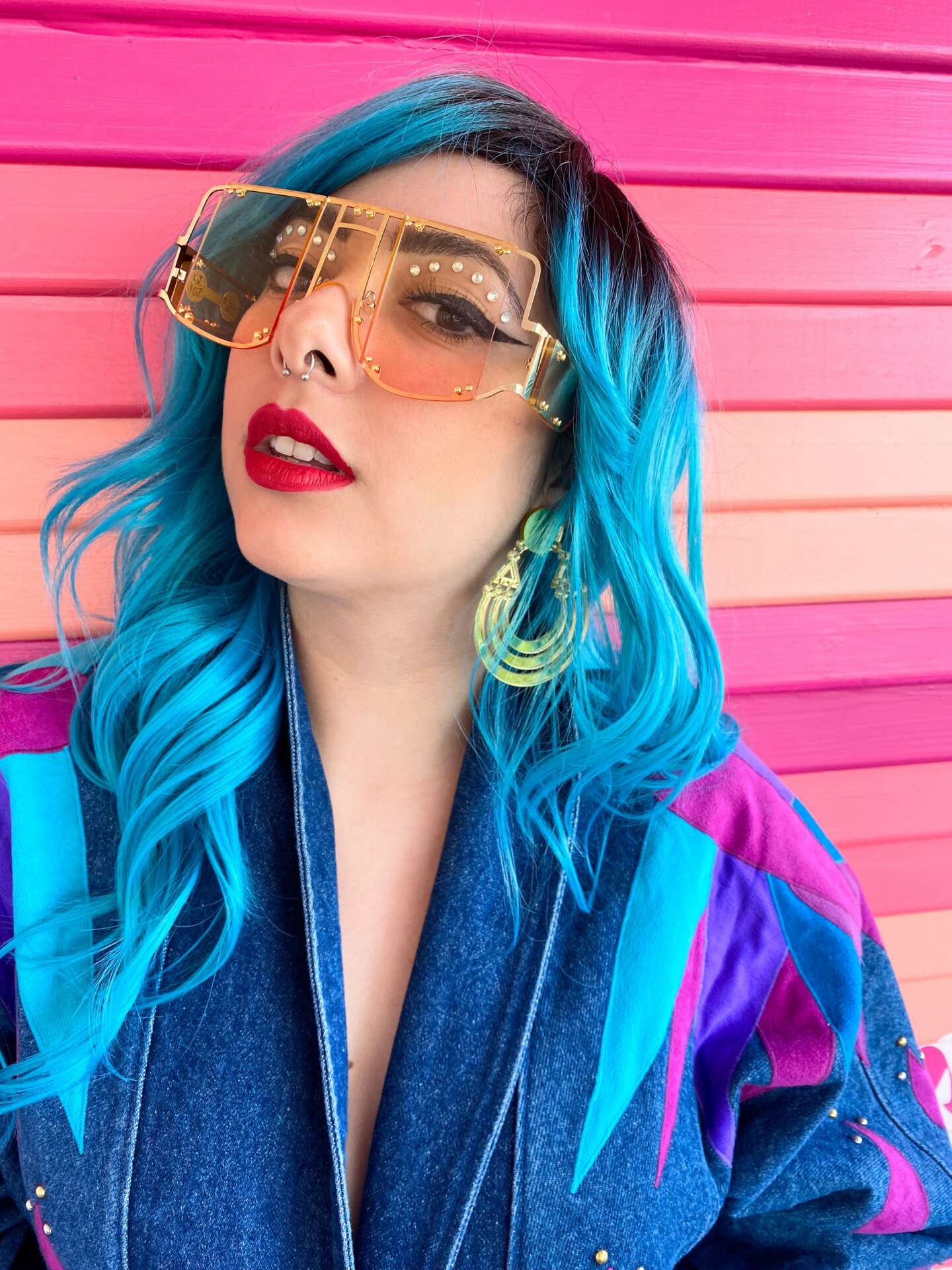 The transformative properties of wearing a wig can be a powerful tool in unlocking hidden aspects of our identity. I first discovered this freedom of expression at the age of 5 when I was cast in the school play. I was debilitatingly shy as a child, but when I dressed in my character’s costume and stepped onto stage, suddenly I was allowed to be someone else. That was an incredibly liberating feeling, even for a 5 year old! This fascination for altering my ego became a recurring theme in all of my pursuits.

After graduation from college with a BFA in theatre, I soon realized I didn’t have the tough skin needed for a life of auditioning (and rejections), and Los Angeles was making me cynical. I found myself in New Orleans on a wild cross country road trip and decided to stay. I fell deeply in love with parade culture, masking and fantastical costuming. I honed my skills in the artifice of showgirl glamour in the smoky backstage of the Shim Sham club, where I danced with one of the first burlesque revival troupes.Fake hair, lashes and a red glittered pout gave me a confidence I didn’t possess in “real life.” It wasn’t about becoming a different person, but rather awakening a part of myself that had been dormant for so many years.

I still wasn’t sure “what I wanted to be when I grew up” but I was tired of tending bar and knew burlesque would be a short lived career. When I got quiet with myself, the voice I heard loudest was calling for MORE COSTUMING, so I moved back to LA in 2003 to attend The Fashion Institute of Design and Merchandising. After completing my program, I began to incorporate my knowledge of costume construction with my own sense of fashion storytelling. I worked in the film industry as a Costume Designer and Wardrobe Stylist for 4 years, but the freelance grind eventually caught up with me. Long, grueling hours while working on a show would then give way to the stress of looking for my next gig. I was tired of working for other people and I wanted to strike out on my own. When I moved to Austin in 2008, I didn’t have a plan, but I knew I wanted to open a shop.

Coco Coquette is the culmination of all of my life’s experiences and loves; it’s a shop that fuses my background in theater, burlesque, costuming and customer service. It is a place that reflects my vintage aesthetic, with a dose of campy irreverence. It’s a hub for artistic collaboration and a safe space for self-expression and gender identity exploration. And it’s a venue for our Wig Parties, where people who have often never known the joy and transformative powers of wearing a wig, discover a new facet of themselves.

Can you open up about a time when you had a really close call with the business?

I was running my payroll through a company that had assigned different codes for pay rates that were counter-intuitive. One of these pay rates was for my employees to receive credit card tips payed during our private Wig Parties. My manager, who had only been with me for about 5 months, approached me one day and asked about her tips not showing up in her paycheck. That was news to me, but I assured her I’d look into it. After a full audit of the history of my payroll through this company, I discovered that my employees hadn’t received ANY of their tips for the past 3 years, and I owed them a cumulative $12,800! Apparently, the code I had been using to pay them their tips was actually a cash tip code, meaning that not only had they not received their tips, but they had paid taxes on a tip they had never received. My emotions ran the gambit of shame, horror, and despair. There were so many other expenses that were associated with my payroll bank draw, in the form of taxes and fees, that I hadn’t noticed the discrepancy.

I didn’t have that money, but I took out a loan to ensure everyone who had been affected by my error would be paid immediately. I held a meeting with all of my current employees to let them know what had happened and then called each of my former employees who had been affected. As embarrassing as it was to repeatedly admit to the financial fiasco for which I was responsible, it was also a joy to deliver the good news of the sudden windfall of cash they each were about to receive!

I had many sleepless nights, panic attacks and late-night hand-wringing, but this huge error was a wake up call to my needing more administrative support. The CEO of that payroll company wound up being indicted for fraud, money laundering and a slew of other corrupt behaviors. I’m still unsure if that had anything to do with the meltdown I experienced, but suffice to say, I switched my payroll to a more intuitive (and law abiding) service and hired a bookkeeper. 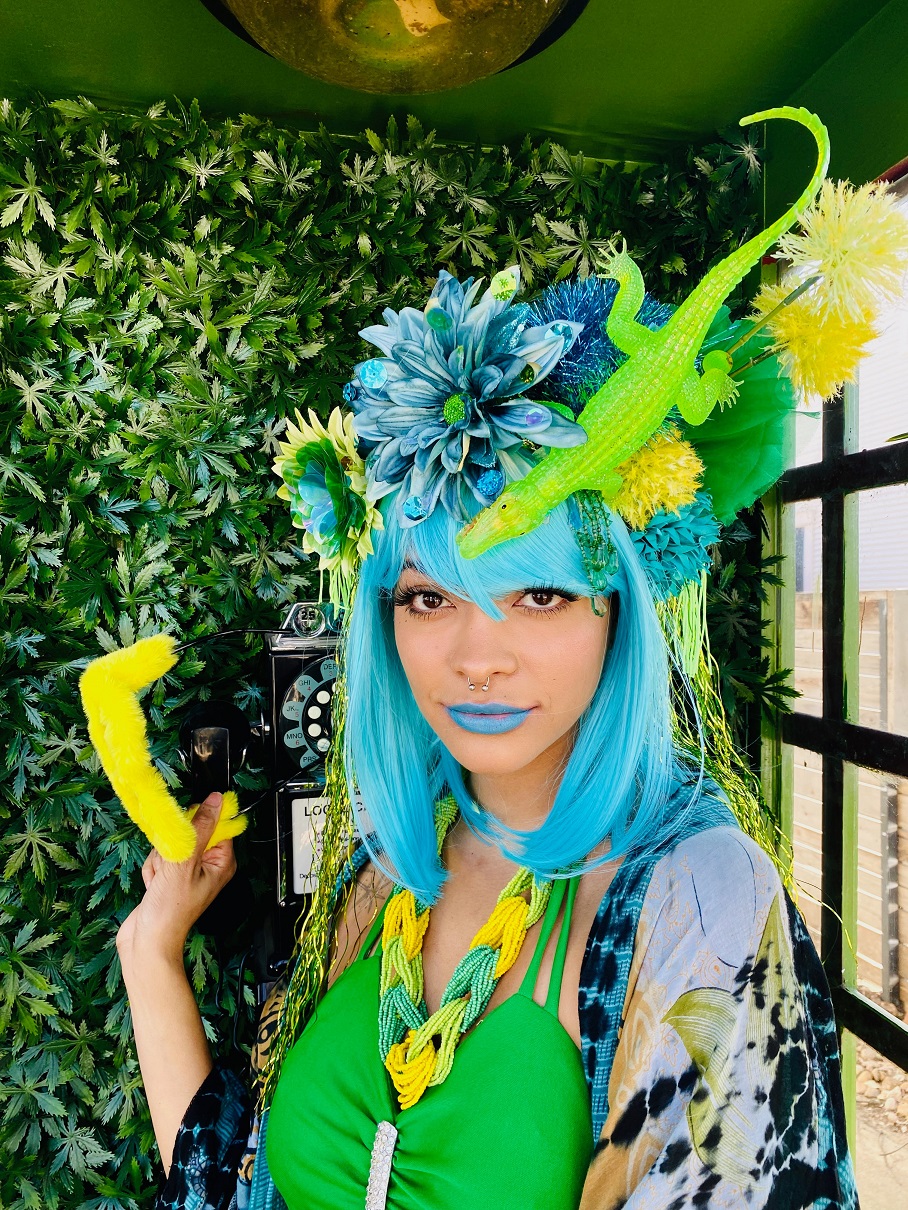 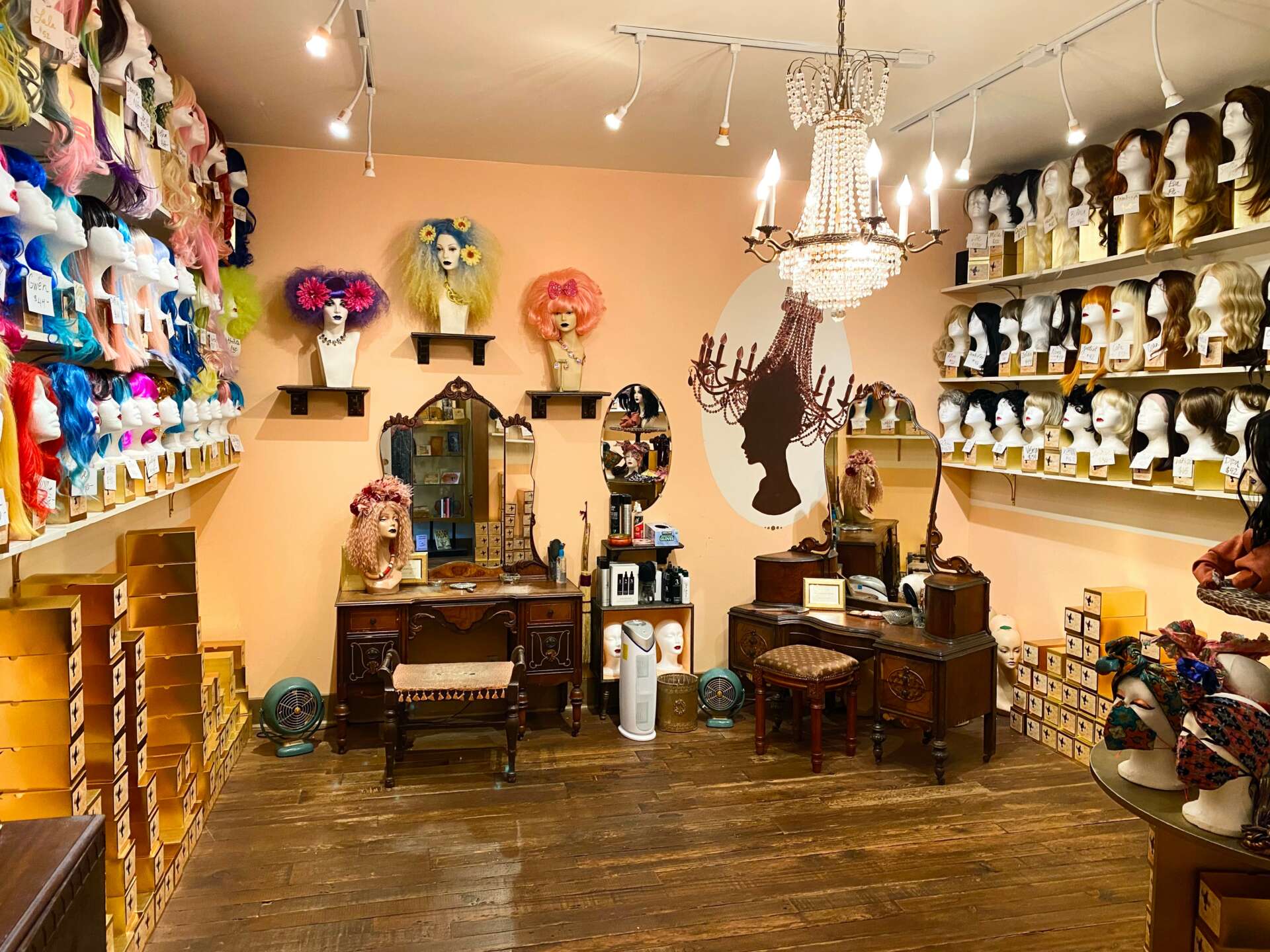 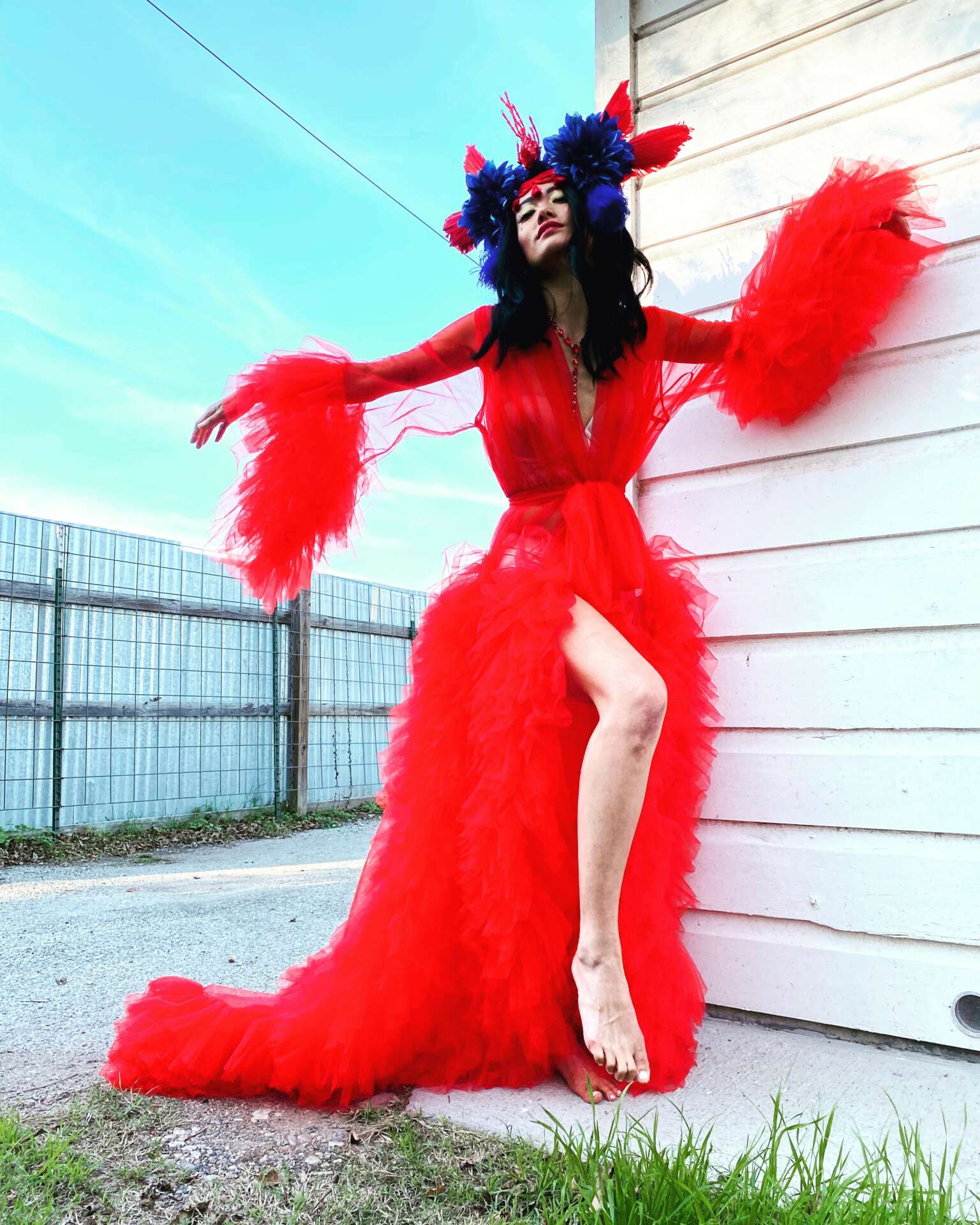 We have, over time, become know for our M2F transformations, which are popular with cross dressers, but have also been a supportive service for folx who wish to explore gender identity, or people who are transitioning and seek to learn more about makeup and presenting femme. It’s so rewarding to know that people trust us with this tender part of their journey and it makes my heart sing knowing that we have a small part to play in supporting the transgender community, especially in this current shameful trans-phobic political climate.