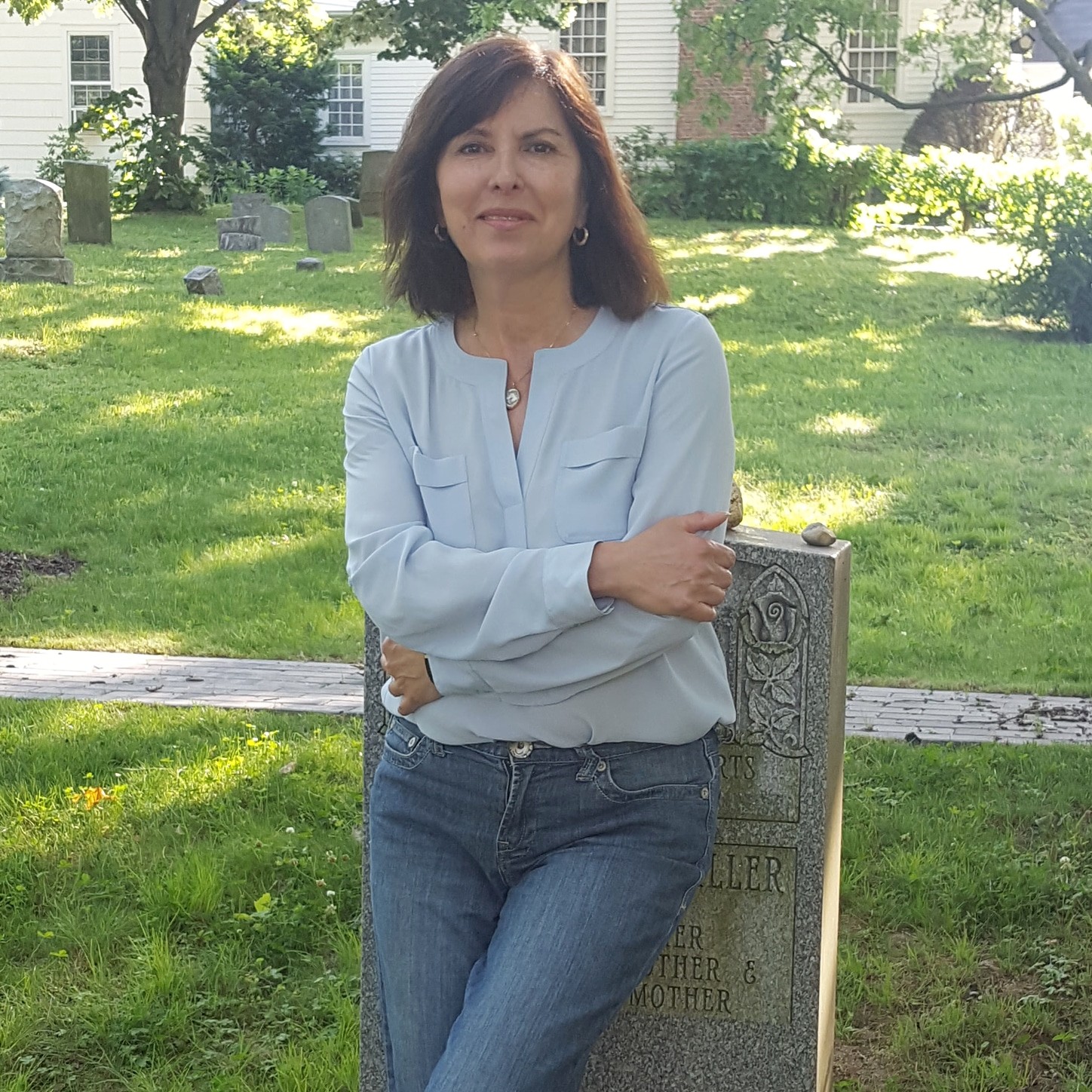 We were lucky to catch up with Alexandra Mosca recently and have shared our conversation below.

Alright, Alexandra thanks for taking the time to share your stories and insights with us today. Looking back on your career, have you ever worked with a great leader or boss? We’d love to hear about the experience and what you think made them such a great leader.

I was fortunate to have two of New York’s best funeral directors – Rae Migliore and her husband John Cox– as my mentors. The professional values they instilled in me – above all, a profound sense of respect for the work we do and for the remains – have stayed with me and served me well over the years.

They taught me every aspect of funeral service, even the ones I did not eagerly embrace at first, like cosmetology and hairdressing of the deceased. And while I understood the importance of embalming, and the comfort it offered families, like many new to the field, I pictured myself spending less time embalming and more time interacting with families, arranging and directing funerals. But Rae and John insisted I become proficient at embalming, even if I didn’t do it in the future, so that I would “always know what a well-prepared body should look like.”

They were right about that, and so much more.

When colleagues compliment my work, I credit my mentors. Unfortunately, Rae and John are both gone, and I never had the opportunity to truly thank them. But what they taught me lives on in the work I do and the manner in which I serve bereaved families.

Polar opposites in temperament, Rae and John had, unsurprisingly, different teaching styles. John was exceedingly patient in his instruction, while Rae was a no-nonsense type who did not believe in coddling. That proved to be a winning combination. After all, our work was life and death—literally. In funeral service there are no do-overs. Their talent as teachers is evidenced by the apprentice funeral directors who came after me. All ended up in successful careers, and a number of them own their own funeral homes.

I often wonder what Rae and John would think. I have no doubt, they would be proud. 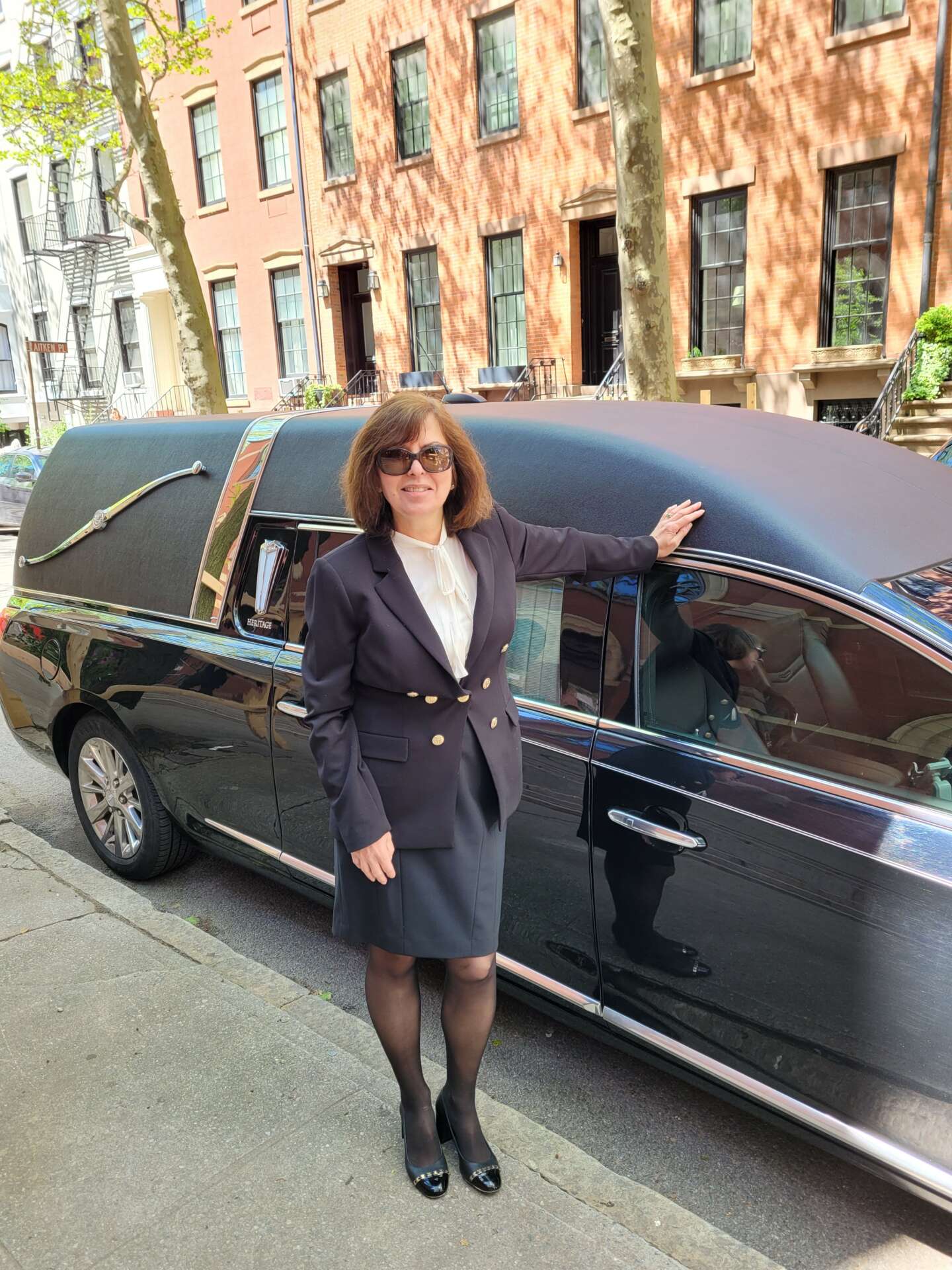 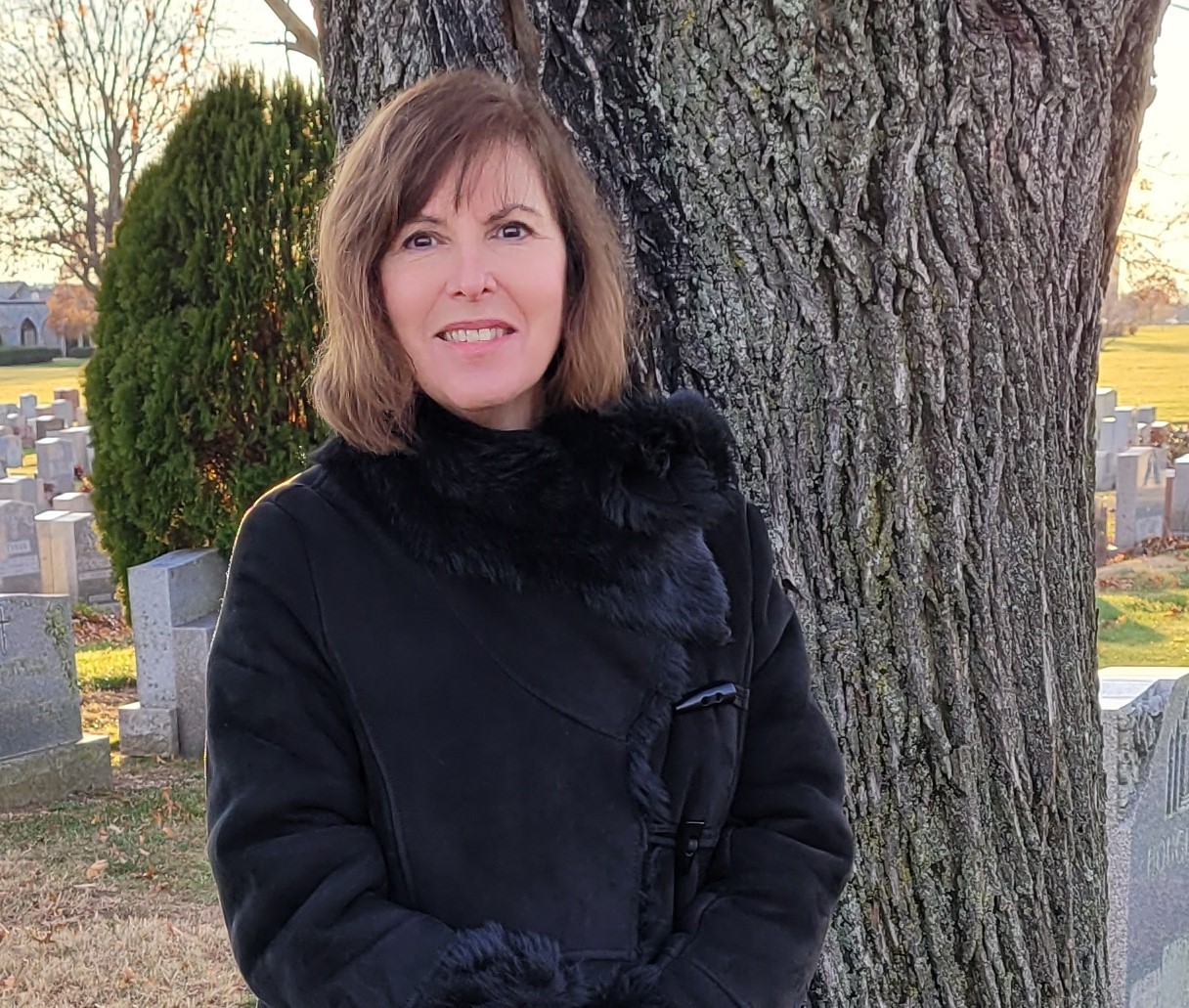 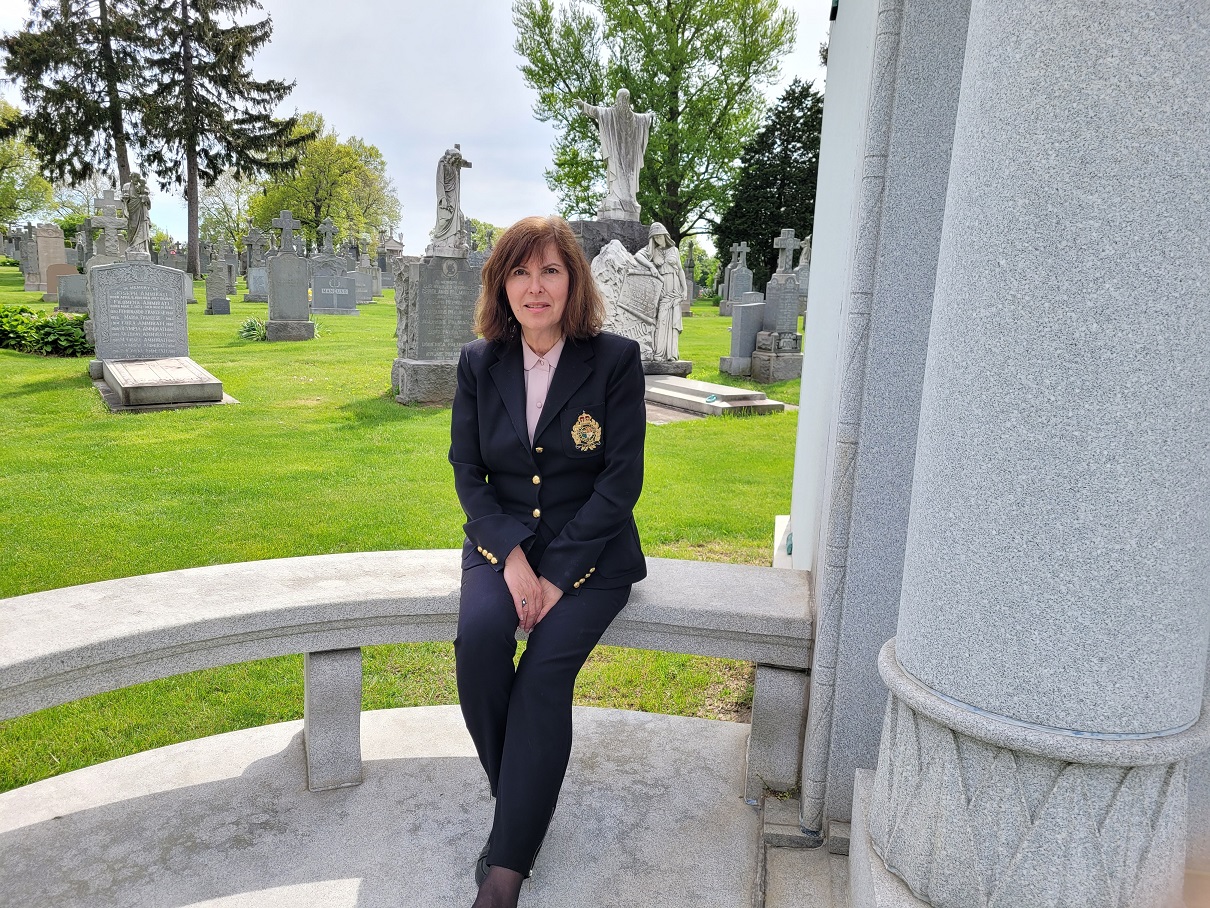 I am a funeral director in New York, having found my calling when, while attending college, I took a part-time job in a funeral home. The career appealed to my empathetic nature. I was studying journalism but decided to enter mortuary school, after college, putting my dreams of writing on the back burner.

At the time, there were few women working in funeral service, and I was discouraged by just about everyone. They predicted I’d never be hired by a funeral home, and after completing mortuary school I thought they might be right. Funeral home after funeral home told me candidly that they didn’t hire women.

That’s where Rae and John came in. They took a chance on me when no one else would. Rae was one of the only other licensed women I had come across (but to work, she had to buy her own funeral home), and she understood the difficulty of getting hired.

When I became a licensed funeral director, I was surprised by the attention given to the career of a woman working in the death field. Determined not to be seen as a novelty, I threw myself into my work. At the same time, I craved adventure. Working on dead bodies, on a daily basis, some so young, made me want to embrace life and all it had to offer. To that end, I tried my hand at modeling and acting. That led to many out of the ordinary experiences: sitting for interviews with some of television’s most iconic talk show hosts, stumping the panel on the remake of To Tell The Truth, and becoming the subject of a question on the game show, Jeopardy. I wrote about these experiences, and more, in my memoir, Grave Undertakings.

I continue to serve the public in my capacity as a funeral director. I arrange and direct funerals, and prepare – by dressing, cosmetizing and styling the deceased’s hair – for the visitation. And while I still embalm, these days it’s by request. Bereaved families will sometimes ask for a female embalmer for their mother or wife, and colleagues have also requested my services for their family members. I consider such requests an honor.

When my apprenticeship was nearing the end, the New York State Bureau of Funeral Directing required Rae to accompany me to an in-person interview. It took place at the original World Trade Center, in Manhattan, and after it was over, Rae and I had ample time to talk as we rode down many floors in the elevator together. I thanked her and told her how much I looked forward to being a licensed funeral director. As we exited the elevator, she looked squarely at me and said the words that became seared into my consciousness: “You’ll never make it in this business!”

Those words stopped me in my tracks. I was not sure whether she believed that, or it was her way of challenging me. Still, it was one of the most motivating things anyone has ever said to me. I vowed to prove her wrong – and I did.

I’ve had a long career that gets busier with each passing year. What’s more, I believe that my work as a funeral director is what allowed me to realize my original career goal of becoming a writer. 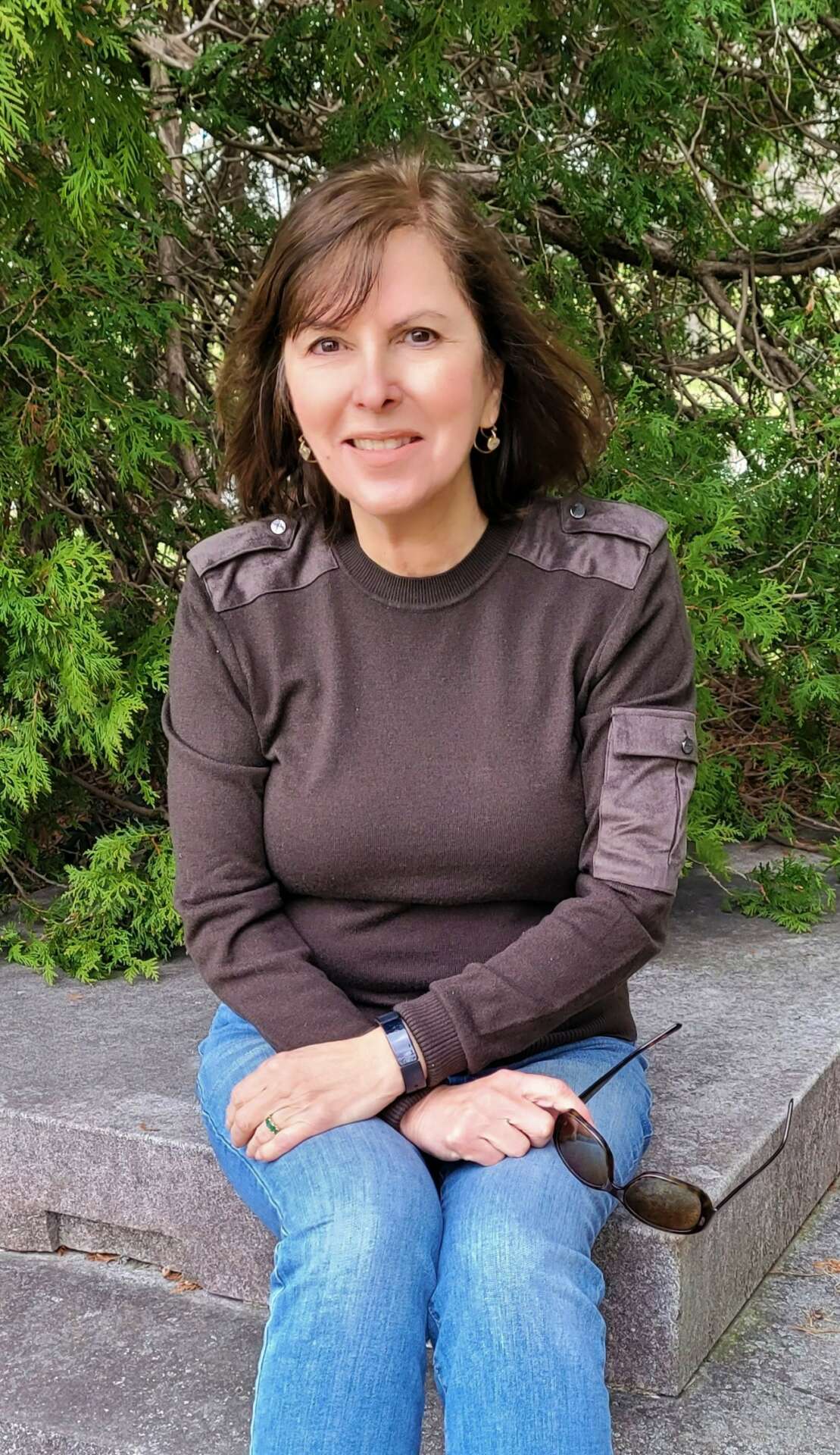 I’ve built my reputation in a unique way, by melding my career as a funeral director with my career as a writer. As an insider, I am perfectly positioned to tell the stories of my industry and get them right.

Often, when outsiders attempt to write about funeral service, they get a lot wrong, including the terminology. For instance, I cringe each time I read the word coffin in place of casket. The words are not interchangeable. In America we use caskets: in Europe, coffins are standard.

What’s more, the media tends to focus on fads and what they see as trends, quoting those with limited experience in the field. Many of the articles I read focus on the macabre and give the impression that working in a funeral home is like Halloween every day. Nothing could be further rom the truth. Such misinformation may well be why I have become sought after to tell the stories of my colleagues. When I do, I look for colleagues with a reverence for funeral service who, like me, try to help educate others through words and deeds.

It’s been immensely gratifying for me to have become well-known and respected in my industry through my writing. Funeral directors from across the country have written to thank me for standing up for truth in funeral service at a time when it has often been played for entertainment.

Two more books, Green-Wood Cemetery, and Gardens of Stone, followed my first. Both books are about notable New York cemeteries, and they helped me to become recognized in some circles as a cemetery historian. Cemeteries are a topic I’m passionate about, and I embrace the opportunity when I can – through writing and tours – to bring awareness to their importance. I’m convinced that people need a place to memorialize their loved ones and cemeteries provide that.

What’s more, despite news items to the contrary, I don’t believe that the traditional funeral is going away any time soon. In fact, for the people I serve, it continues to be the most requested type of funeral.

Today, women have made great strides and a female faces in funeral homes are commonplace. I hoped I helped pave the way and continue to serve as an example.