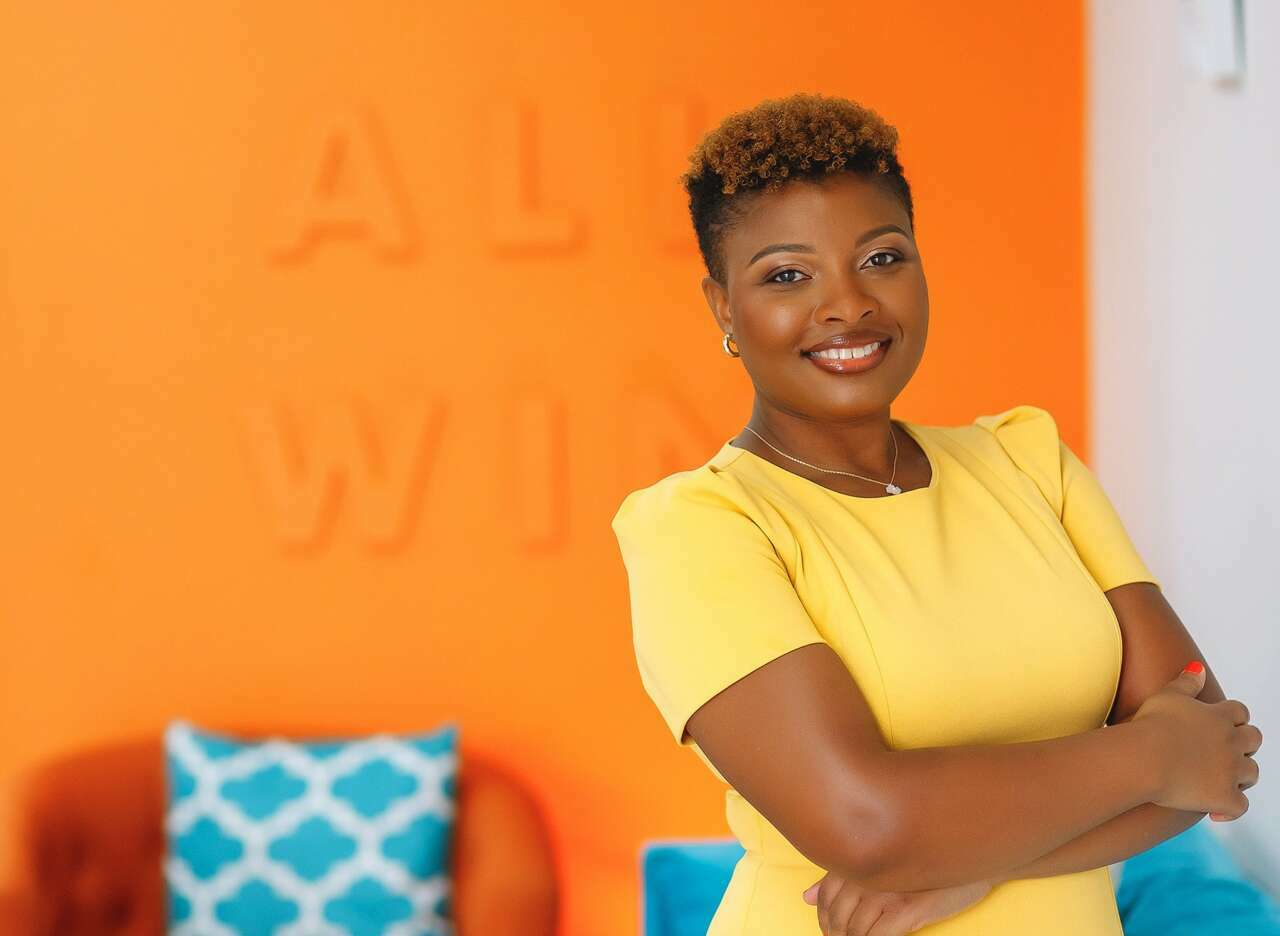 Establishing your own firm or practice

Establishing your own firm or practice is an incredibly daunting task. From myriad of legal and regulatory hurdles to the financial and career related risks, professionals who choose to start their own firm have to overcome so much and so we wanted to reach out to those who’ve done it successfully for advice, insight and stories.

I had a really hard choice to make, stay stuck doing work that isn’t fulfilling or conquer my fears of growing a mental health movement for entrepreneurs. We all have hard career choices, choose your hard. Maybe you can relate. I dreamt of being able to have a career that I truly enjoyed doing every week and Mondays felt good. I would be able to earn what I want, live where I want, take care of my family, feel happy, and FREE! I chose to do this by starting an online therapy and coaching practice that supports careerpreneurs and entrepreneurs with service-based businesses. Read more>> 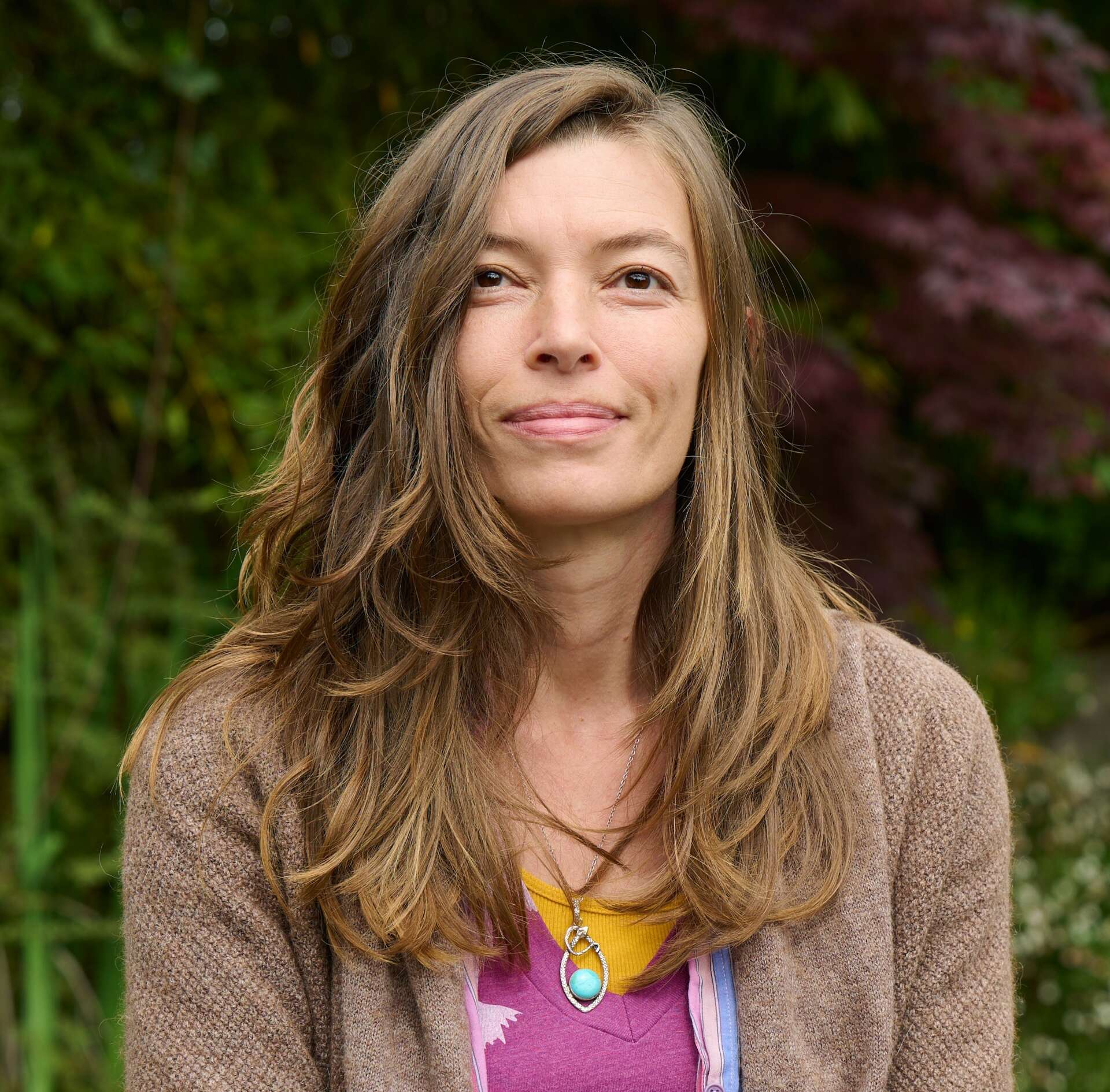 I started my spiritual teaching and coaching practice when I was a teenager. I started off small, doing tarot readings for classmates and friends, and then later for strangers. I soon realized that I was an empath, highly sensitive person and intuitive and that I could help people connect to their higher selves, their spirit guides and their own intuition. Over the years, my practice and offerings expanded into classes on intuition, tarot, energetic protections, clearing and wise boundaries, and now my signature Joyful Spirit Roadmap 1 on 1 coaching. Read more>> 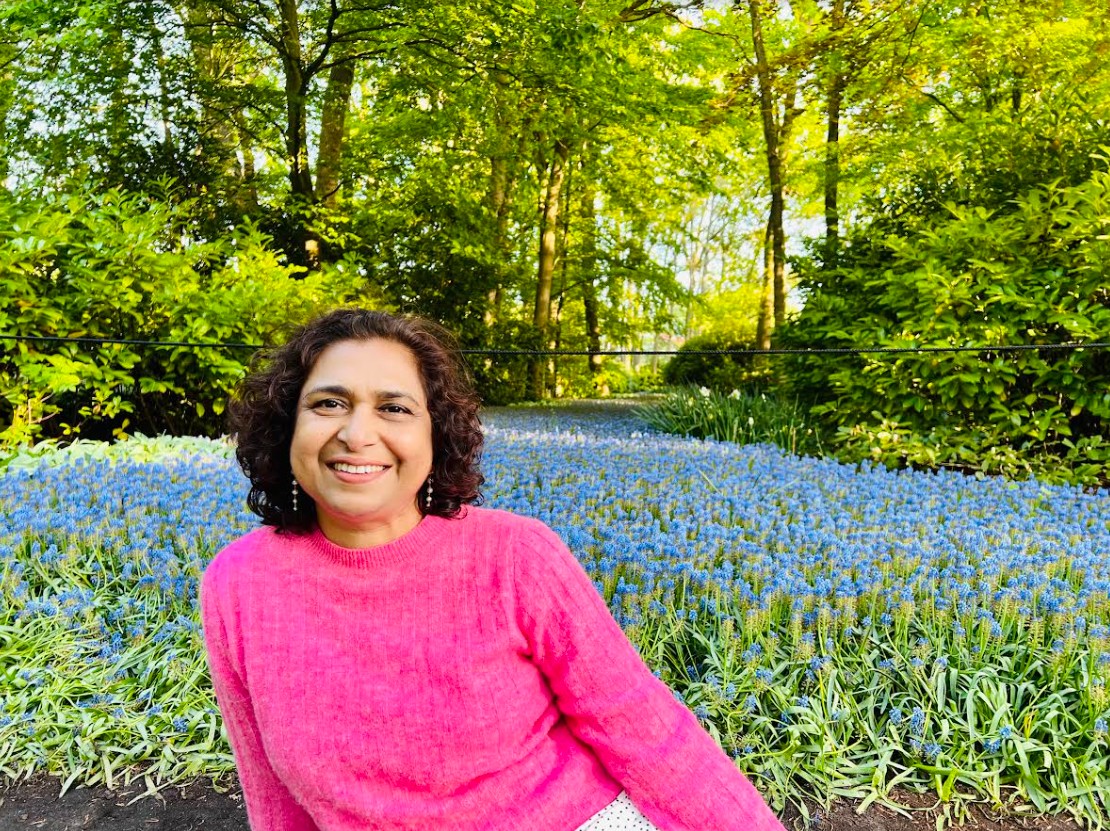 Today I want to share my journey of establishing my MatruSparsh Acupuncture Clinic in Encinitas. Four years ago, I graduated from Pacific college of Oriental Science, San Diego. In my previous career in biotechnology I had zero experience to set up a firm or practice, so when I was graduating i had no idea how, when, where I will be practicing acupuncture but what I knew for sure is. it will happen and I will work thru it. Read more>>

Making the decision to become a Mental Health Practitioner has been the most rewarding and impactful transition of my life. As a young college student I knew I wanted to be a Computer Analyst. I loved working on computers and their functionalities. Once realizing that was a male-dominated industry, I quickly shifted and explored other options which ended in my B.A. In Communication Studies from the University of Houston. My ultimate goal was to attend Thurgood Marshall School of Law and become a Corporate Attorney. Instead, I chose to pursue my M.B.A. in Management from LeTourneau University. Read more>> 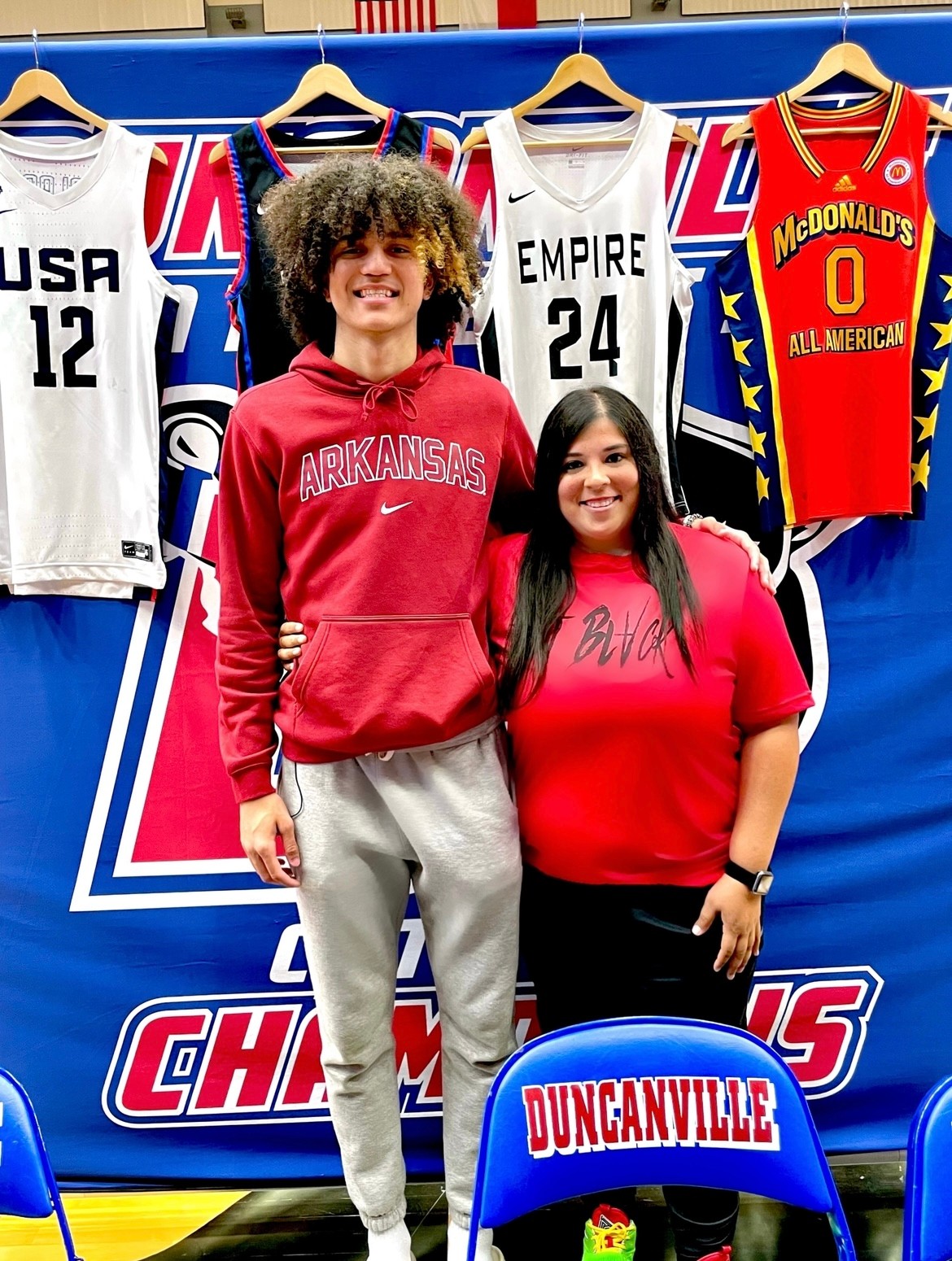 I knew I always wanted to own my own business. My parents are business owners which sparked the idea when I was younger. I never imagined it would be easy because the work never stops for my parents. However, I liked the idea of working for myself. As I began practicing, I always thought things could work better if they were done a different way. However, when you’re an employee you cannot express your opinions about everything that frustrates you. I was slowly realizing that I would never be completely happy working for someone else. I wanted to structure things myself. I had that mindset that is hard to deal with as an employee. Read more>> 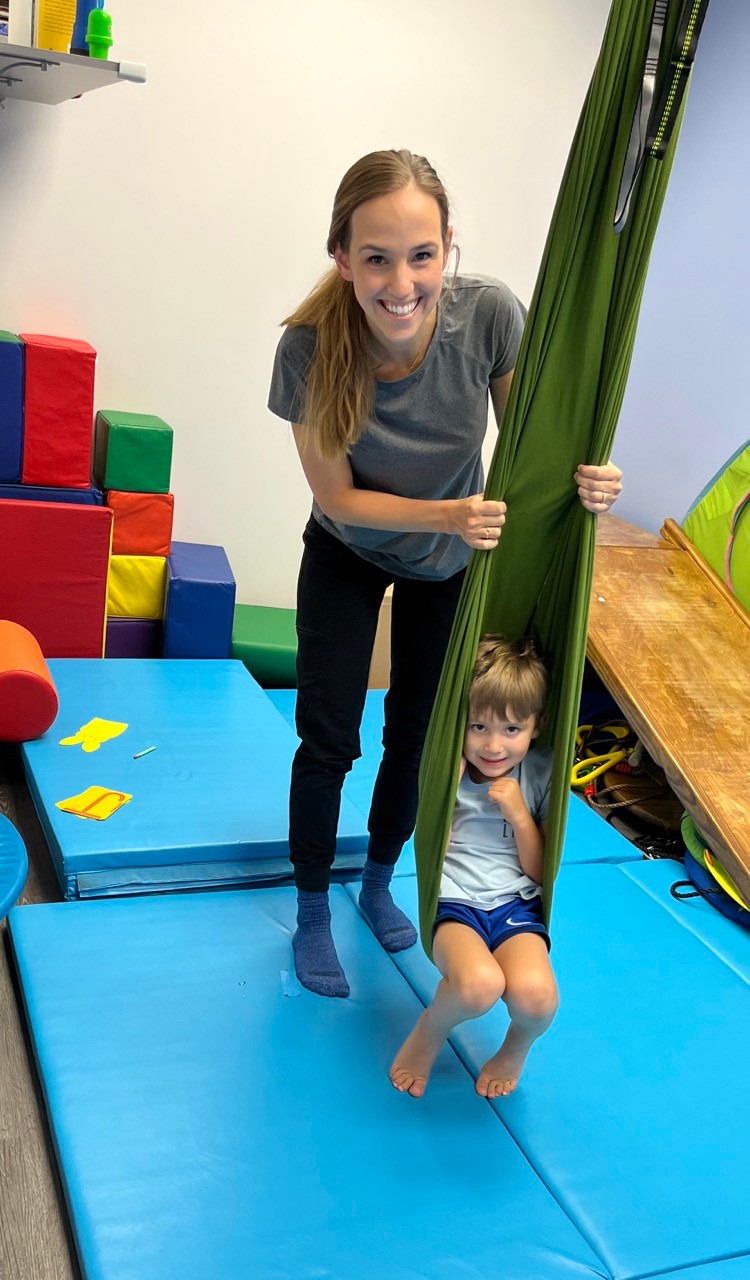 Establishing my practice came about in an unconventional way. I was on maternity leave, with a lot of late nights spent thinking about my career. My priorities changed with a newborn, and I began looking for jobs closer to our home. A previous client was raving about their new speech therapy clinic, The Learning Sphere, and encouraged me to ask if they wanted to add an occupational therapist to their staff. After researching this speech therapy clinic, I realized I had previously worked with these speech therapists through my student internship. Although the speech therapists were not looking to hire anyone at the time, they were open to renting out a room in the clinic and mentoring me as I got started—thus, Kidvancement was born. Read more>> 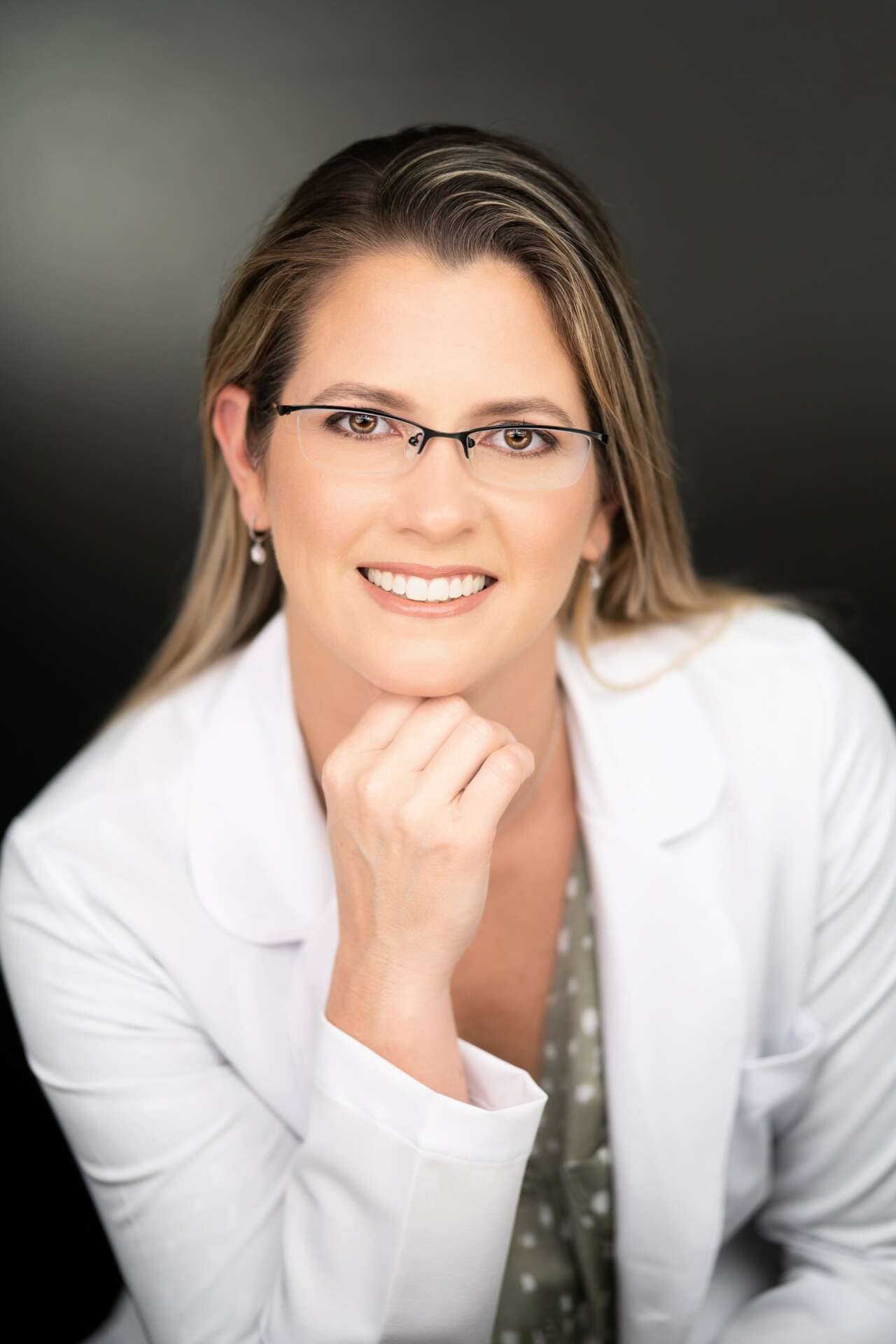 My journey to establish my own natural medicine business began in the field of bodywork. Upon completion of my master’s degree program in acupuncture, I was working as a neuromuscular massage therapist and practicing craniosacral therapy. This was my foot-in-the-door that allowed me to learn both my trade and how to establish and run a successful business. I started working with my first mentor as a subcontractor in another practice for nearly 10 years (3 while in school and 7 post grad). This allowed me to not only improve my skills but to observe how a business runs from the ground up. Read more>> 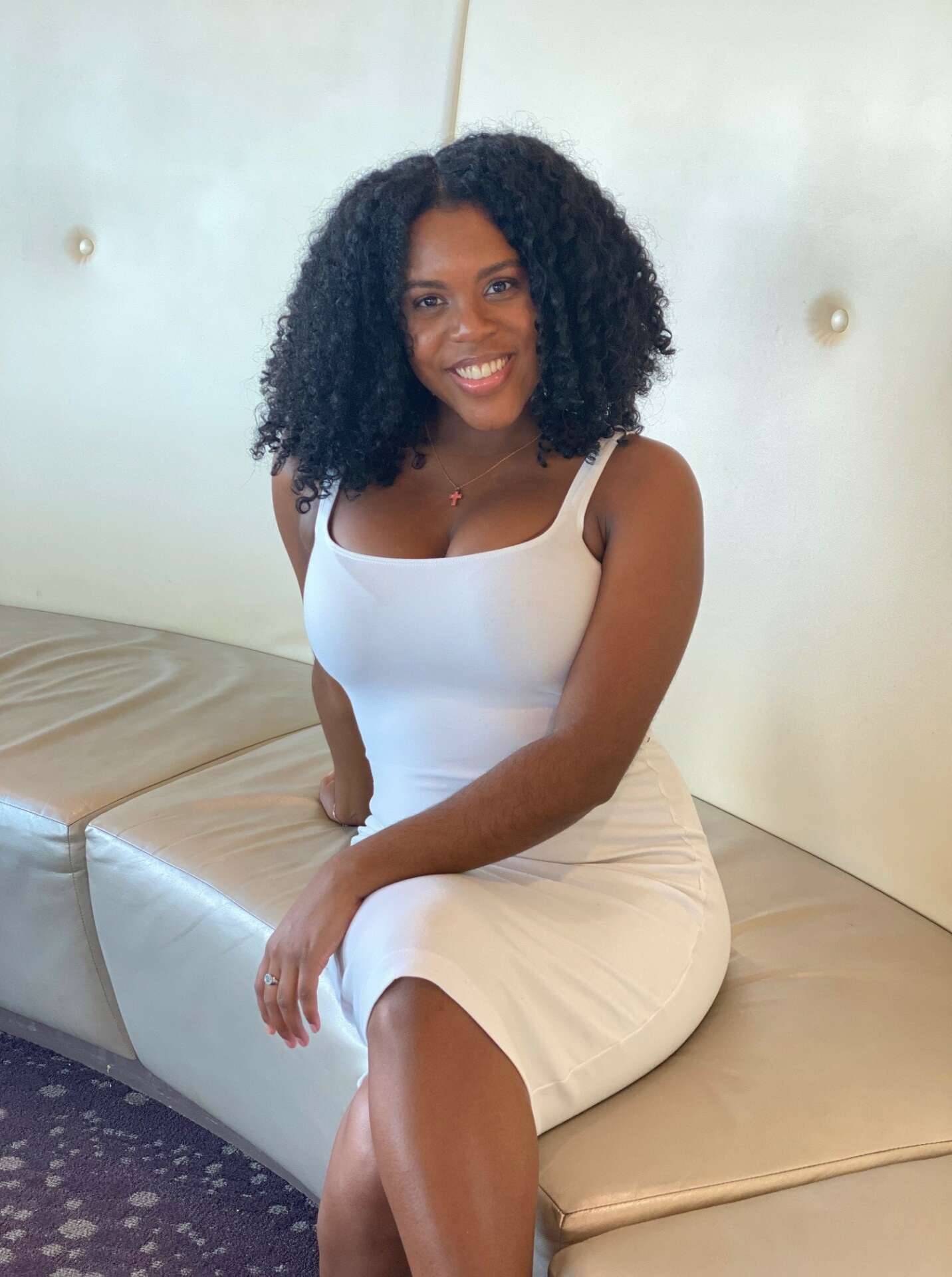 Never would I have imagined starting my own practice this soon in my career. When I was younger, I assumed I wouldn’t be able to have my own practice until I was at least 30. But with Covid, and the rise of Telehealth visits, creating my own practice became a dream much sooner than I expected. I probably originally decided to start my own practice when I was a teenager, watching Private Practice (The Grey’s Anatomy spin off.) But I didn’t decide to put this dream into motion until January of 2021. Read more>> 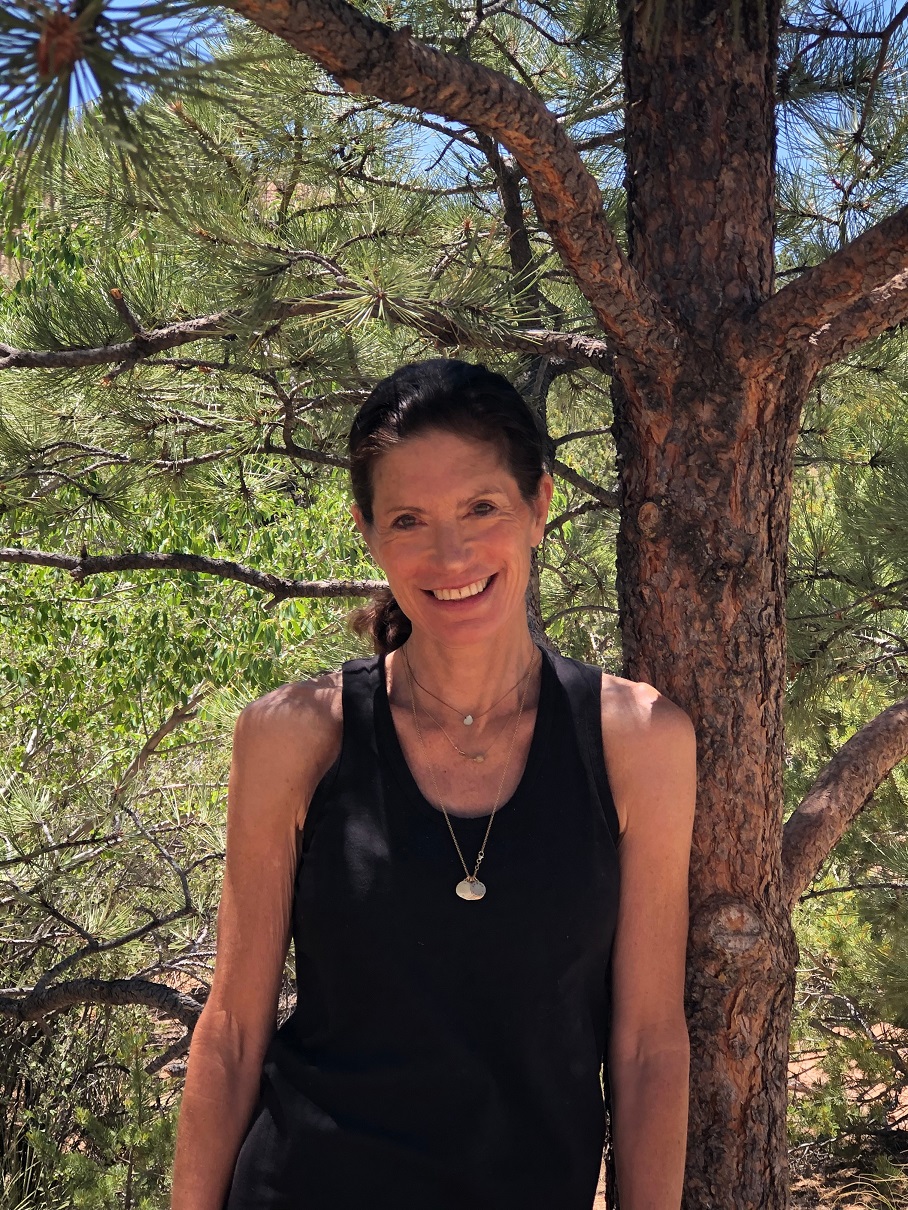 I had always worked for other people, including in medicine. Right out of residency at NYUI was hired at a prestigious Faculty practice there. When I moved with my husband and young children to Santa fe NM I joined the hospital-affiliated practice there. Great jobs, well respected, safe. However, I was also trained in medical anthropology and ayurvedic medicine so I really believed in what was first called alternative medicine, then complementary medicine and now integrative medcine. But at the time, working for other MDs, I kept those practices quiet. Most MDs thought it was all “quack” stuff. Read more>> 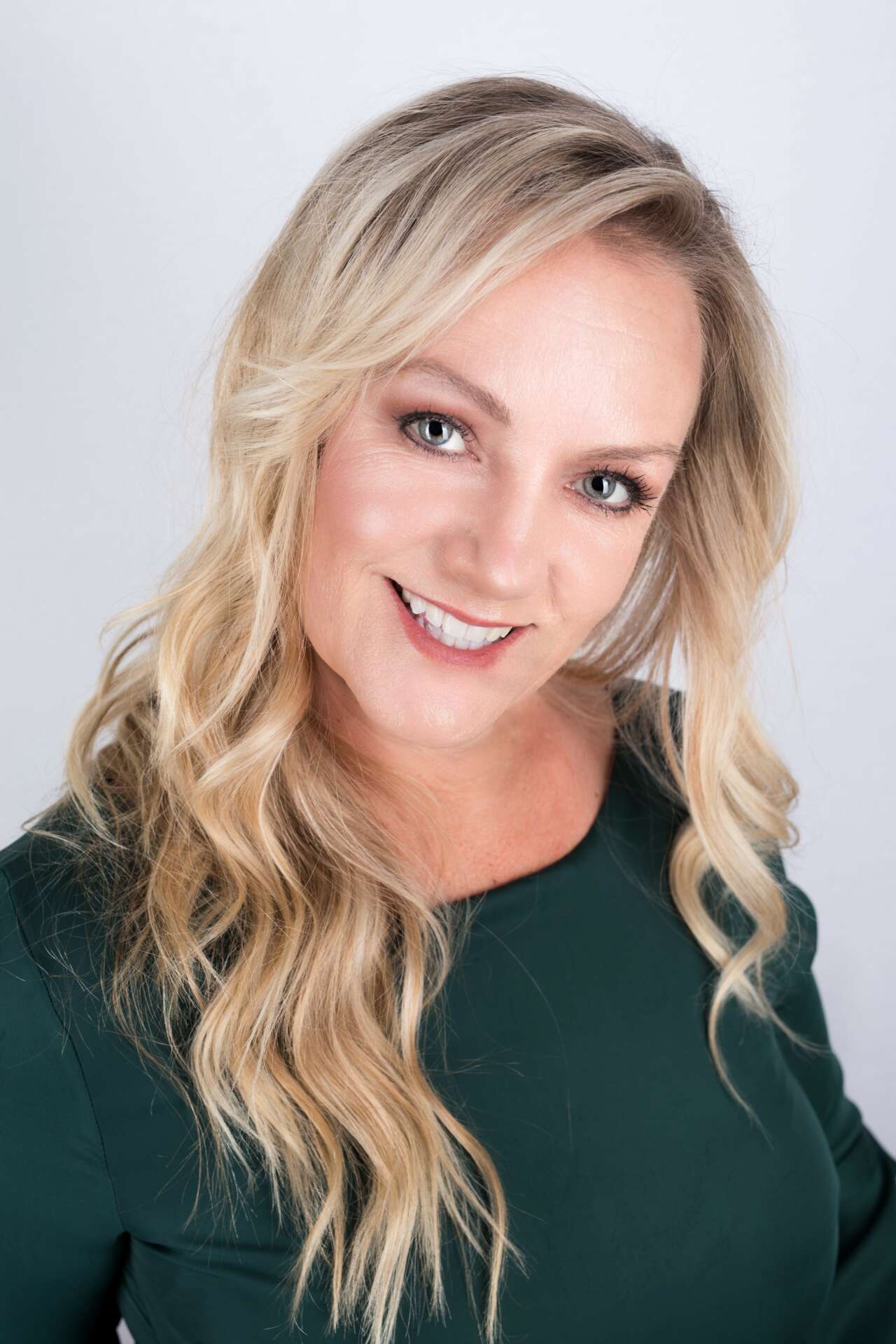 Like many newly licensed psychotherapists, I began my career working at large, established community agencies. I quickly realized that I could serve the population I wanted to serve and make the same, if not more, money in a private practice setting. Fear of not having a regular paycheck keeps many talented clinicians working in an agency setting where they are limited to the population they get to work with and discovering their unique talents and skill. So I rented a little office and started my journey in private practice. I quickly realized I wasn’t going to make a million dollars being by myself in private practice so I decided to rent the whole suite and also sublet office space to other clinicians. Read more>> 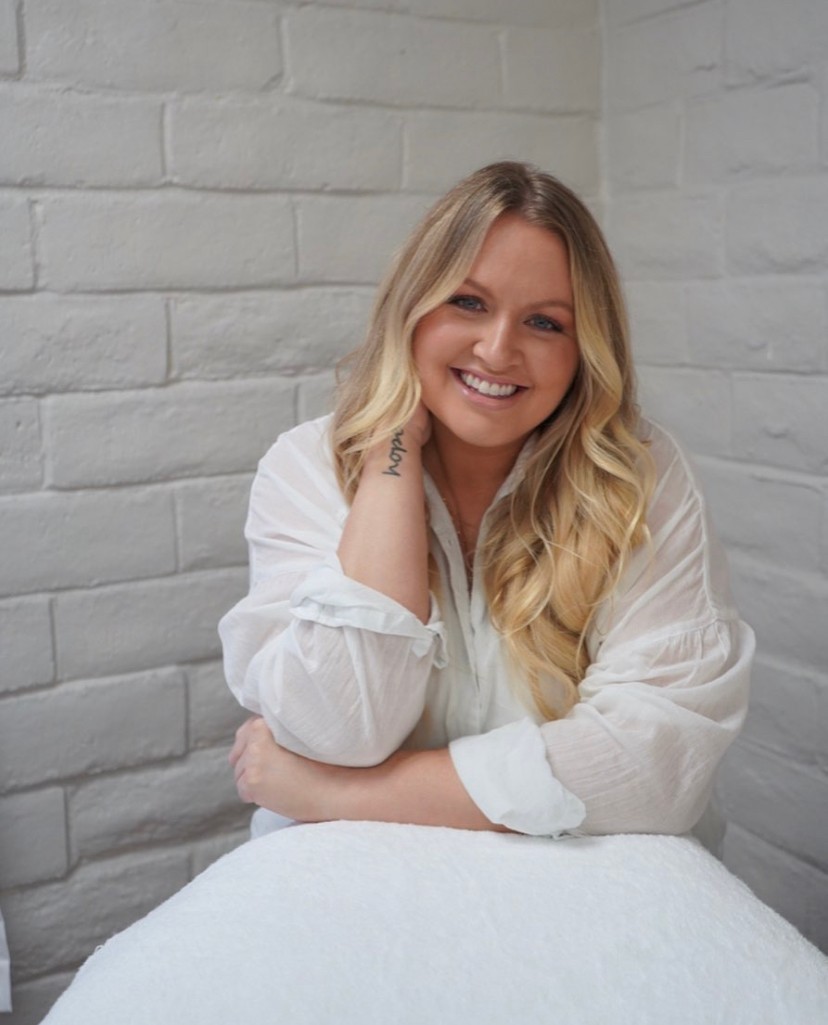 I took a big leap and opened a skincare studio without a clientele. I have been a licensed esthetician for almost 2 decades but I have always worked in large day spas in St. Louis, MO. When I moved to San Diego I decided to open a private practice and I knew that my networking, previous local jobs and my years of experience would help me to grow my dream clientele. I have also founded and voluntarily run a non- profit in St. Louis the same way. Networking, established connections and organization. That grew to offer support in 49 states and over a quarter of a million dollars in financial support to young adults with cancer. Read more>> 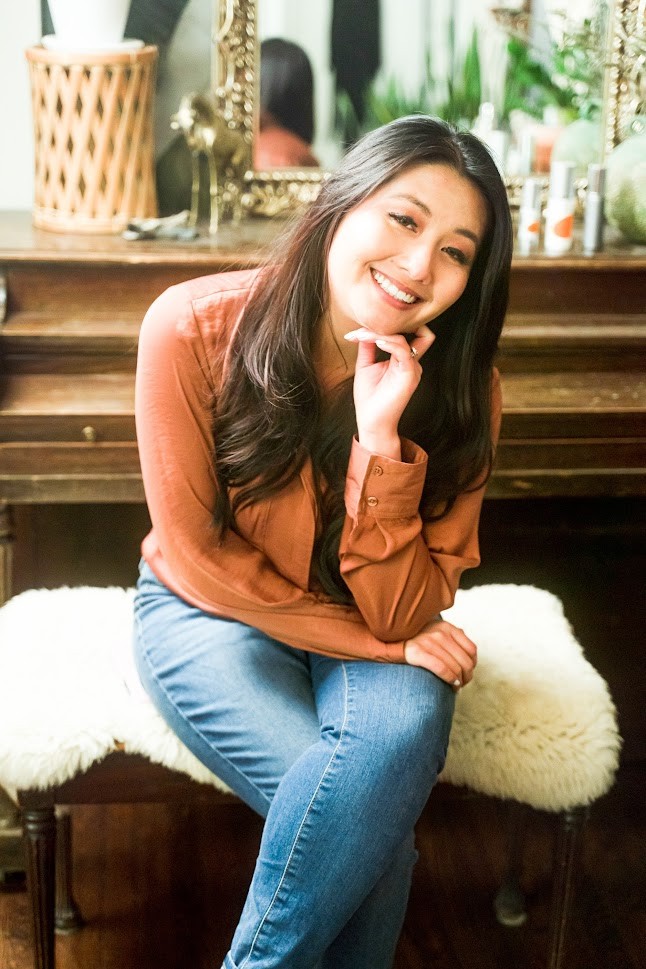 By far, the biggest step in setting up my own practice was deciding to do it! Over this past year of being open, countless friends, family, and clients have expressed their own personal desire to start a business. Many have great ideas I believe would be successful, but the greatest challenge they face is getting over the fear of possible failure. It’s no secret that many new businesses fail within the first year, a fact that scares people away from giving it a shot. Having an established support structure will definitely help push you toward making that decision; my husband and family cheering, “You can do it!” was a major driving factor for me. Read more>> 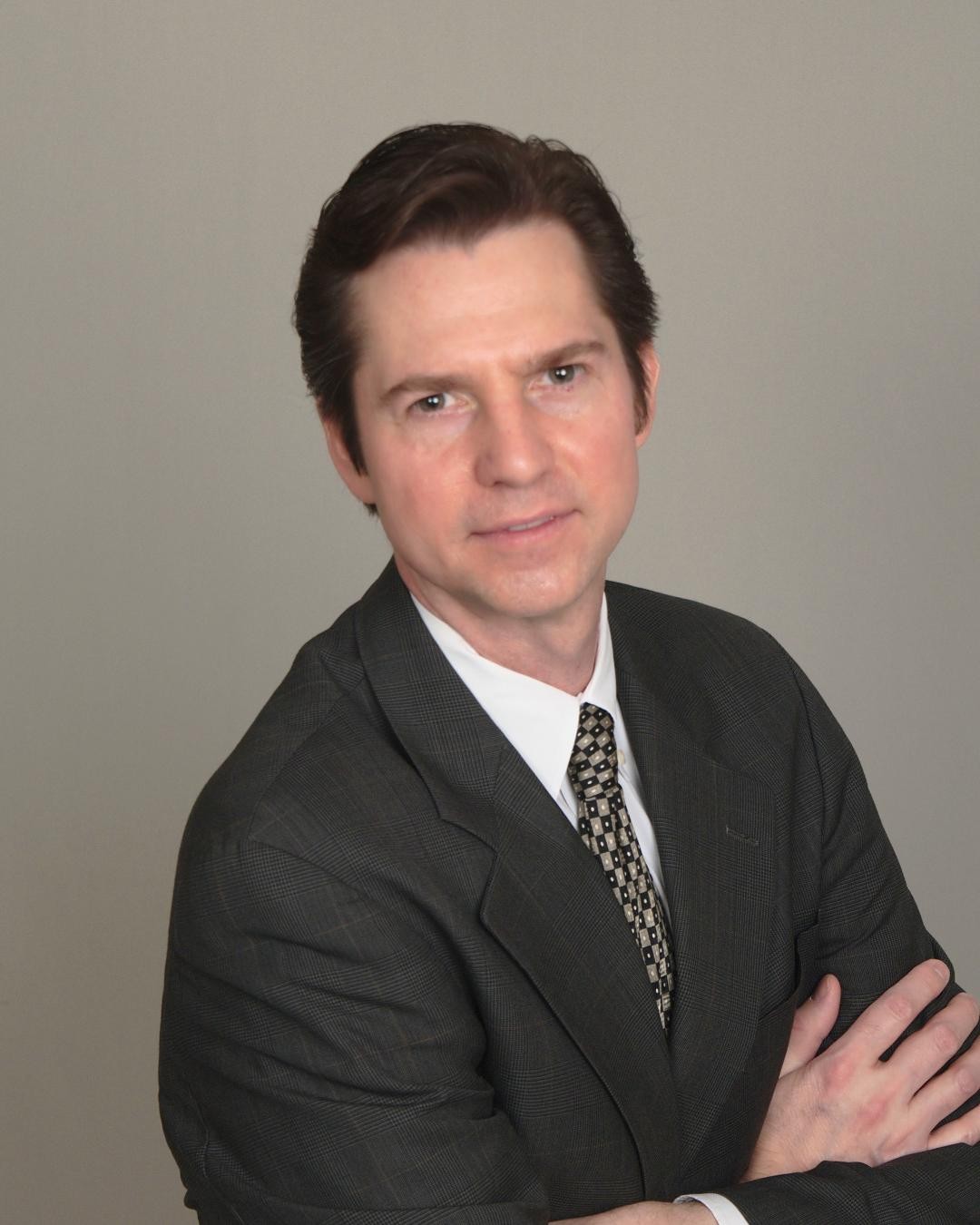 Neural enhancement changed my life. I know firsthand what it’s like to live a fast-paced, high-stress life. I spent twenty years as a Stockbroker and Military Police Officer, serving the country overseas and at the Atlanta Summer Olympics. For years, I felt over-stimulated, unfocused, and completely depleted of energy. I had lost my vitality and sense of self-care in pursuit of success. Unknowingly to me, my body and mind were trying to tell me that enough was enough. Read more>>

I met the other founders of The Alkimie Collective in 2020 when the world had shut down and we were all confined to our homes and looking for connection. We were all marketing professionals who had been running our businesses for different lengths of time. We started informally and started to talk more and more as a mutual support system. Gradually we started to team up to pitch and work on clients and did that for about a year. At that point, we thought about formalizing the working relationship in some way and were working out how to do it. All of us had individual businesses and wanted to keep things simple for something new so we decided on a collective model. Read more>>

I’ve always been driven by intellectual curiosity. I like to understand the why and how of different subjects or actions. During my last year of grad school, I was somewhat bored with my career, and starting a business seemed like the next challenge I wanted to take on. Although I felt like I didn’t know much, I knew I could ‘figure it out’. I also left college thinking I would have liked to have been exposed to industries we don’t often learn about, meet young female business owners, and have received mentorship. This opened the idea of creating an internship program for student interns to gain high-level industry experience before graduation. Read more>>