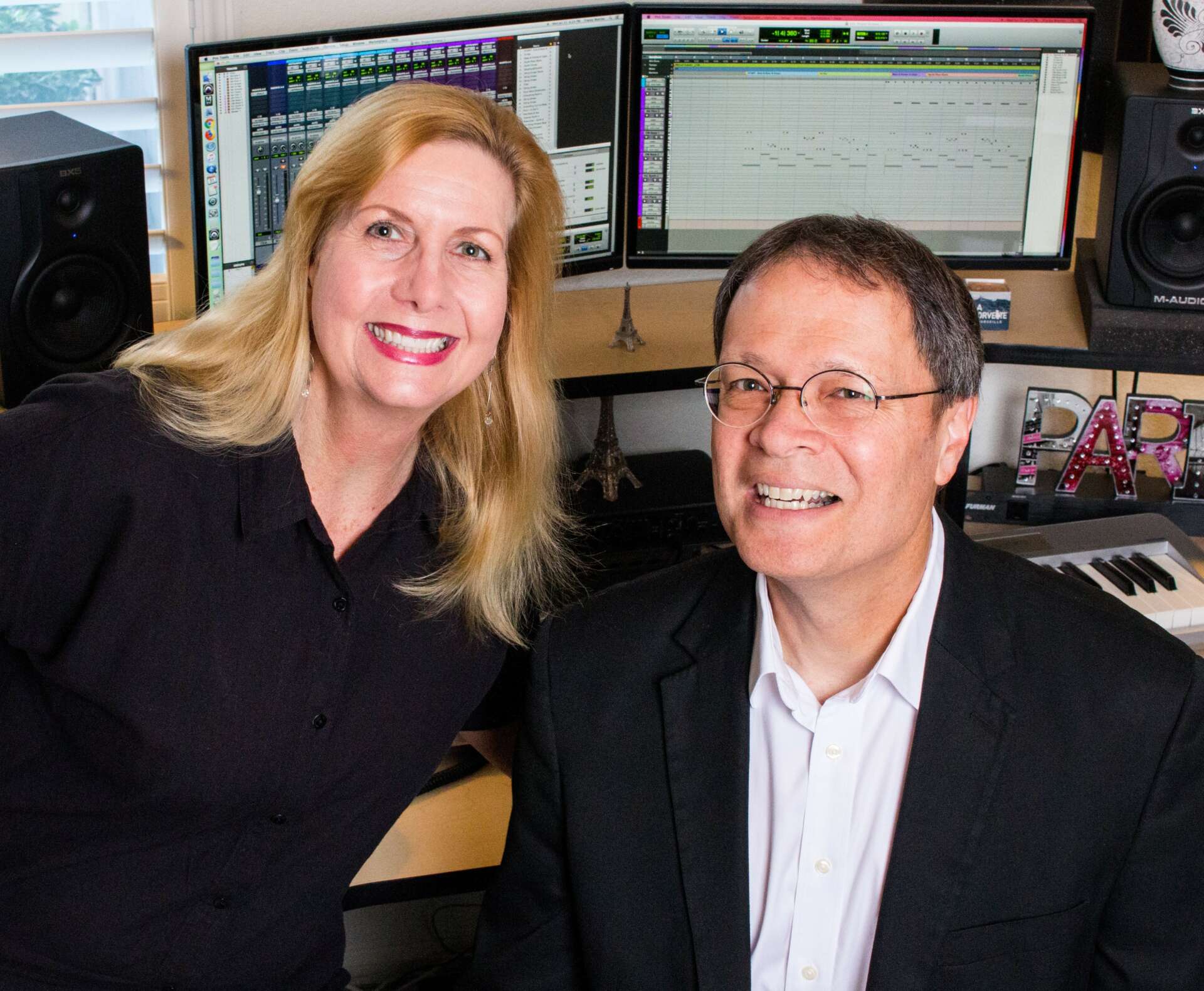 Hi Tracey and Vance, thanks for joining us today. It’s always helpful to hear about times when someone’s had to take a risk – how did they think through the decision, why did they take the risk, and what ended up happening. We’d love to hear about a risk you’ve taken.

Taking a risk is scary for most people. Change is hard, but there’s an expression, “When you change, you grow.” Ever since we could remember, we wanted to write and record our own, original music. However, the technology at that time was too expensive, very intimidating, oversized, and out-of-reach. That all changed in 2002 when we bought our first professional, digital Pro Tools recording setup. After spending a fortune and bringing all the equipment home and setting it up, we had no idea how to use it. This was before YouTube tutorials, and the only type of instruction came from a book we found at a local music store. The information and terminology were way over our heads, and many times we thought about quitting, but we felt compelled to learn. There was no turning back. After many frustrating and seemingly hopeless months, we prevailed. It was life-changing and put us on the path to writing music for film and TV. Since then we’ve written more than 3,000 songs and instrumentals.

More recently, we had a dream of writing a book about getting music placements in film, TV, and other media. Becoming successful in this side of the music industry was long and difficult for us, so we wanted to share tips with others starting out on their music journey.

Several years ago, we had formed a friendship with a woman at a professional music organization that’s known as the “California Copyright Conference” (the CCC.org). Unbeknownst to us at the time, this woman was a past president of the CCC. She was also an editor and literary agent who has worked on more than 2,000 books. Half-jokingly, we said, “Maybe you can help us with our book,” to which she replied, “Yes. Let’s talk.” A few months later, she set us up with a major publisher. Nervously, we handed the publisher our carefully bound outline, complete with a colorful cover, table of contents, and a couple of chapter samples. A half hour later, we had our first book deal. This was in January 2020. As we drove home from our meeting, we wondered: Why did we take this risk? Would it pay off? Do we have enough material to write a book? Would anyone want to read it? Most importantly, how will we find the time to write it? And then the pandemic happened six weeks later. Fast forward two years, and on May 15, 2022, our new book, Hey! That’s My Song! A Guide to Getting Music Placements in Film, TV, and Media, debuted at #1 in Songwriting and #1 New Release in Music Business. 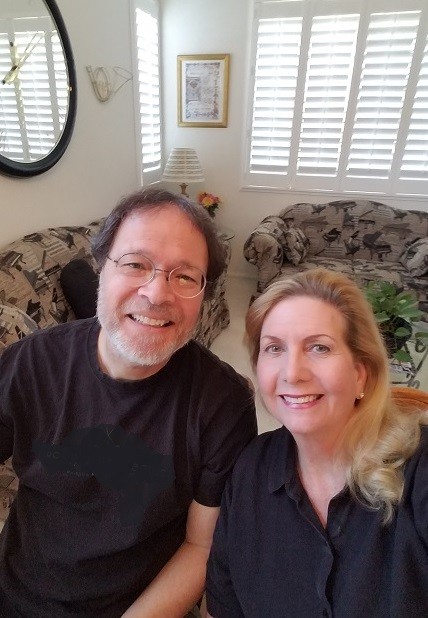 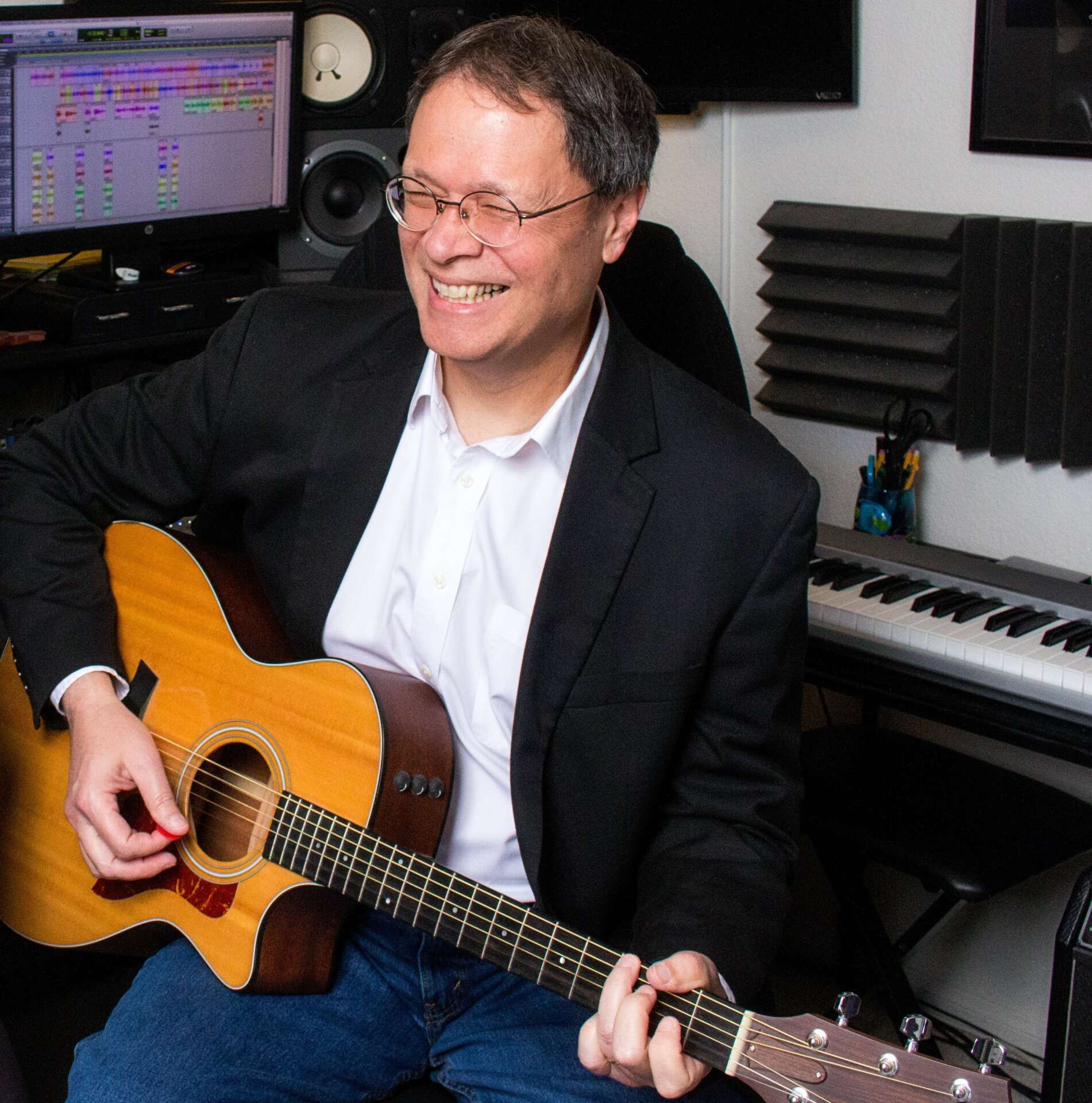 We started out as musicians who sang and played in bands and various groups for many years. It was fun, but moving heavy instruments, speakers, and equipment is tough. There was also the stress of getting to the gig and hoping everything will work. Concurrently, we would write songs and make trips to Los Angeles and Nashville, but the odds of getting a hit song on the charts are astronomical. We also dabbled in custom film scoring, but that wasn’t a good fit, either. As luck would have it, we attended a large music convention and discovered something called “the music licensing business” (also known as “getting sync”).

Writing for sync was an entirely different world. Sync music means the video (or project) is first created, then the music is selected and “synchronized” to what’s happening in the scene. This involves writing music that has a very specific mood or feel. It can be used for film, TV shows, commercials, movie trailers, video games, and other types of media. The music can also be in live performances, sports games, musical theater, toys, slot machines, radio promos—the possibilities are endless. Our music has been used in all of these scenarios. For example, say you are watching a romantic comedy and a couple enters an elegant restaurant. You hear a jazz trio playing. This jazz music has been “synced” to the scene. Many times, sync music is background music, but not always. One job of sync music is to enhance an emotion or feeling one of the characters is experiencing. If you watch an infomercial, you’ll notice the music is usually upbeat, positive, and energetic. After all, they do want you to buy something!

The sync music business is extremely competitive. Starting out, we realized we were not very competitive, and in fact, we were quite shy. Networking was not our strength. We decided to overcome this obstacle because it’s crucial to know people. Forming long-lasting relationships is so important in any business, especially the music business. After reading books such as Good In a Room by Stephanie Palmer, and Networking Strategies for the New Music Business by Dan Kimpel, we felt more confident attending events. It really was like “immersion therapy.” The more events we attended, the more comfortable networking became, and after a while, we started looking forward to it. Now we see it as a way to make friends and connect people to each other.

The most important tip we can offer to those wondering how to create trusted relationships is: Follow up. It’s really that simple. We have gotten more opportunities and made lasting friendships because we took the time to write an email to someone after meeting them and they responded. Creating music can be a lonely profession, so it’s important to find a community and a support system. It’s also imperative to stay positive. There is always rejection and disappointment in the music business. Deal with setbacks by keeping a sense of humor and try not to dwell on the heartaches. We celebrate the tiniest victories each week and put a positive spin on the rebuffs. Music is art, and not everyone appreciates, enjoys, or understands it. 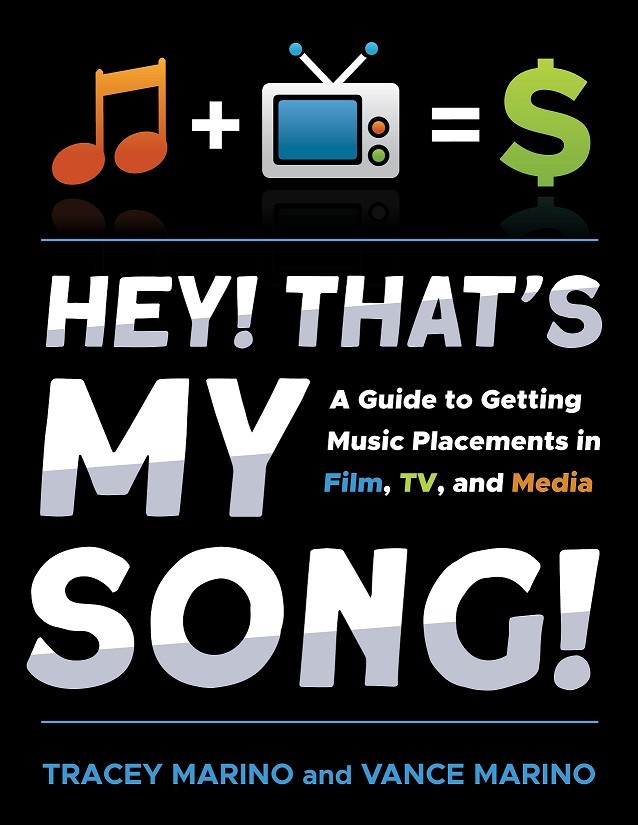 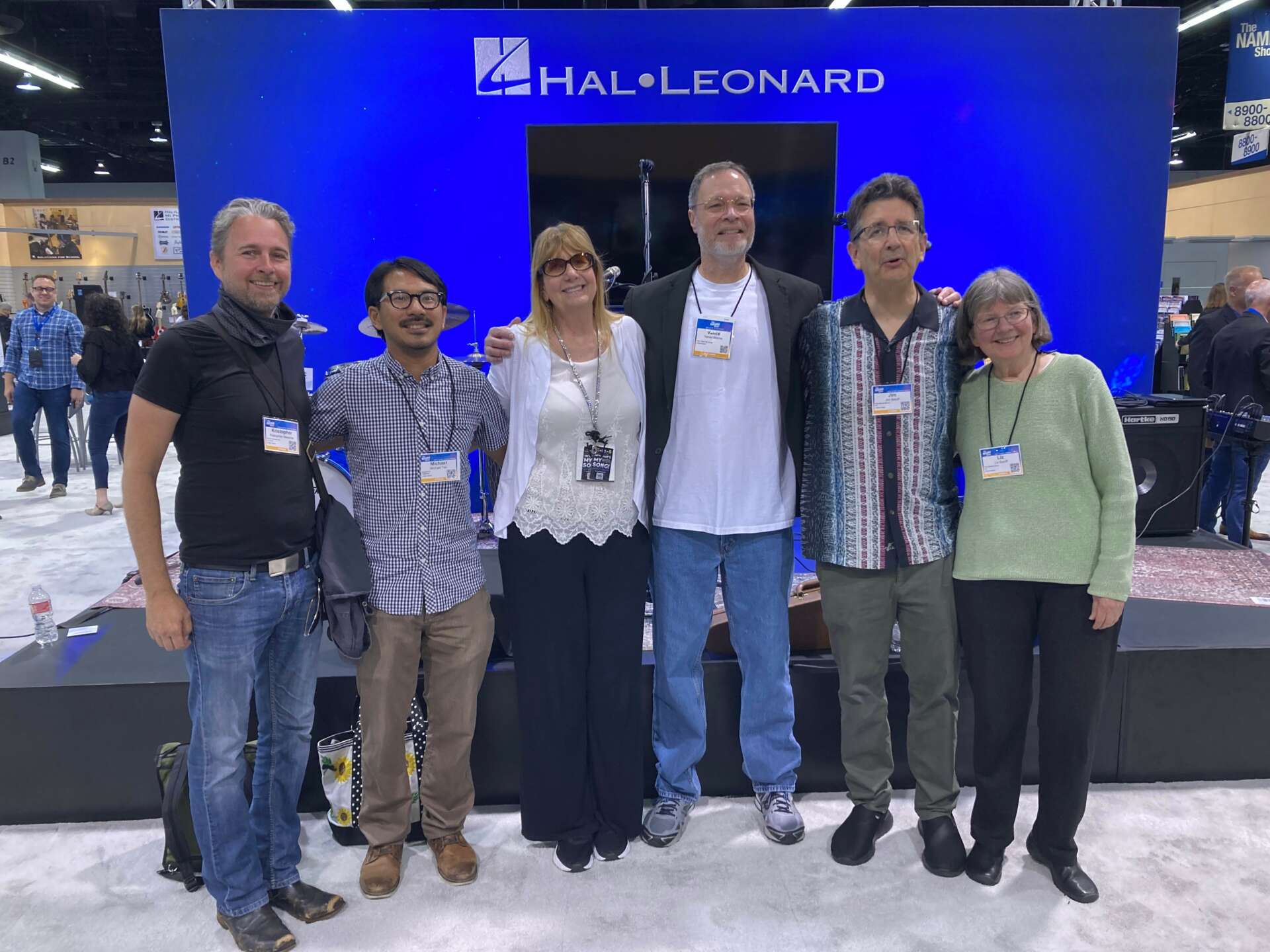 As we mentioned, rejection in the music business is legendary. There are hundreds of stories about successes, but thousands of stories about failures. There’s the band that almost got a record deal… The songwriter who almost got a song cut by a major artist… The composer who missed a deadline and was taken off of a feature film. The list goes on. But we’ve learned lessons from hearing these stories: Be resilient; keep improving your craft; and most of all, never quit.

It seems when we’ve been on the brink of giving up, something wonderful would happen. One example, a music publisher asked us to write some big, bombastic rock instrumentals. We did, but they weren’t exactly what he had in mind. It was crushing because we spent a lot of time and effort on these pieces. So, we offered the music to another music publisher who accepted them. That publisher placed one of the songs in a TV reality show called “Forged in Fire,” and it was used for years on every episode as the contestants were being introduced. Another time, we wanted to write music for a talk show. The music publisher was at first interested, but after having several pleasant email exchanges, we didn’t hear back from him. For months, we kept following up, but nothing. So we moved on. One year later, we unexpectedly got a very nice email from him apologizing and asking us to write music for the show. He was just extremely busy. This is how it is in the music industry, and you can’t take it personally. 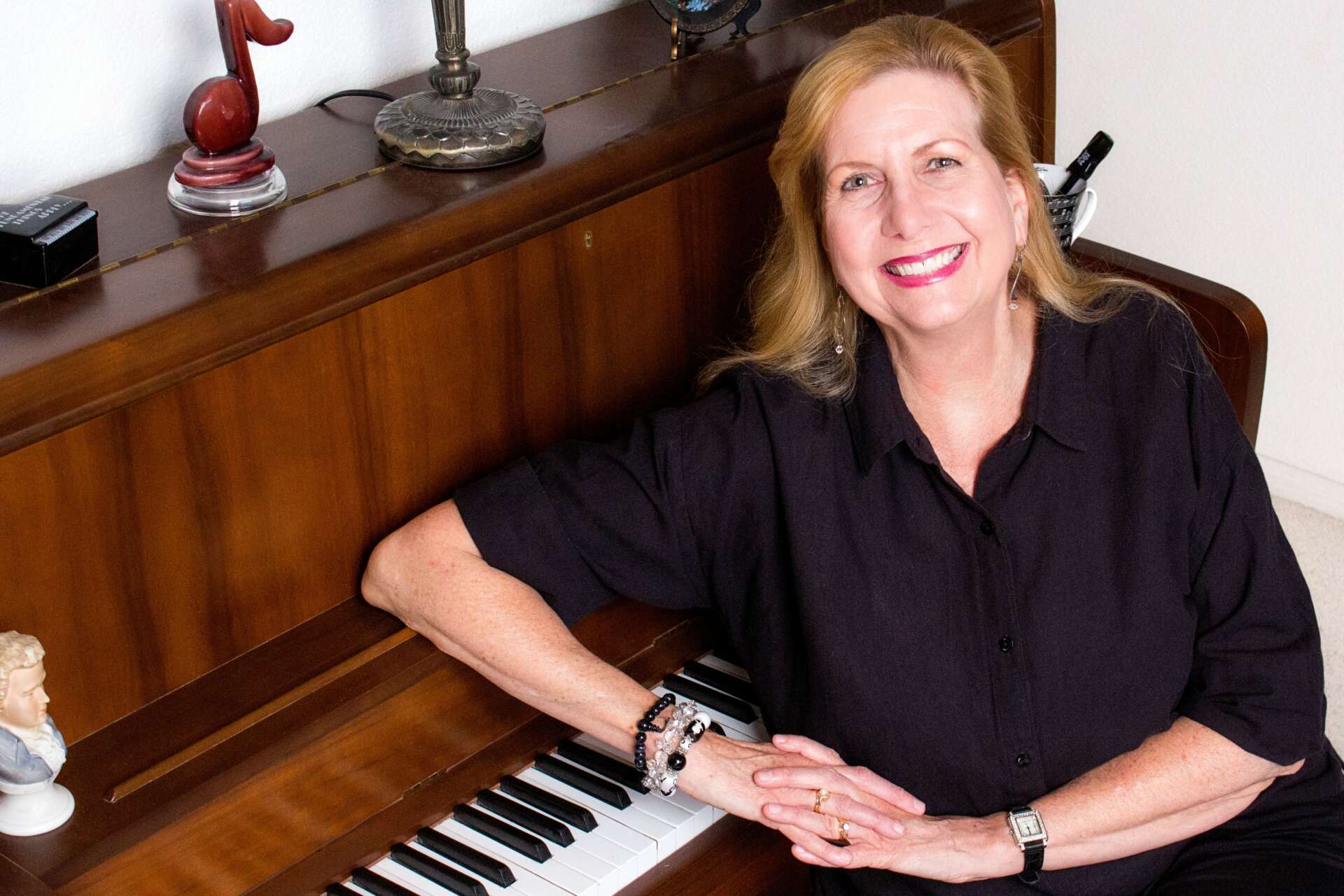 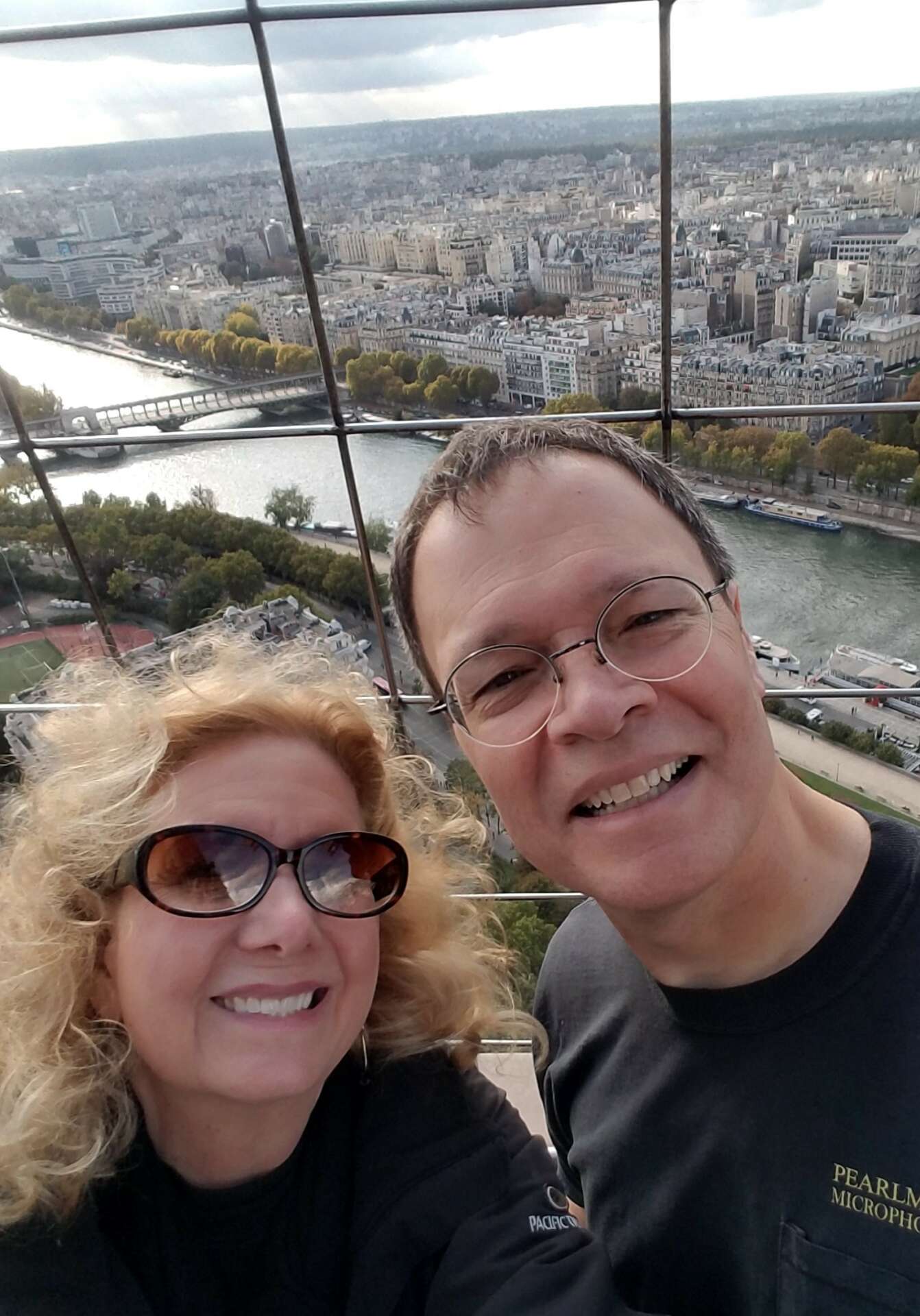 One secret we discovered on our creative journey is to join professional music organizations. Many of our favorite ones are listed in our book. We know creatives who get upset when they hear, “It’s all about who you know!” To this we say, “Yes, this may be true,” but it’s also about “Who knows you?” If you spend your waking hours creating music in your studio, but you don’t get out and meet people who can do something with your music, it’s a hobby, or you will most likely have limited success. Some may find opportunities, but you will increase your chances by being involved with music organizations. This is how we met music attorneys, publishers, A&R reps, music supervisors, collaborators, producers, and many others who have given us expert advice and helped us on our musical journey.