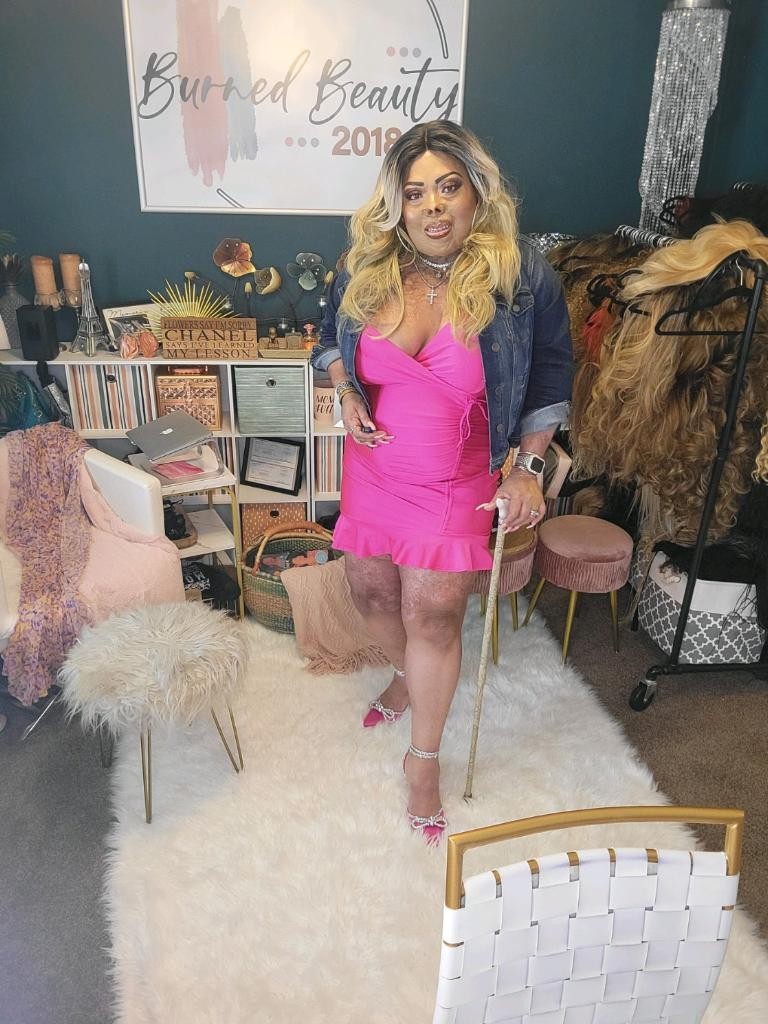 We recently connected with Tonya Meisenbach aka Burned Beauty 2018 and have shared our conversation below.

Tonya, looking forward to hearing all of your stories today. Let’s jump back to the first dollar you earned as a creative? What can you share with us about how it happened?

I was burned over the upper 35% of my body in December 2018. My entire face, neck, chest, upper back and both arms were replaced with skin grafts.

Once I was discharged from the hospital, I went back monthly for reconstructive surgery. Unfortunately, those surgeries were halted by Covid in March of 2020. I fell into a deep depression and hid in my house for 2 1/2 years.

That’s when it occurred to me that I may never earn another dollar in my life.

I made a video to let my Facebook friends know what had happened to me and that’s when it happened. Other people saw the video and started messaging me to thank me for inspiring them to show themselves and do their hair and makeup as I had. They thought it was brave.

I didn’t understand, but I loved the feeling of helping other survivors, so I started doing different hair and makeup daily and posting pics to Instagram along with my thoughts for the day. Mostly optimistic, occasionally not, but always real.

Several months passed and then one day Dermablend Cosmetics/Loreal contacted me and offered to pay me to make a TikTok.

I couldn’t believe it. I made the TikTok and received payment in a month.

Since then, I have continued working as a Brand Ambassador and I work to inspire and encourage others daily.

Honestly, if the Dermablend payment was all I ever received, I could have lived with that. Just knowing that I DID earn another dollar after the accident gives me so much joy. It lets me know that I am still perfect exactly as I am. 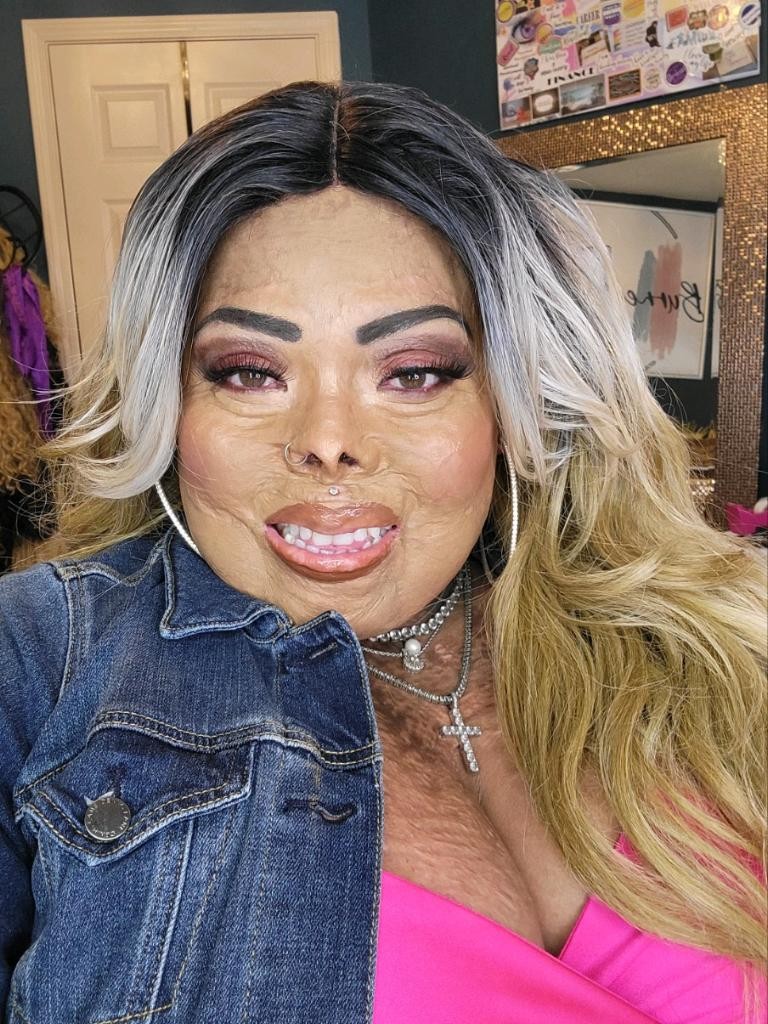 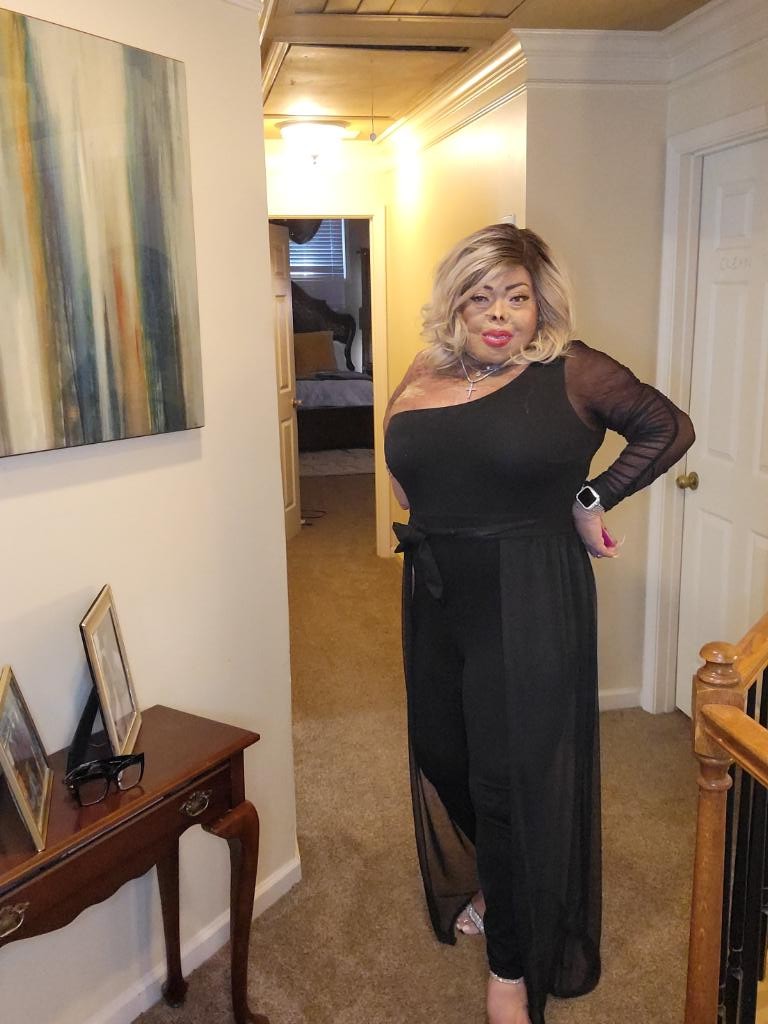 Tonya, before we move on to more of these sorts of questions, can you take some time to bring our readers up to speed on you and what you do?

I am a wife, mother of two adult children, luminary and humanitarian currently living in Atlanta, GA. After being burned over 35% of my upper body and almost losing the battle, I now use hair, and makeup, tutorials and social media posts to help inspire and encourage others in their recovery.

Formerly a Paralegal and Realtor, I have always enjoyed helping others. I want all survivors to understand that their wounds will heal and that, with the right mindset, they can do, be and accomplish anything.

I try to respond to all messages and I do my best to help in an appropriate manner. My following on Facebook has grown so quickly that I am behind on those messages.

One day my caretaker told me that I needed to look at myself in the mirror and really see who I was and how I was healing. Somehow my face had healed so much better than I could’ve ever imagined and it did so without all of the surgeries that had been planned.

To me it was miraculous. So, I decided to make a post on Facebook just to tell all the people I know where I had been for 2 1/2 years. You see, only a few people knew I had been burned. Everyone else was just wondering what happened to me.

After I made the post there were many questions, so I decided to make a video that I could post on Facebook and not have to answer the same questions over and over again. At the time I didn’t know a lot about YouTube or Facebook. I didn’t realize that people that didn’t know me would easily be able to find my video.

Ever since that day I have been doing my makeup and posting pictures and thoughts to Instagram and Facebook to encourage people who are struggling with the scars and grief and loss as I was.

I somehow became a 48-year-old social media influencer! And I honestly just love it. I consider it to be a business just like my nonprofit that I started. 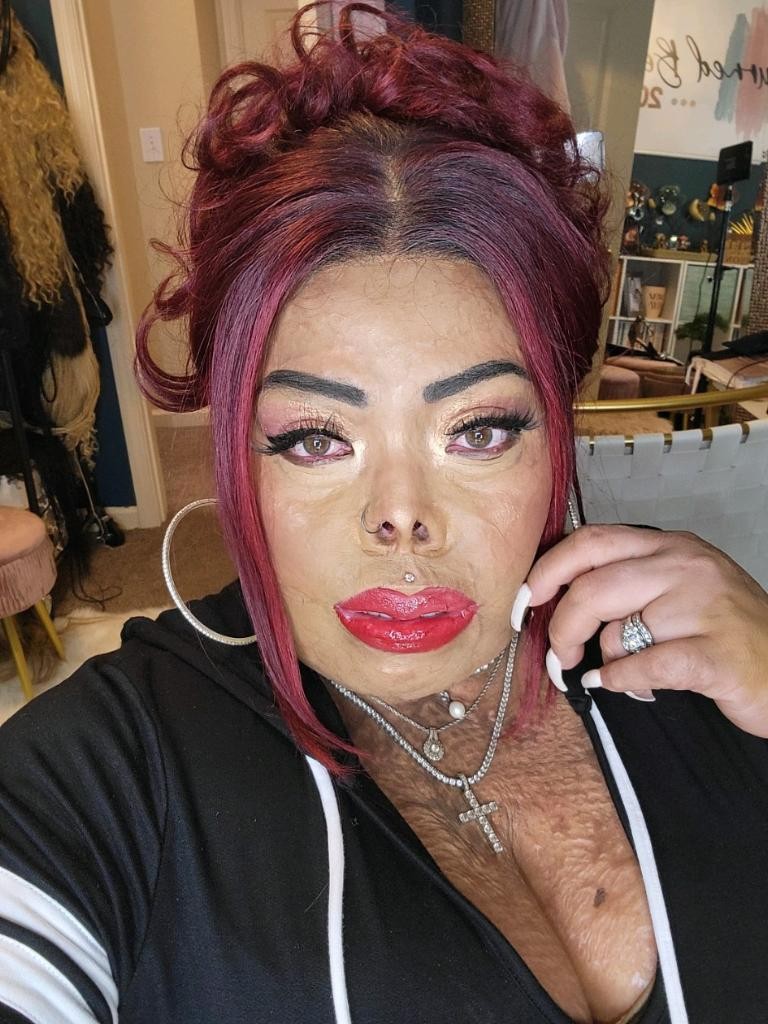 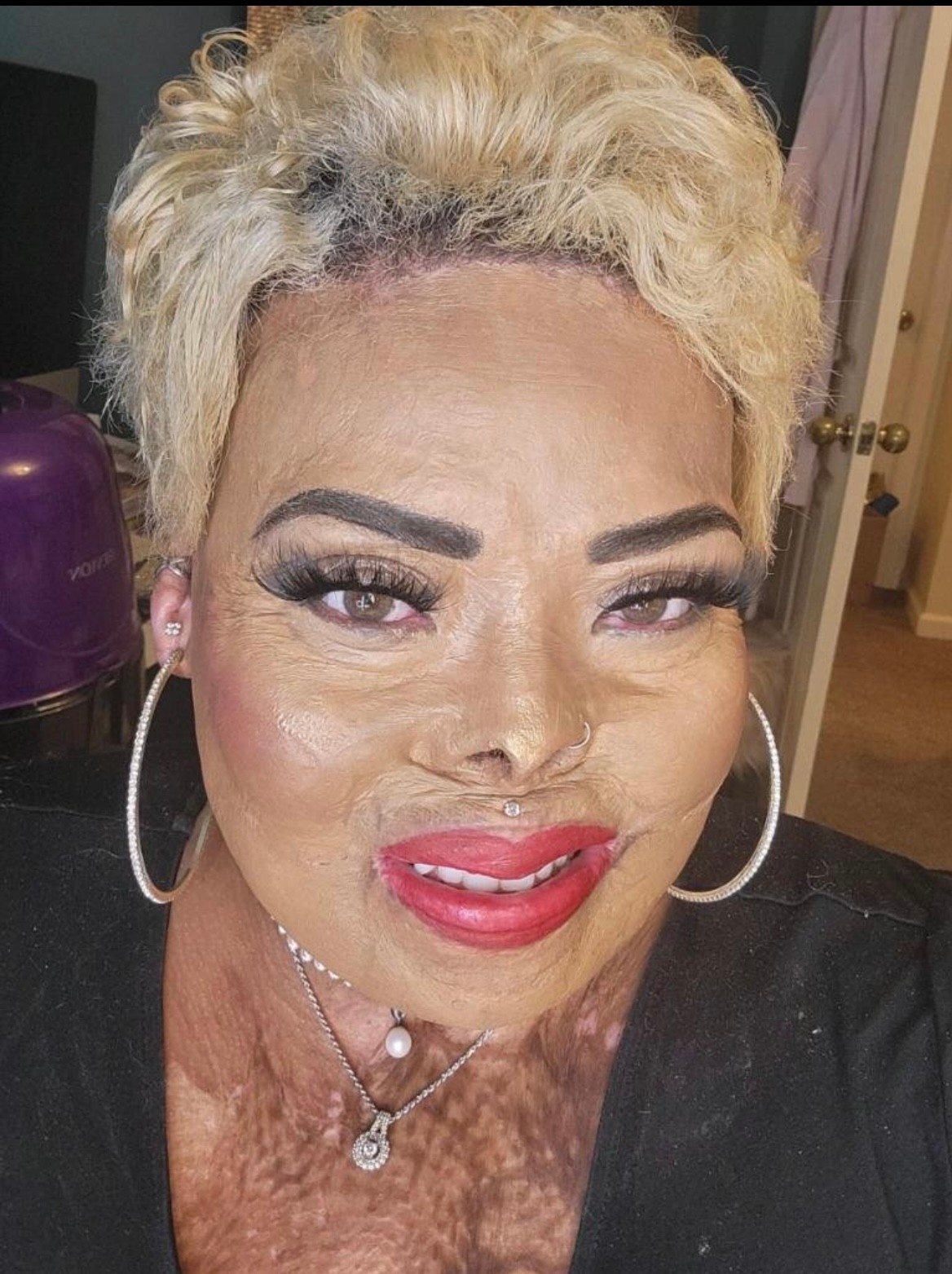 I actually got my first brand ambassador deal with Dermablend and Loreal through TikTok and that was amazing!

I have to admit that there were times that were very discouraging on TikTok particularly. People looking at the scars on my chest and saying that they were hair and asking me if I was male or female, which is just not appropriate whether I am or not. Sadly, it made me doubt myself. A video that I made and thought I was beautiful in was being ridiculed, not just by trolls, but by the vast majority of people on the platform. I’ve only had these skin grafts for a few years. Do they look like chest hair and I just never realized it? Should I keep them covered? Those were the questions I asked myself.

Never having been one to give up, I trudged ahead. I continued making videos. I continued to show how beautiful we are as burn survivors with or without makeup.

All of this is important because last week I made a video showing myself before burns/one year after burns/now. It was a beautiful video of transformation that garnered 25,000 views in only a few hours and 1,000 likes, until someone complained.

I thought “no problem” and appealed and within MINUTES I received a message that my video contained “violent and graphic content” and had been removed and the content could not be restored. I was in violation of the community guidelines.

I reposted my video with an explanation of what happened as part of the video and people are viewing it and no one has complained. I was afraid that TikTok would delete my account because I have the three other incidents where I WON the appeal, but they’re still counting against me and then this final incident puts me on “account warning” and if any one else complains I may be done on TikTok. That’s not ideal for an influencer.

That’s okay with me, because people draw inspiration from seeing other people in situations like theirs when those other people survive and even thrive.

As an aside, I read those community guidelines that I was being told I was violating and there’s actually a stipulation that allows actual death to be shown if it’s in the public interest to do so. Actual death.

My face and my pride in it, scarred or not, and the way my life has changed since the burns is in greater public interest and I will continue to spread it until I have no more breath.