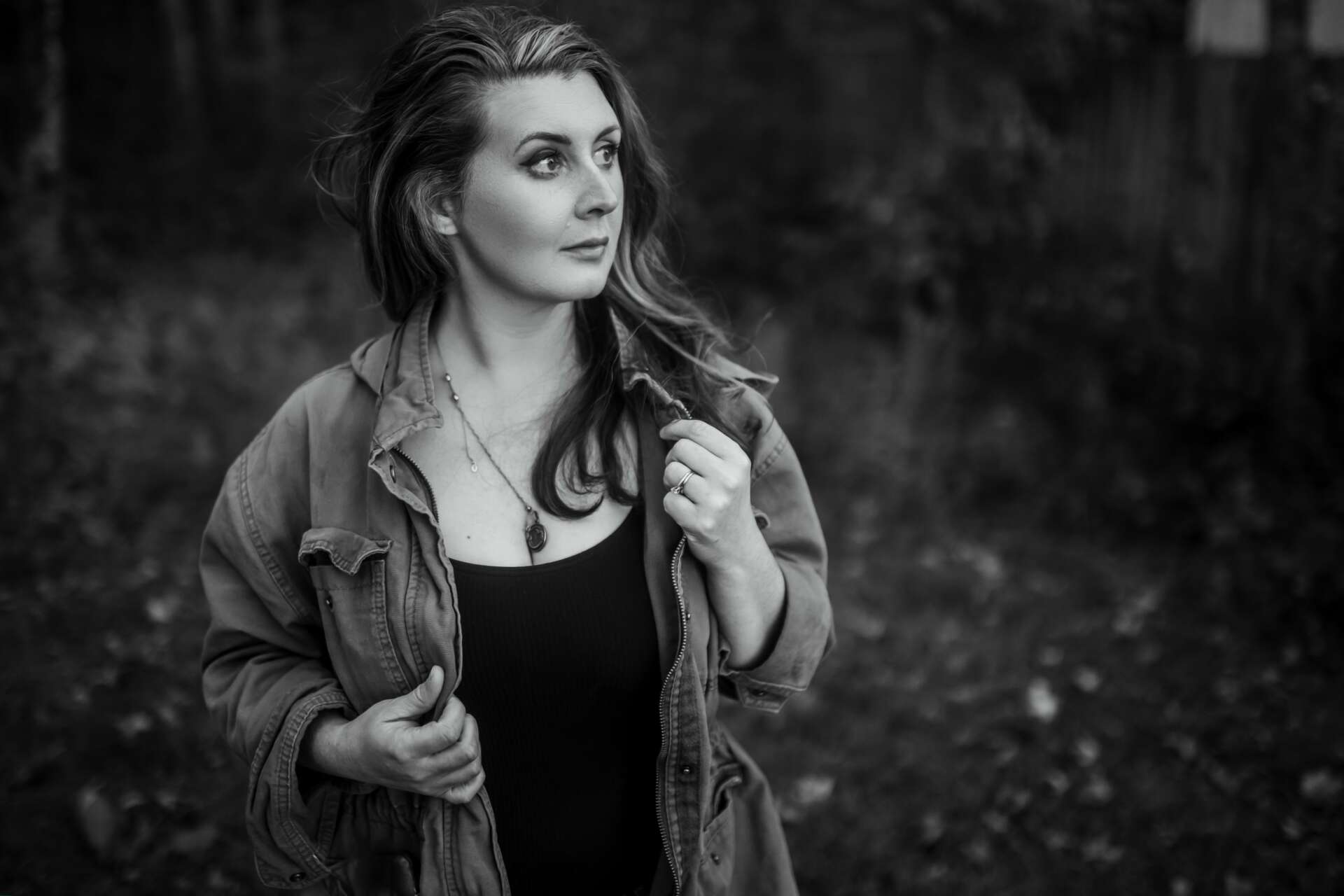 We caught up with the brilliant and insightful Stephanie Barnhill Neal a few weeks ago and have shared our conversation below.

Alright, Stephanie thanks for taking the time to share your stories and insights with us today. What’s been the most meaningful project you’ve worked on?

It is challenging to pinpoint the most meaningful project as so much of my work revolves around North Carolina’s history and stories. As a multigenerational North Carolinian, preserving the state’s history is so vitally important and I’m so inspired by the stories, the struggles, and the endurance of its people. I suppose that’s why I went into work mode after my own great loss. Last year, my grandmother’s home was the target of arson, and a month later we lost my step-father tragically. It was such a blur of grief and shock in the months that followed but I knew I needed to capture the aftermath. After I gained permission from the homeowners and my family, I drove out with my camera. There were so many moments that I really focused on the camera work, so as to not allow the gravity of the situation to pull me under. It was heavy, so heavy. I was also worried about how to tell an authentic story without causing my family harm. In the end, I knew the value of a photograph. Despite what the camera captured, it was a story that deserved to be told. Frankly, It was one of the most complicated projects of my life, I was essentially exposing my family and their vulnerabilities to the world. Yet, at the same time, I was also showing what grief, trauma, and starting over look like. By sharing the images and the story, I hope that in some small way I have helped someone else who is struggling. Allowing myself to just be a photographer in those moments helped with my own grieving and acceptance. I couldn’t process it then, but looking at the photographs over the last couple of months has allowed me to understand and begin to heal. 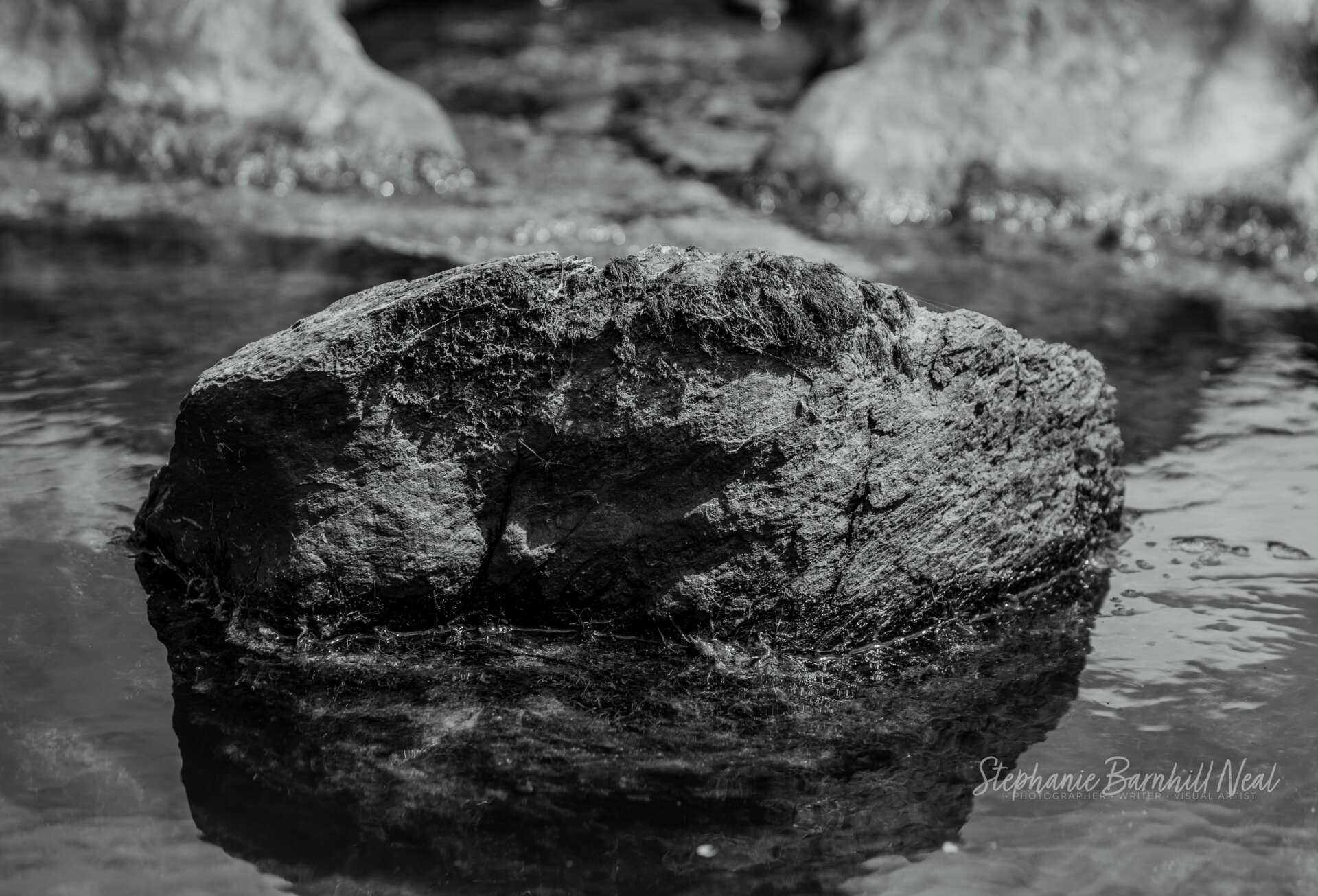 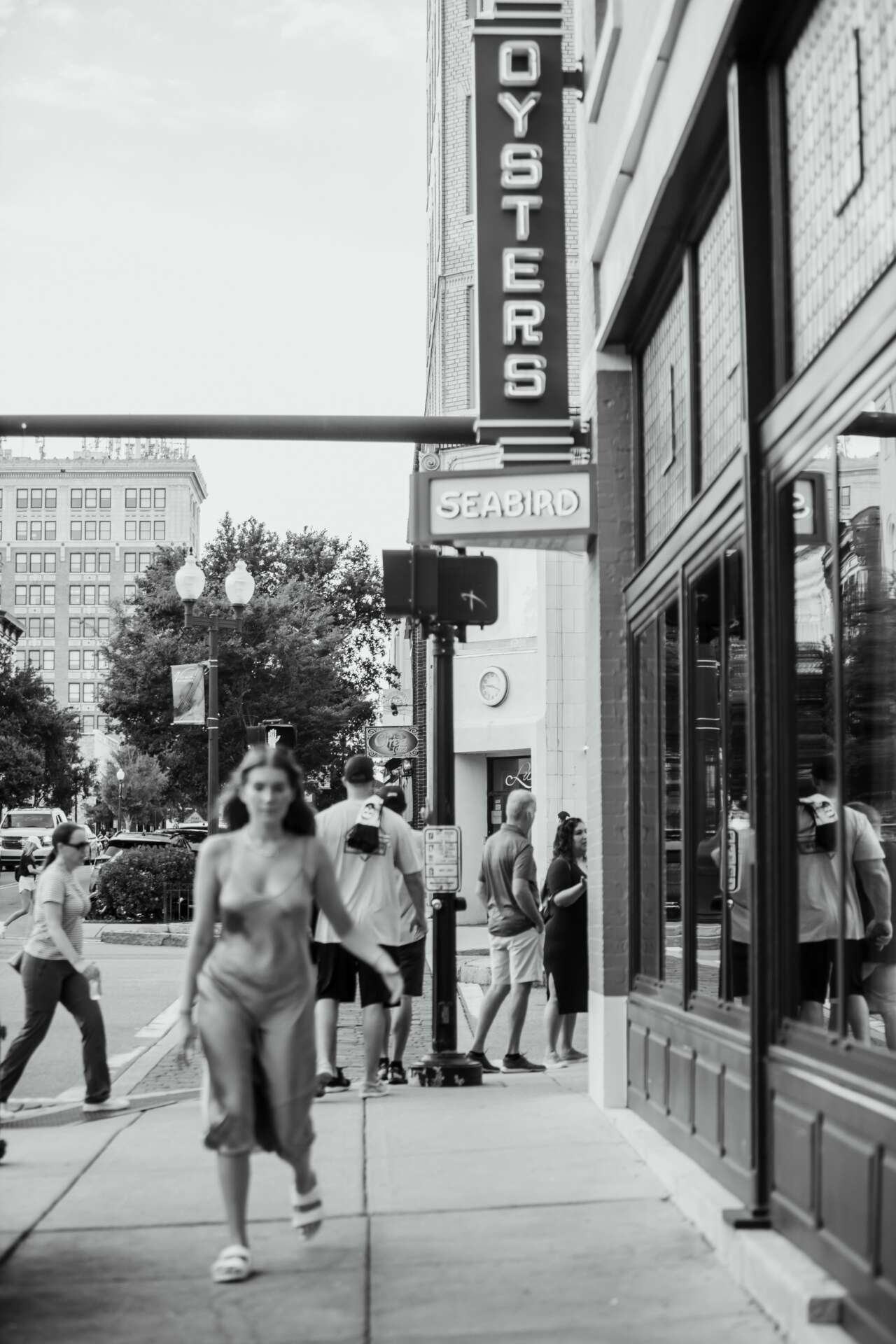 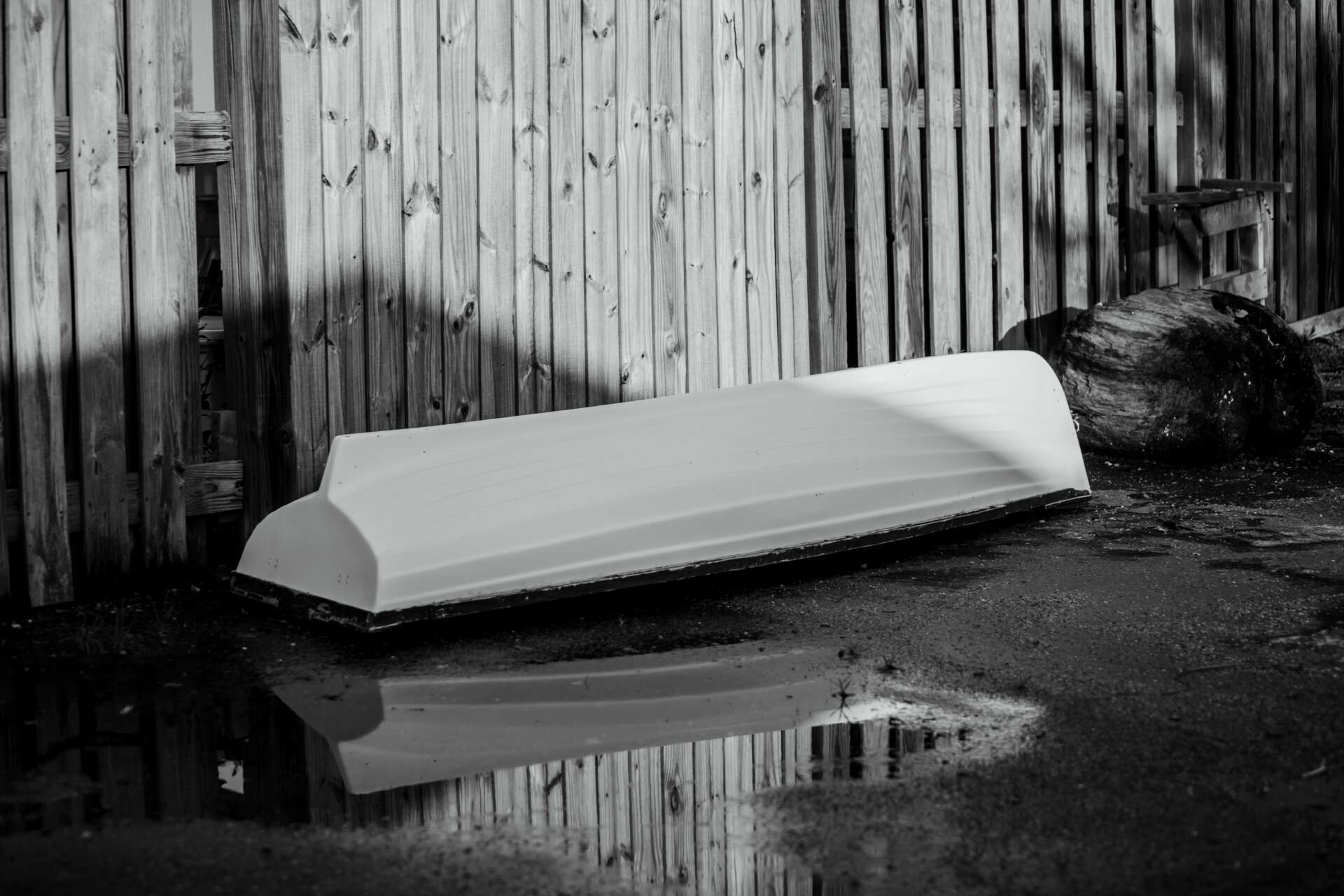 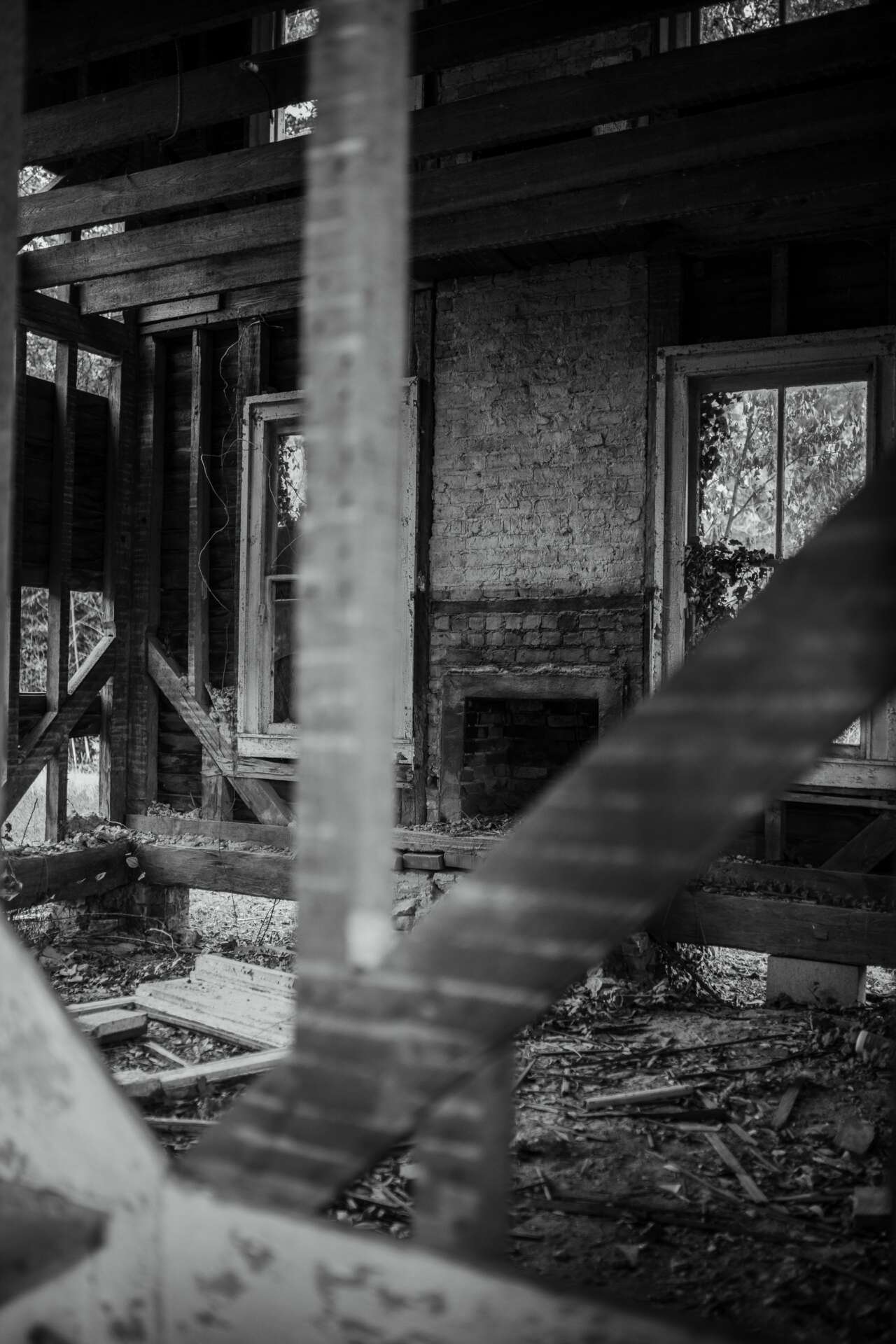 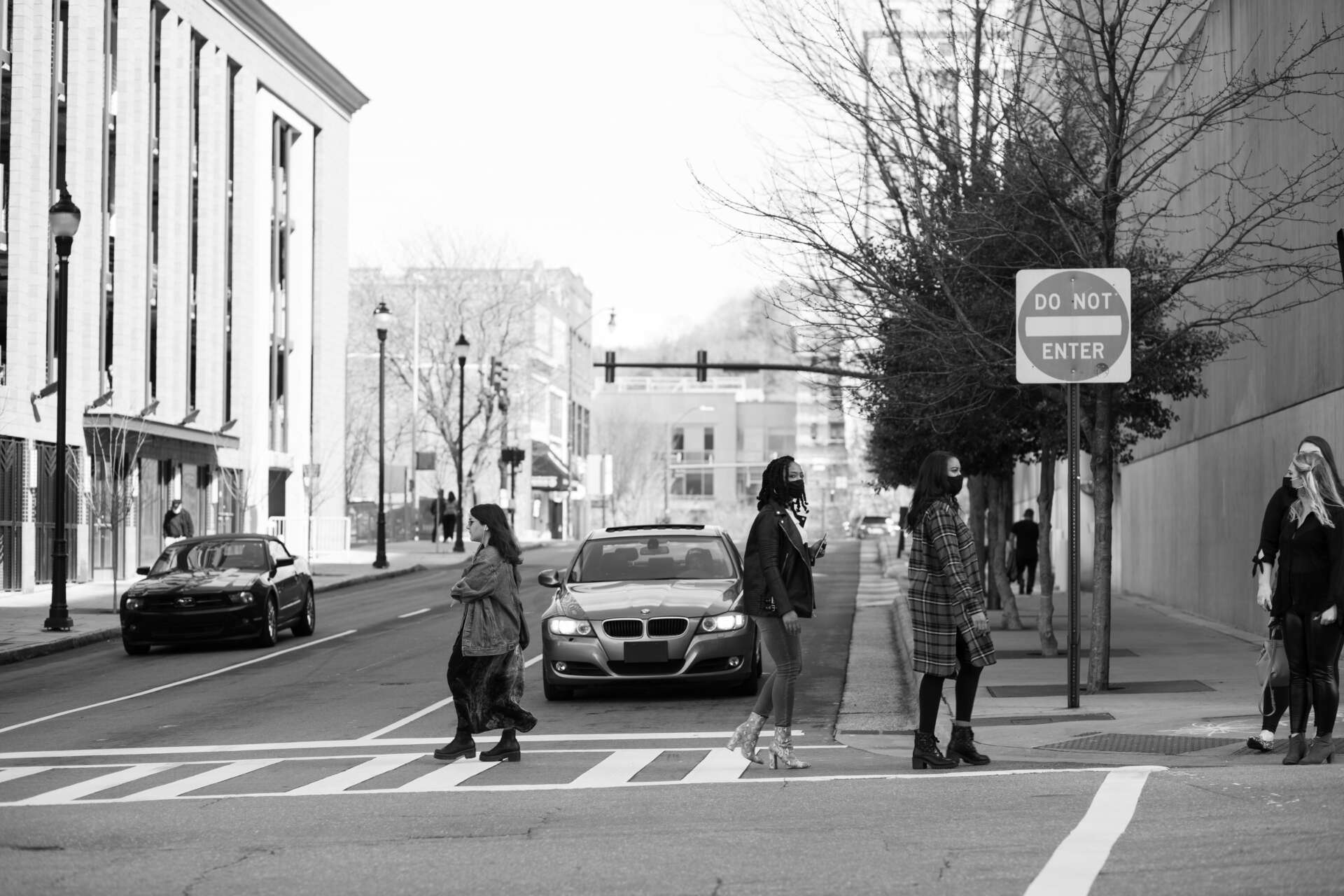 My name is Stephanie Barnhill Neal. I’m originally from a small town in eastern North Carolina, but I spent most of my adolescence and early adulthood in Fayetteville. In 2006, my young family and I headed for the big city of Raleigh where we spent the majority of a decade. I now live in Harnett County, where I’m closer to family and.. livestock. As a teen, I really enjoyed photography. I started in the late 90s with a point-and-shoot 35mm camera and a roll of black-and-white film. I carried that camera with me everywhere, snapping photos of classmates, alleys in downtown Fayetteville and abandoned buildings. I was an incredibly awkward teen and in a way, the camera was my shield as it allowed me to be present in the moment, but not have to fully engage with the world around me. As a neurodivergent person, I’ve honestly been more of an observer than a participant. In 2019, I decided to turn my passion for photography into a business. I began as a portrait photographer, mostly working with children and families but of course, that changed with the pandemic. It was during that period that I started to wonder how I could combine my passions for story-telling, journalism, and photography into one business. I began my own magazine in the winter of 2020. In a year, that magazine had been featured on, “Good Mythical Morning” (Rhett and Link), and my photography work was also picking up traction. My work was featured on album covers, on the North Carolina Agricultural website, and in articles and publications nationwide. Over the past year, I have been working hard behind the scenes to streamline all of these into one business. I felt the name, “Urban Fringe” was reflective of the transition our State is in with new industries and newcomers to the state. Urban Fringe focuses on North Carolina’s arts and culture scene. However, the most important component of the site is storytelling. I created a podcast called, “What in Tarnation, a Southern Cure for Quandary”, where I answer questions about North Carolina and the South. The website also features articles and is in the midst of creating a local artists’ spotlight to highlight NC’s emerging artists and creatives.

On top of all of that, I’ve been working diligently over the past few months on a book about North Carolina’s Carolina Bays. I’ve been traveling all over the eastern part of the state with my kayak and camera. I am often in very remote, heavily wooded areas where I study the landscape and ecology of each bay lake. Last week, I received the official news that my proposal had been accepted and that I am officially being signed with Arcadia Publishing. Already, it’s been such an incredible journey with still more travels to go. The local communities have been rallying behind me and I am so lucky to have their support and acceptance.

The old saying of, “If you can find a job you love, you’ll never work a day in your life”, certainly rings true. I am so fortunate that I am able to pursue my passions and to be able to turn those passions into a career. I spent the majority of my early adulthood struggling to hold down jobs that barely paid the bills, yet left me emotionally and mentally drained. I am so thankful to have found my stride and not be forced to compromise my true self.

I drive a lot and when I am on the road, I start dreaming or planning potential projects. Truthfully, most of these visions never come into fruition, but when they do, it’s really tremendous. As an artists, taking something out of your mind, working through the difficult parts and ultimately watching that dream bloom is such a humbling, incredible experience. Another reward for me is the connections. I mostly work alone, but do like to collaborate with other artists and creatives. Recently, I’ve met some incredible local women who have loaned their talents to the various projects I’ve been working on. They have truly helped me take my work to another level and it’s such an incredible thing to see what creative minds can do when they put their talents together. 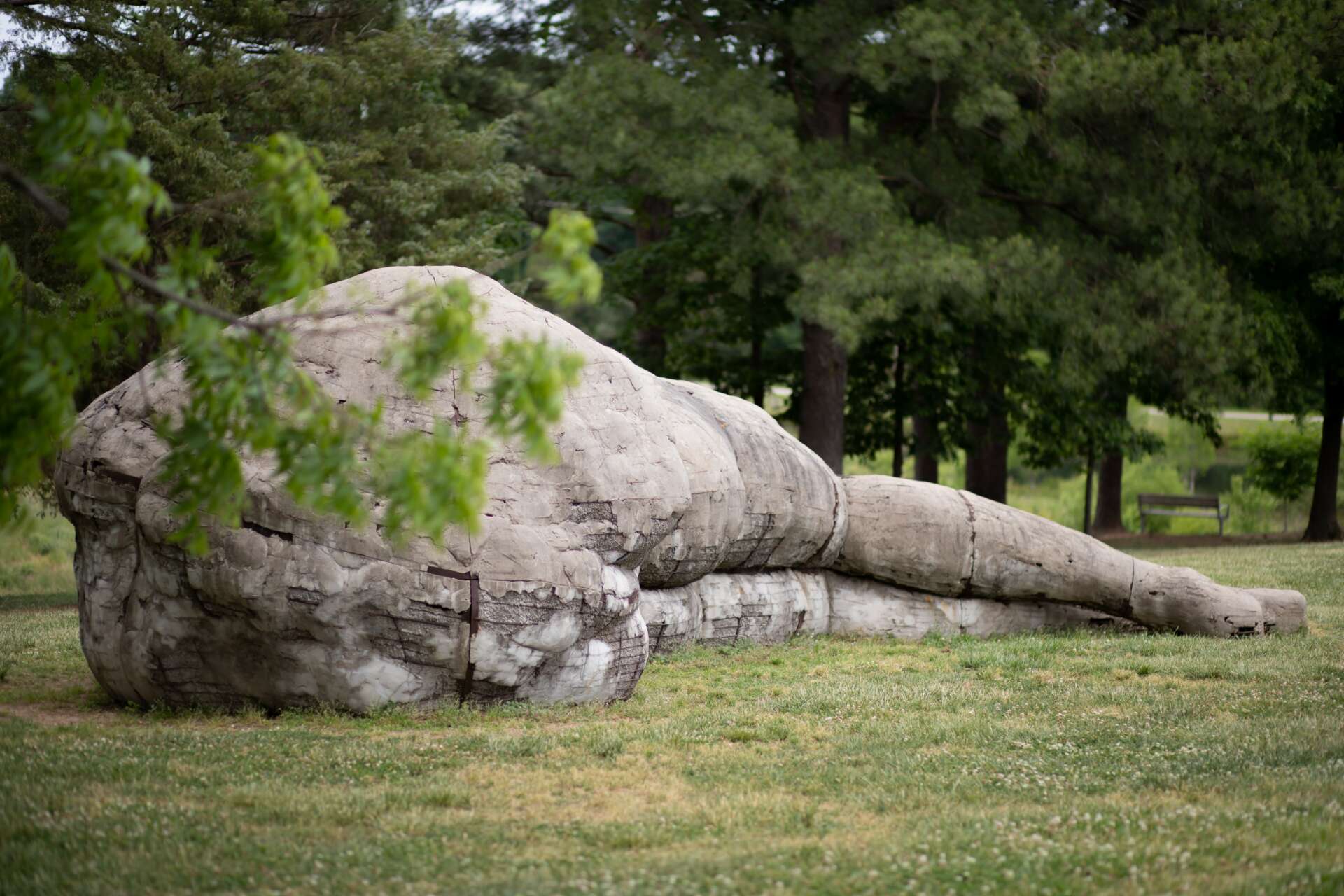 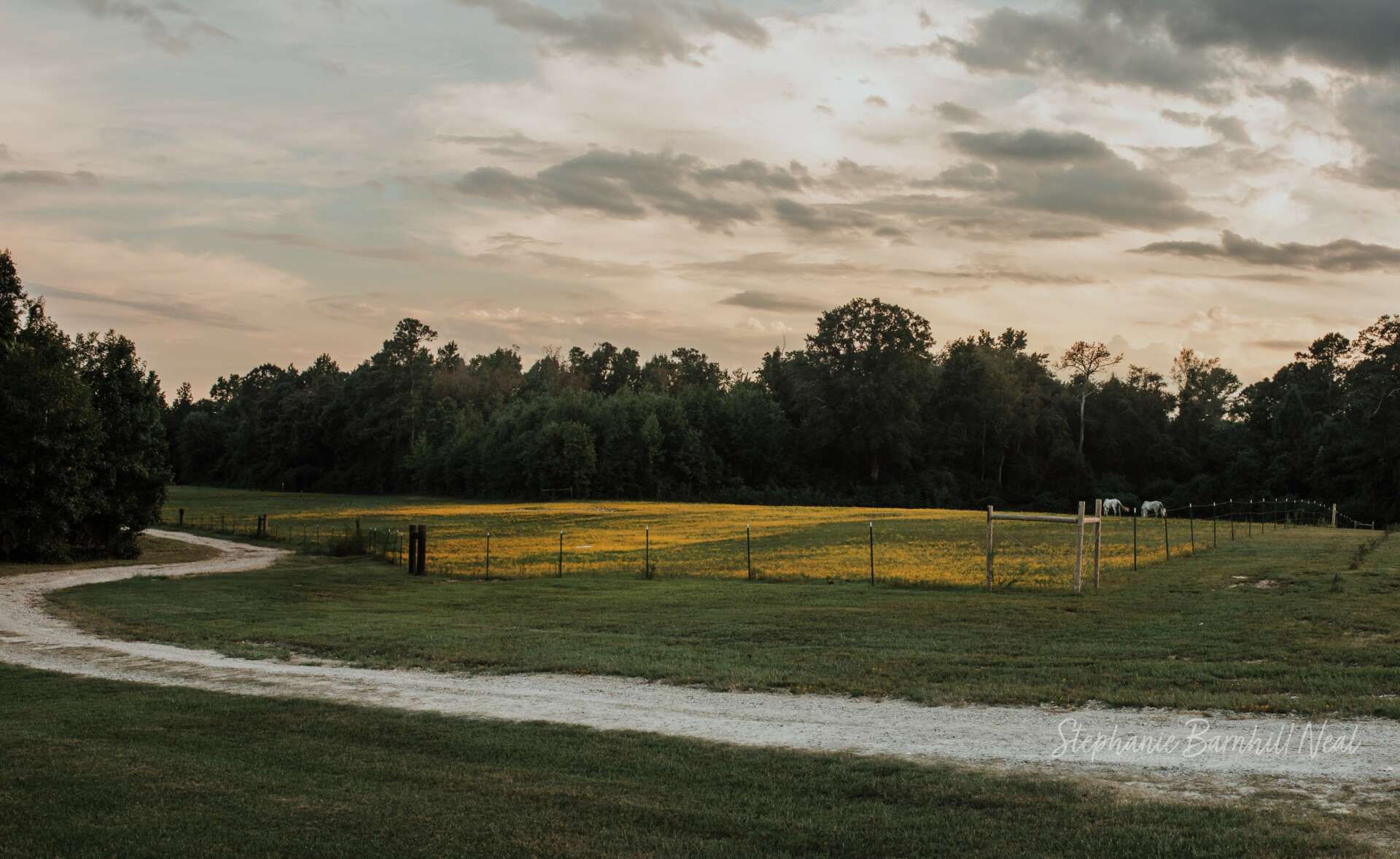 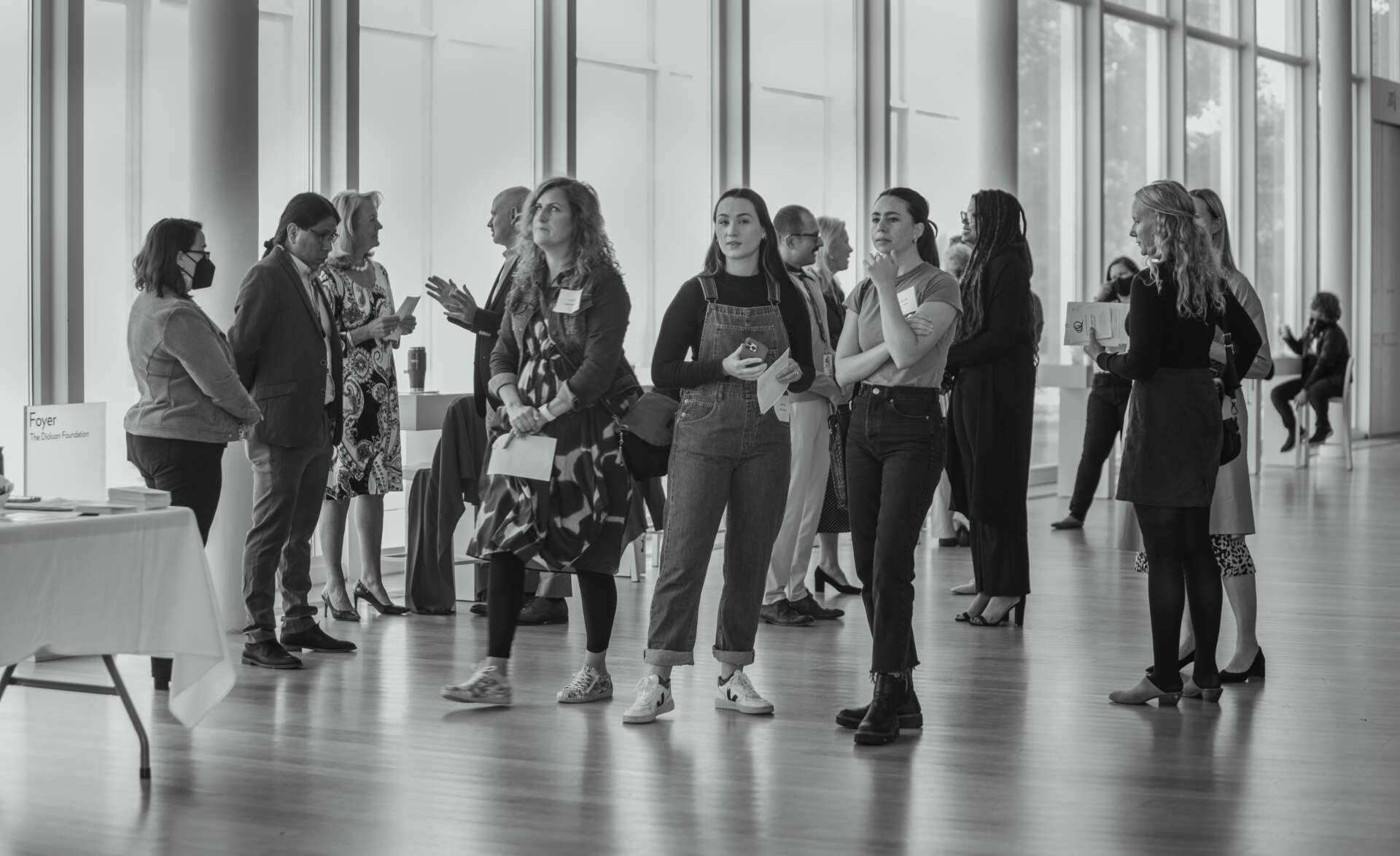 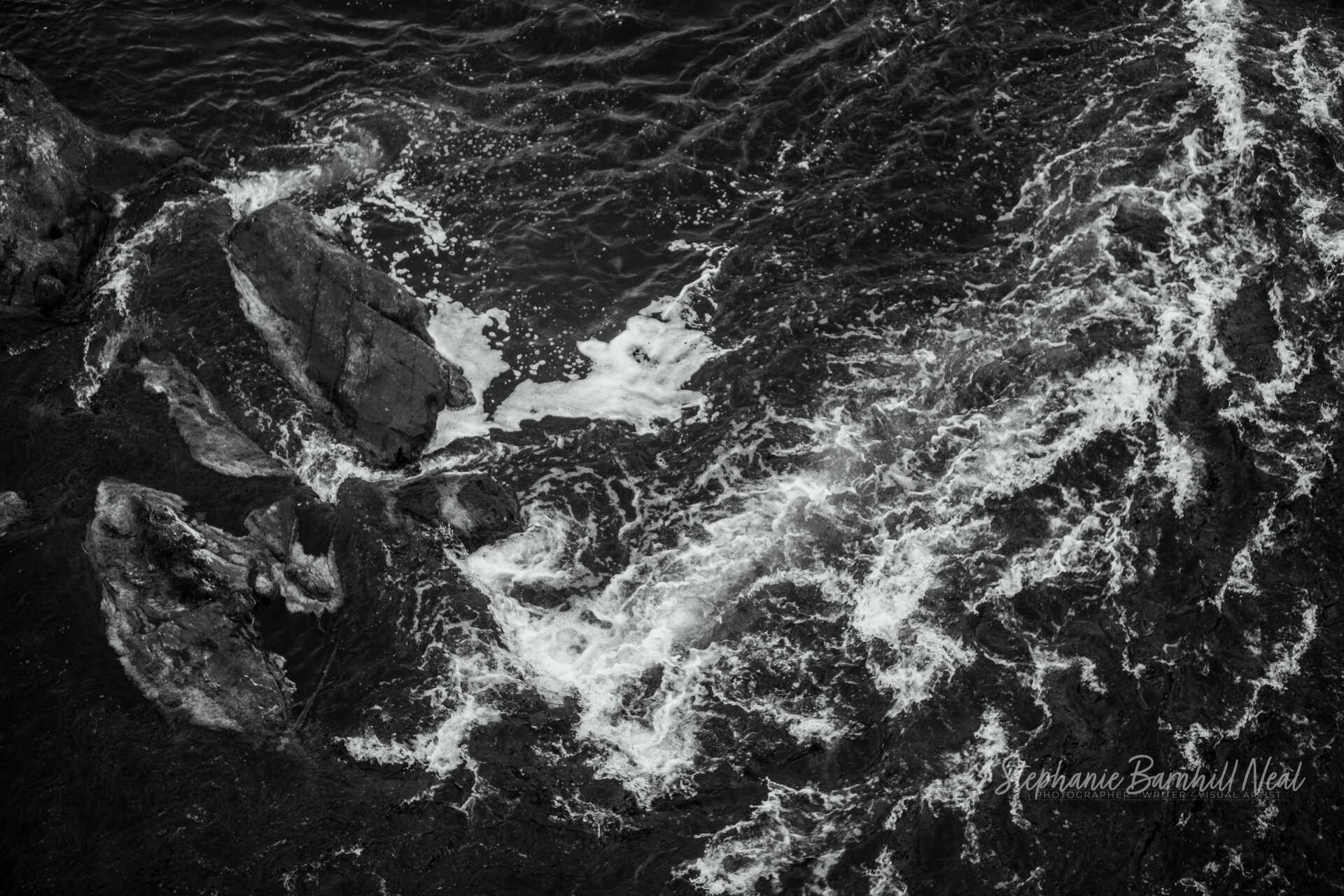 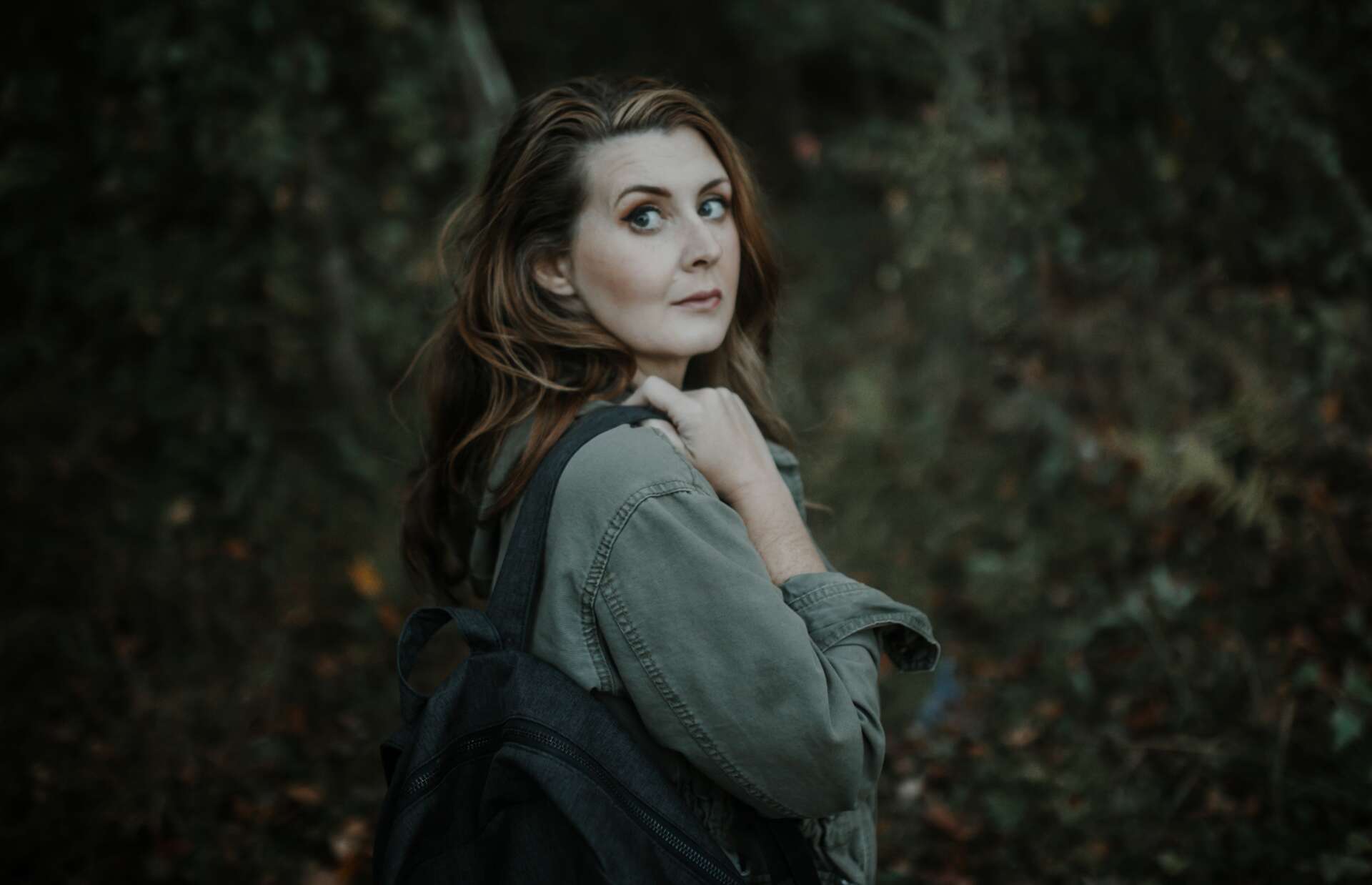 How did you put together the initial capital you needed to start your business?

Funding is tricky. I have always tried to pay for my equipment and the upgrades with money from our personal savings with a sensible plan to repay myself back. It was a method that worked well until I ultimately needed more capital. Funding is something I continue to struggle with because frankly, you need money to make money. I have never felt comfortable asking for help or taking out loans. I have always tried to be self-reliant, but at times that can be a fault rather than an attribute. In 2021 when I launched my printed magazine, Lillington Living I paid for the first printing from the profits from my portrait business. As the business grew, I kept having to take on more work to keep the bills paid, a method that worked until I burnt out from sheer exhaustion. It’s incredibly difficult to do it alone, which was a very hard lesson to learn. Over the past year, I gave myself some grace and time to recover. I essentially wiped the slate clean, rebranding my business as well as my plans for funding. Earlier this year, I applied for an artist’s grant. I’ve also started planning a way to funnel current projects into a method to attract more viewership on my website. An increase in those numbers can open up doors for sponsorships and marketing opportunities, which will allow me to earn some commissions.

As for the book with Arcadia Publishing, I have decided to start a Kickstarter to help offset the cost of travel, research, as well as loss of income I’ll endure as I continue to write. The book isn’t slated to be released until early 2024, which means I’ll need some capital from crowdfunding until I receive my first royalties from the publisher. Even then, I will only be paid twice a year. So I am working hard behind the scenes to put together an exciting Kickstarter that will give some very special incentives to those that back the project.

Ultimately, I’m not afraid to work for the things I need for my business, even if it means my shoes have holes in the soles or I’m eating peanut butter and jelly sandwiches for a while. I do what it takes to make it work and I intend to do it without incurring debt.