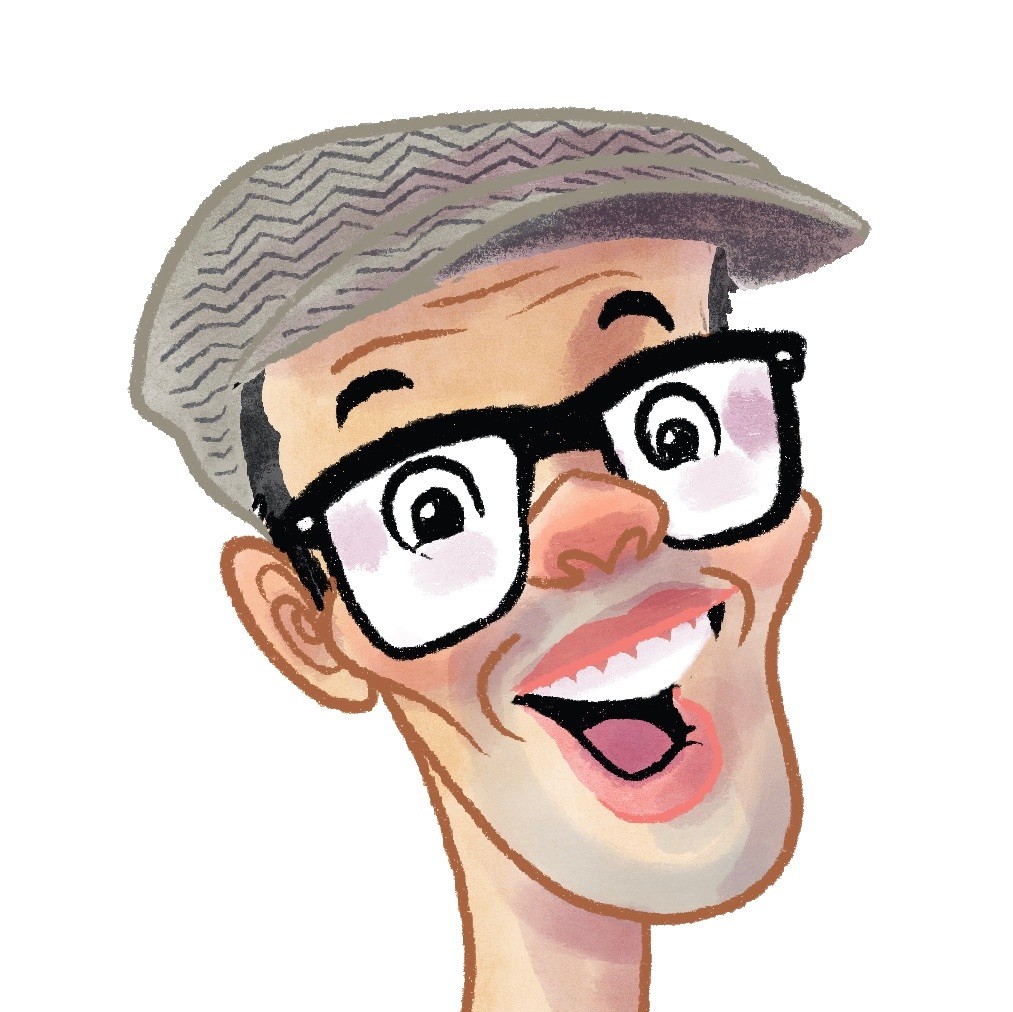 We’re excited to introduce you to the always interesting and insightful Stan Yan. We hope you’ll enjoy our conversation with Stan below.

Hi Stan, thanks for joining us today. Do you have an agent or someone (or a team) that helps you secure opportunities and compensation for your creative work? How did you meet you, why did you decide to work with them, why do you think they decided to work with you?

I recently signed with Ann Rose at Prospect Literary last October after parting ways with my previous agent. I originally met her via Twitter during the #pitmad Twitter pitch last September. She was one of the agents that liked a pitch for a middle grade monster graphic novel project that I was working on. After sending out queries to all of the interested agents, I got a full manuscript request and then an interview with another agent, who extended an offer to represent me. Per industry etiquette, I notified all of the other agents who hadn’t already sent me rejections that I got an “offer to represent” and if they wanted to see a full manuscript to let me know within two weeks. I ended up getting several more full manuscript requests and eventually two more interviews, including Ann, who I ended up signing with.

Before signing with Prospect, I had to evaluate several things that were important to me. First, I needed an agent that was much more editorial than my last agent, and we needed to see eye-to-eye in the right ways, which made each interview very valuable. Happily, I had immediate chemistry with Ann. Secondly, I had to feel comfortable with the agencies they worked for. Prospect had the infrastructure to do all of their legal work in-house, and they seemed to do things to proactively promote their clients, including monthly email blasts to promote their illustrators, and annual in-house conferences to promote clients to editors in person. Finally, she needed to be willing to communicate with me as often as I needed and in modes that helped with submission transparency.

In the end, Ann checked all of these boxes, but was missing one thing: she didn’t have any other illustration clients. I would be her first! She assured me that wouldn’t be a problem, since the agents at her agency are extremely collaborative. But I was worried because she didn’t have a track record with selling illustrators to publishers. I was worried until I got to talk to some of her client references, especially one: Tom Phillips (The Curious League of Detectives and Thieves), a client of hers that gushed about the way he saw her work on selling his work to editors at the last in-house conference. This was extremely encouraging to me, since I didn’t want a passive agent. His infectious enthusiasm wasn’t something I felt that could be faked, and this tipped the scales and helped me make a more confident decision to go with this persistent agent.

On the flip side, I believe Ann extended an offer to me at our interview because of my work. As her Manuscript Wish List outlined, she’s a huge fan of the horror genre, and that’s what I specialize in. During our interview, she was quick to ask me what else I had on top of what she had liked in the Twitter pitch, and the voluminous pipeline of projects I had in the can or was working on certainly helped her have confidence to extend me an offer. In addition, I’d had a manuscript critique with an editor and a pitch roundtable with another from fairly large publishers at conferences that led to requests for pitch packets for one of my projects, and this probably didn’t hurt. 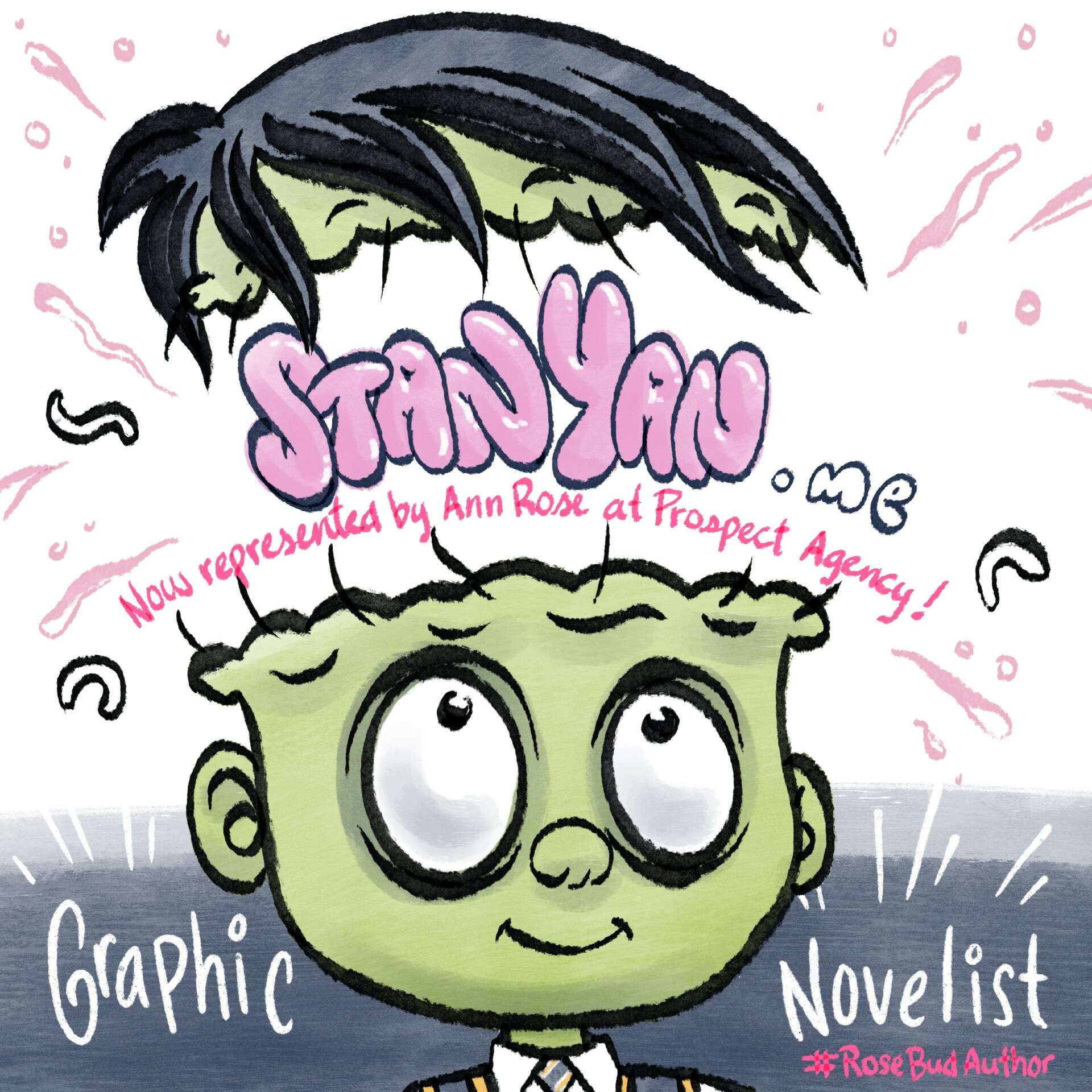 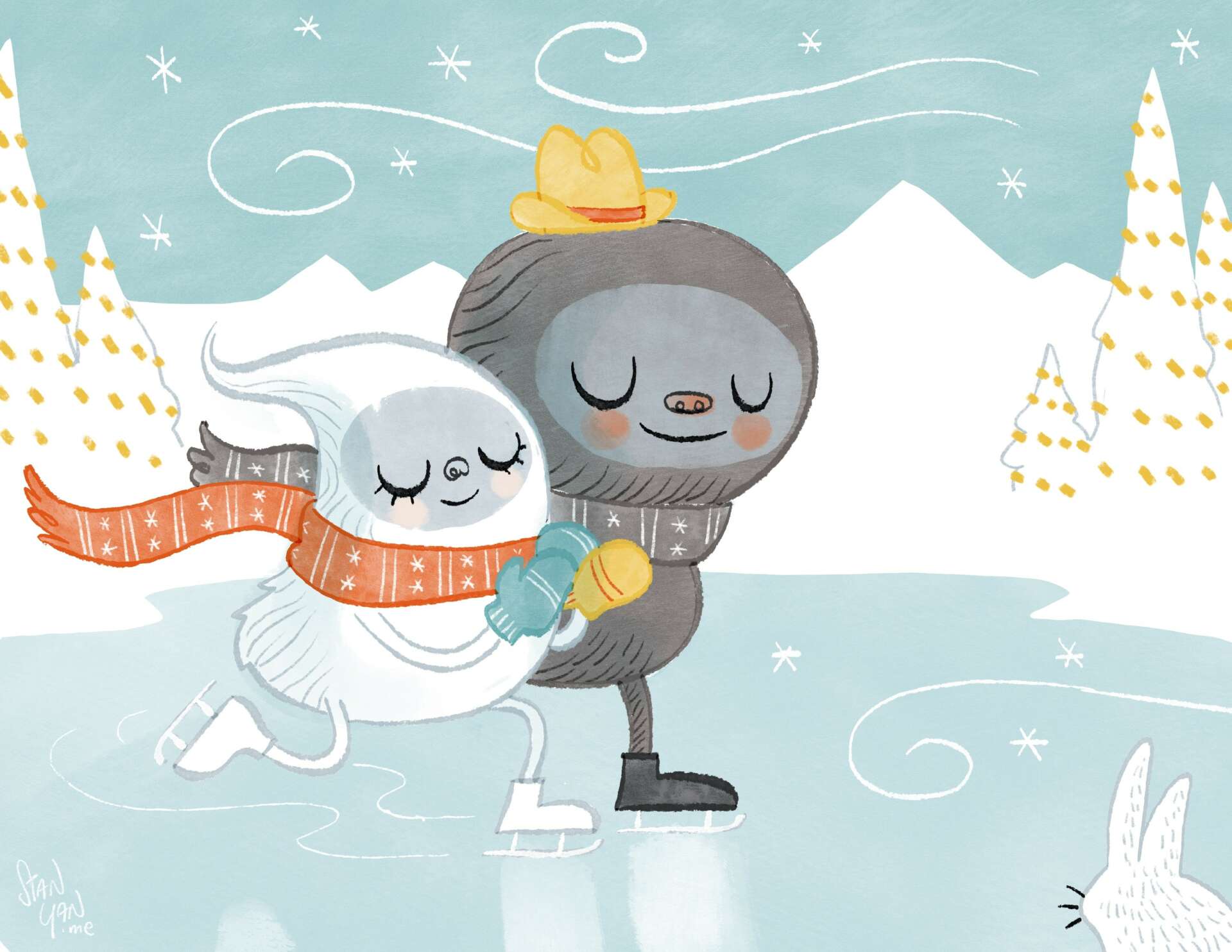 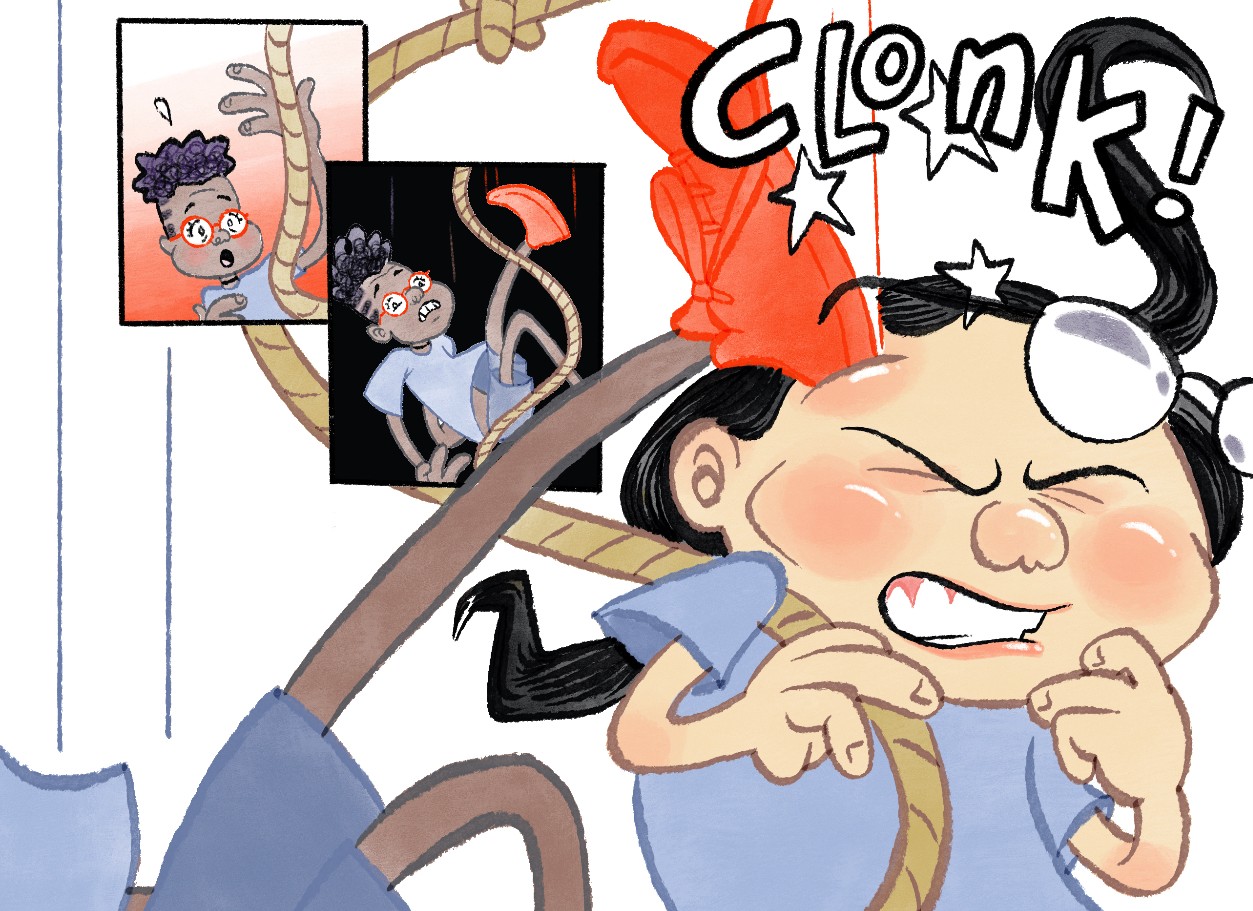 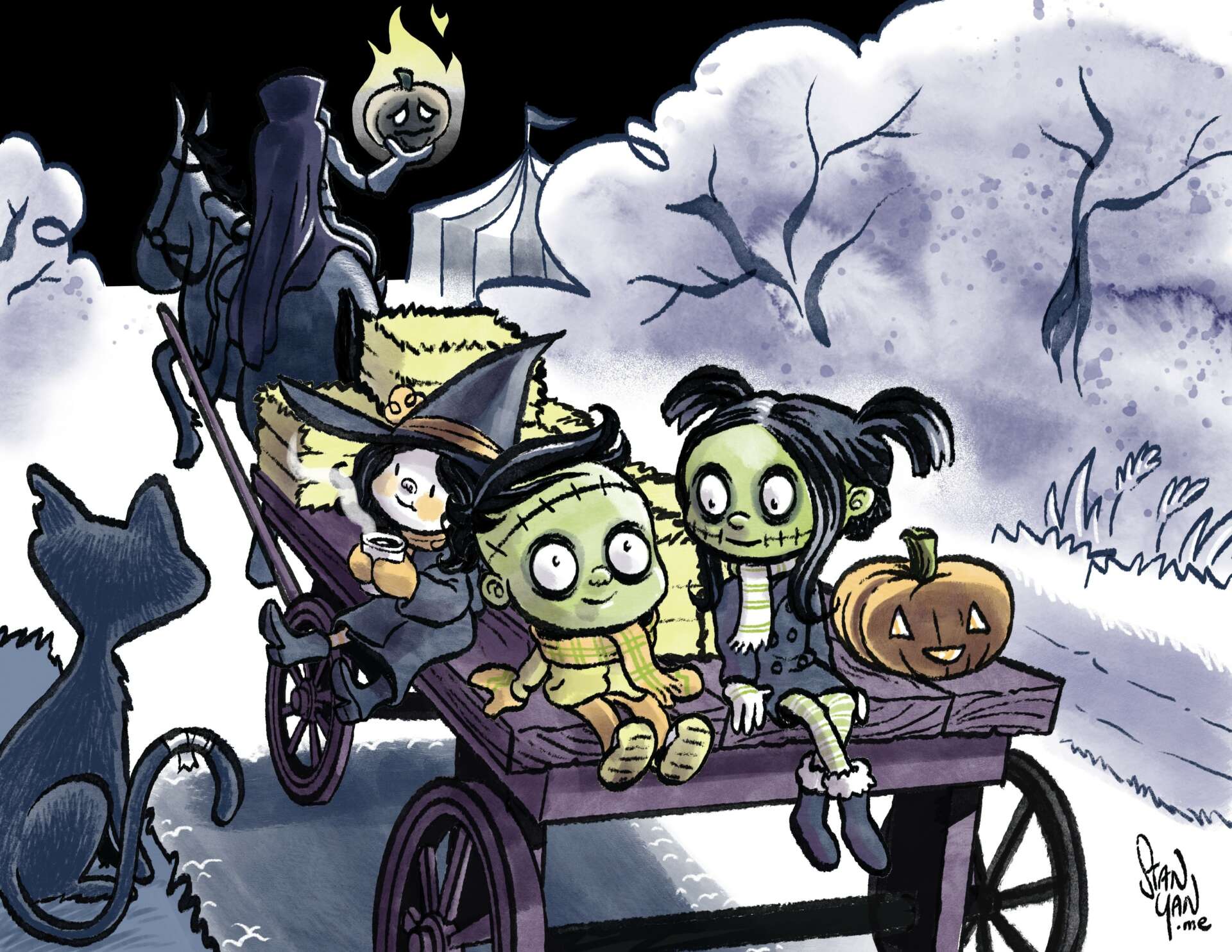 Stan, before we move on to more of these sorts of questions, can you take some time to bring our readers up to speed on you and what you do?

I got into sequential art (comics) as a four year old. Well, my earliest memories of being able to hold a pencil was spent drawing the same stick figure over and over doing different things in these boxes I later found out were called “panel borders.” I was drawing comics before I realized that’s what I was doing! And, I’ve been drawing comics strips, comic books, and graphic novels ever since. So, clearly comics has been my muse my entire life.

I never really considered this to be a viable career path, however, so I never even considered going to art school. In fact, I ended up studying accounting at the Leeds School of Business at the University of Colorado in Boulder. But, I kept drawing comics, doing editorial comics and comic strips for the campus paper and even spent a summer in New York City as an art direction intern for an ad agency. When I graduated, I was a stock broker for 13 years, but I continued drawing comics, self-publishing my own comic books, which I began to take to comic book conventions to promote and build a fan base.

When I got laid off from the financial industry in 2007, I felt like I had built some momentum with my art career, so with the blessing of my spouse, I decided to pursue my art career full time for a living. So, borrowing some of what I learned from being a financial advisor, I decided I needed to “diversify my income,” which eventually led me to building a career with three main income streams: 1) Selling my proprietary comic / graphic novel books or projects, 2) teaching art, and 3) freelance gigs, which has proven to be very fortuitous, since all of these income streams have proven to be volatile and inconsistent, but for the last 15 years, my income has continued on an upward trend, even through the start of the pandemic, thanks to getting a new teaching job at the beginning of 2020!

While I have invested more and more of my time pursuing #1 from my list (also what I call my “speculative biotech stock” part of my income portfolio) as my career goes on, I do still find time to do some freelance jobs for clients who are very loyal or come from strong referrals from other clients. These may be things like drawing live caricatures for parties, weddings, or corporate events, but these may be jobs to illustrate presentation slides. No matter the job, I’ve always put the contract-reading skills from my previous career to good use in knowing how to create fair artist contracts so it’s clear what expectations there are on both sides. I feel this professionalism has helped me get jobs I was competing for as well as protect myself from being taken advantage of as I’ve heard from most of my artist friends. Fortunately for me, for many of my freelance book jobs, I have my agent to help me with those contracts now.

Honestly, I feel that NFT’s aren’t good for anyone, and I’ve always been the type of person in business that wants to make sure that all parties that are involved are getting a good deal. In the case of NFT’s the artist might get a good deal, but the buyer certainly doesn’t. What is the buyer of an NFT getting? They don’t get reproduction rights to what purchased. They don’t get exclusivity to what they purchased: the “art” they’ve bought typically exists elsewhere on the internet, and no one is keeping others from copying, screen shooting, or sharing it. Based on articles I’ve read, the buyer doesn’t really even own a digital version of the art, rather they own an exclusive LINK to the art. This doesn’t even address the negative environmental impact of the amount of energy required to mint and transact an NFT.

I like to say, “I’m into NFB’s: Non-Fungible Bridges. You can’t drive over them, but I’ll sell you one!” 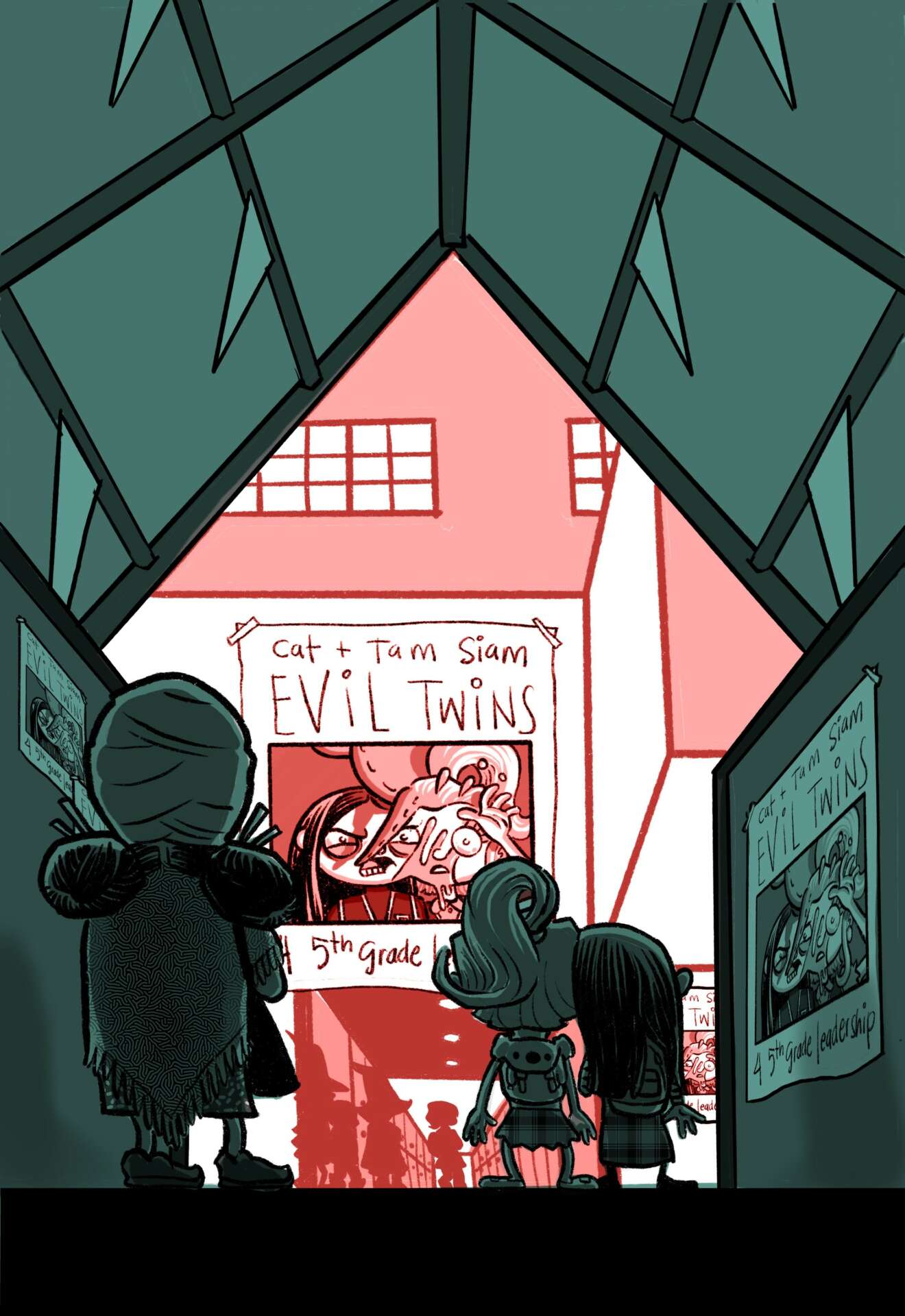 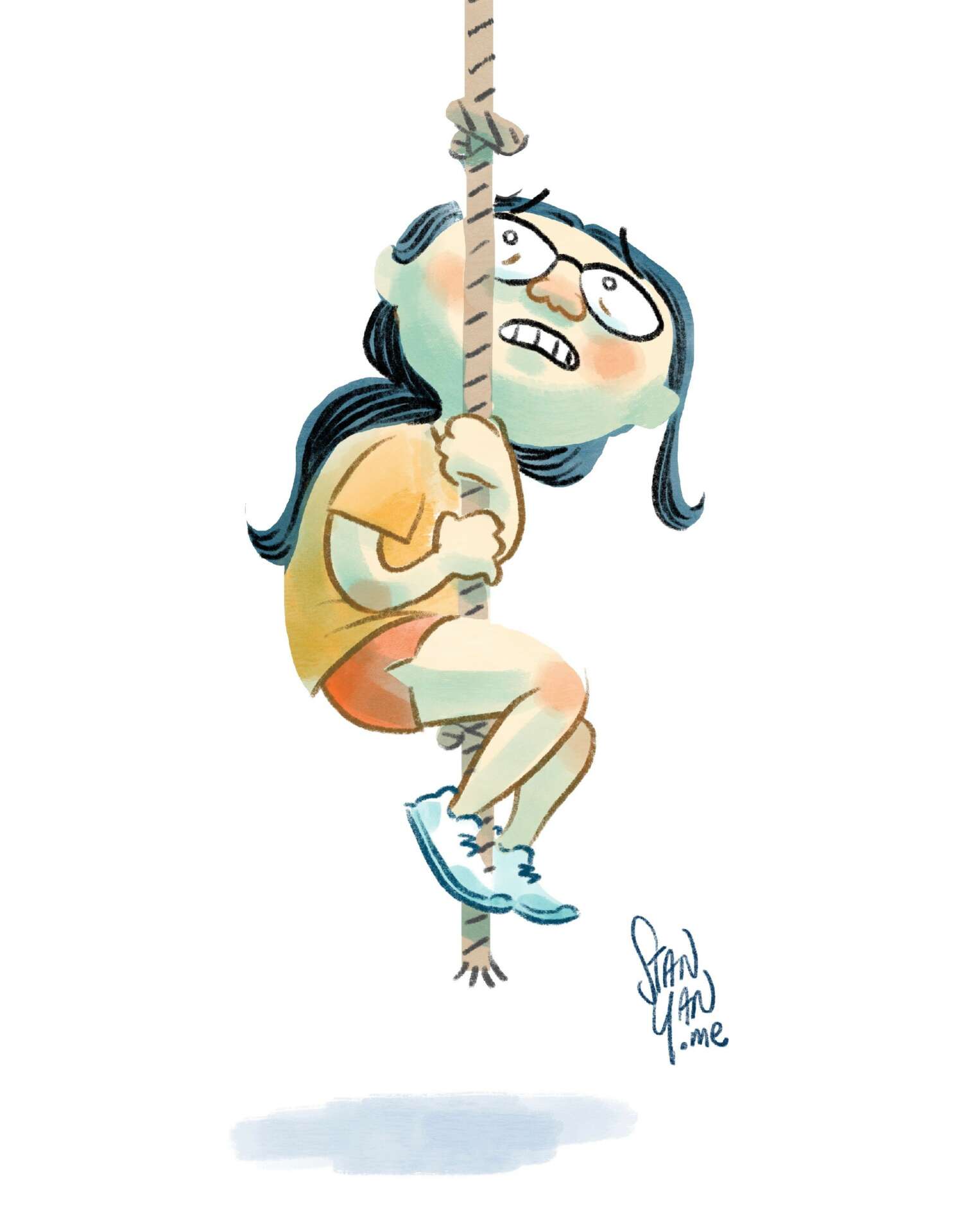 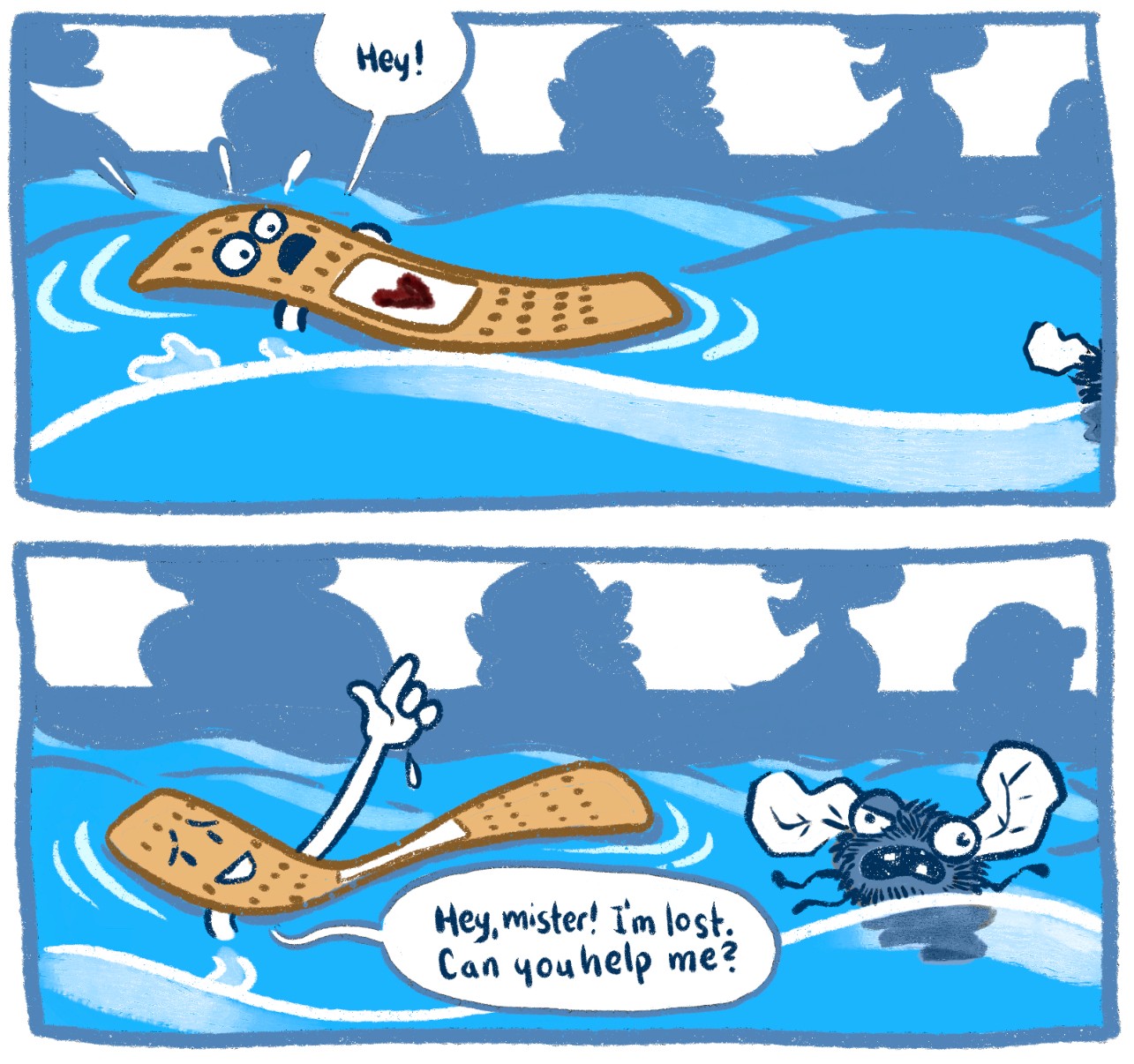 My purpose for creating art has always been to tell a story and affect others. I think all of the positive reinforcement I got from other kids in school when I would draw something encouraged me to continue. The first time I created my own self published comic book based on my college friends and their families, I was surprised when I took that book to a local comic book convention to sell and strangers would buy it and tell me how much they liked it. This became a bit addictive. Even when I started doing zombie caricatures of people at comic book conventions, the immediate response to the drawing was energizing. I was affecting people, which was pretty affirming of the power of what I did.

When my son was three years old and wouldn’t come down to my basement studio all of a sudden, and when asked why by his mother, he started pointing at all of the zombie artwork hanging from my walls, I was inspired to write and draw my first picture book to address his fears: There’s a Zombie in the Basement. Since then, I’ve heard from local child psychologists who bought my book and reached out to me to tell me they’d been using the last page of my book, which reads, “What are you afraid of? Draw a picture of it here.” for play therapy.

As the pursuit of getting more of my stories published continues, it’s all in the pursuit of continuing to affect my readers, whether it’s to make them laugh, cry, or think.