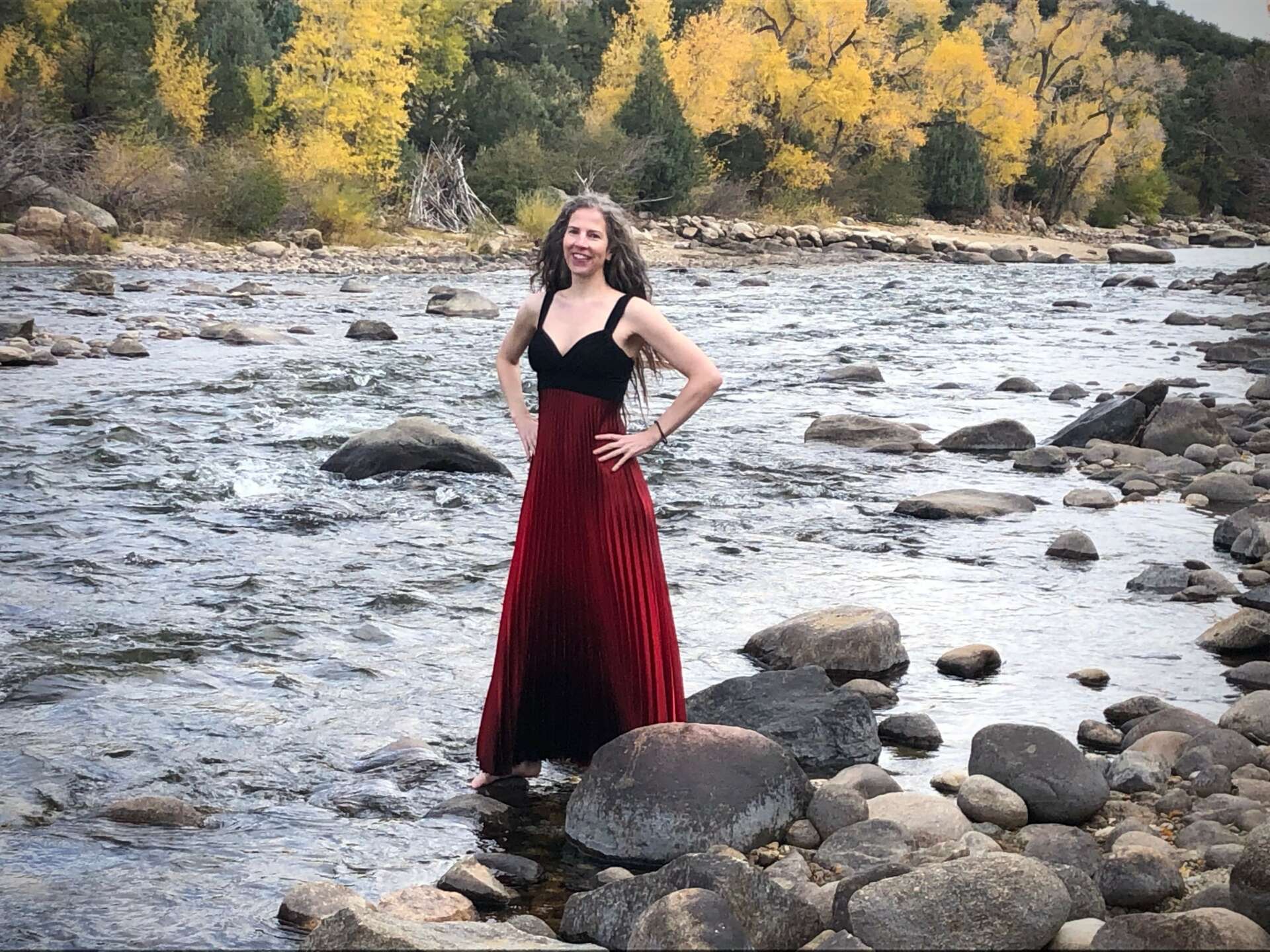 We caught up with the brilliant and insightful Stacy Fahrion a few weeks ago and have shared our conversation below.

Stacy, thanks for taking the time to share your stories with us today We’d love to hear about a project that you’ve worked on that’s meant a lot to you.

The most meaningful project I’ve worked on recently was a commission from the Playground Ensemble for a concert that highlighted the voices of incarcerated people. I was deeply honored to have the opportunity, and learned a lot in the process.

In a Denverite article, Maggie Donahue described an aspect of this piece better than I could myself: “Echoes from Inside, blends electronic sound with clips of audio-recorded interviews with incarcerated people to help paint a picture of what it’s like to be part of the U.S. prison system. Playground Emeritus Board Member Richard vonFoerster built pen-pal relationships with a number of inmates over the years, sending them letters and recording phone conversations with them, in which he’d ask questions like, “What do you want people to know about you?” and “What do you miss the most?”  Their responses are strung together in one cohesive piece that builds an emotional bridge between the experiences of those incarcerated and those outside prison walls. The second part in Fahrion’s piece, Buried Alive, sets a poem by Rick Anderson and Nathan Ybanez to music performed by a string trio. Anderson is currently incarcerated in Sterling Correctional Facility, where he works in the library and writes poetry. Ybanez, who’s now free, learned about poetry while incarcerated in Colorado’s prison system. For both, poetry has functioned as an escape from the harsh conditions of prison and a way for them to reconnect with themselves.” If any readers are interested, they can watch a video of the Reenter, Remerg, Reform livestream replay on Playground’s YouTube channel: https://youtu.be/xACEw8pa97A

The dress rehearsal for this concert was humbling. There were many folks there brought together by Playground’s partnership with Remerg, a nonprofit that reduces recidivism, and listening to the stories of people who were formerly incarcerated and now doing their best to help as many people as they could gave me renewed hope. I often feel that American society is hopelessly racist, cruel, and unforgiving, and very focused on punishment even though punishment creates new problems instead of solving anything. I feel sad that many people are either unaware or refuse to acknowledge that our criminal justice system is broken beyond repair, but seeing everyone at the dress rehearsal and concerts working hard to help in such meaningful ways in spite of everything was incredibly uplifting. 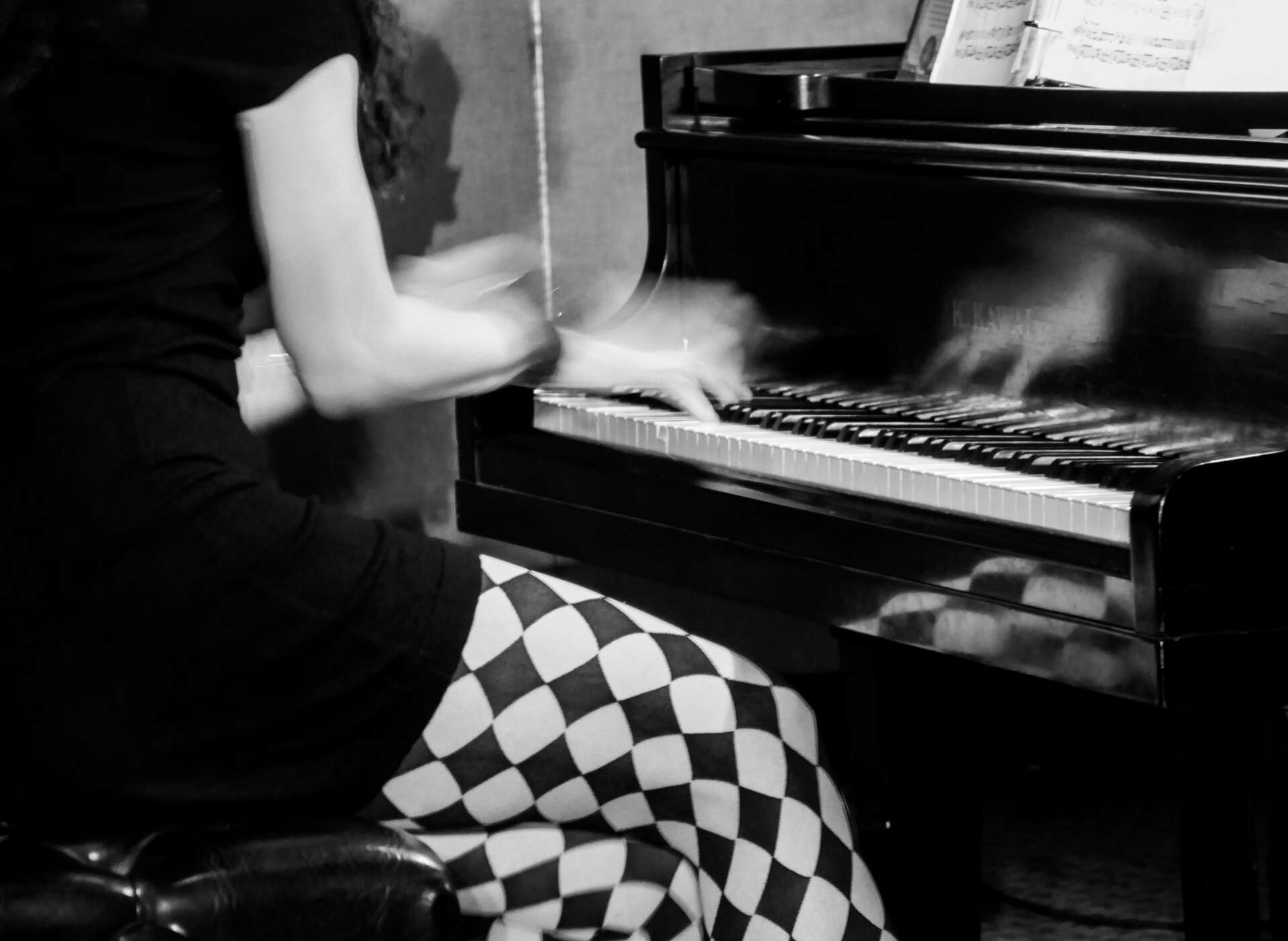 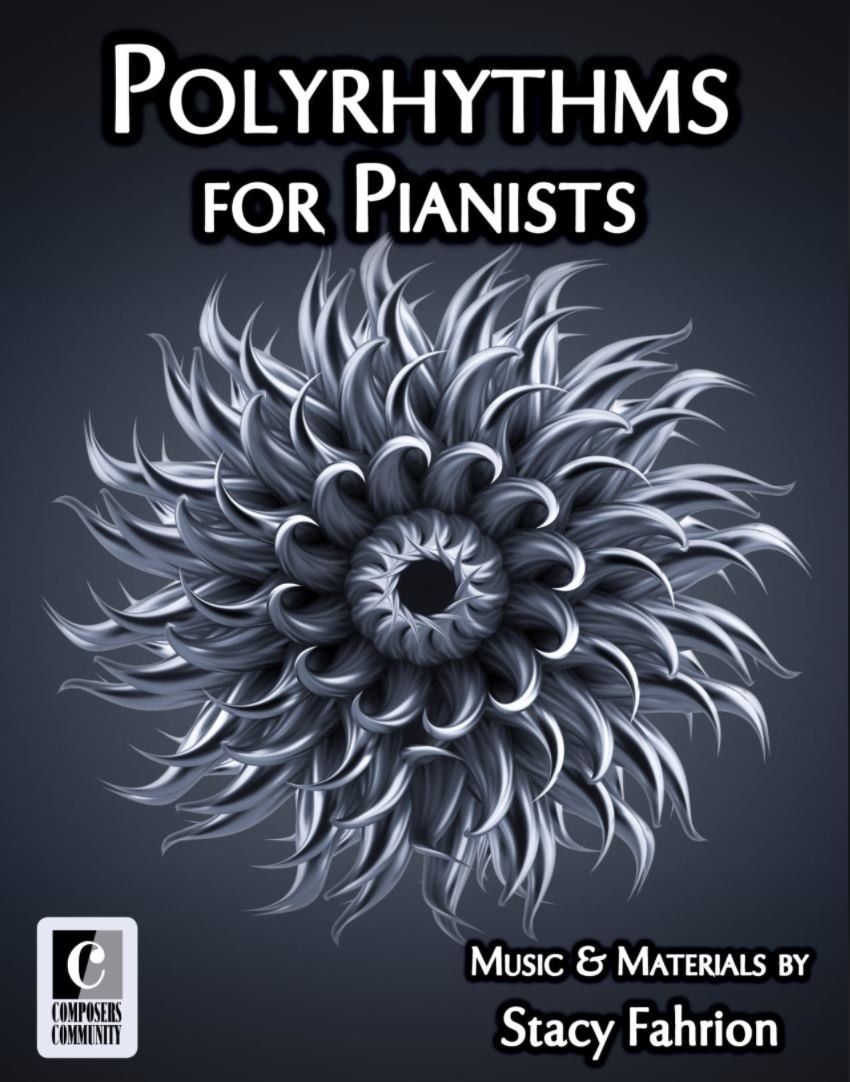 I’m a composer, pianist, and educator. I didn’t start composing until I was 38, so although I’ve studied music and played piano my whole life, I’ve only been composing for about ten years. I was very fortunate that in 2015 Piano Pronto Publishing began publishing my piano music. So far, I’ve had eight books of piano music published through Piano Pronto, and lots of other single pieces. My most recent book, Polyrhythms for Pianists, can be found here: https://pianopronto.com/composers-community/stacy-fahrion/stacy-fahrion-polyrhythms-for-pianists/ Polyrhythms for Pianists is a unique instructional book that I’m particularly proud of—it introduces systematic ways for pianists to practice rhythms, including improvisation suggestions and etudes that also work as concert pieces. When I started composing, I was using the moniker Whimsically Macabre, but although I’ve kept that name on social media and on my website, it doesn’t necessarily encompass what I’m up to now as a composer.

I’ve branched out as a composer, collaborating with Claudia Six, a fascinating Austrian artist, to write music for a short, dare I say it, whimsically macabre, film, called Missing. I loved working with Claudia, and felt like we had an uncanny connection, or at least connected over our mutual love for the strange and uncanny. The film is only five minutes long, and can be watched on my Whimsically Macabre YouTube channel here: https://youtu.be/JEucCAiKOZQ We will be working together more, perhaps this year. Most recently I’ve been having a lot of fun creating music for an audiobook titled Protectress, a modern take on the legend of Medusa, by Kendra Preston Leonard. I’ve also recently written two string quartets, and a string trio, have been experimenting with purely electronic music, and am working on an album of solo piano pieces in just intonation that will be called Regular Irregularity. Here’s a link to that album playlist so far: https://youtube.com/playlist?list=PLI4l4mTXT2WEJM8PaU0c-LSIL9hZyh6Zg

Finally, lately I’ve had more and more opportunities to teach other teachers my strategies for teaching arranging and composing, ways to teach polyrhythms, as well as introductions to the harmonic series and how pianists can experiment with playing harmonics on the strings of their pianos. I’m happy to know that there are teachers who are curious to learn about some of my more unconventional methods, experiments, and explorations.

There are several missions that drive me. As an educator, I encourage everyone to compose, and try to demystify the composing process as much as possible. I want everyone who plays my music or studies with me to see that they too can create their own music.

Composing is not as difficult as most people think, as long as you have the right tools and strategies, and if you don’t expect to be amazing at it right away. That isn’t to say that composing doesn’t take a lot of practice and work! Another misconception that people who haven’t tried composing might have is that to create a few minutes of music, it only takes a few minutes. On a lucky day, that might happen, but more often, a few minutes of music could take at least a week to compose, more time to practice, time to revise, and time get a good take while recording it over and over, not to mention the fact that sometimes you end up throwing out the entire thing and starting over from scratch.

Anyway, since I didn’t focus on composing or improvising until a bit later in life, and feel some regret about that, I want to make sure I give my students all the opportunities and encouragement that they need in order to explore their own unique paths and potentially find a similar joy in creating their own music, even from their very first lessons with me.

As a composer, most of the music I’ve written in the past two years is in just intonation. During the pandemic, I had the amazing opportunity to study online with Michael Harrison and Jacob Adler, two wonderful composers and mentors who create music in just intonation, and I’m very grateful to both of them for their guidance and inspiration. When writing in just intonation, I begin by designing the scale that I’ll be using. What that means is that instead of writing music in equal temperament, which is how almost all pianos are tuned today, I’ll choose alternate tunings where sometimes I might choose to use two slightly different versions of the same note, one a little sharper and one a little flatter. When using these microtonal scales, I have to abandon a lot of notions of traditional harmony, so I tend to center these pieces around various rhythmic devices, like polyrhythms and isorhythms.

I first encountered microtonal music many years ago while studying music history, but the examples I heard were extremely dissonant, like Charles Ives’ pieces for two pianos tuned a quarter-tone apart. I enjoyed it, but wasn’t inspired to write in that way. The music that Michael Harrison, Jacob Adler, and other composers that I love who work in just intonation, like Zhea Erose, write, is mostly not dissonant in any obvious way—you will hear intervals that are different from those in equal temperament, and to me, those intervals are like little pieces of ear candy—they sound different from what you might expect, and keep the music sounding fresh and alive. Lately, I’m drawn to create music that sounds mysterious, a little hypnotic, and a little post-minimalist, but has enough bite to it that it can’t fit neatly into the ambient category. I’ve become a quiet evangelist for just intonation—I don’t believe in forcing my viewpoints on others, but if anyone asks me, I will go on and on about it in nerdy excitement and encourage musicians to experiment with alternate tunings. I think a lot of people are writing and playing music in equal temperament simply because they may not be aware that there is an infinite and beautiful variety of tuning possibilities. Although equal temperament is perfectly regular, there is so much beauty and character to be found in irregularity. If equal temperament is like a delicious vanilla ice cream, and you limit yourself to only that flavor for your whole life, you’re missing out on all kinds of other interesting flavors. 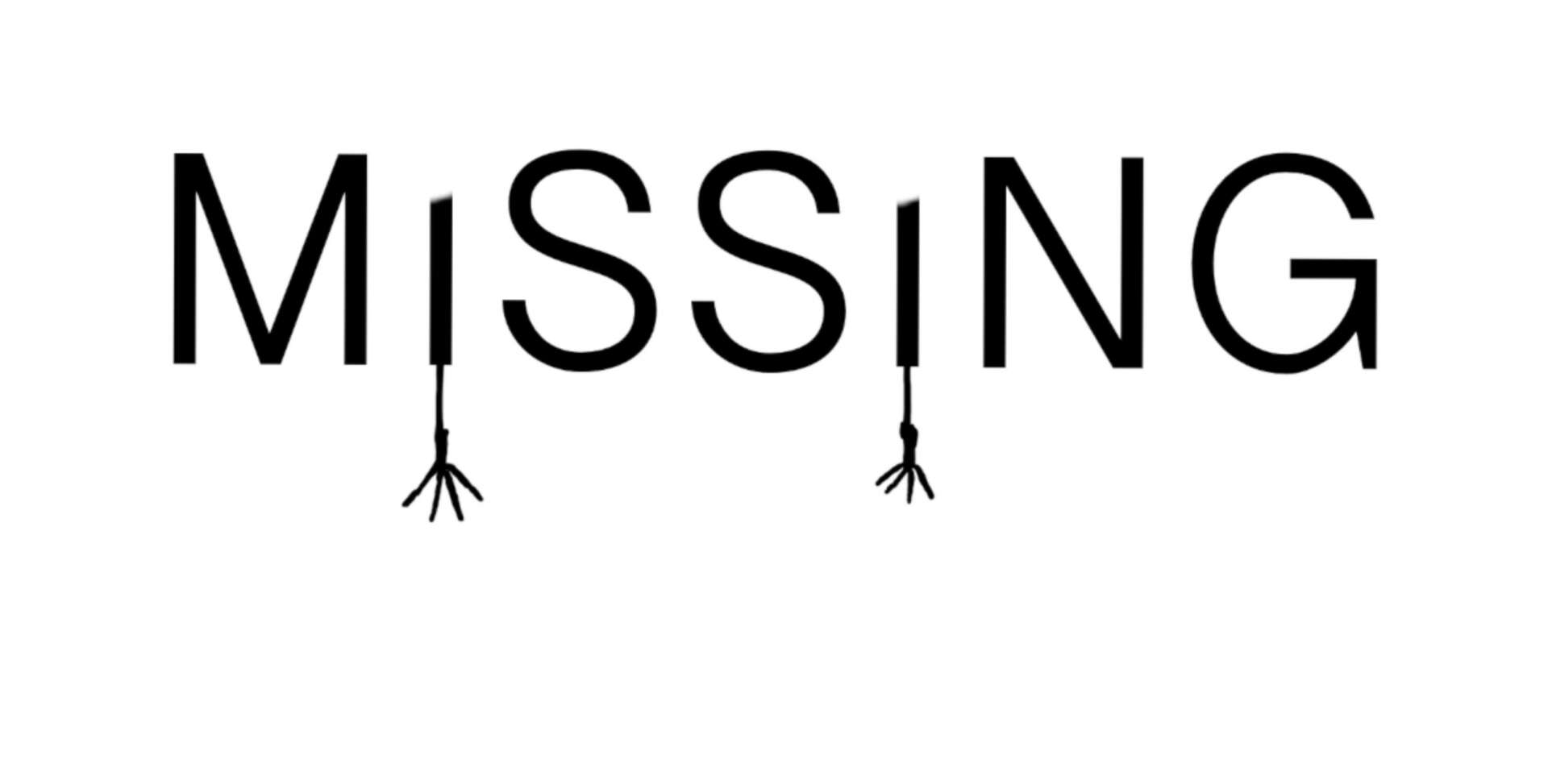 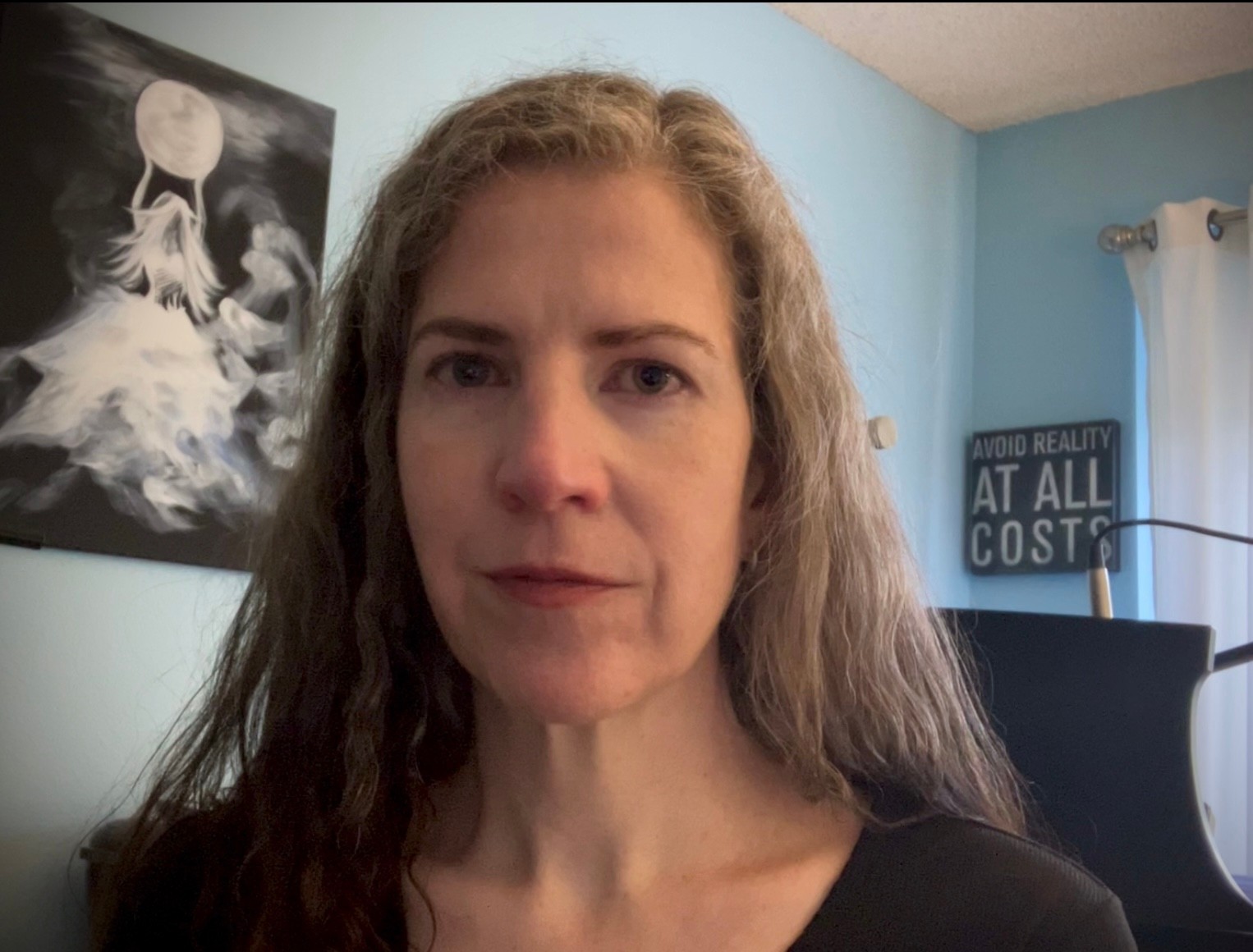 What do you find most rewarding about being creative?

One of the most rewarding parts of making music is that I get to continually learn, experiment, and expand the bounds of what is possible for me as a composer. Fortunately/unfortunately, it will take several lifetimes to learn and master everything I would like to learn.

Although I love the solitude of composing and playing the piano, it’s wonderful to have other humans to share ideas with, and some of the most rewarding moments I’ve had have been collaborations, whether with other musicians, poets, authors, filmmakers, and circus artists. It’s fun and refreshing to have projects where we’re inspired by each other and are able to work toward a common goal together.