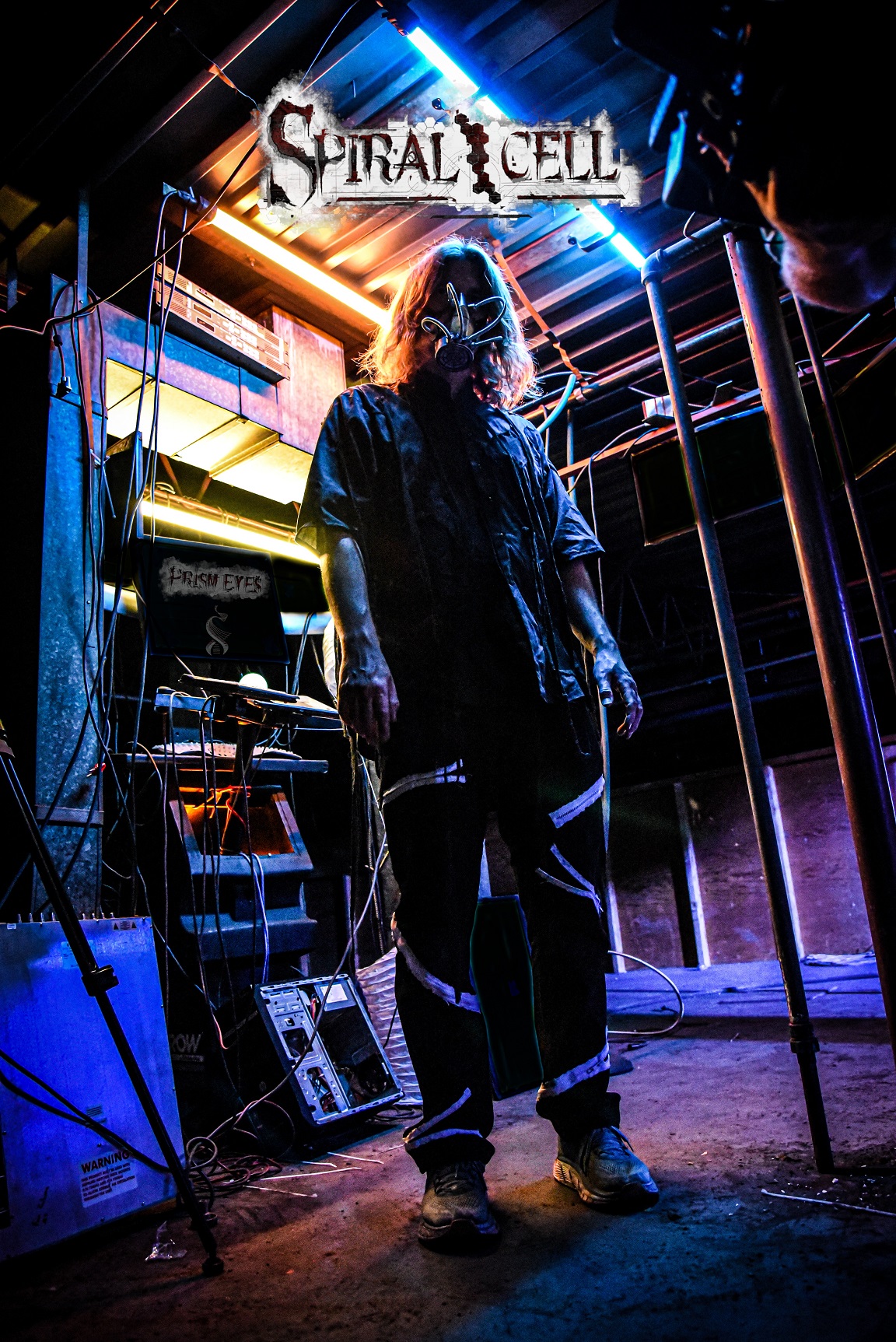 Alright – so today we’ve got the honor of introducing you to Scott Uhl. We think you’ll enjoy our conversation, we’ve shared it below.

Hi Scott, thanks for joining us today. Can you open up about a risk you’ve taken – what it was like taking that risk, why you took the risk and how it turned out?

Spiral Cell is a pretty different music project, and it’s always been hard to find who the core audience is for the project. With previous bands that I was a part of, it was a lot easier to know that the fans of rock would generally be a fan of the band. “If you like Linkin’ Park, you’ll like this band…. if you like Halestorm, you’ll like this band…” etc. But with Spiral Cell it’s different because it’s visual, theatrical, and a bit artsier and avant garde. It’s always been said that in order to hook someone into a song, you need to get them interested in the first 15 seconds. That’s almost impossible with Spiral Cell since it’s not that type of music/songwriting. It’s a risk to try to put so much time and energy into this project and not know who the core audience is. The challenge of finding your audience is a lot more difficult with something like this. It’s a risk I’m willing to take because I enjoy creating something that has layers, and hopefully others will find intriguing (assuming someone will pay attention to more than 15 seconds haha). 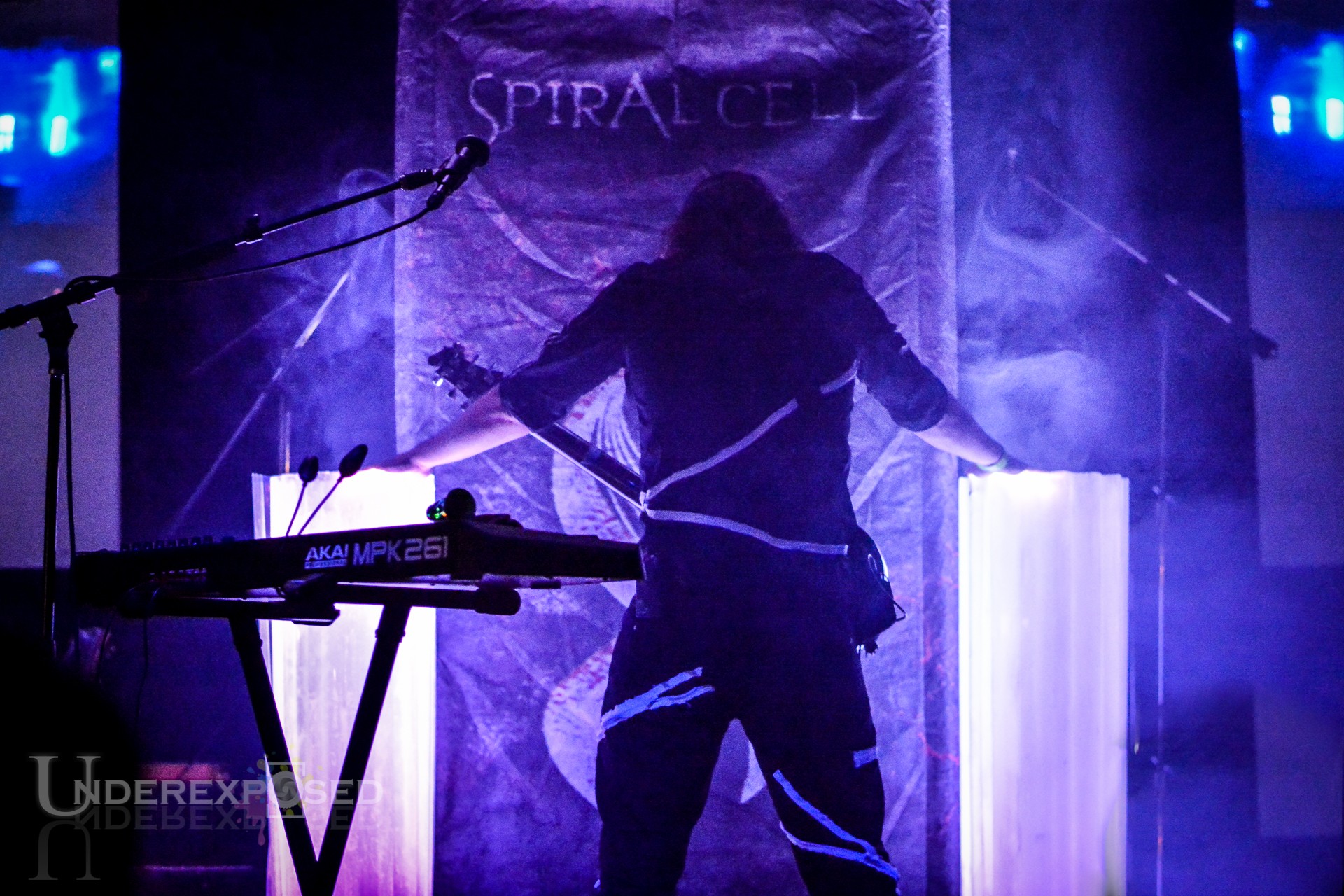 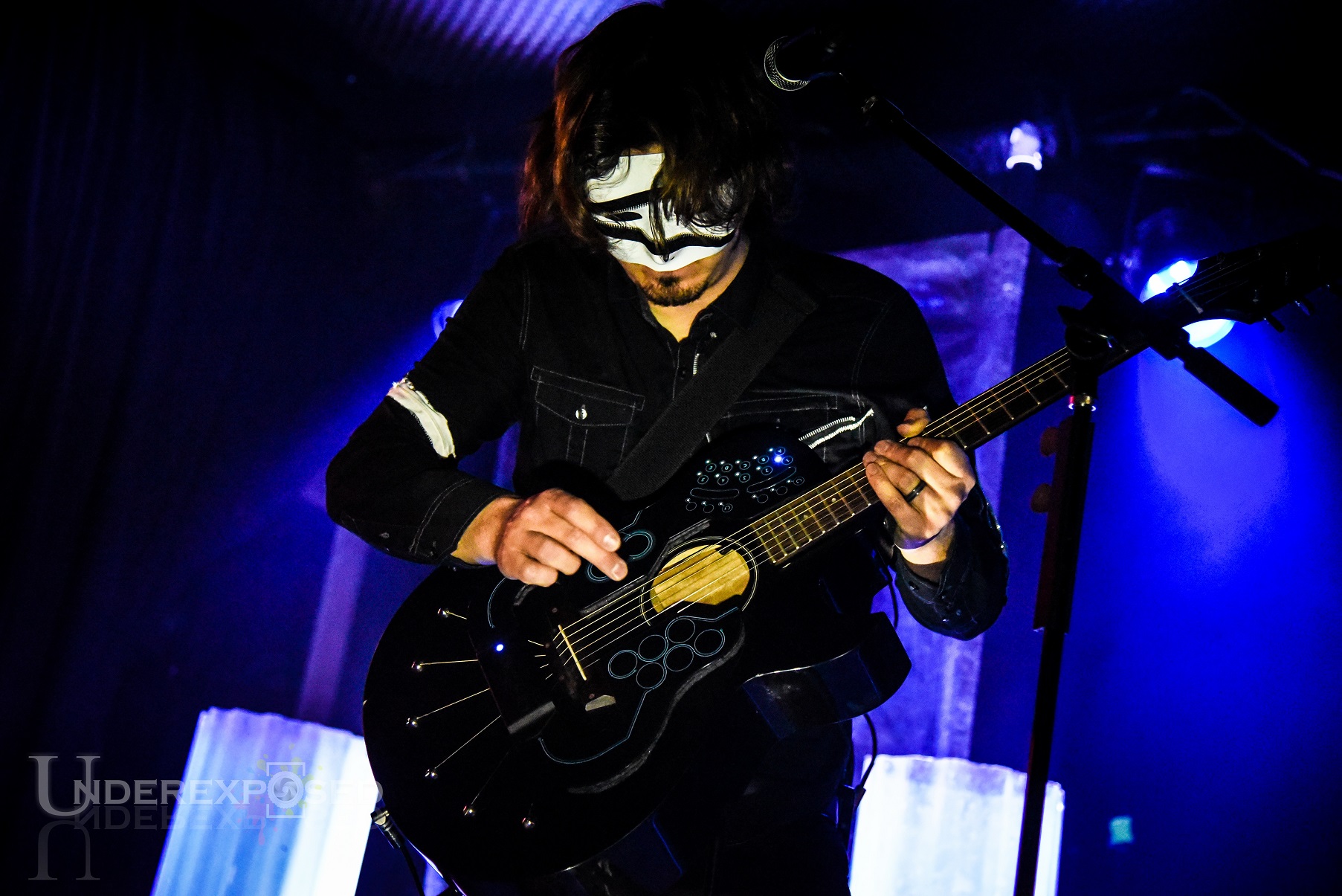 Scott, before we move on to more of these sorts of questions, can you take some time to bring our readers up to speed on you and what you do?

I fell into music by accident. A friend of my in high school asked me to take guitar with him so he knew someone in the class. I had no desire to learn, but figured I would go hang out with one of my friends. And I got hooked from day one. I stopped playing video games and just started learning as many songs and chords as I could on the guitar. I fell into it by accident. The same thing happened with my current music project Spiral Cell.

The very beginning of Spiral Cell (before it had a name) was quite a few years ago when I just wanted to write an instrumental solo album. I had a band I loved playing in, but I had been writing a few pieces of music that didn’t fit with that band. So I would casually just write down notes or recordings if I thought it would fit with this project, and didn’t spend too much time working on it. The idea was to have an instrumental project with weird sound fx, but I had no idea how I would play something like that and not bore people to death. One day, I decided to try writing dialogue to fit to the music. I spent all day coming up with ideas for the story, and recording sound effects/ambience to fit the story. The idea for the first track “Prologue” on my first album “The Maze in the Tree Rings” came out that day, and I knew what I wanted to do. In order to keep people from being bored (and me boring myself) at the show, I added more ideas. More instruments, a light show that would sync up to the music, video project (which came later), dialogue that tells a story, costume changes, etc. And that’s how Spiral Cell came to be what it is today. A lot of it came together by accident, kind of like how I started playing music.

I’m personally optimistic about them. I actually think there is a massive misunderstanding about them, and I actually posted a full 40 minute video on my Youtube channel (ScottUhlMusic… different from Spiral Cell) trying to explain it to people. I was EXTREMELY confused when I first heard about them. I was thinking “why is someone spending millions of dollars on A PICTURE when I can easily just screenshot it?!” It seemed so dumb to me. But looking into it, and realizing the potential of them, I actually got really interested in the technology. I do think this “Expensive JPEG” part of NFT’s is going to die down and not survive. But the use-cases with them has a lot of potential in my opinion. If you search “ScottUhlMusic NFT” on youtube, you can find my video about it titled “Actually Understanding NFTs and How They Can Benefit Musicians…. Maybe.” I do think most people just do not understand the idea (just like me at the beginning). I’ve had a lot of great feedback on the video that people got the “aha” moment from it. Which is great to hear, because that was my goal.

I’m trying to figure out how to do this (as NFT’s are a very new thing), but I have an idea for my upcoming album. The next Spiral Cell album is called “Prism Eyes” and there are 10 chapters to it. Each will have a graphic novel, a song, and a music video. My plan is to sell an NFT that provides an “early access” pass to each of the chapters. So if you own this NFT, you can get the graphic novel, song, and music video before it gets released to everyone else. That gives a use case to the NFT, and it’s not just a picture that can be screenshot. There would only be 10-20 of these early-access-passes available, so it’s a limited supply. I think USE CASE NFT’s are going to be very helpful with artists and musicians who want to sell peer-to-peer products to their fans. NFT’s don’t just have to be pictures, they can be songs, or videos, or proof of ownership, and so on and so forth. And if someone doesn’t like the NFT, they can always try to sell it to someone else who is interested in purchasing it.

Currently there is a lot of cash-grabs, horrible NFTs, and scams right now, which can turn a lot of people off to it. And that’s for sure something that needs to be fixed if the industry is going to evolve. But just in the same way that no one could have predicted Uber when they first heard of the Internet, I think this is just the beginning of something very interesting and new…. or it will just be another beanie babies haha. But I’m personally more optimistic about them, especially for musicians.

Again, I think the idea of ownership of a “jpeg” is what confuses most people. I hope my video can help people understand it more. 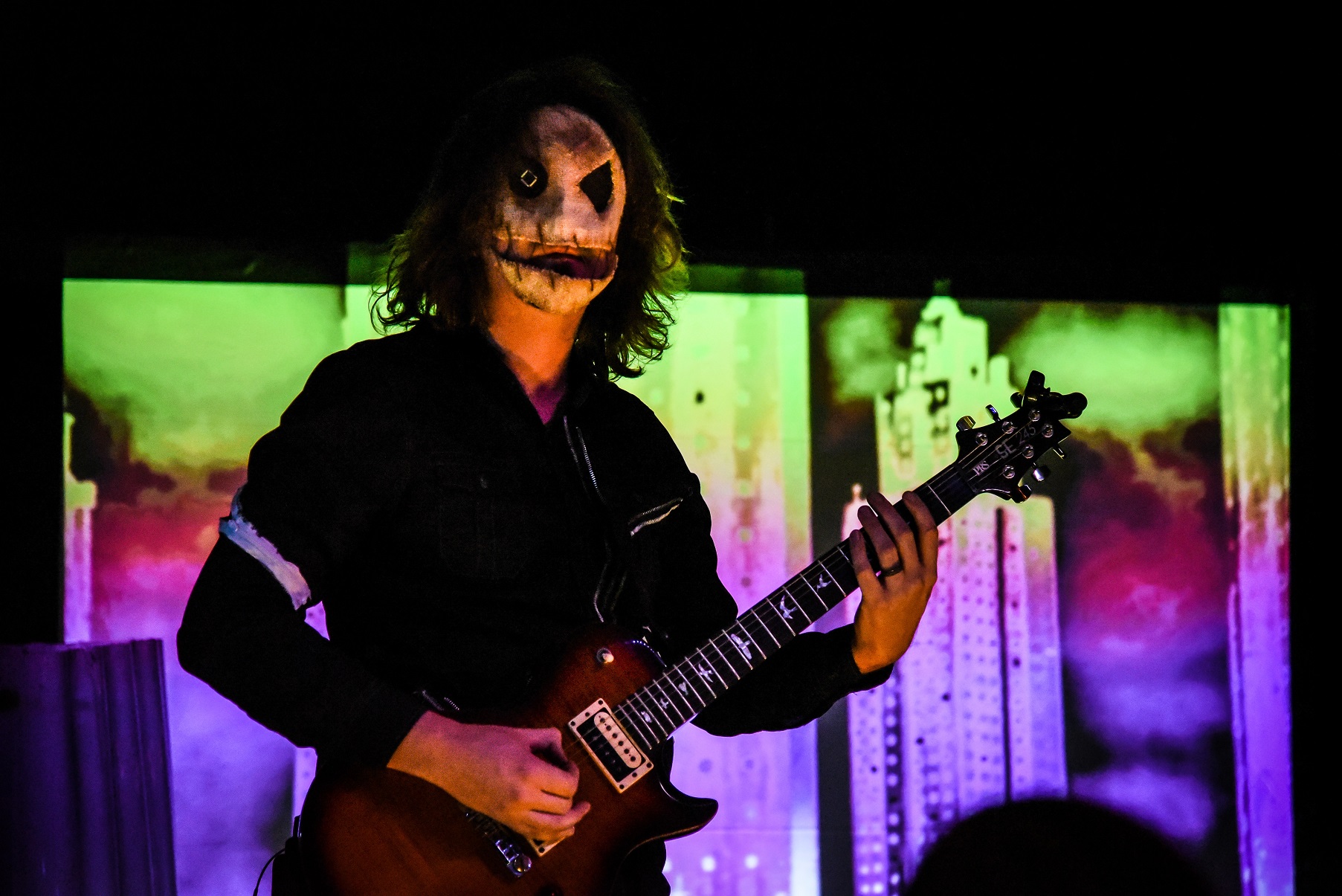 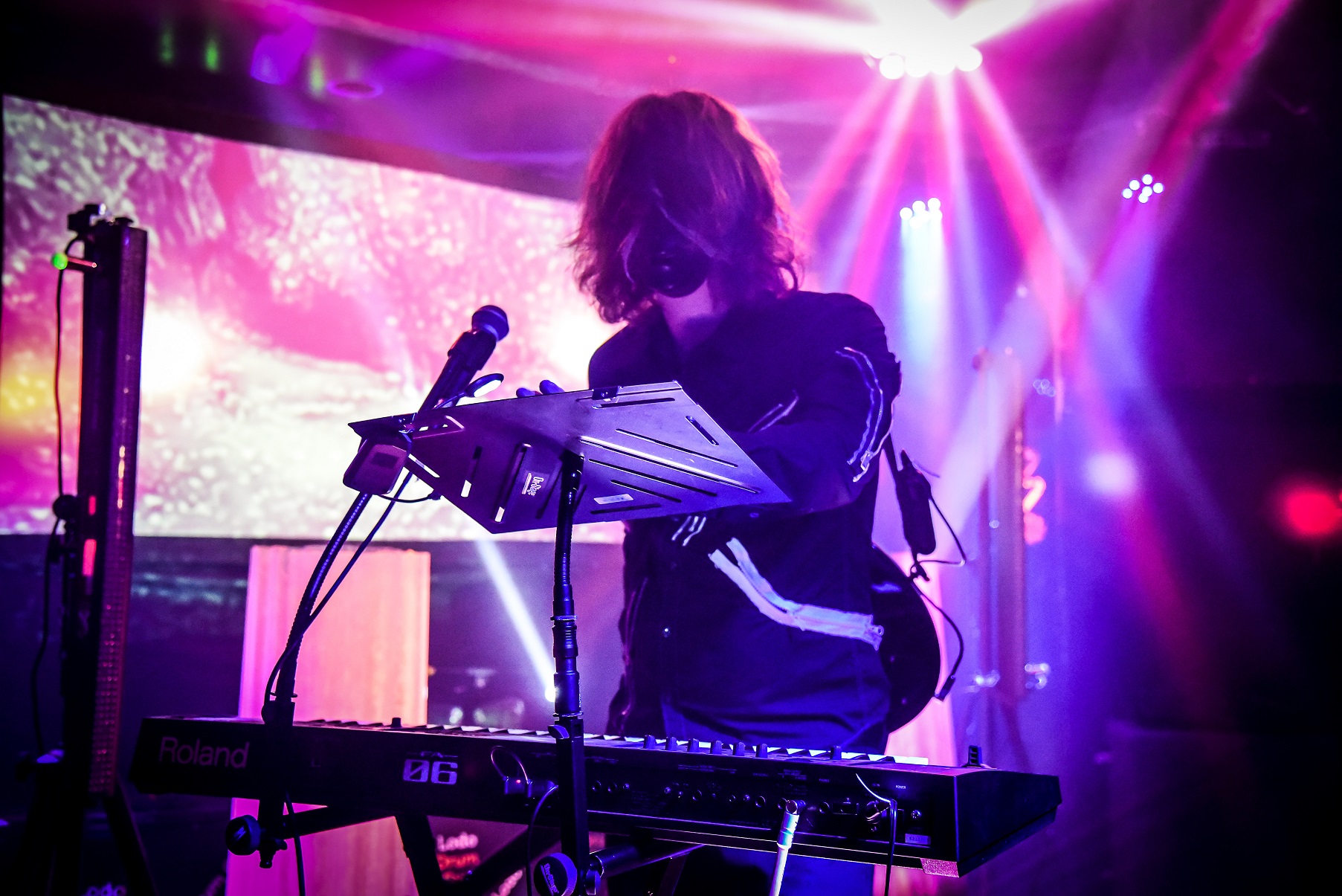 I had to unlearn the idea that “If you are good enough, people will find your music.” It’s just not true. There is so much more to being a musician, especially now. I think most people watch movies where a guy is playing guitar and singing in a bar that just happens to be the same night that the singer from Aerosmith is there, signs him, and he is an overnight success. I wish with my previous bands I knew the value of actually promoting your music. I would go to almost every concert that was in the same genre as my bands, stand outside the concert, and wait for the show to end so I could hand out burned CDs of my band with flyers to our next show in the sleeve. And then walk back to my car only to find half of them thrown on the ground lol. It was exhausting, and it did get us a few fans, sure… but ultimately it wasn’t the best way to promote our music. Especially now with how easy it is to create digital ads (but very difficult to do them successfully). I wish I would have known that back then. Barely anyone outside of Denver knew any of my other bands. That’s not the way to get noticed. Since then, I’ve learned how to run ads (still not very good at that tbh), record and mix my own music, edit music videos/promo material, and learned more techniques than just being able to play my instrument. I think that’s a really important lesson musicians need to learn. I’m hoping to apply that to the next Spiral Cell release.