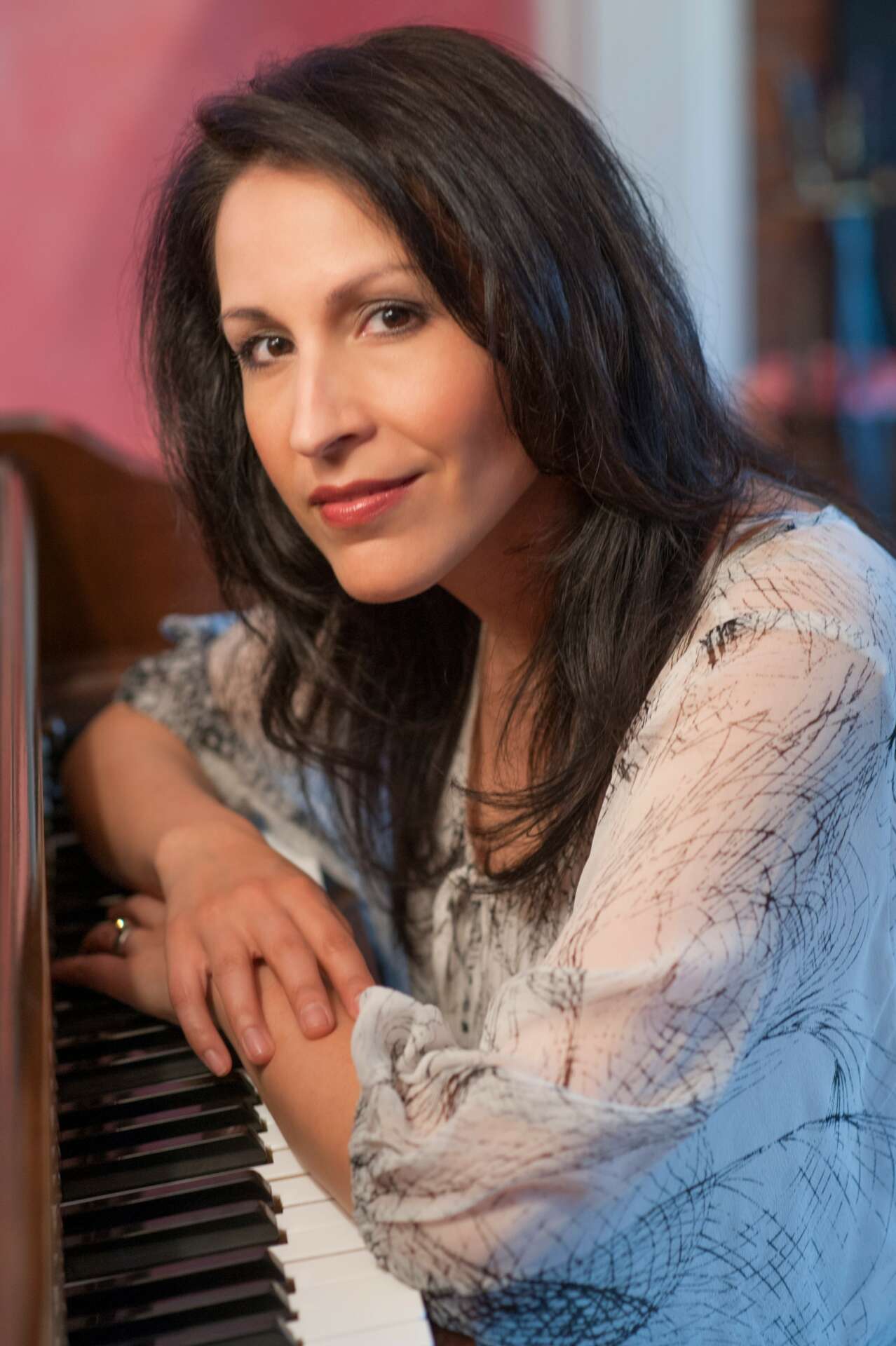 We caught up with the brilliant and insightful Rosana Eckert a few weeks ago and have shared our conversation below.

Alright, Rosana thanks for taking the time to share your stories and insights with us today. Can you talk to us about a project that’s meant a lot to you?

I have had the joy and honor of working on many projects that were very meaningful to me, so it’s hard to choose one as the most meaningful. However, my husband and I are still feeling deep emotions after working on the Grammy Award-winning piece called “Eberhard,” composed by the late legendary jazz pianist Lyle Mays and released in 2021. If you haven’t heard of Lyle, he is best known as the co-creator of the internationally renowned American jazz band The Pat Metheny Group which toured the world for years, winning 11 Grammy awards (nominated for many more). Metheny and Mays composed and arranged nearly all of the group’s music. Mays has also been nominated several times for his own solo work.

In 2021, after a 10 year haitus from the music industry, and while battling a long illness, Lyle produced one final piece, which was released posthumously after his passing in February 2021. “Eberhard,” dedicated to jazz fusion bassist Eberhard Weber (an early musical mentor to Lyle), is an emotional breathtaking mini-symphony of beauty, rhythm, and improvisation, both meditative and thrilling. As I listen to it, I imagine his life, starting with a sunrise and a breath, journeying into exciting travel and motion, peaking with a blast of thrilling volume and drama, and finishing with a final meditation and breath. It brings me to tears each time – it is so beautiful and powerful, and I am instantly transported to those recording session days with him in California. He was an absolutely brilliant and unique human being – a genius on so many levels. It was a great privilege and honor to be in his presence and work with him on this, his final piece, and it was a beautiful thing to attend the Grammy Awards this year to see it win the award for Best Composition. I will treasure every memory as long as I live. 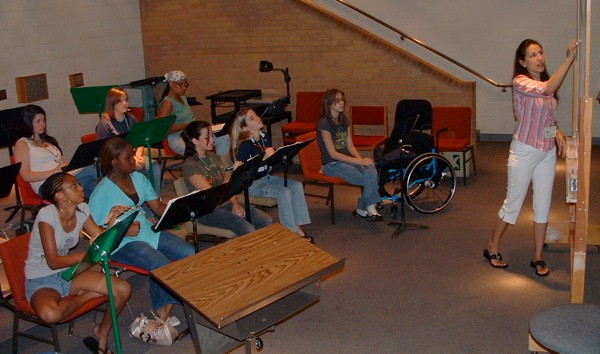 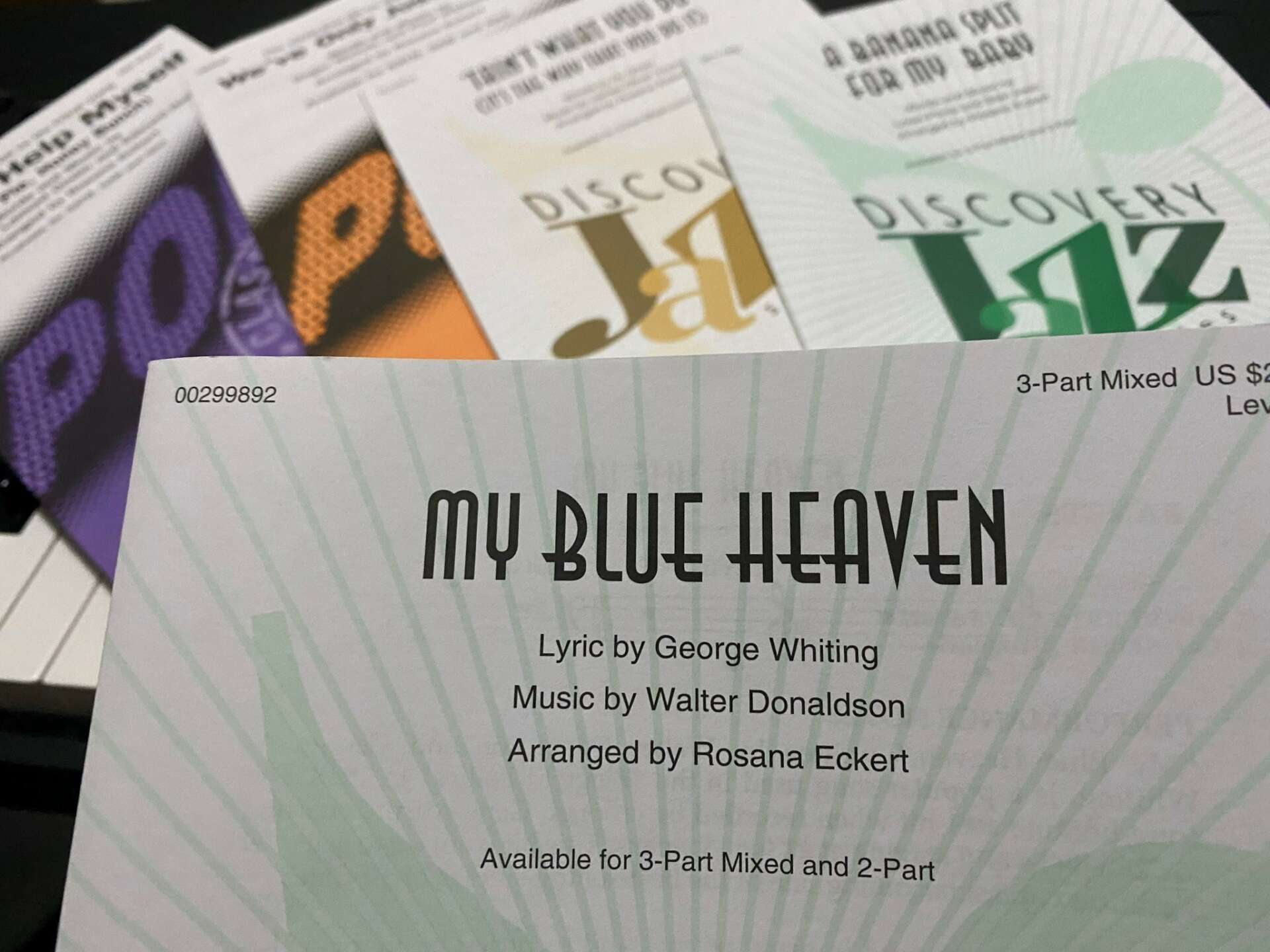 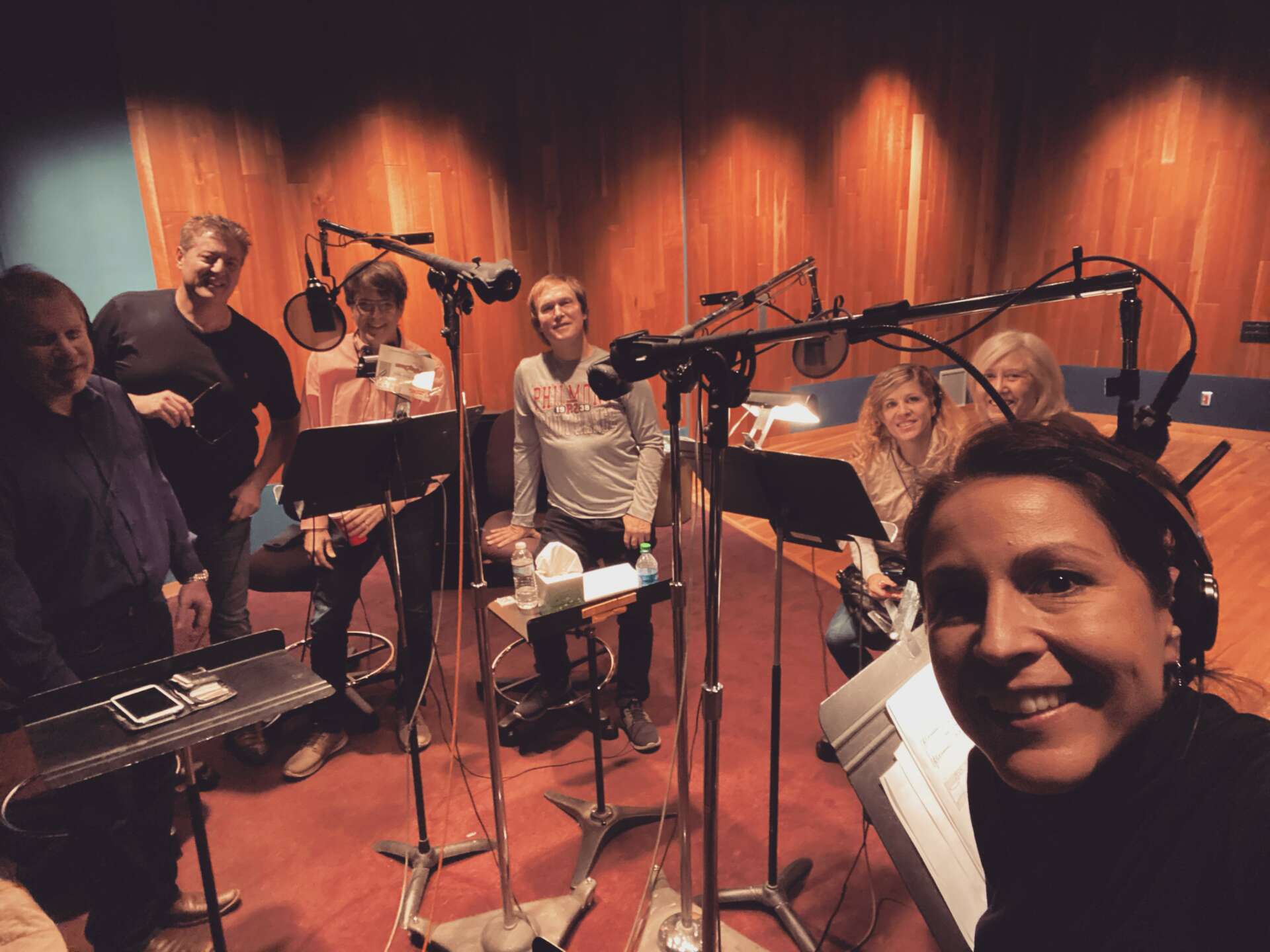 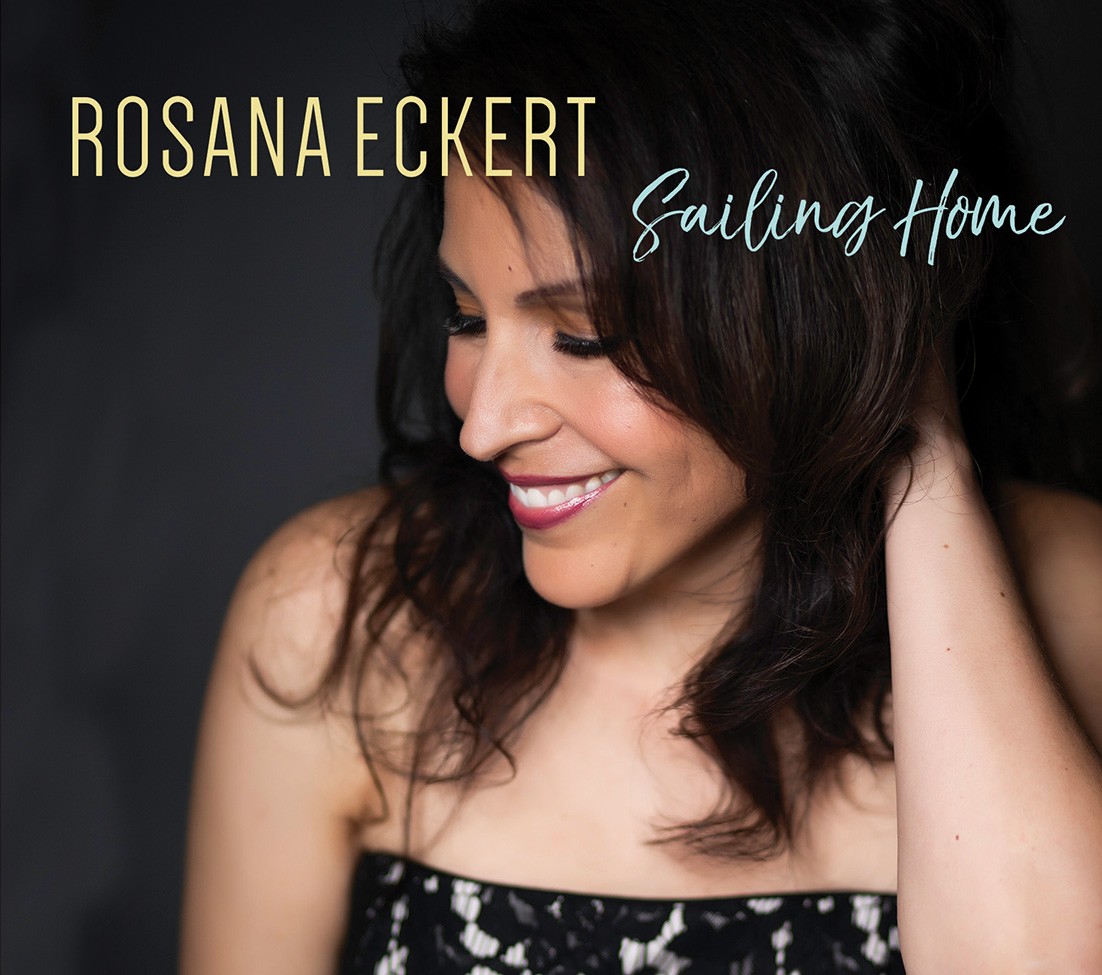 Great, appreciate you sharing that with us. Before we ask you to share more of your insights, can you take a moment to introduce yourself and how you got to where you are today to our readers.

Like many musicians today, I wear a lot of hats and work in a lot of different areas of the music and entertainment industry. I would say I’m a vocalist, pianist, songwriter, arranger, producer, clinician, jazz and voice educator, band-leader, artist manager, studio singer, and voice-over actor!

As a vocalist and songwriter, I write and perform with The Rosana Eckert Quartet, and I co-lead a Brazilian fusion band called Brasuka. I also get asked to perform with lots of other groups and musicians locally, nationally, and internationally, in many different styles of music – pop, rock, R&B, Country, etc.- but my specialty is jazz, jazz fusion, and Latin fusion.

As a choral arranger, I have pieces published by four different companies, and I write in jazz and pop styles for all ages and levels of choirs around the world. This work has gotten me into the choral scene as a guest conductor for All-State jazz choirs, a festival adjudicator and clinician, and a commissioned composer.

A big part of my life is in education. After getting my Master’s degree in jazz studies from the University of North Texas, I was the first woman and the first minority hired to the esteemed jazz faculty. Initially, it was a part-time position as the first private teacher in jazz voice. Over 20 years later, that part-time position is a full-time position in one of the most renowned vocal jazz departments in the world. I teach the majority of the private jazz voice lessons, and I have created courses in songwriting and jazz pedagogy for contemporary commercial styles. The UNT College of Music is an inspiring atmosphere in which to work, and I appreciate every day that I’m there.

Finally, there is my “studio life.” Back in 2000, while working part-time at UNT, I was hired to join the house back-up vocal group at a local studio that produced commercial jingles. This opportunity got me into the studio singing community, which has led me down an incredible path of studio recording. I’ve now sung regularly at various studio for 22 years, recording commercials, radio IDs, album background vocals, publishing demos, solo collaborations… you name it. I’ve also been asked to produce projects or vocal sessions of all kinds, from children’s vocals to professional albums. Additionally, about 8 years ago, I took a dive into the voice-over world, signing with the Kim Dawson Agency as a voice-over actor. Among the many jobs I’ve done, I’m the in-house promo announcer for KERA TV, Dallas’ award-winning PBS TV station.

Honestly, I never dreamed my career would be so varied and fun. It can be really insane to balance all the spinning plates, but I just try and stay organized, keep learning, continuously work on my craft, and keep nurturing the community.

When it comes to my creative journey, I wish I had asked more questions early on about marketing and publicity. There are so many wonderful resources now that weren’t around when I was first recording albums, and it took me awhile to appreciate the magic of a really good publicist or publicity team. There’s a phrase I hear often that says “don’t just release your music into the void.” I think this is true for any art — if you spend all your time and money on the creation of the art, but you don’t spend time and money on the publicity of the art, no one will know it exists. I’ll add that being part of a creative community is really beneficial. Not only is it inspiring, but you can get good mentorship and friendship from other creatives and learn from their experiences. It helps to do things like enter contests, attend jams or festivals, join like-minded groups, support and collaborate with other creatives. Community is so important. 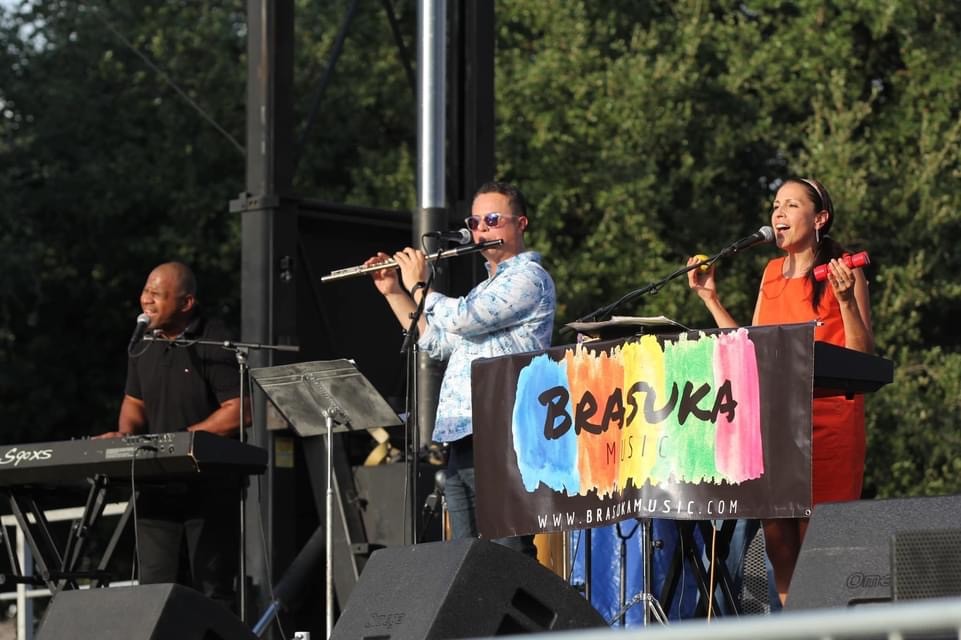 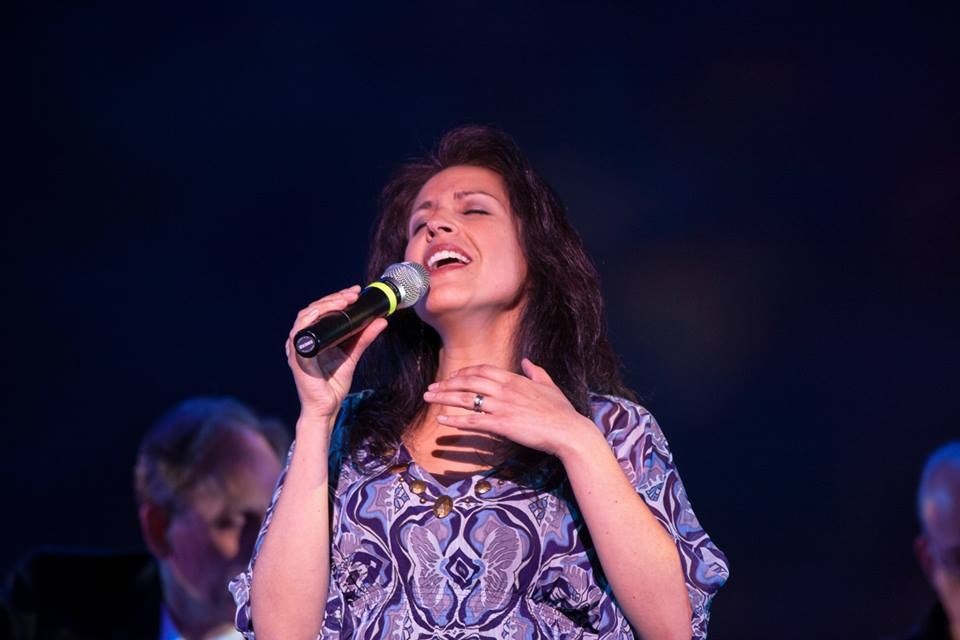 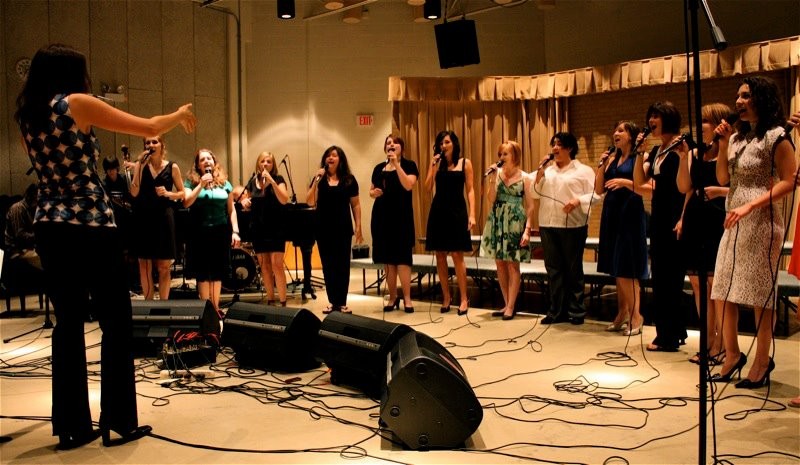 With my music, I have several goals. I want to make positive music that feels honest to me and represents me in a genuine way, and I want to make the audience feel included. It’s also important to me to give the band a good experience that is fulfilling both musically and personally. I have a deep hope that I can expose more audiences to jazz in a way that makes them curious to seek out more jazz. Sometimes people have one perception of jazz, and it’s not always something people think is for them, but jazz is a huge umbrella! There is something for everyone! It’s such an important part of our American culture, and it is the root of so much American popular music. I think if presented thoughtfully, everyone can love and embrace jazz, and I try hard to achieve that with my music.