We caught up with the brilliant and insightful Reemo Meerak a few weeks ago and have shared our conversation below.

Reemo, thanks for joining us, excited to have you contributing your stories and insights. I’m sure there have been days where the challenges of being an artist or creative force you to think about what it would be like to just have a regular job. When’s the last time you felt that way? Did you have any insights from the experience?

Whooooooooo….we are going there, HUH.

Well, I’m not going to lie as I’m on this amazing run in 2022 thus far, and in Year 16 of my career…this question or emphasis of such has pondered me.

Honestly, I’m blessed for what has become of the Reemo Meerak Brand from years of hard work, perseverance, lots of “NO” and the same amount of “YES” have kept me going in what I do creatively. On the flip side though, personally has come about to my mind a lot, especially after losing my mother in 4Q 2021. I was ready to give up EVERYTHING I did with my brand…..LITERALLY E-V-E-R-Y-T-H-I-N-G!!!!!, but came to my senses with good friends, spiritually tapping-in, and my LADY really being on my side during this time, as well as these two very important questions my mom asked me two years prior in 2020 when I was doubting myself; “What’s Your Commitment and What’s Your Conviction?”. Those two questions always snap me back, and I get to it.

I’m currently doing both as an Entertainer, and as an Educator for NYCDOE (This Past April made 10 Years). Honestly, I don’t feel my job weighs in heavy on my mindset because I don’t allow it to. YES, time wise it has some kind of “Equity” but when being a municipal worker for the city you have to understand the rules, as well as follow up on your decisions, and whereabouts as much as possible. Also, my “job” IS THE SIDE HUSTLE, and my Career is the “JOB”. The job is a “Means to an End” in my book. The students fuel my entertainment side of me. I love how they want to know so much about what I do, but i’m careful about letting them know everything so that they are not discouraged from their dreams and passion. 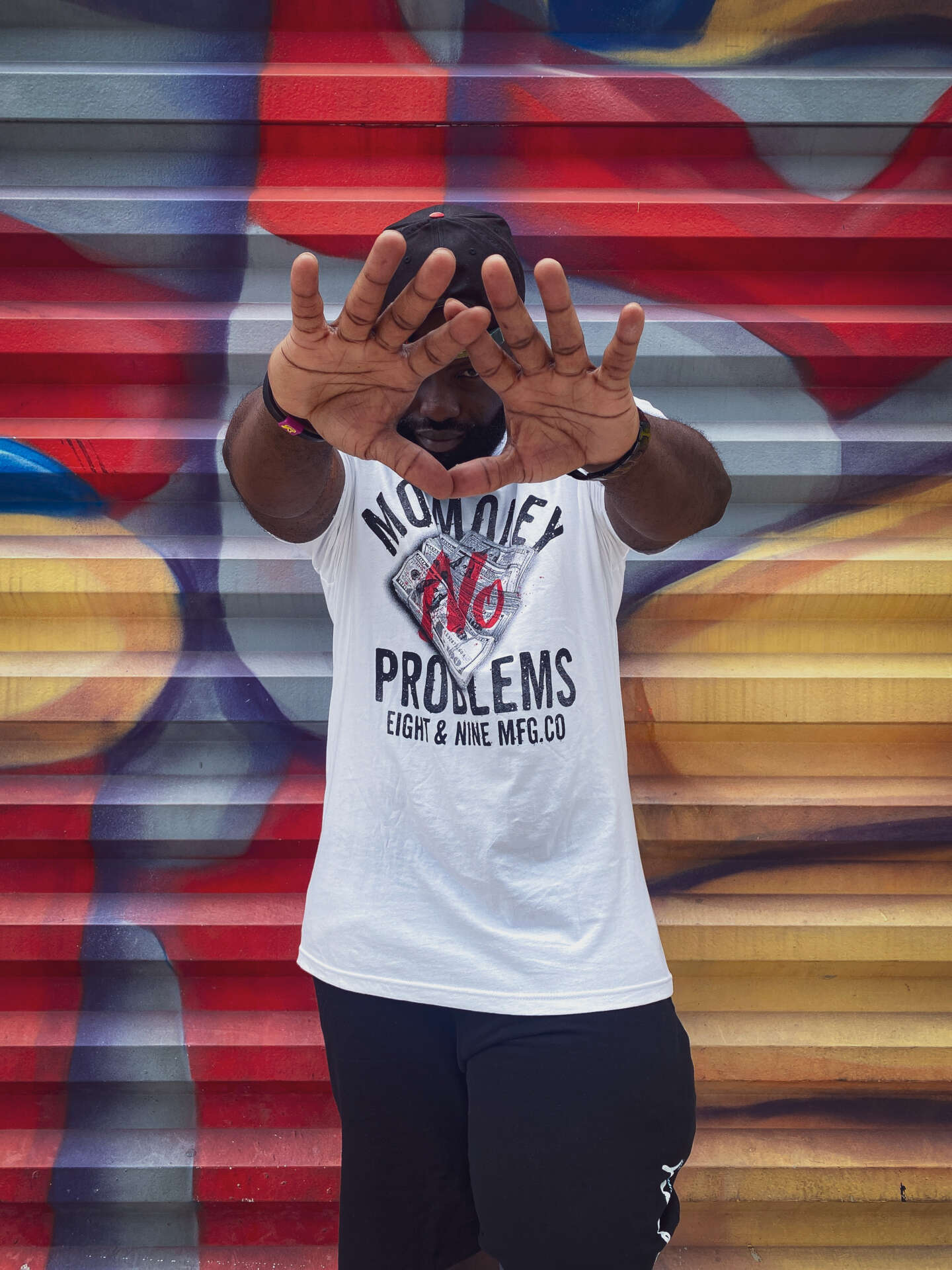 I started in the industry back in 2006 as an Actor. I did background work, as well as some “one-liners” on major television shows and movies from Law And Order: SVU, Elementary, Nurse Jackie, Friends with Benefits, and much More. Funny thing of how I started, one night after work I went to a party in Harlem, so I’m BEING MYSELF….animated, sarcastic, humorous, and all. Then, I go to the kitchen to get another drink and there’s this young guy (Kinda looked like Lupe Fiasco, but it definitely wasn’t him) and we start talking about the industry. He let’s me know about Central Casting Agency, and how he’s been placed in commercials, tv shows, and movies. MANGGGGGGGGGGGGGGGGGG’listen ….I was like how much and where?!!!!!! He told me like $30.00 to submit your photo, SHIDDDDDDDDDDDDDDD this like 2006, I was spending that on LUNCH alone when I was working in Soho…lol. Called out of work next day, and went to the office. SUBMIT my photo, and in a few weeks was placed on Law and Order: SVU.

I did face some issues due to lack of knowledge with the business side of the industry, including damn near talking my own life away multiple of times. In this industry you must find a fine balance of understanding the business, and being happy of being there. When I started in 2006, I was dealing with not being happy working at a high-fashion retail store, and just overall not feeding my creative side at all (Hell I went to The High School Of Art and Design – Class Of 1998). Once, I became an Actor…I was getting into damn near Evvvvvvvvvvvvvvvvvvrything….Litterally. PARTIES, Women, after parties, and ETC. Meanwhile, my purpose and desire wasn’t getting fed properly. Then, when I stopped getting work that’s when all hell was breaking loose, and I got in a real bad depressing state which led to multiple suicide attempts, as well as finding myself appeasing to people wayyyyyyyyyy too much. I decided after my final suicide attempt in 2011 to pull back from everyone including Family (I do not condone or promote as such for someone to do…get Professional Help), and really work on myself, as well as my Self-Love.

Definitely when I became an Educator, is where things changed for my brand. I started having a purpose, and it was the youth that started building back my happiness, as well as my creative flow started growing rapidly. Then, IN 2012 transitioned to Media where I really started understanding the business, as well as creating a platform that would shed away the negative stigma that was against black creatives, as well as something from my vision that seen the dope’ness from my community.

Over the time in media since 2012, became a multi-award winning producer, executive producer on multiple projects, Producer on a platform that aired on HOT97FM, Fox Soul, and Dame Dash Studios, honored for my media contributions, and gained the respect of my peers in the industry for my craft, and got my platform on a major streaming app.

2020, after a 10 year hiatus I returned to acting and was featured on a Short Film called; “Blue Line” (Amazon Prime). I portrayed an NFL Player who’s getting harassed by police. The movie was premiered for Harvard University Law and was on Amazon Prime. Funny thing, I was close to being re-casted for my role until I worked very hard in the summertime and was practicing my lines everywhere until the final audition read. Then after, I did another short film called; “Y.O.T.” (One Scene Cohort Collective) where I Portrayed a father doing his all to understand the lingo of her daughter. Definitely still showed some rustiness with acting, as well as much blessings that the director was patient with me, and honestly should of been more prepared despite just doing a film prior. After this I decide to get an Acting Coach (KEY For doing this as a Career), and I went to one of the best and known coaches; Tracey Moore.

During my minor time with Tracey (Due to caring for my Mom who was ill) I started being more in-tune with my craft, as well as certain tings started coming back to me regarding with techniques and understand of how to approach roles, as well as building my confidence. Right after this, I land the role with ABD Films Production on their latest project called; “Ice Dealer” where i portray a henchmen; “Kamal” a few one-liners but my confidence is rising at this point. The web series; “Starting From SCRATCH” I really get in tuned with my character who’s self-named; “Reemo”.

Finally, “Junie” which is still in productions will definitely for sure be the “coming out” party for my talent. I portray an Alcoholic abuse Father named; “James”. Truly can say the best productions I’ve acted and worked on in my career. The staff was really understanding of what I was going through with the lost of my mother, and just the overall respect we all had for one another on this project. I PROMISE YOU, this film we be talked about!!!!!

Overall, I make sure to upkeep my consistency, network relationships, work ethic, and respect within the industry, as well as in LIFE!!!!

I’m proud that throughout my career when the chips were down, or I had doubt there were people in my corner, as well as “Perseverance Was Real”, and staying true to my spirituality to keep going with a career I love!!!! 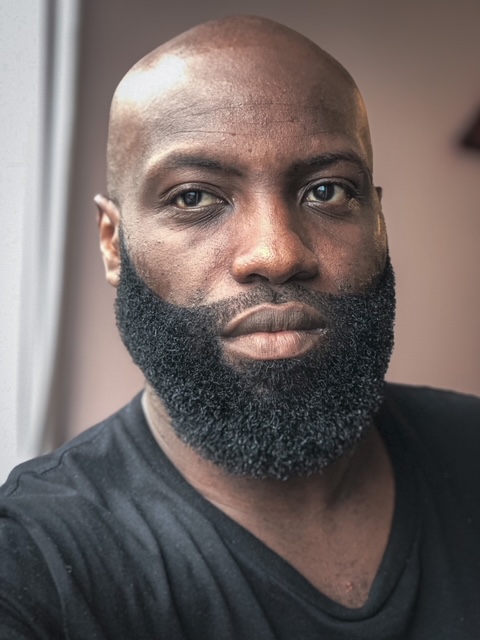 My View on NFT’s is still optimistic as I’m still learning of them as well as amazed by the level of rise with the community ,and culture. I attended 2022 NFT NYC for a first time, and HOLY S&#T I NEVER ENJOYED SUCH A RUSH of Fun, Networking, and Excitement for this new era of currency market.

I feel by end of the summer will make a push to mine a few of my Merchandise, and Podcast Episodes.

The particular goal or mission on my creative journey honestly to be one of the best ever to do it, and that I was impactful to my community as possible, and conducted in the best business mindset. Being a creative comes with a huge deal of responsibility to allow the world to see and feel of what you created, as well as your passion of outright for what you LOVE!!!!

I take being a creative as passionate as I do because of the family and friends that were around me who were creative as hell, and being an Alumni for one of the best art high school in NEW YORK CITY with Theeeeeeeeeeeeeeeeee High School Of Art And Design.

I love where I’m at NOW, and definitely want the next batch of young creatives to take heave of this era and crush it!!!!