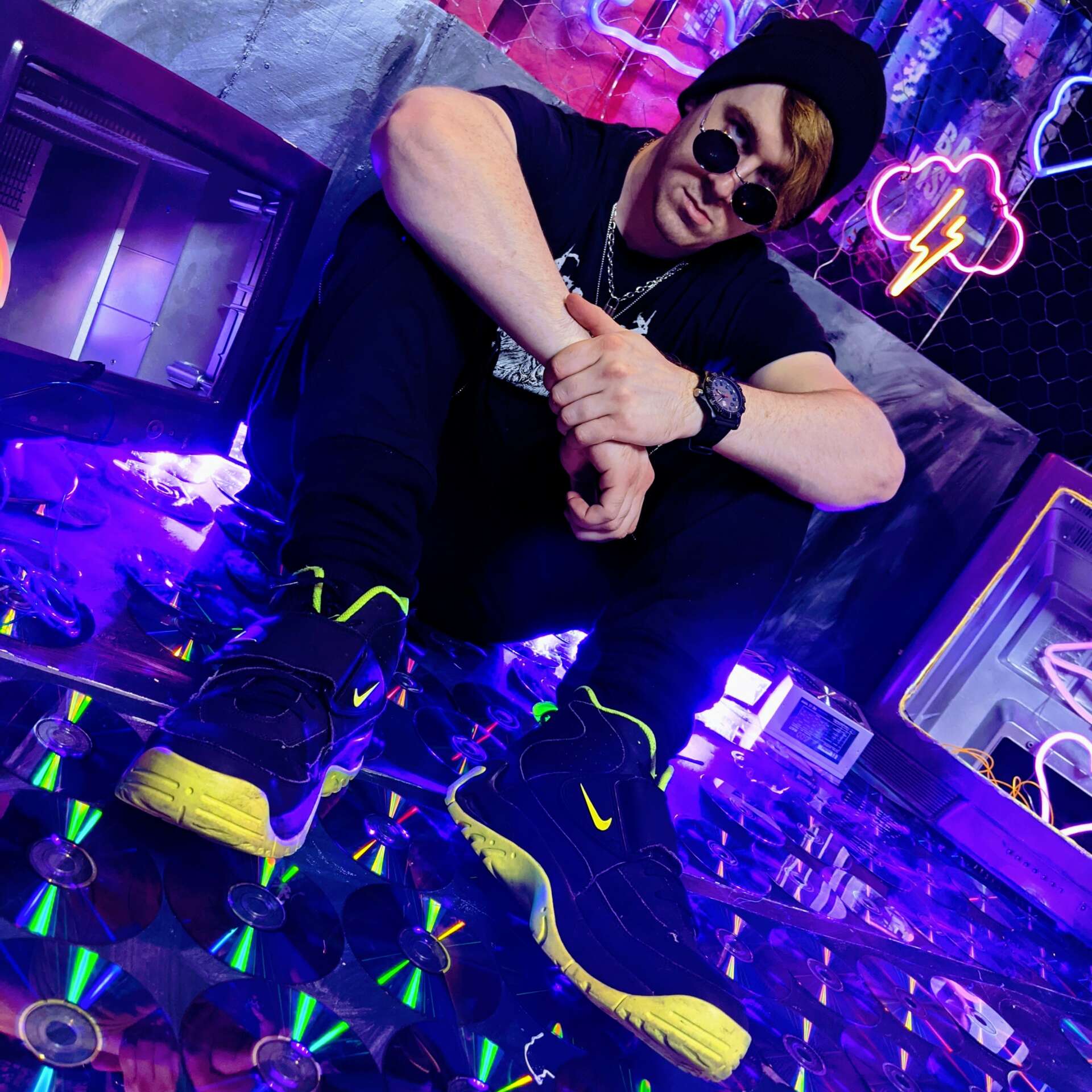 Alright – so today we’ve got the honor of introducing you to NeoQor. We think you’ll enjoy our conversation, we’ve shared it below.

NeoQor, appreciate you joining us today. It’s always helpful to hear about times when someone’s had to take a risk – how did they think through the decision, why did they take the risk, and what ended up happening. We’d love to hear about a risk you’ve taken.

When I was a teenager, I was just starting to go to raves and parties,and long before I’d ever even actually gotten started as a DJ or producer, there were certain artists I listened to who had made certain tracks that had just struck an emotional chord and stuck with me.

Fast forward a few years to when I was a bit older and had just a few years of music production and DJing experience under my belt, I revered many of these artists even more, as I’d gone deeper down the rabbit hole of their discographies and had bonded more with their work. I’d also gotten more serious about DJing and production and so they started to serve as role models for me.

As a young man of about 20 (I’m 27 as of the time I’m writing this), I considered it to be a pipe dream to work with any of these artists. There was one of them in particular who I came to respect a great deal, especially after learning more about his own story as a producer in an interview.

Now to be clear, in my mind, this person was lightyears ahead of me, as in untouchable, way out of my league!

He was far ahead of me in both technical skill and in the size of his fanbase (I mean let’s face it, at the time I had no real fanbase to speak of LOL).

And even with my own growth over the years, he very much still is wayyyyy ahead of me as an artist in all ways.

Back in 2015 he came to my city to perform, and after the show I met him very briefly, but I was only one of many, many people in the crowd to come up and introduce themselves after, and so despite thinking how awesome it was to get to finally say hi to someone I’d respected a great deal, I didn’t think too much of it or let myself get overly excited about it.

But after I got home, late at night at about 3AM, I had an idea. Since I’d had a chance to introduce myself in person and establish perhaps even the tiniest bit of rapport, I decided to reach out.

Something inside me just felt like I needed to do it (of course, maybe I was also a bit emboldened by some of the substances I had consumed that night, haha) but I thought, hey, what the hell. I’ll never know unless I give it a shot.

So, I sent a friendly message on Soundcloud of all places to let him know I really enjoyed his set in Dallas, and I included with a link to a track of mine, respectfully asking his thoughts on it, trying to be as genuine and personable and non-spammy as I knew how to be at the time (looking back at the original message, I’m honestly still a little shocked I got a reply, haha).

That being said, I did not expect anything back. To me, this message was a moonshot, a hail mary for me – hopeful for the best but also accepting that there probably would be nothing that comes from it.

But I did get a reply. It did not come immediately. In fact, if I remember correctly it came days, maybe even over a week later when I least expected it.

But here’s the thing… It’s not about that single reply to a message that I want to emphasize
It’s about everything that came after it.

The conversations that ensued.

The work that I kept pouring into my craft, because I knew I had the attention of someone I greatly respected, and I wanted to demonstrate what I was capable of.

A relationship that was formed over many, many years which started largely in part because I said “fuck it” and decided to put myself out there.

It wasn’t until many more years, many more exchanged messages, and several more events later where we’d crossed paths in person that I’d finally felt the time was right to propose an official remix.

That was completed and released in 2018.

A year later in 2019 I proposed a collaboration.
That was finished and released, and was the biggest release of my career at that time.

Another 2 years later in 2021 I put out another official remix on his new label which dwarfed the previous one in sales and streams.

And now this year in 2022, I’ve done another official remix on that same label, and another collaboration with this same artist has been released as well.

Needless to say I’m extremely grateful for the opportunities that I’ve been blessed with so far, and if there’s one bit of wisdom I want to impart from this story, it is to never be afraid to put yourself out there.

This is my story of a risk that I took.

Maybe it’s a small risk to some.

After all, I didn’t risk my life, my livelihood, or my well-being.
I only risked rejection.

But it was a risk that, even in my hazy, drugged-out stupor, I was still a bit hesitant to take in that moment when I first made that initial outreach.

And over time, it paid off in a huge way, and has proved to be probably the most significant risk I’ve taken in my creative career.

I could have stopped myself that night from sending that message, thinking “nahh who am I kidding?” turned off my phone, and went to bed that night thinking it was not worth the effort.
But then I never would have seen what could have unfolded from there.

Put yourself out there. Plant your seeds.
Be humble, of course, and be HUMAN – don’t spam, don’t act like a crazy fan, and DON’T approach anyone with an open hand and an entitled attitude expecting anything from them.

Be willing to accept the risk – expect nothing and accept that nothing may come of it.

But remember that things aren’t always as out of reach as they may initially seem.

(And of course check out my latest collaboration, ‘Random Encounter’, with S3RL and Icemania, out now on EMFA Music ;P)

Here is the link to the track by the way https://fanlink.to/RandomEncounter 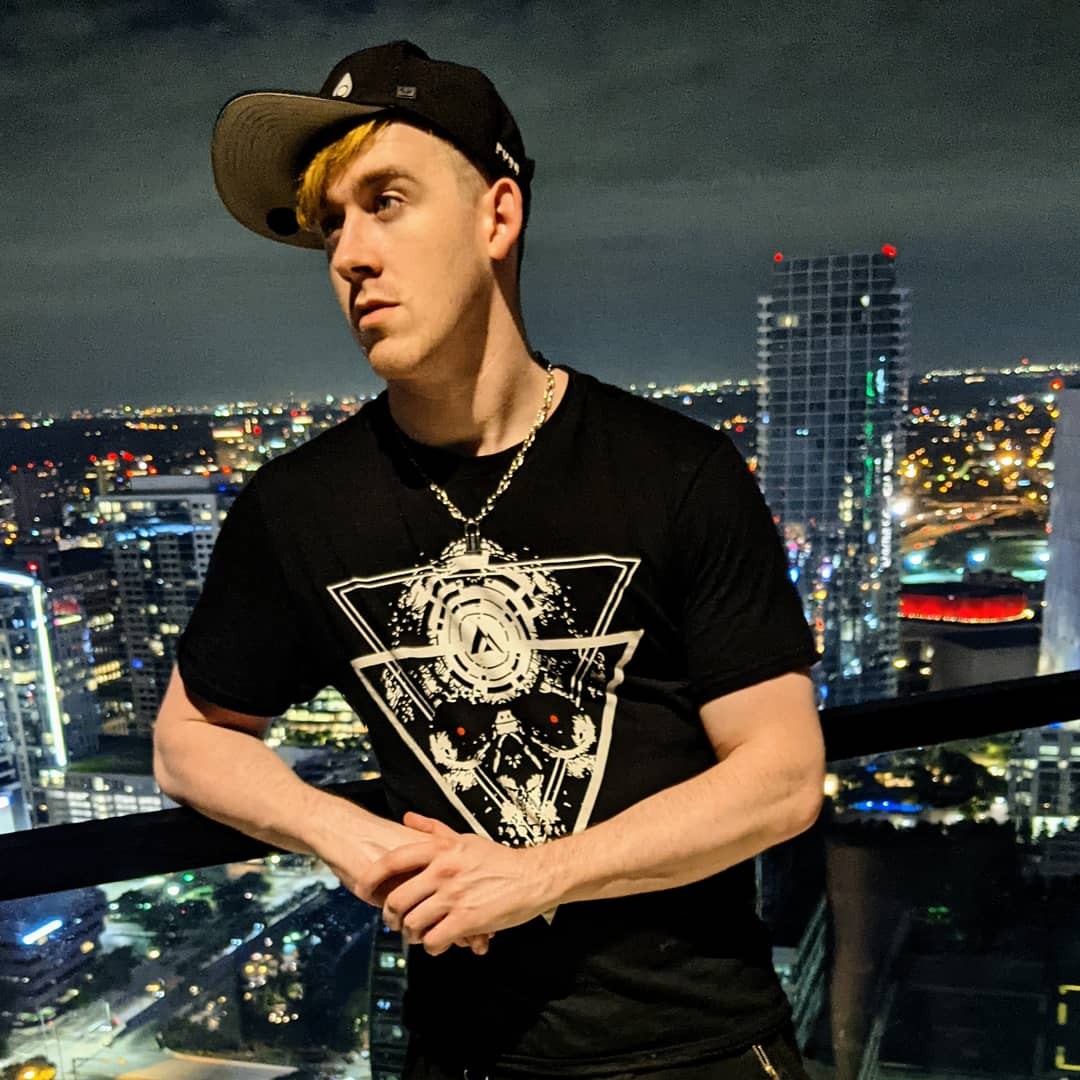 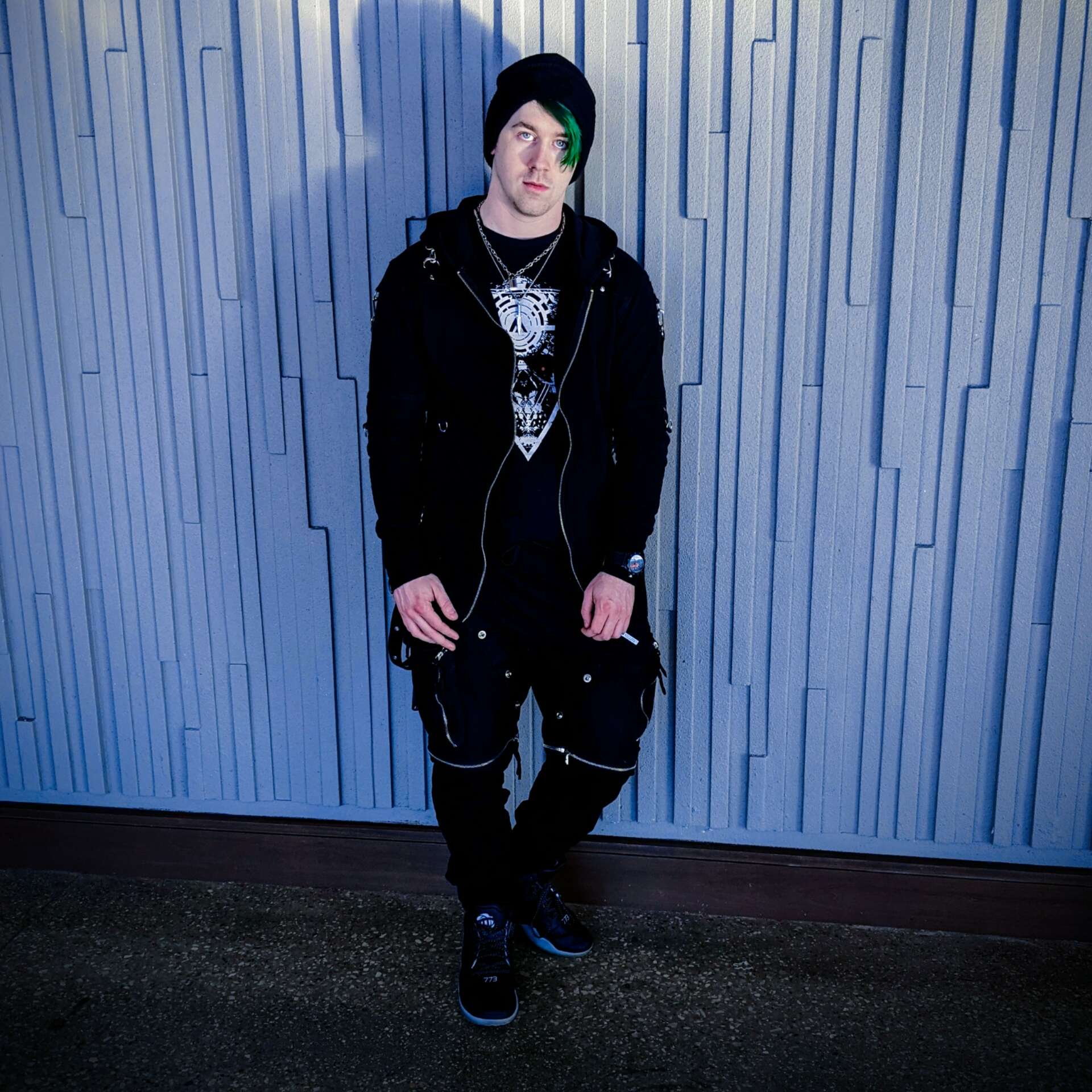 My name is Jace, but I release music and DJ under the name, “NeoQor.”

I make many different genres of electronic music which can essentially all be boiled down to “extreme rave music.” It’s the easiest way for me to explain it to people.

Because I essentially make the kind of music that I personally want to hear more of in the world based on how I’m feeling, my discography varies widely across many different moods and tempos (although you will find a lot of them do lean on the faster side).

I initially got into DJing when I watched a DJ at an anime convention in 2011 rocking the crowd and noticed how fun it looked. It also occurred to me that DJing could be a way to make money and party at the same time.

Shortly after starting DJing, I got tired of playing other people’s music and wanted to make my own to play out. That was it for me. I became obsessed with music production and it quickly became the only thing I wanted to do for many years.

For me the name “NeoQor” in recent years has evolved to mean “new core”, as in the inner continues to evolve and change — the “core” renews itself.

I really want to be the example in my own life for others that you can ultimately accomplish what you set your mind to, as well as demonstrate to people that you can continue to evolve and change and continually reinvent yourself into something new and fresh that is still authentically you.

I rarely get asked this question, and so I am excited to nerd out on this a little bit.

First of all, on the topic of focus, I really love:
Essentialism by Greg McKeown
The ONE Thing by Gary Keller

Both of these books helped me tremendously at a time when I was feeling extremely ovewhelmed and “busy” without really being productive. They will help you cut the bullshit out of your life and figure out what’s really important and go right after it.

Also on that same topic, a book that I have read and am actively applying is Franklin-Covey’s book “The 4 Disciplines of Execution”

Finally, “Breaking the Habit of Being Yourself” by Joe Dispenza is one that helped me work through a lot of my own mental and personal issues during a very dark time in my life where I was in a deep mental and emotional hole. 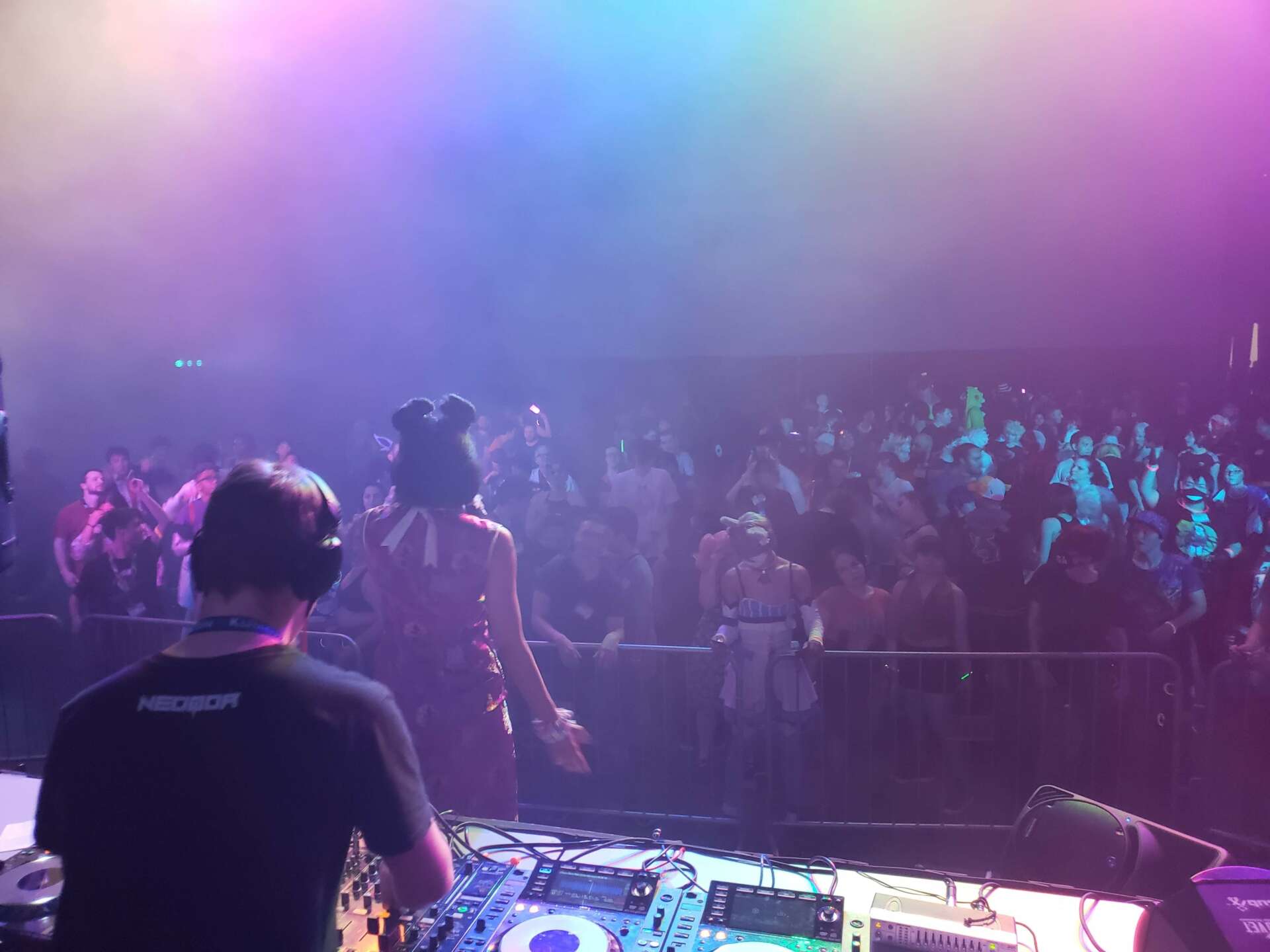 I’ve definitely made some mistakes in my life and in my journey.

There have been times in the past where I’ve let my ego get in the way and have acted in ways that have pushed some people away, and understandably so.

I’m grateful for the mistakes I’ve made in the past looking back, because those mistakes provided me with an opportunity to go within and grow.

I am more resilient now because of those mistakes.

During those times, I remember there were certain people who were not just feeling understandably hurt, but were being downright nasty, trying to get me to stop making music, telling me that my career was over.

I just think back and imagine what would have happened if I’d actually listened to those people.

I certainly wouldn’t be who I am and where I am now if I had. :)