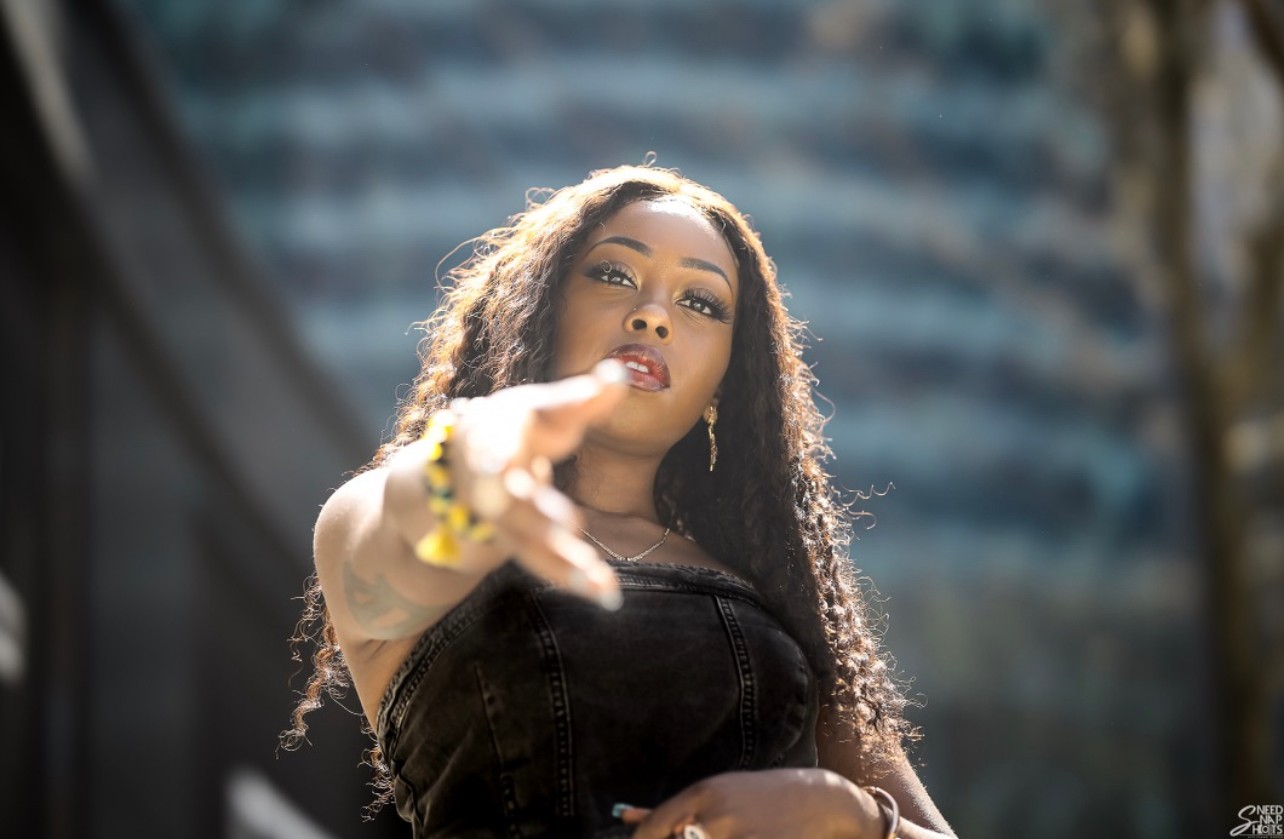 We were lucky to catch up with Miss Primrose recently and have shared our conversation below.

Hi Miss, thanks for joining us today. Can you recount a story of an unexpected problem you’ve faced along the way?

Thank you for having me, a lesson I was taught from a very early age is that family would always be by your side no matter what. It wasn’t until I entered into the music industry that I would truly understand the full weight of that lesson. Let me dive a bit deeper, I grew up in a household where my Jamaican parents struggled to make every dollar that they earned. To provide for their three children, meant that sacrifices were made daily. They gave my siblings and I a lifestyle where we didn’t have to worry much. We always had a home, a bed, food, clothes on our backs and a vehicle to get from point A to point B. As children you never really know the sacrifices that parents make to provide a seemingly easy life. That was true until I got older, and even more so clear after I broke into the music industry. My brother and I didn’t have the best relationship growing up. We would clash more than the titans lol. However, no matter how much we would argue I could always recall my dad telling us in the middle of some of the most heated fights, “Family will always be there. When friends have gone from your side, and the money runs low, family will be the only foundation you could turn to, so we should live lovingly.” Disregarding this message I would always put friends and boyfriends before myself and family. I felt like they understood me more than my family. As if they fulfilled my needs far greater than anyone in my family could. For a while this seemed to work. My first real friendship breakup happened in college, where a group of girls I called friends ushered themselves out of my life in disheartening ways slowly but surely.

Then came my adulthood, where the guy who I swore was the Love of my Life, disappointed me by cheating and eventually leaving me completely. These lessons hurt me. Yet I still didn’t learn what my dad had been trying to teach us up until those points. And you know how it goes in life, you will continue to experience the same feelings of disappointment until you learn from the lesson life is trying to teach you.

A year into starting my music career journey, I’d given a lot to so many people. Folks who I thought would be with me till the end, left. The moment I fell short, didn’t have funds or couldn’t make a decision in their favor, they were gone. I found myself again, depending on strangers to be there for me through thick or thin when they were just in it for a check or temporary and quick satisfaction. This lesson finally hit home when the person who had been with me since the very beginning decided to– ghost me. This was the moment I realized that I should stop putting my hopes in people who didn’t share my bloodline. Not to say my previous traumas from my family should be ignored, but I should instead, place my efforts in healing those traumas and not just try to mask and fill voids.

At the beginning of 2022 I found myself in one of the biggest arguments I could face with my brother. We went several months without communication and I didn’t think much about it because I had so many people around me that “loved” me, or so I thought. I spoke to my therapist on how the non communication between my brother and I was beginning to set into my consciousness, she advised that I may want to reach out to him but advised that I should control the conversation as to prevent any further damage in my healing process. It turned out we both needed to get in touch with each other. Long story short, a month later he would be performing with me on stage as a part of my band. I’d forgiven him not just for him but for myself and we talked things out. Nothings perfect and we still have a lot of work to do but the understanding that family has each other’s back no matter what, is always there. 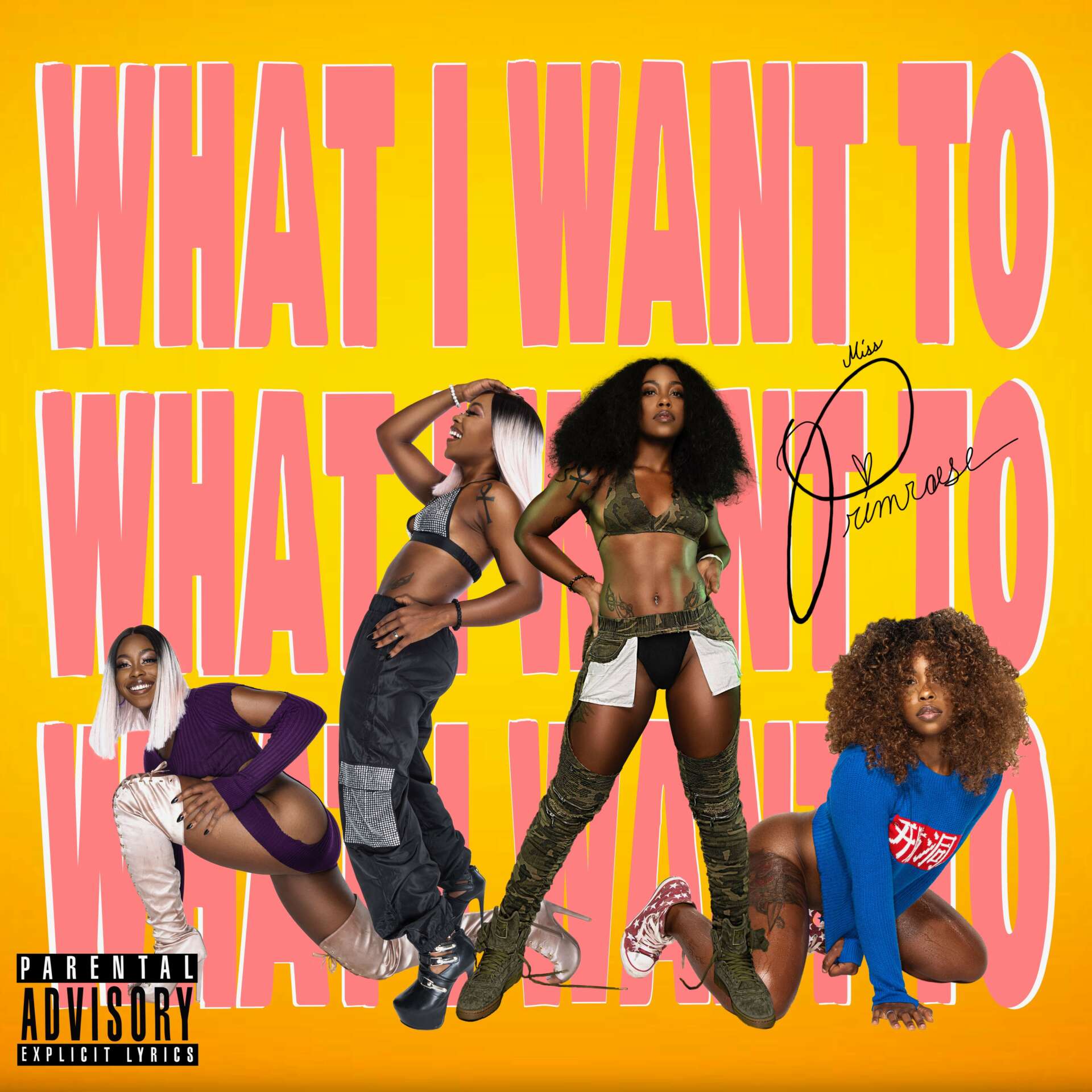 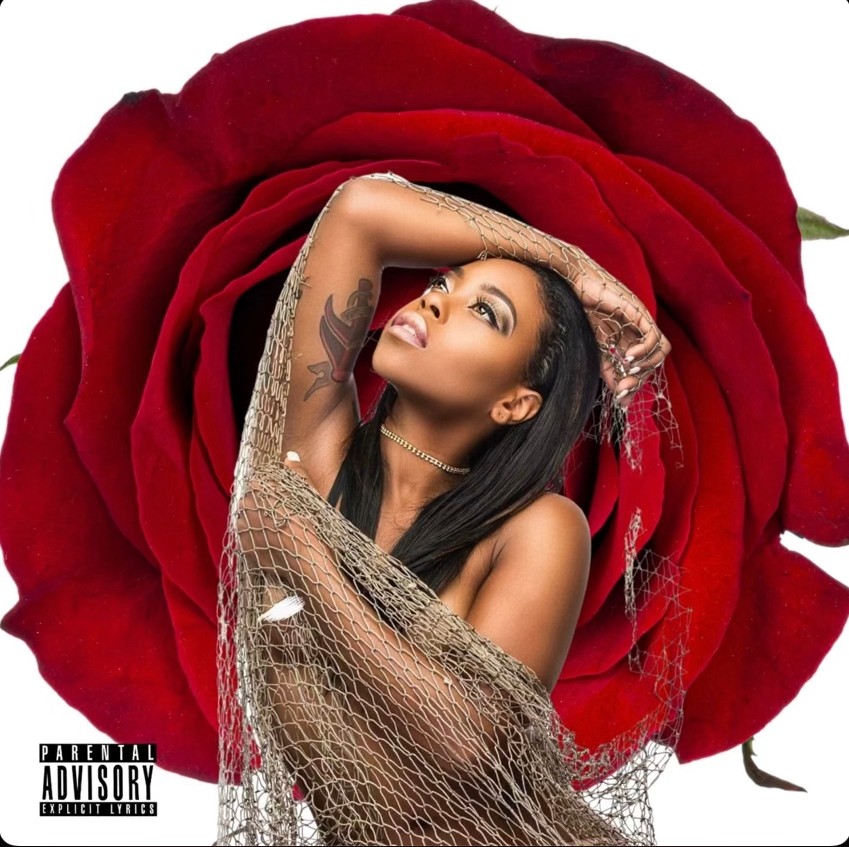 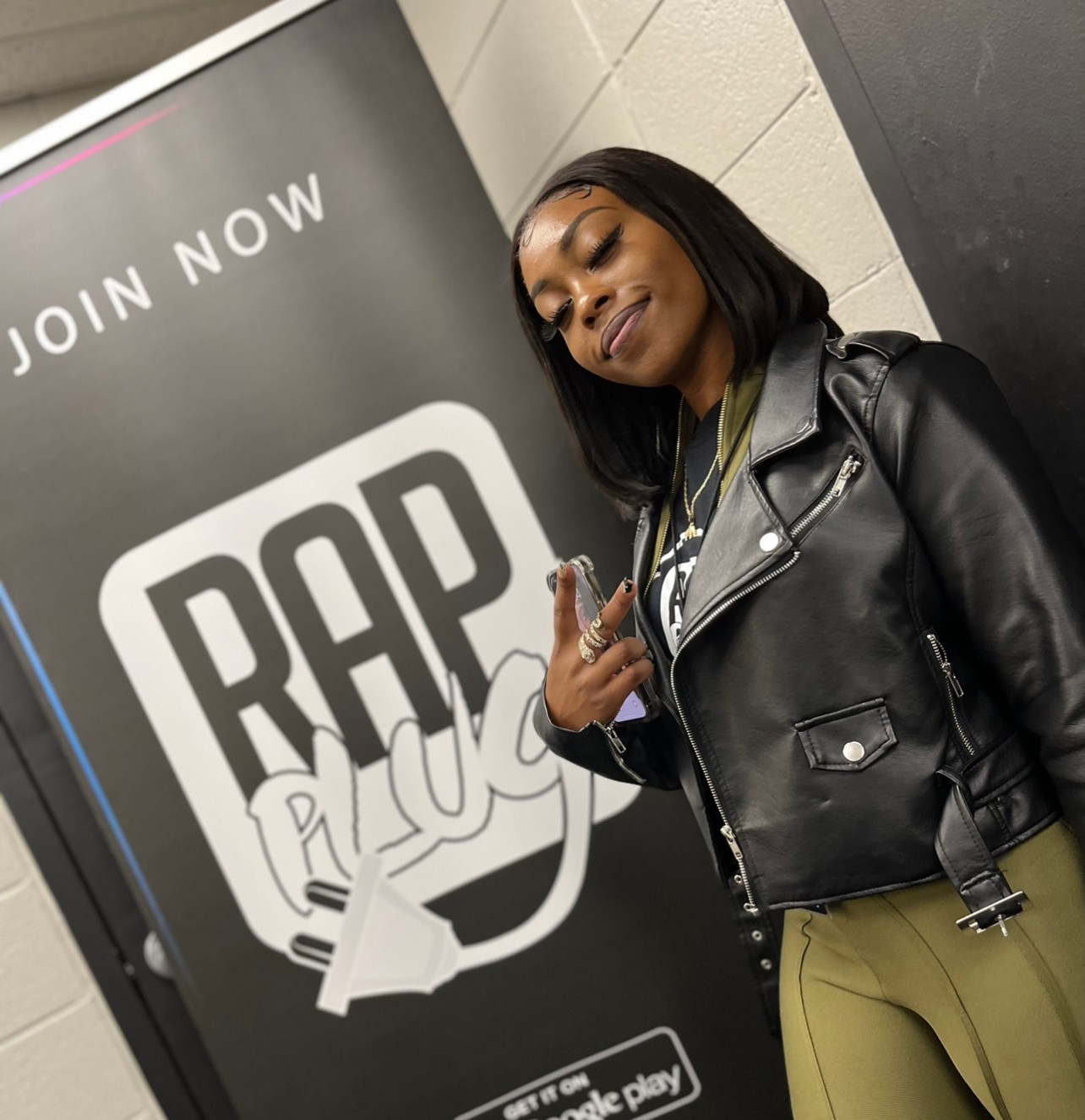 Miss, love having you share your insights with us. Before we ask you more questions, maybe you can take a moment to introduce yourself to our readers who might have missed our earlier conversations?

Of Course, I am Primrose D Campbell also known as Miss Primrose. I am a Hip Hop/Pop and RnB artist out of Atlanta, GA. I was influenced by my strict upbringing, and broke away from the expectations of society and decided to live my best life and encourage others to do the same. Born in Newark, New Jersey and raised in a Jamaican household, Miss Primrose attributes her creativity and style of artistry to Icons such as Bob Marley, Lauryn Hill, Erykah Badu, Beyoncé, Nao, and more. Miss Primrose has been performing since the age of 13 and began her musical journey in November of 2020. Since her debut, Miss Primrose has released three singles, performed in venues all over metro Atlanta, toured in the Southeast region and LA, and has been awarded the honorary award of musical excellence presented at the Foreman Empire Film Festival International along with four other awards. She also received the R&B artist of the year award at the 2021 Annual Black Only Awards. Miss Primrose is also the curator of the Indie fresh concerts, a platform geared towards opportunities for independent artists to be seen and heard by DJ’s who can break their music and industry elites. Miss Primrose lives her life by a quote first heard by her idol, Dr. Frances Cress Welsing, “Your service to others in the rent you pay for your room here on earth.” Serve well.

I am most proud of an idea that I’ve pursued to help independent artists just like me, here in Atlanta. The Indie fresh concerts were born from an idea that a friend and I had during the pandemic. We weren’t able to go to shows freely and perform with everything being on lockdown at the time so we decided to throw a virtual concert. Where fans from all over could watch their favorite indie artist perform from the comfort of their home. We put on the first show within five days, which was the quickest turn around I’d ever done for an event, lol but we had a full line up and people were tuning in from everywhere. This was when my team and I realized that we may be onto something, so we went on to throw indie fresh two a few months later and it was another milestone success. Indie Fresh three was our biggest success to date, we even had Ceelo Green make a guest appearance. Now we are approaching Indie fresh four after some time of planning and growing, we are getting ready to bring our best show yet and I am super thrilled to bring this show after the new connections I’ve made along the way.

Whew, there are so many lessons that I’ve faced but here’s a big one. So I grew up as a PK (Pastor’s Kid) and there were many rules to follow in the church and anywhere that I went. I was the expected leader among my friends because my parents were the leaders of the congregation so there was a very thin line that I had to walk. No boyfriends, don’t follow the crowd (which wasn’t entirely horrible), always pay attention in church, don’t talk too much, get good grades, don’t talk back, the list goes on. I used to sing in church at competitions, rally’s, and Sunday service. I enjoyed it so much that I told my mom that I wanted to be a singer when I grew up. I was met with opposition and she told me I needed to do something more realistic. I felt placed in a box and at a very young age I knew I didn’t like that. I was a bit rebellious but I still ultimately followed the rules that were instilled in me. As my life continued into my adulthood, I kept experiencing what felt like the same lessons over and over again. In hindsight, I always knew I could change the rhythm of my life but I was afraid of disappointing my parents or being labeled a disgrace so I did what was expected of me. I went to school at Georgia State University and graduated with my bachelors in psychology with a career path to be a therapist because that seemed to be the most realistic thing I could be comfortable doing. A few months before beginning my musical career, I started going to therapy. This was the pivotal point in my life where I realized that I’d been viewing life all wrong. For years I thought life was happening to me and everything was already written and I couldn’t escape what I thought my life HAD to be. We started going really deep into my past and I was challenged to ask myself the big three questions. Who am I, what do I want, and what is my purpose?

After pondering on those questions for myself, my mindset started to shift. I began viewing life differently. I realized that life wasn’t happening to me, it was happening for me. I’d been walking my journey for a long time with blinders on and through therapy I began to unlearn that conditioning. I decided that I didn’t want to care about what people thought about me, or what they think I should be doing. This started my new life, my best life and the sound to my new life beat. I had learned a few things from this. One is that no matter what you were taught as a child, you can unlearn and start something new, two is that people don’t always know what’s best for you, so trust yourself and finally learn not to care what other people think. Most of the time they’re just worried about their shortcomings anyway! 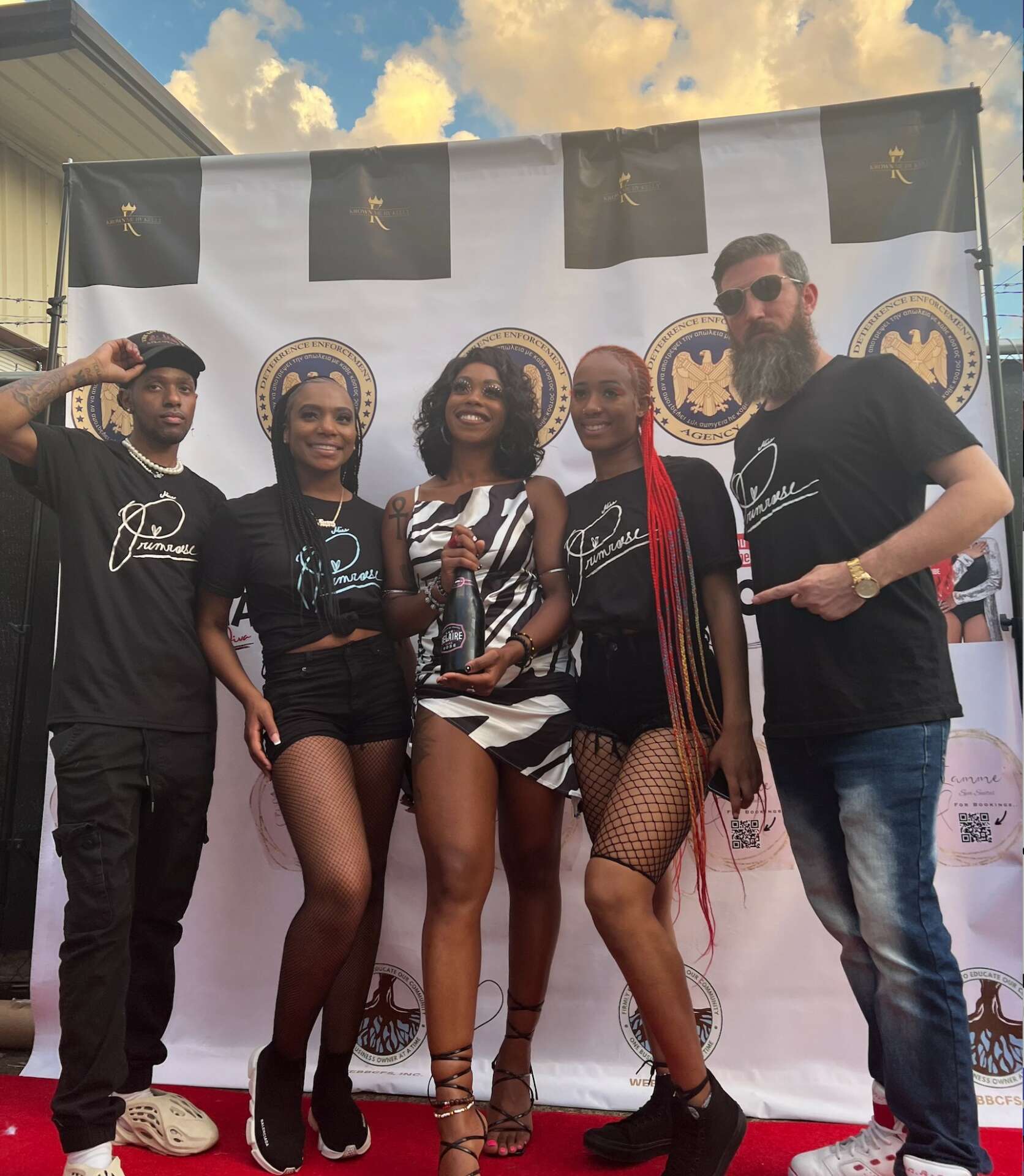 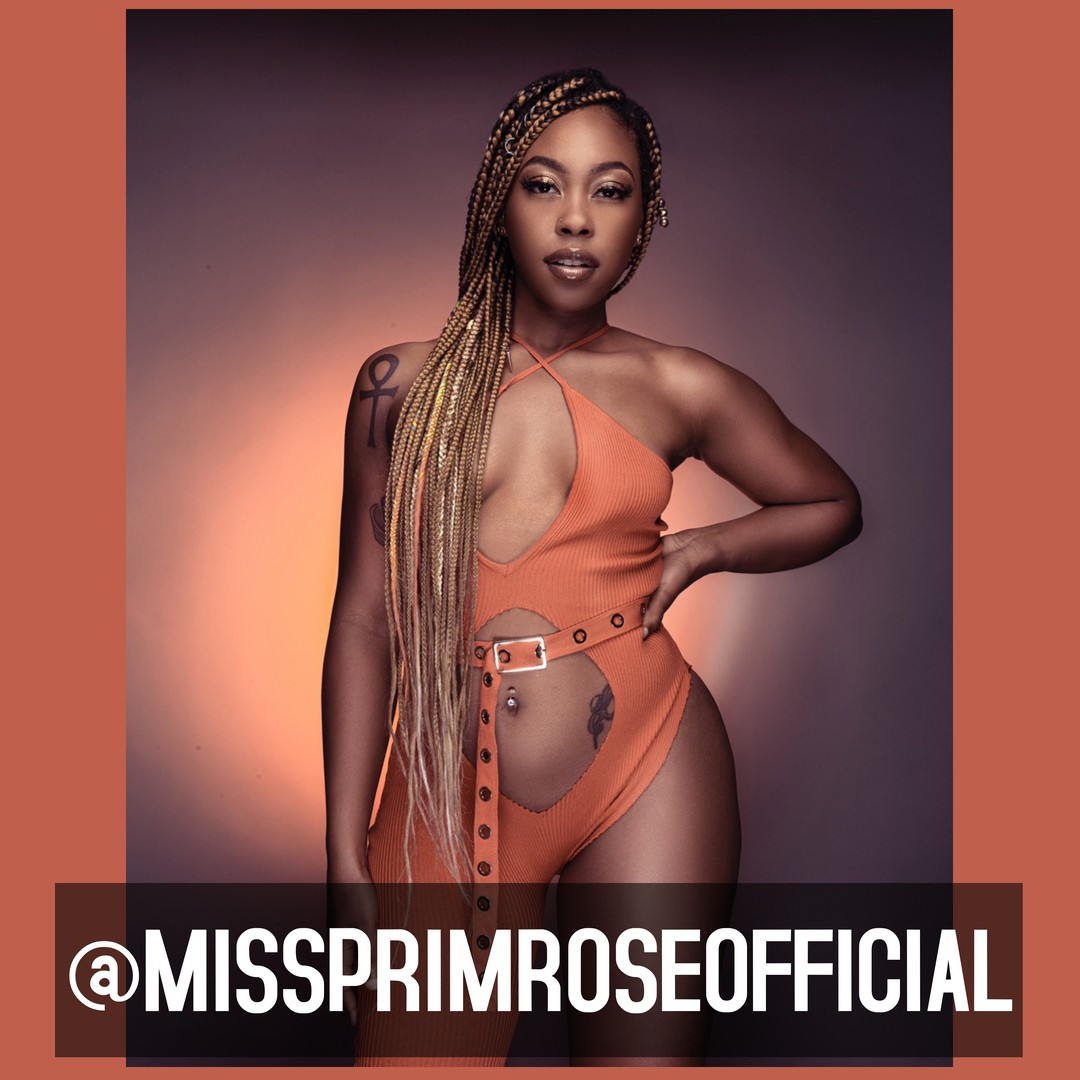 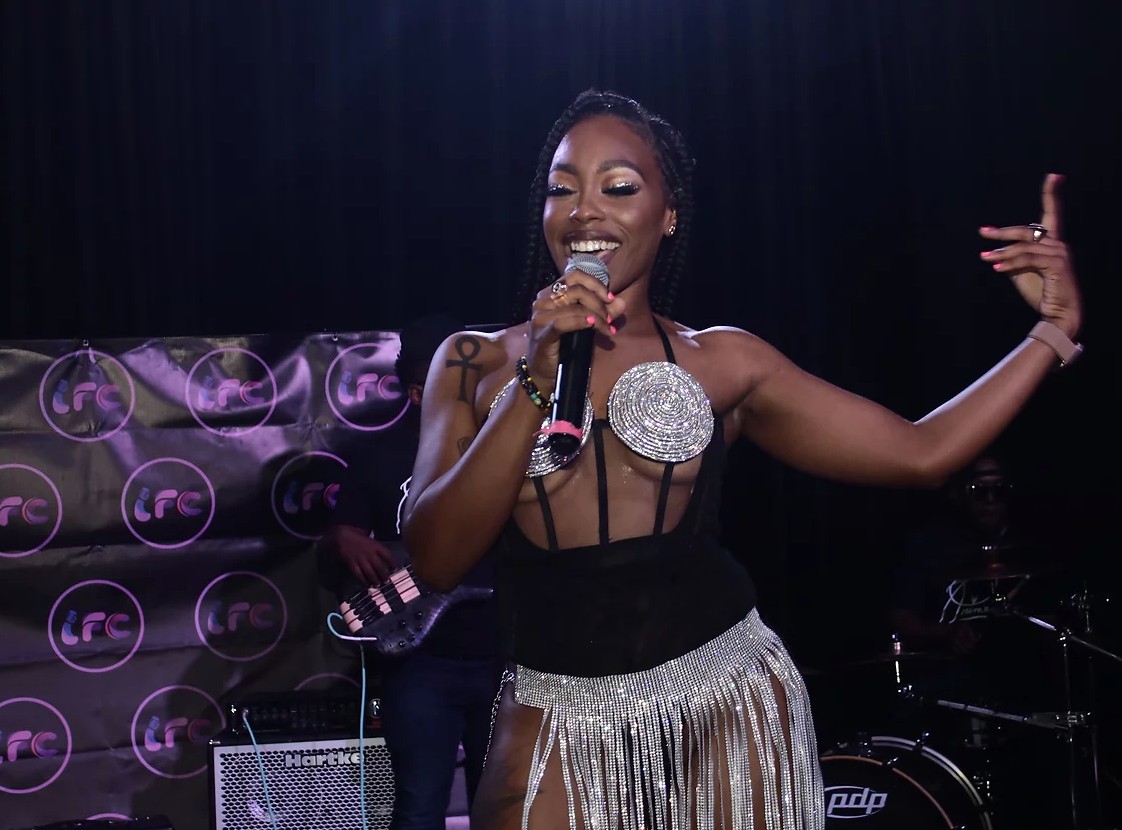 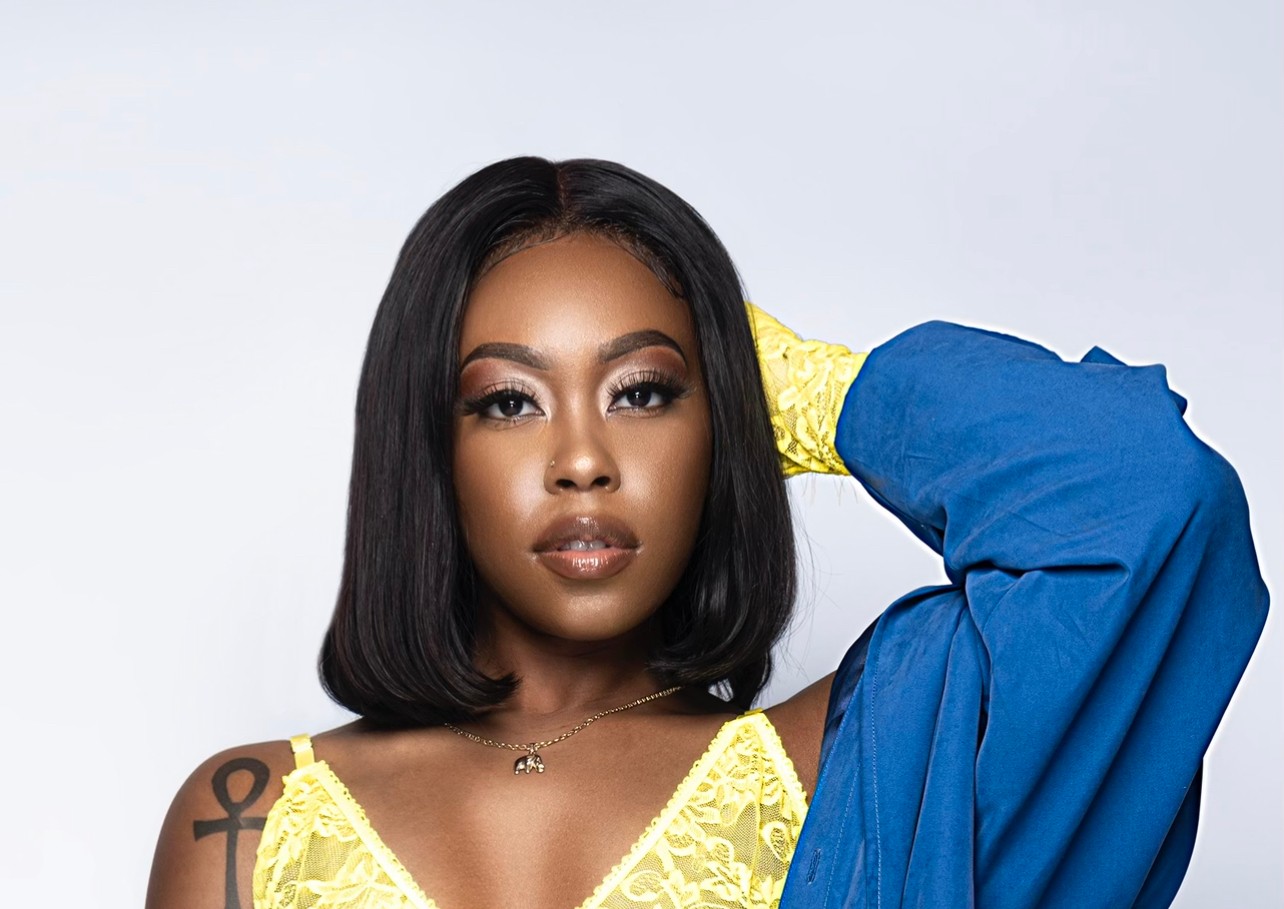 Being Free. Finally living for myself and being able to express my thoughts, feelings, and experiences through the art that is music. It’s fun finding ways to say new things through music. Sometimes it’s a diss, sometimes it’s all love, both times it’s an experience. Hell, sometimes if I’m writing for someone else it may not be about something I experienced at all. It’s just the creativity that I get to participate in and conjure up that feels fresh for me.

Another rewarding part about being creative is the souls that my art inspires. When I write for myself I’m not always sure who I’m talking to on the other end. But when I meet someone who tells me that they feel my message or it has helped them out of a tough place, well then I feel like I’ve accomplished a lil more of my purpose.