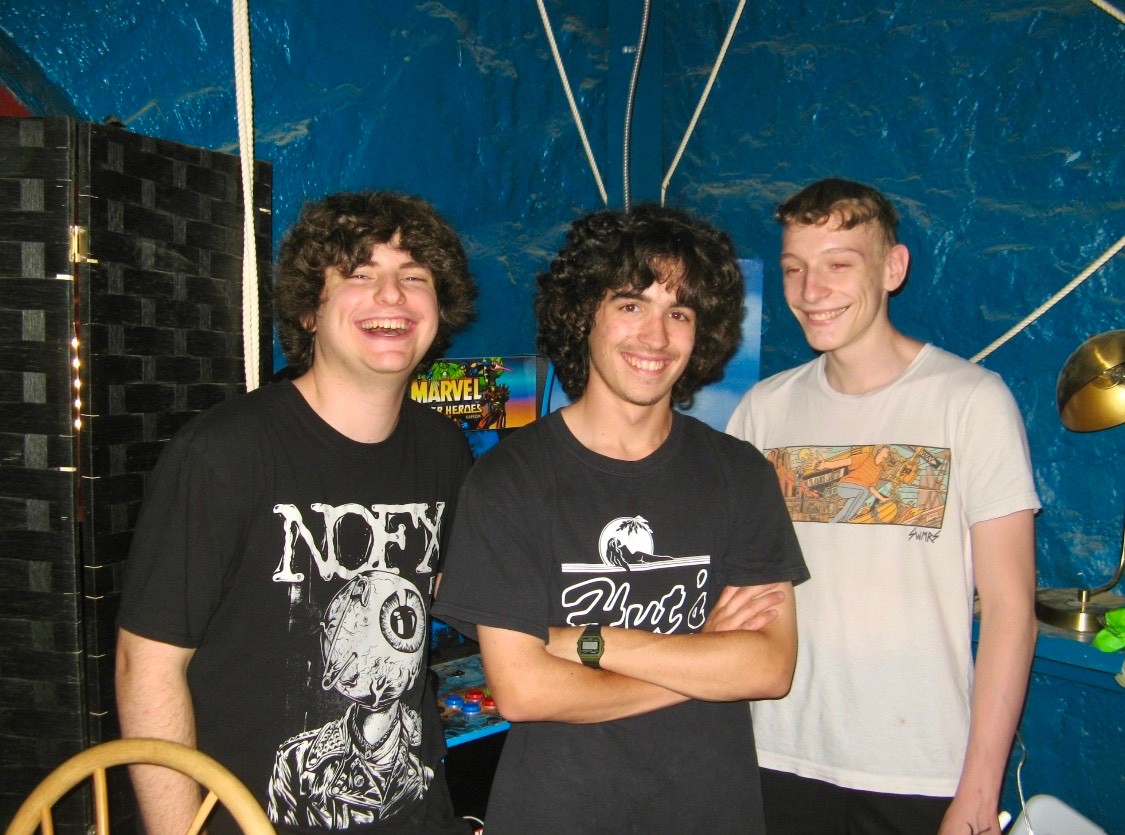 We were lucky to catch up with Live Another Day recently and have shared our conversation below.

Alright, Live Another Day thanks for taking the time to share your stories and insights with us today. Can you talk to us about a project that’s meant a lot to you?

We have released 13 songs to date, we have two more in the recording process and there are many other songs that are in the beginning stages of becoming final masterpieces. It is very difficult to pick only one favorite, as these songs mean the world to us. Last summer, we released our newest song called, “I Find You”, which has been a fan favorite since the first day it was available. “I Find You” is about two teenagers trying to find their place within the relationship and going on their first date. It took about three months to write the final version. Each time we worked on the song, we added a new part that shaped the song with a different feel and texture from our other songs. It was recorded in our friend’s home studio over three days, however we spent about two months mixing it to make it sound like the way we had envisioned it in our mind’s eye. After we thought it was completed, we sent it to be professionally mastered by Enormous Door Mastering, who has worked on projects from Bad Religion and Austin’s own The Riverboat Gamblers. This was our first song that was professionally mastered. All of our other songs were mastered by us, or not even mastered at all. Mastering is important for a song to be balanced in a stereo mix and helps with playback optimization across all music playing devices. Since “I Find You” has been released, we have had the most playlist placements and streaming numbers that we’ve previously had in the four years we’ve been releasing music. 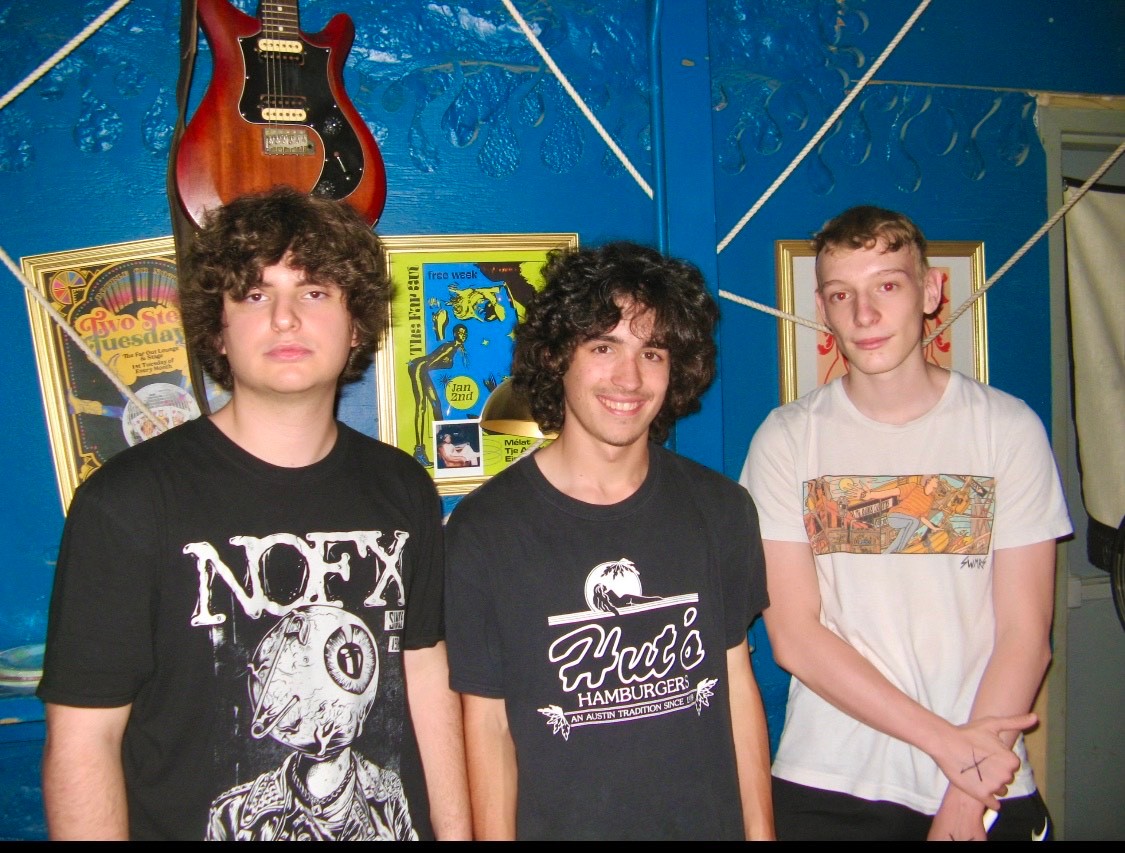 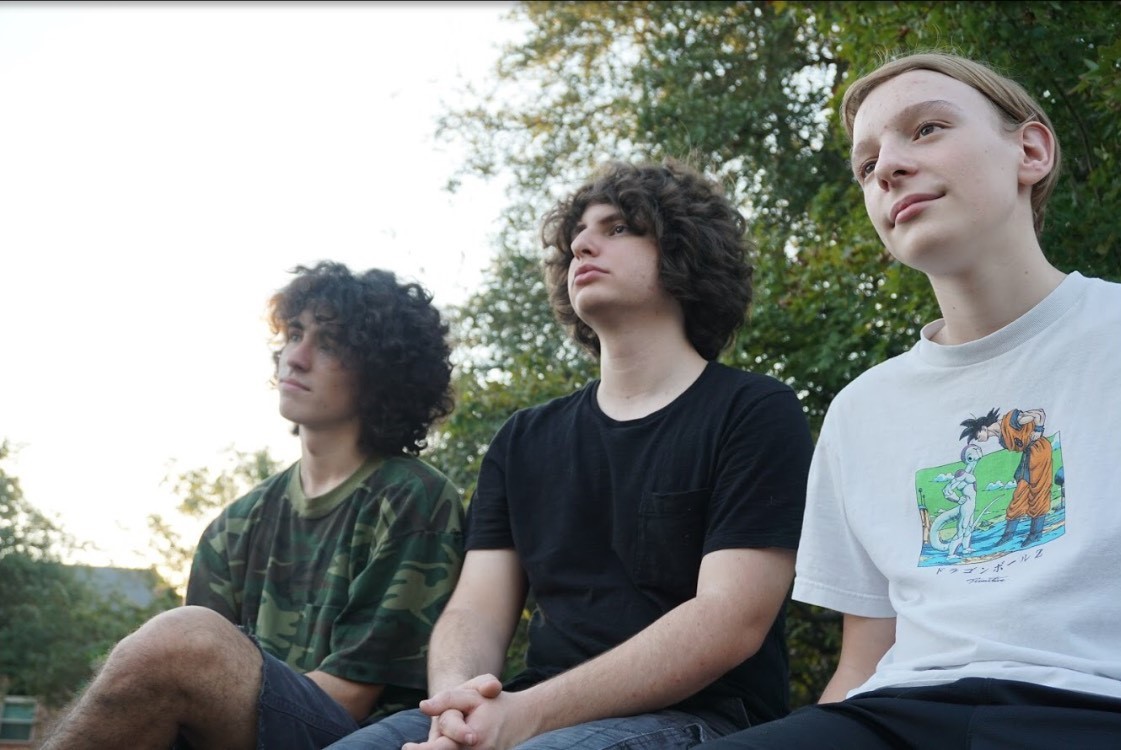 We are a DIY pop punk band from Austin, Texas. Our members are lead singer and bassist Logan Greenberg, drummer Timeo Hennion, and guitarist Jack Henry. We have been playing music for almost our entire lives. Logan and Tim met as percussionists in their middle school band. Logan and Jack met at the Austin School of Rock in 2019. We formed in 2018, and have played over 20 shows since. We have one 12 song LP called, “Purple Is Underrated” (2020), and a single called “I Find You” (2021). “Purple Is Underrated” can best be described as a mix of pop punk with hints of ska punk woven within. The record is full of teenage angst and personal issues including poor sleeping habits, being a loner, physical pain, and trying to find love. 2022 has been the most active year for us since we formed. We are on track to play over 10 shows this year alone. We have played a few of the most iconic venues in Austin including Come and Take It Live, The Far Out Lounge, and even the iconic punk rock coffee shop, Kickbutt Coffee. We even embarked on a trip to San Angelo for a show on our friends, User Unauthorized, first West Coast Tour.

The best way to support musicians in today’s world is to buy physical products. This can include buying CDs, Vinyl, T shirts, Stickers, Pins/Badges/Patches, any items that the artist is selling will support the artist more than streaming their music. Each streaming service is different but many services won’t count one stream until the listener listens to at least 30 seconds of the song. On top of that, one stream is thousandths of a Penny paid to the artist and even that amount differs between the streaming services. In our experience, we get more money from iTunes purchases and from selling physical products. We have also found that building a significant following on social media is very difficult. Even though anyone can be searched and viewed, the hardest thing is to make someone click the “follow” button, so go and click it for us. 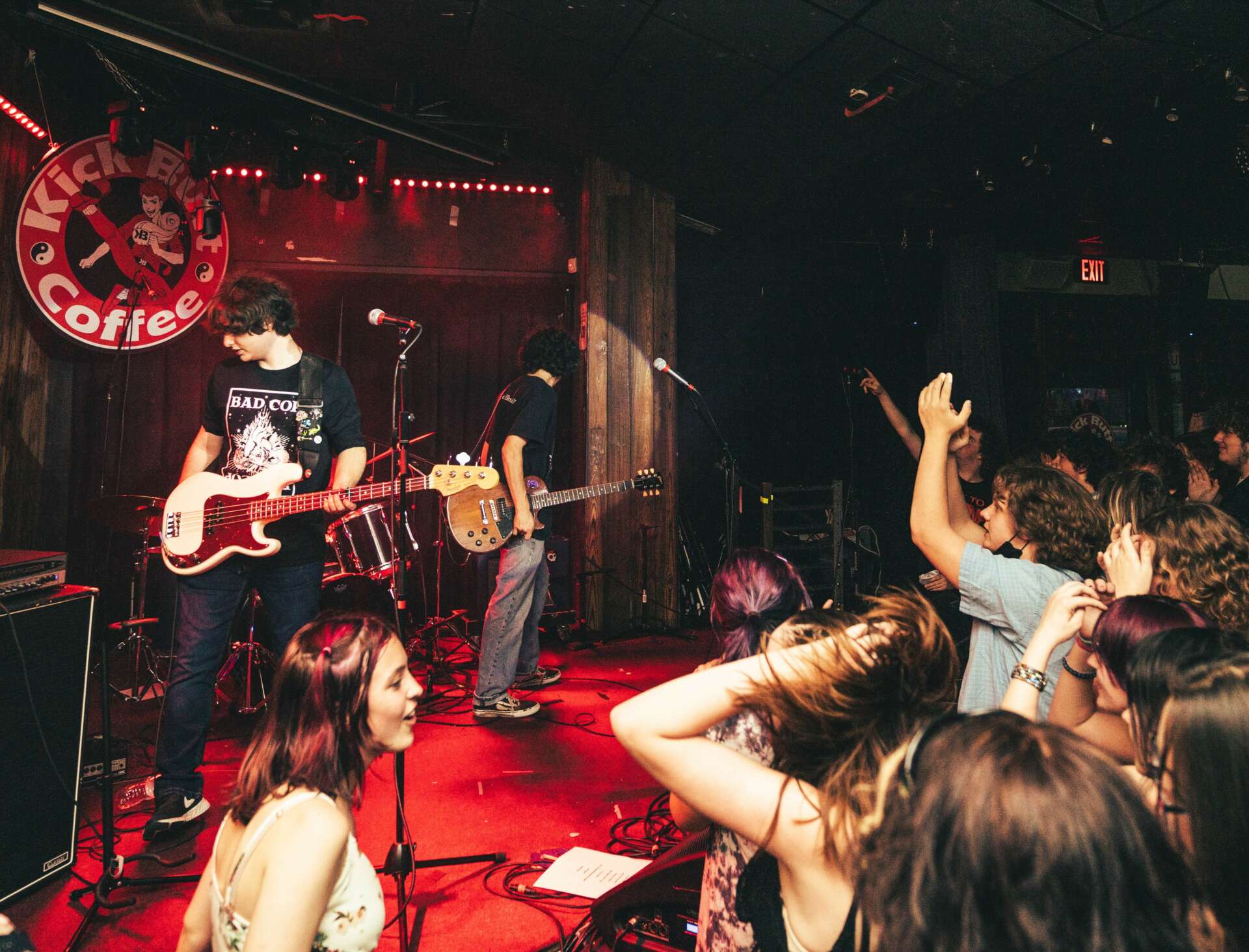 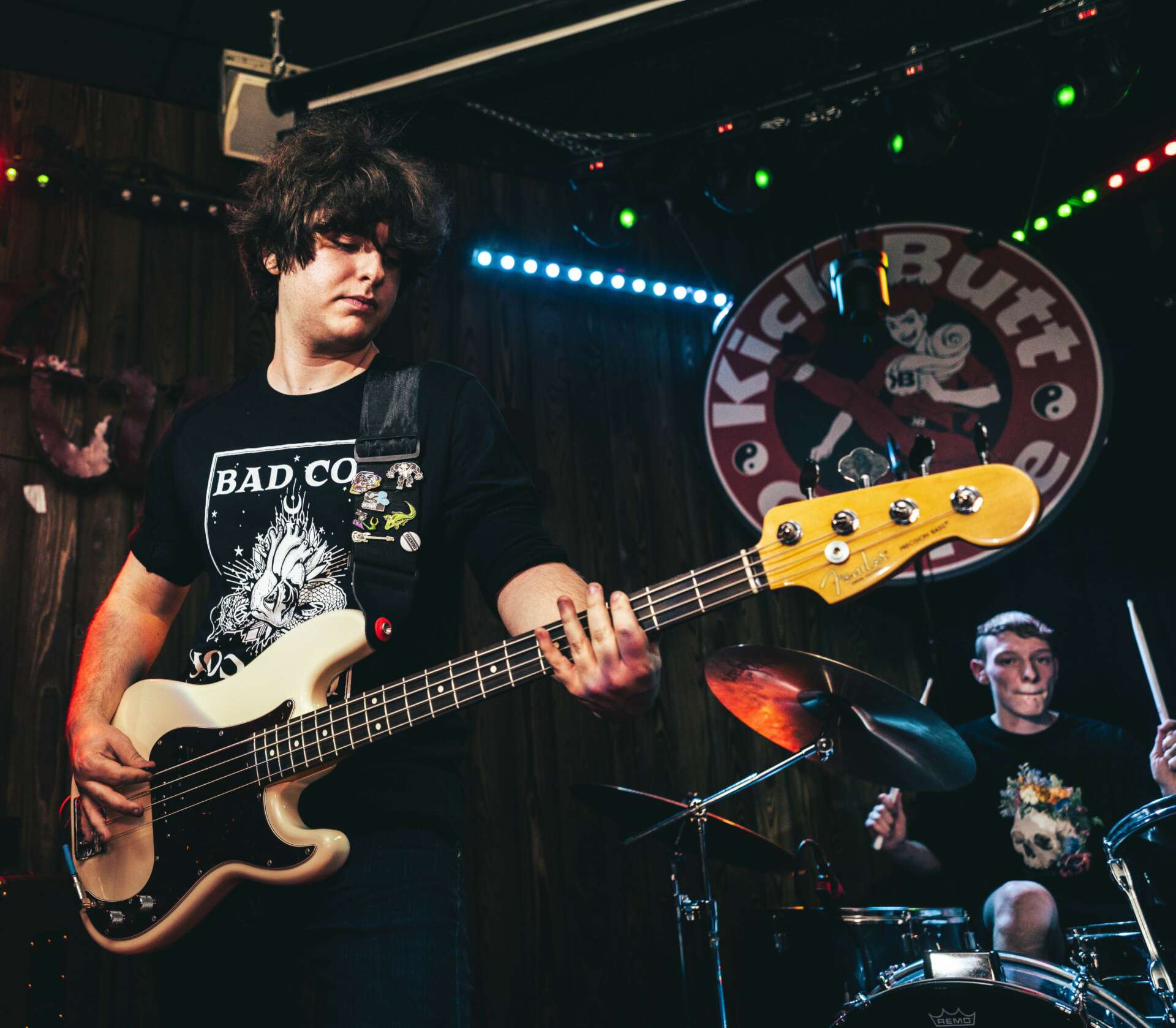 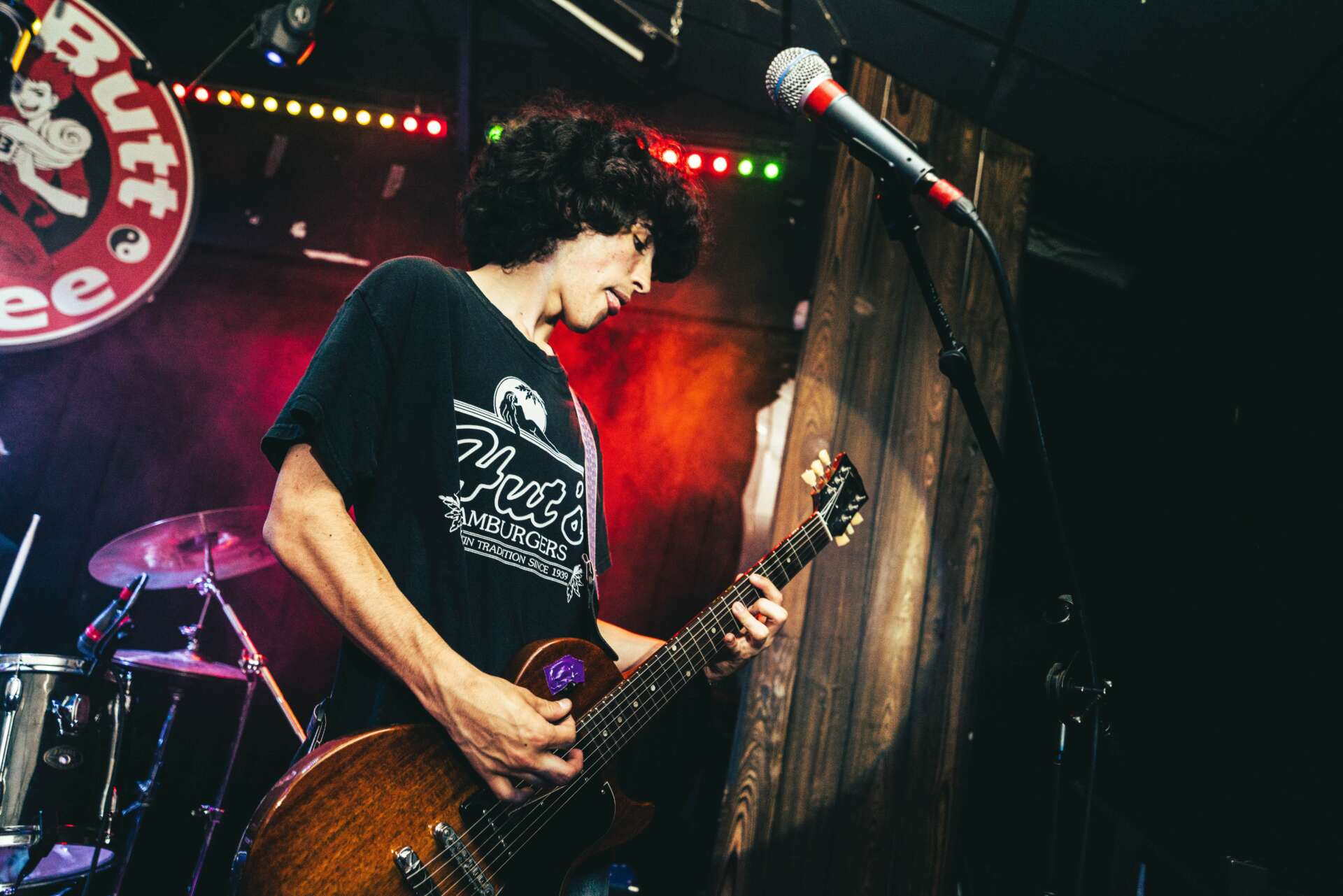 As a do-it-yourself band, we treat our band as a business. We have to do all business operations by ourselves. This includes writing, recording, releasing songs, gathering copyrights for songs, creating new merch ideas/designs, shipping merch items, booking shows, managing a presence across all social media platforms, and making sure we have enough money to do it all again. It is a lot of work but it definitely pays off when we see people singing along and dancing at our shows.

Image Credits
The 3 Kickbutt Coffee show pictures were taken by Ben White (socials @bensiive) and the two pictures with the blue background were taken by Mars Drummond. The last one was taken by us!