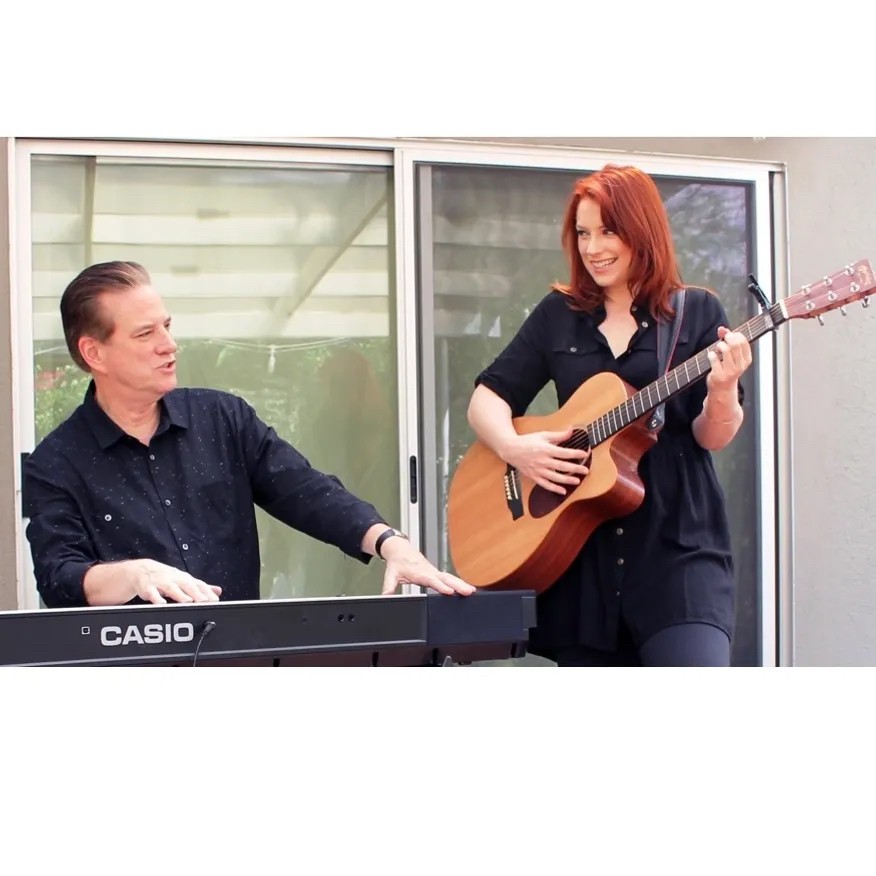 We recently connected with Larry Butler and have shared our conversation below.

Larry, thanks for taking the time to share your stories with us today We’d love to hear the backstory behind a risk you’ve taken – whether big or small, walk us through what it was like and how it ultimately turned out.

It was 1976. I had played in bar bands in Ohio for the previous ten years and had done everything in the live show business there that one could – writing and recording songs, singing and playing guitar and keyboards in bands, band managing and booking those bands, co-owning a night club, promoting other concerts, etc. It was time to take the first big risk of my life.

So I packed up all that learning experience and drove cross-country to what was then the music capital of the known world – Los Angeles. My brother was living there and I could sleep on his couch. I looked up some old bandmates of mine who had signed on with Craig Fuller to be Pure Prairie League and they were riding high on “Amie”. I did a two-week tour with them that summer as back-up musician and singer.

Post-tour they introduced me to their manager at a party back in LA. I gave him my elevator speech as to my credentials, which led him to ask me, “Have you ever been a tour manager?” I took the next two seconds to admit to myself that I had never actually had the title of tour manager, but I had essentially tour managed my own bands around the Midwest for years, so I confidently replied, “Yes, of course!”

The risky part was, if questioned, I couldn’t back that up in definitive terms. So instead I quickly threw the conversation back into his lap by asking, “What did you have in mind?” He then told me that he was managing a new band that he had gotten signed to Warner Bros. Records and the label wanted them to tour right away but they had no tour manager nor had they ever really been on tour. “Piece of cake!” I said, keeping the questioning going. “When can I meet them?” The beauty of the situation was that since the band had never been on tour before, they didn’t know what to expect from a tour manager, so I spent that summer learning how to be one on Warner Bros.’ dime.

After that tour was over, I spent the next few years as the Warner Bros. in-house tour manager for all sorts of bands and artists, including Randy Newman and Ry Cooder. Eventually I was hired full time in the Artist Relations Dept. and spent the next twenty years touring with the entire WBR roster. And it was all from that one risk-taking moment.

You will have those moments in your life and career as well, but the key to being able to take advantage of them is to be ready So, get the experience, be prepared, and act with confidence. 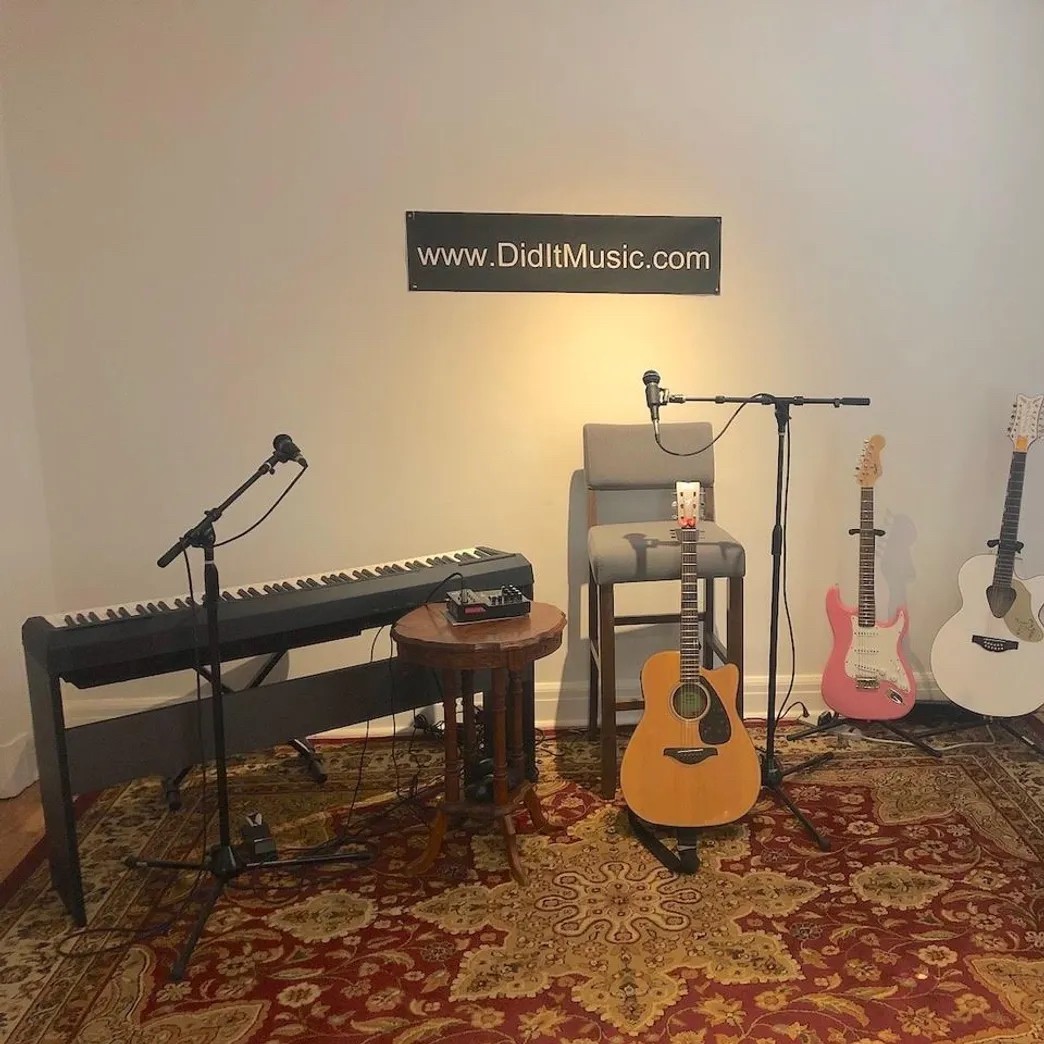 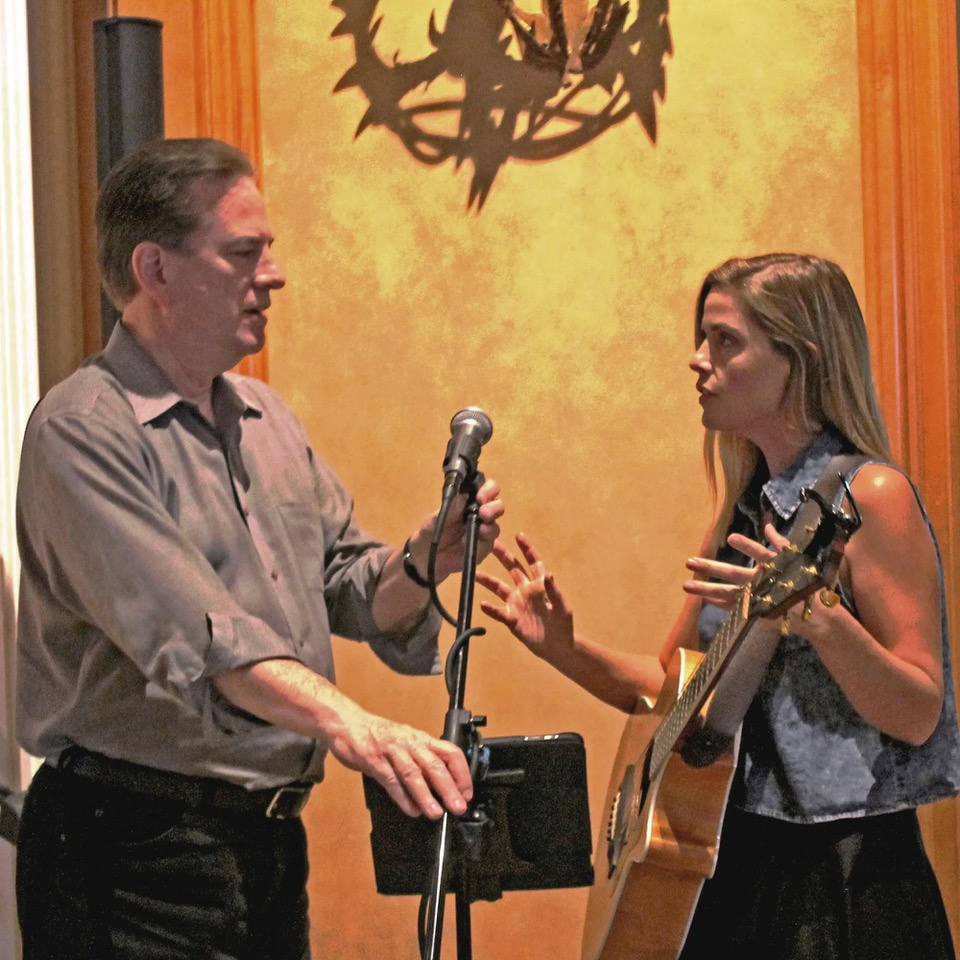 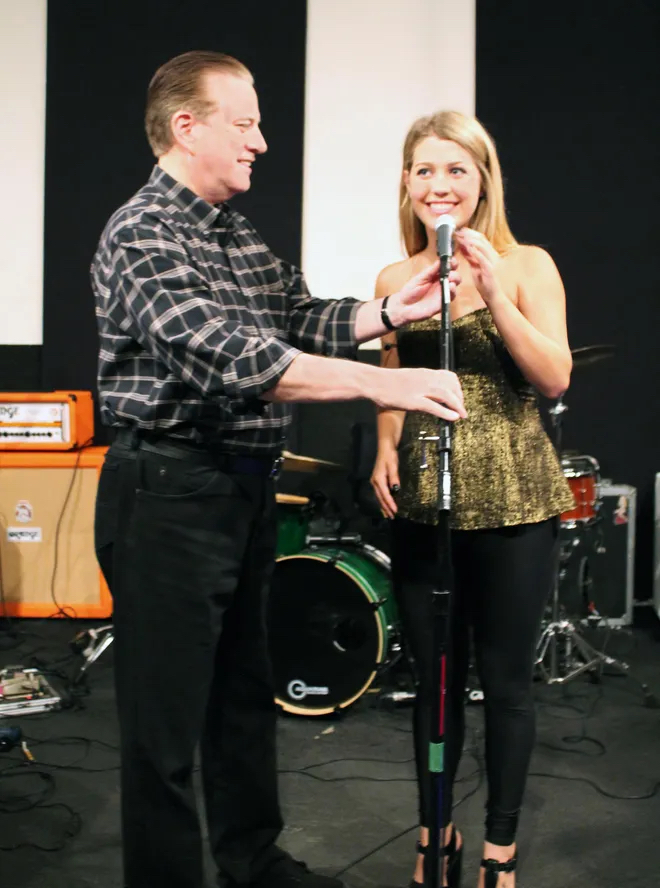 I’ve spent my entire adult life (if you can call it that) in the live music performance arena. I started out singing and playing keyboards and guitar in a high school band – strictly self-taught. I brought an element of entertainment to our shows, trying to avoid the “live jukebox” presentation that was (and still is) so prevalent to artists and bands just starting out. I wanted to add humor and visuals to our show to set us apart from all the others. We would change outfits between sets so that what we were wearing would befit the music of the set: surf music, hillbilly rock, British invasion, hippie psychedelia, etc. We would change instruments, sometimes during a song. And we were professional – we showed up and played on time.

I worked my way through college and beyond playing in bar bands, but the opportunities to make it big in Ohio never really panned out and so I moved to Los Angeles to try and break into the music business. As detailed elsewhere in this article, I switched to tour managing and started working for Warner Bros. Records. In addition to helping young new bands do promotions on tour, I would try to give them advice and tips as to how to be more professional and more entertaining, kind of like what Motown was doing for their artists. And I did that for 20 years.

When record sales went down drastically in the early 2000s, Warners shut down the Artist Relations Dept. and I moved to being the General Manager for an artist management company whose main client was Jason Mraz. If there’s any artist out there who embodies everything that I extol to my clients, it’s Jason. I had the pleasure of handling his publishing catalog during my stay there.

Next I decided to manage solo singer/songwriters as there were many talented ones in the LA area at the time who had great songs and could sing and play them well, but they needed that element of entertainment added to their show to get audiences to keep coming back. Two things became evident to me doing this: it’s very difficult to make money managing artists who are just starting out and that the live music scene was over in LA and had moved to Nashville. And then so did I.

Arriving in Nashville in 2018, I decided to write a book of tips and advice to solo singer-songwriters, based on my forty years of being a part of over 5,000 shows, both on stage and off. I had accumulated a large folder of notes that I had given artists and bands as to their performances going back decades. But instead of selling the book, I began using it as a calling card to entice unproven singer-songwriters as to my services in my newfound career as a Live Performance and Staging Coach, with more experience than anyone else in the field.

Of course, there are all sorts of third-party ancillary instructors to help those who want to become a singer/songwriter, i.e., piano and guitar teachers, vocal coaches, dance instructors, stylists and wardrobe people, but very, very few who have the experience and know-how to do live performance.

My book, “The New Singer/Songwriter Rule Book: 101 Ways To Help You Improve Your Chances Of Success,” doesn’t stress the normal stuff, i.e., where to stand and how to move. It’s more about the artists’ goals, challenges, solutions, mindset, personality, relationships, and navigating the whole business surrounding pursuing this career choice.

To that end, I have identified my inner purpose as helping others succeed. My current outer purpose that aligns with that inner purpose is to do so with live music performance coaching, which is, frankly, the only thing I know how to do well that would be of help to others in their endeavor to succeed.

Side note from Tolle as to success: “You cannot become successful – you can only BE successful, in the moment, in the Now. And that is a sense of quality in what you do.” 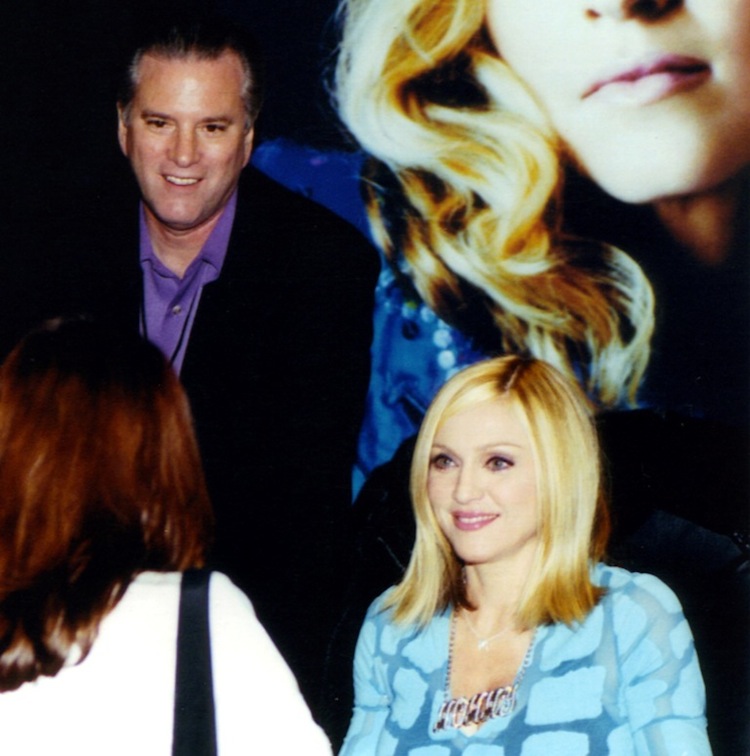 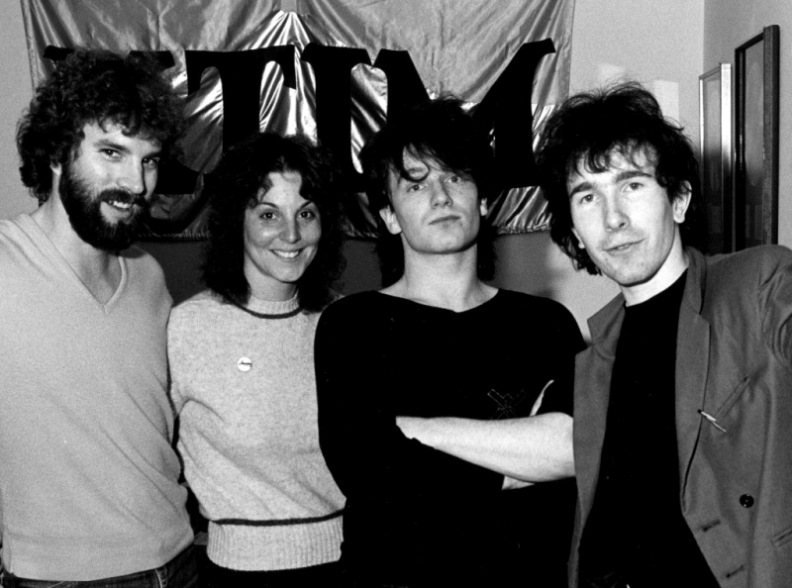 After I had been performing in bar bands for ten years, I went to see the band Yes. As I was hearing and seeing this amazing group of musicians and vocalist perform, I was suddenly struck with the fact that no matter how much better I might get at performing, I would never be as good as Rick Wakeman on keyboards, or as good a vocalist as Jon Anderson, or in a band as great as Yes.

On my way home after the show, I started thinking that I had to get off the stage and find some other position in the live performance business. I didn’t know what that other position would be, but I decided that I needed to move to Los Angeles to find it.

It was difficult for two main reasons: 1) I had to admit that all those years of learning how to entertain an audience were sunk costs, and 2) that it was a big risk to change careers to one I knew nothing about and to leave the safety and comfort of my life in Ohio.

Little did I know that it was the best thing I could have done. If I had stayed on that band path, I’d probably be playing Holiday Inns soon. And how could I have imagined that those ten years of learning how to entertain an audience would allow me to become VP Artist Relations for the world’s largest and most successful record label at the time? Or that it would make my transition into a Live Performance Coach all that much easier?