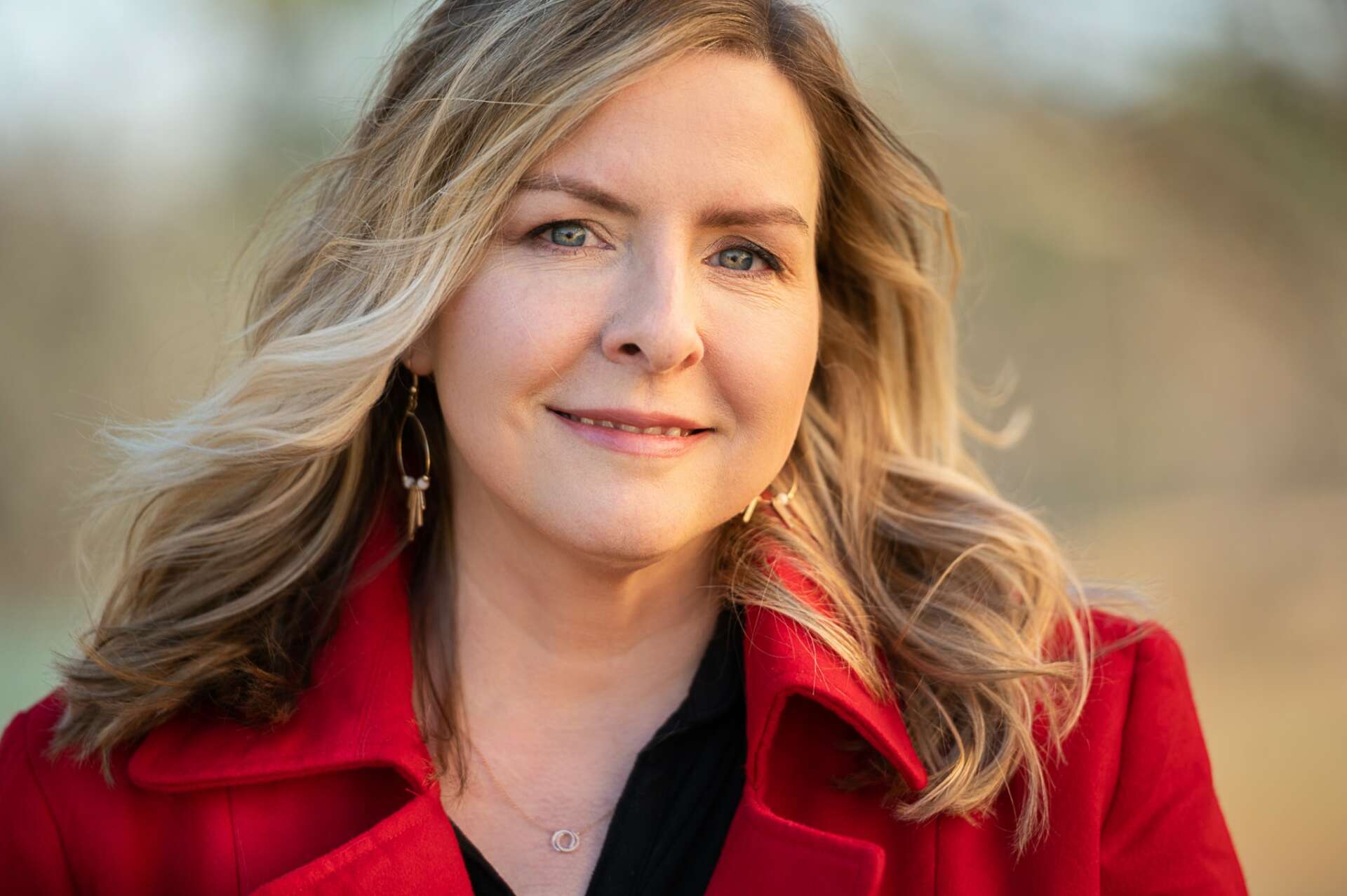 We’re excited to introduce you to the always interesting and insightful Kim Conrey. We hope you’ll enjoy our conversation with Kim below.

Hi Kim, thanks for joining us today. Let’s kick things off with your mission – what is it and what’s the story behind why it’s your mission?

When I found my teenage daughter on the bathroom floor shaking, dry heaving, and telling me that if the images she sees in her head are true then she doesn’t deserve to live, I knew she’d inherited the beast known as Harm OCD.

While an estimated 1 in 40 adults and 1 in 100 children suffer from OCD, it would be difficult to decipher how many also struggle with the intrusive thoughts of Harm OCD that include frightening, recurring, unbidden, images of hurting oneself or others. The fear and stigma of disclosing such notions keeps sufferers from getting help. After all, no one wants to admit to thoughts of stabbing, shooting, or sexually assaulting someone they love. These are not violent people. In fact, studies have shown that people with this form of OCD might even be less prone to violence than the average person, and it’s the sufferer’s sense of compassion and empathy attempting to control every negative thought–which, sadly, makes things worse.

Upon hearing that one of my daughter’s childhood friends had taken their own life, I couldn’t help but wonder if they had had this form of OCD and thought they were doing the world a favor by taking themselves out of it. What if they’d had it and no one knew to tell them it was a treatable, diagnosable, form of OCD? I knew I had to do more than throw a lifeline to those in my own household; that’s when I started the blog harmocdkimconrey.com and wrote the memoir along with my daughter “You’re Not a Murderer: You Just Have OCD,” which is under consideration with a publisher.

Far from being the clichéd, misused term that people mistakenly apply to describe someone who likes to keep things tidy, OCD can take hours, days, and years of someone’s life and sanity. How many people are struggling, deeply depressed, suicidal, and even homeless (even with decent insurance the struggle to find appropriate help is difficult) because they do not understand what is happening to them and no one has told them about this form of OCD?

It’s my mission to tell them. 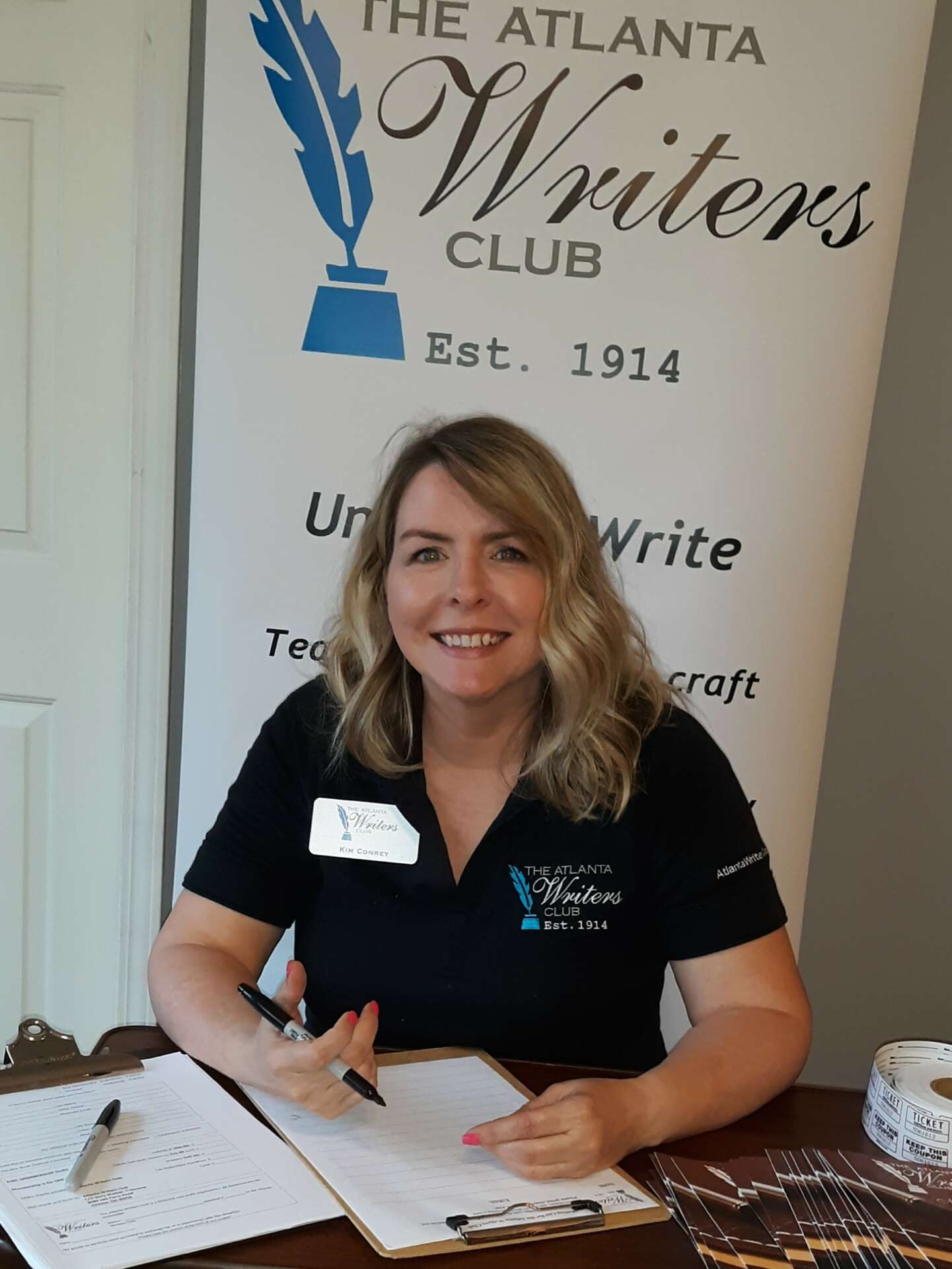 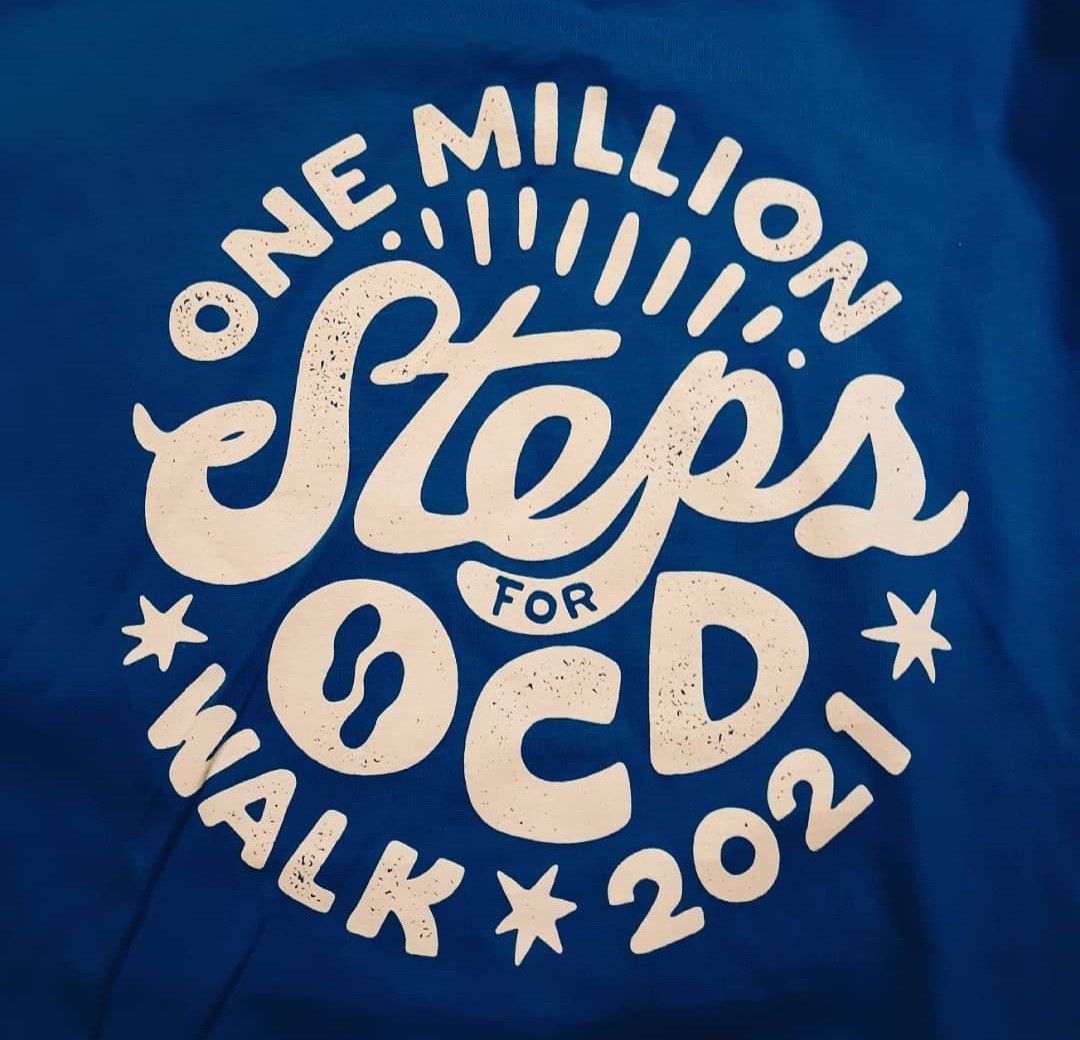 Kim, love having you share your insights with us. Before we ask you more questions, maybe you can take a moment to introduce yourself to our readers who might have missed our earlier conversations?

When I’m not advocating to spread awareness for OCD, I’m VP of Operations for the Atlanta Writers Club and part of The Wild Women Who Write Take Flight Podcast, and author of Stealing Ares, a sci-fi romance novel to be released in September 2022 by Black Rose Writing.

The Atlanta Writers Club provides services to our members on the craft and business of writing from the beginning writer to the advanced. We sponsor a writer’s conference twice a year and a self-publishing conference once a year. What I’m truly proud of at the AWC is that we are as welcoming to the writer at the very start of their journey as we are to the advanced writer who has published several books. We’re here to help.

The Wild Women Who Write Take Flight Podcast is the brainchild of my long-time critique group partner and friend Kathy Nichols. Her vision was a place where women writers could share, encourage, support, and promote each other’s work and goals. We do interviews and panel discussions with authors and industry experts to offer resources and opportunities to authors and listeners alike.

Stealing Ares, my sci-fi romance, is a wonderful escape from the heaviness of writing about OCD. It’s set 500 years in our future when Mars has been colonized, but the caldera under Yellowstone National Park explodes and ash circles the Earth, causing devastation to the economy, making it difficult to supply the colonists. Meanwhile, the grieving, widowed prince of the UK, Jack Windsor, flees to the colony to escape his grief and plunges into the challenge of getting the dormant HMS Ares back online. The Robin Hood of the colonies, Harlow Hanson, sneaks onboard to plunder the ship, but when the ship springs to life and starts speaking to the beautiful thief, Jack realizes the woman stealing from him is the key he’s been searching for.

Steven Pressfield’s “The War of Art: Winning the Inner Creative Battle,” is the best book on writing, and really any creative endeavor–starting a business, by the way, is absolutely a creative endeavor–I’ve ever read. It’s a call to action. There are hundreds of lies we tell ourselves about the creative act, whether we are writers, painters, sculptors, musicians, what have you. These lies are so believable: I don’t have time, I’m not feeling inspired right now, it won’t be any good, and so on. Pressfield addresses it this way: “Art is war between ourselves and the forces of self-sabotage that would keep us from doing our work. The artist is a warrior.”

If we are waiting for the right time, it may never come. How dare we hold back our gifts from a world that needs them. 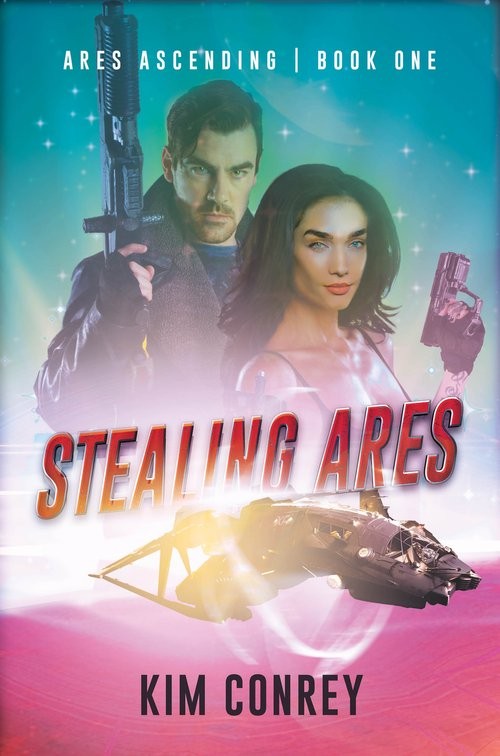 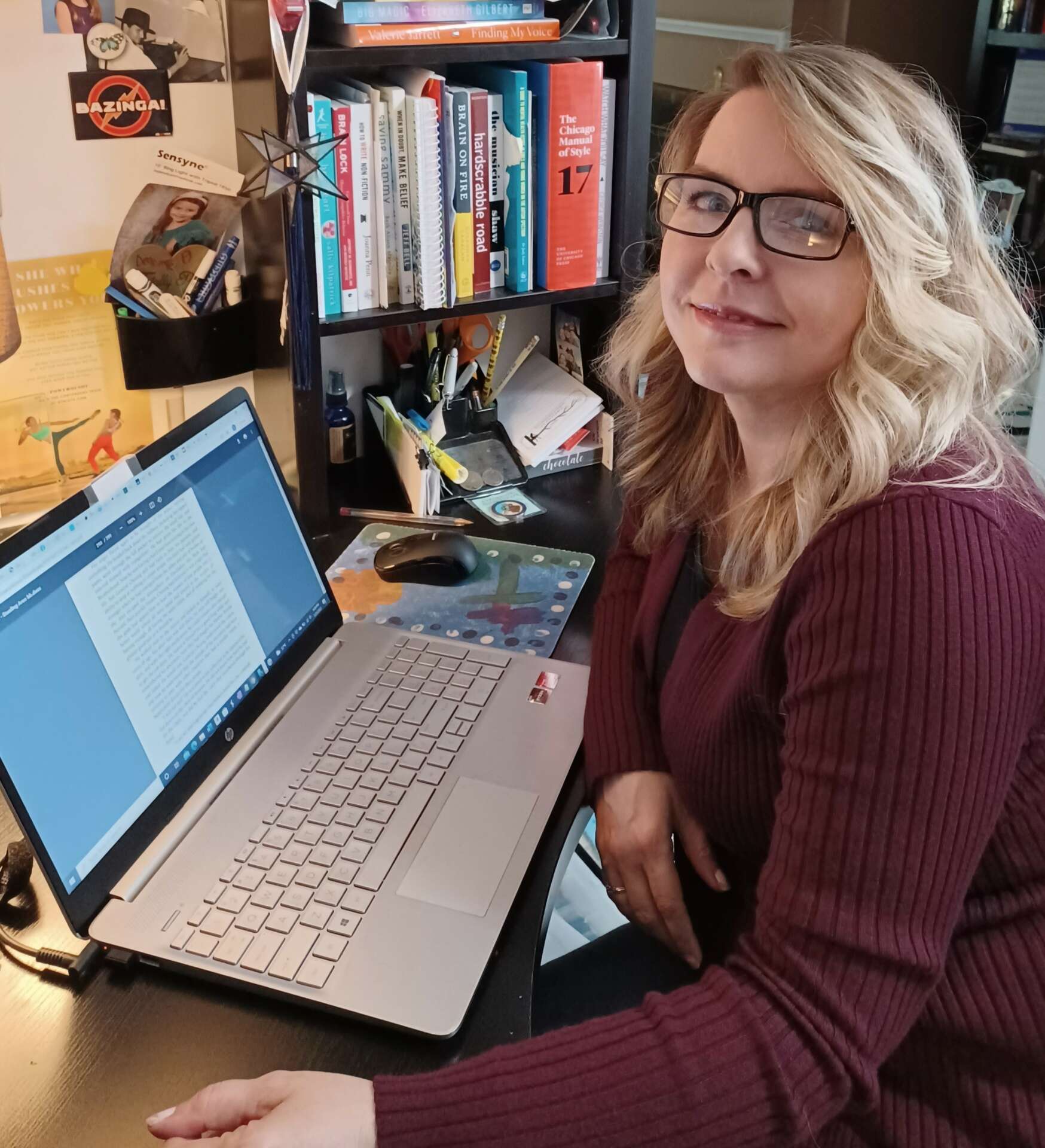 What do you find most rewarding about being creative?

For me, the most rewarding aspect of being an artist or creative is being able to shine a light on parts of the human experience that people aren’t thinking about. In the OCD memoir, that’s fairly obvious, but I’m also able to do that in my sci-fi novel Stealing Ares. My protagonist, Harlow Hanson, has mixed expressive, receptive speech and language disorder (MERLD). It often gets better as people age, such that Harlow’s experience of it isn’t obvious unless she is exhausted or particularly stressed, but it affected who she came to be hugely. We don’t see enough books or movies such as The King’s Speech, for example. And many people don’t know that female wrestler Ronda Rousey, for example, grew up with Apraxia of Speech. Much like Harlow, it’s something that isn’t as noticeable, for her, as an adult, for some it remains a big issue. We need more representation in books and movies. We often perceive children with these disorders as not following directions or not paying attention because it takes their brain longer to process what is being said to them. How frustrating it must be for them to be chastised for something they cannot help. There are so many things such as OCD and these types of language processing disorders, things that we can’t see, in which the artist can bring more awareness, light, love, and understanding.

Image Credits
1st image red jacket pic only: Cherie Lawley Photography,  All others taken by me.