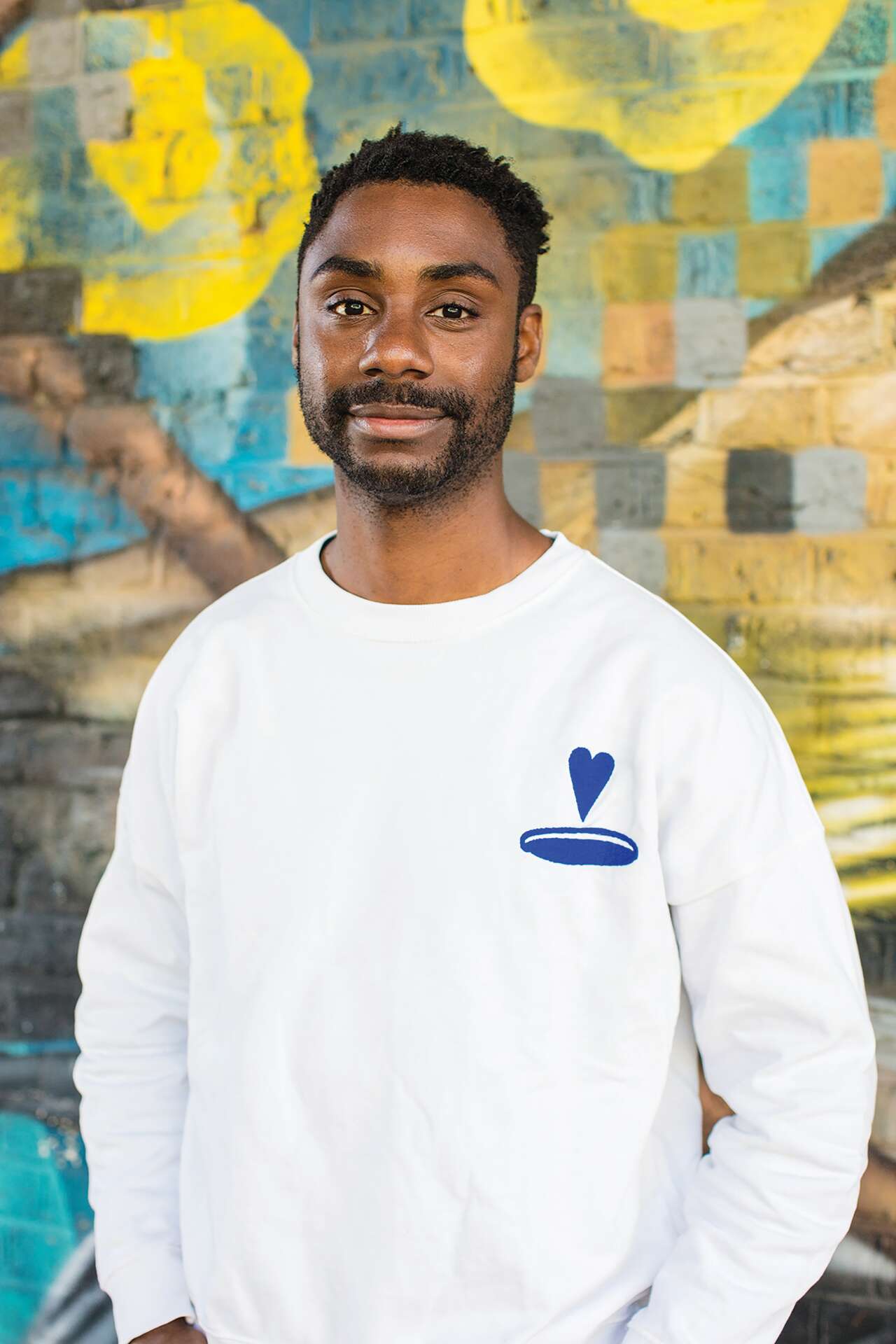 We caught up with the brilliant and insightful Kieron Lewis a few weeks ago and have shared our conversation below.

Hi Kieron, thanks for joining us today. What’s been the most meaningful project you’ve worked on?

The most meaningful project I’ve worked on was a publication in collaboration with actresses Suzette Luwellyn, Suzanne Packer and publishing company, HarperCollins. The book is titled, “Still Breathing: 100 Black Voices on Racism, 100 Ways to Change the Narrative” and was published in 2021.

The killing of George Floyd in the US became a benchmark for the sudden rise of global conversations about racism. The protests that followed to express shock, sorrow, and outrage revealed that racism is just as prevalent in the UK as well.

As a response, actresses Suzette Luwellyn and Suzanne Packer decided to create a publication where different experiences about racism, particularly in the UK, would be collected and acknowledged.

The publication focuses on 100 black voices ranging from musicians, Members of Parliament, poets, artists, athletes, and alot more. Everyone featured shared their lived experiences to help us set up a true conversation about racism in the UK.

As a black creative, a publication focusing on race of this magnitude is certainly a difficult, yet rewarding challenge to be part of. I can honestly say, I’ve never worked on a project that I’ve had such an emotional connection with. I feel that I overcame this challenge by seeing the positives that publications such as this one, can bring to our community, across all people.

From a design perspective, this was a project which truly tested my creative process.

One thing that is very clear from the hardback publication is that all 300+ pages have a very unique design in response to his/her experience. I was conscious to take this approach so it could reflect on everyone’s very unique personal experience of racism. In my opinion, if everyone had the same layout, then it would certainly dilute the emphasis of how important and different everyone’s story is.

Since the publication has been released it has opened the doors to more discussions, my first exhibition in Brighton, England and even sharing my design process to a global audience at various conferences.

In 2021, I spoke at Adobe MAX with the title, ‘Empowering Community Through Collaboration and Editorial Design’. I discussed working on publications that are designed to inspire and empower the African community and its diaspora, such as the Still Breathing publication.

This year (2022), I was invited to Washington D.C to speak at Creative Pro Week and share the publication. My talk was titled, Creating Impact: Editorial Design to Influence Change.
Within my hour-long presentation, I covered numerous topics including, ‘The impact that collaboration can have on your career’, ‘The importance of designing for the community’ and ‘How editorial design can connect us’.

Without a doubt, “Still Breathing: 100 Black Voices on Racism, 100 Ways to Change the Narrative” is and I feel always will be, the most meaningful project in my career. 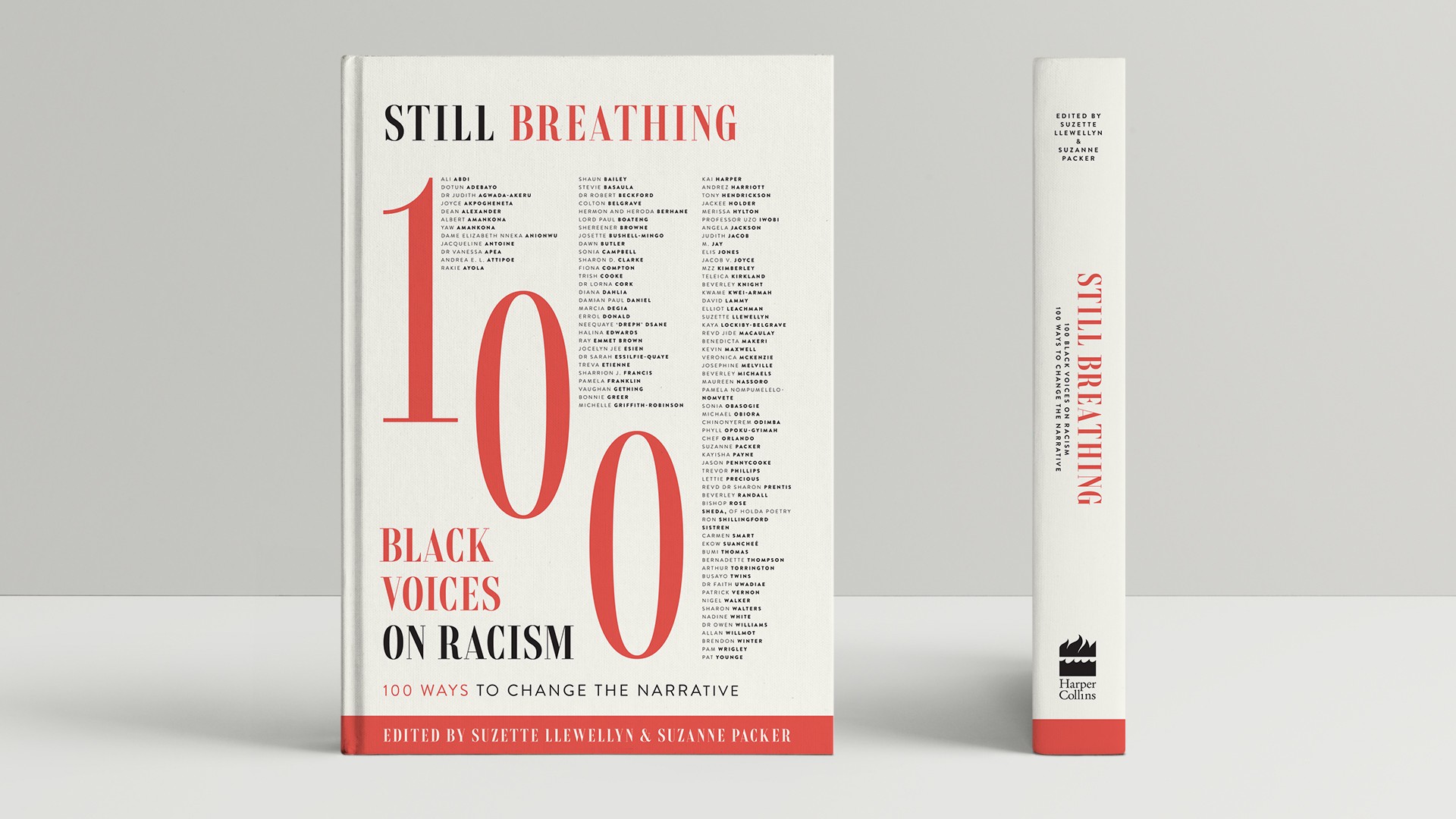 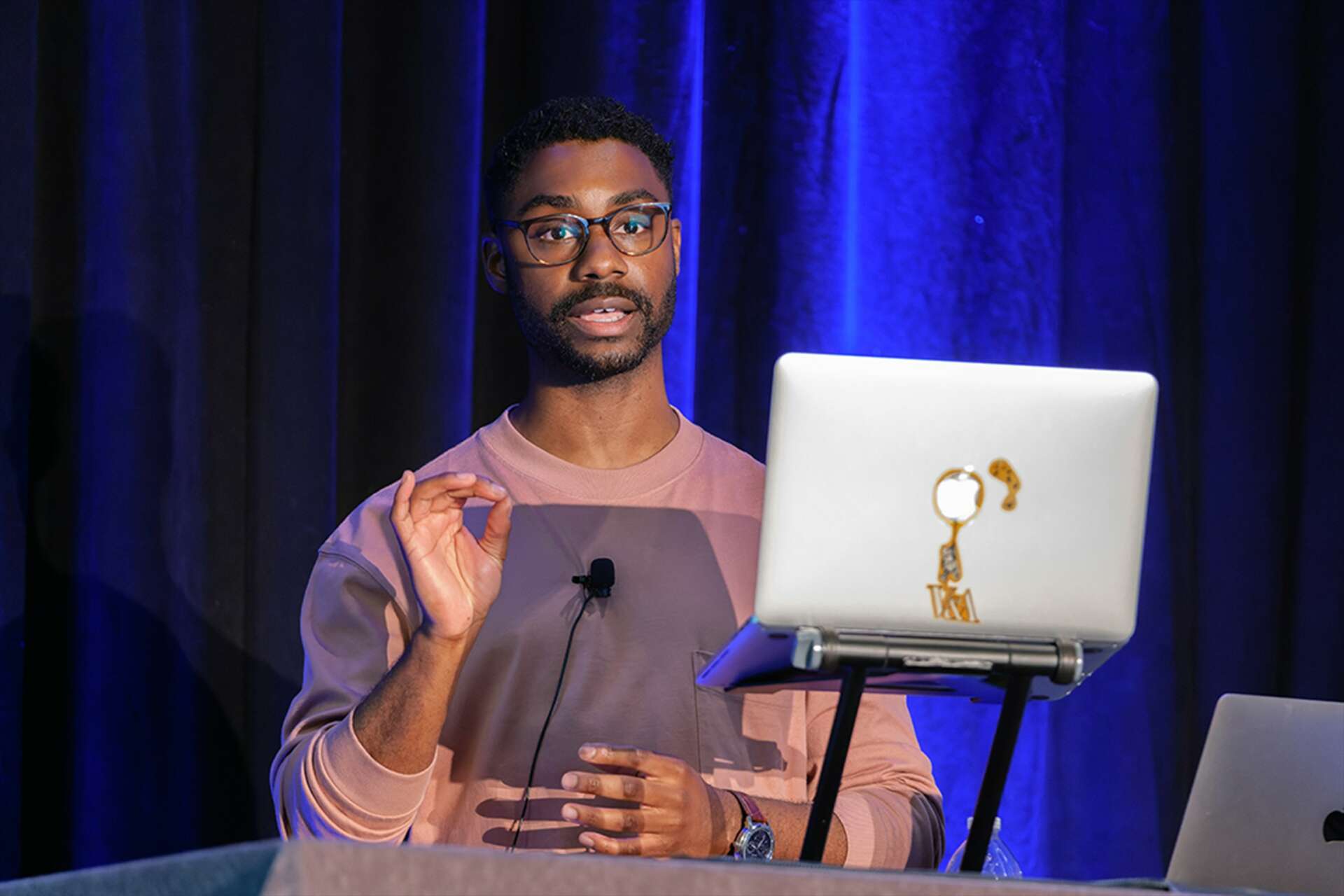 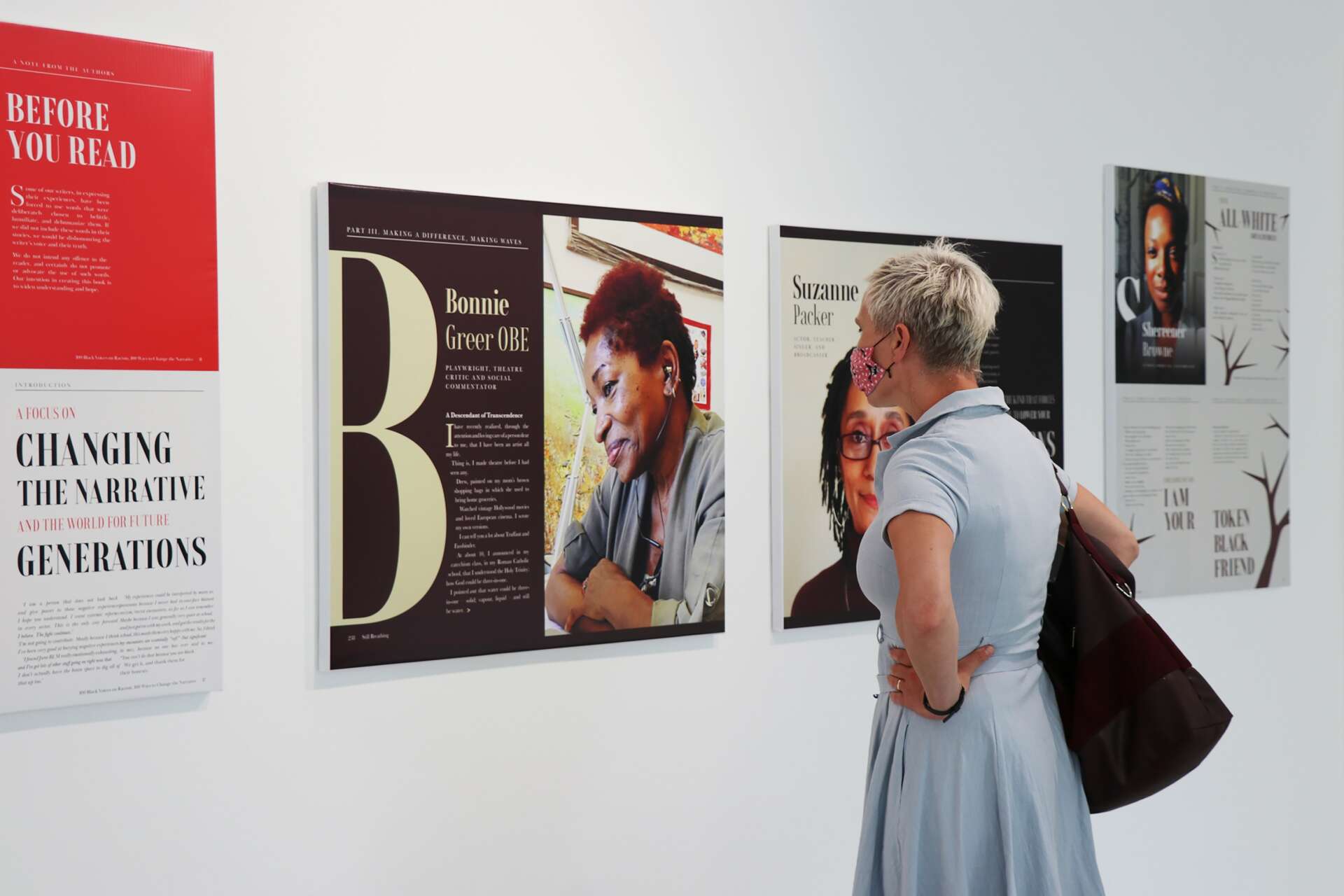 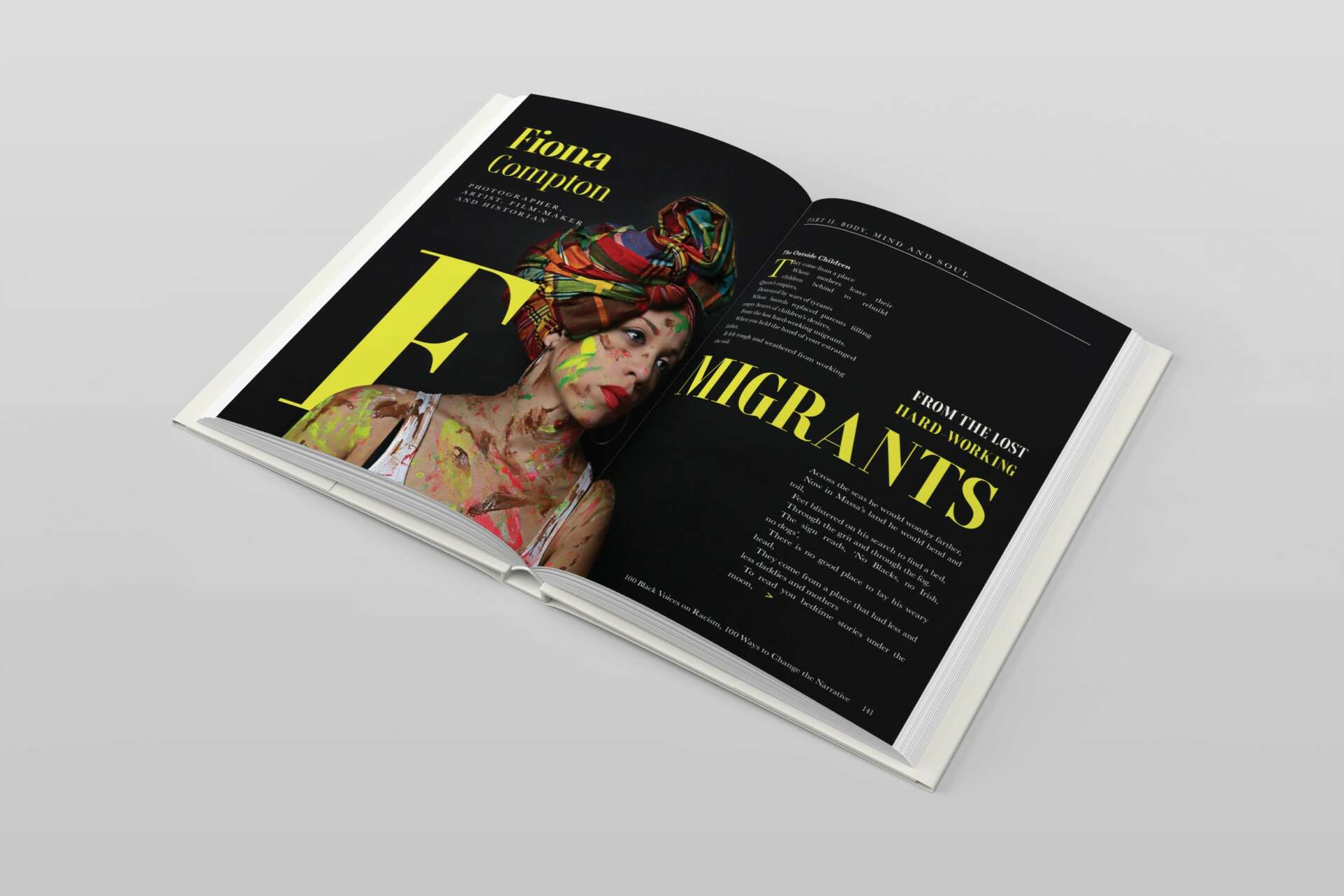 I got my university BA Hons degree in Marketing, Branding and Graphic Design at Winchester School of Art, which is situated in the south of the UK.

Since graduating, I have worked at a wide range of agencies within the disciplines of advertisement, communications and publishing. Each place that I was at, from a junior designer level up to a senior designer now, has allowed me to have a good understanding of the creative industry and also what I’m capable of from a skills perspective.

From my university career, even throughout my working career, I’ve always been keen on working on self-directed projects. These would tend to focus on race, design and my community.

I grew up in Brixton, south London which is a predominantly black community. However, I went to university in Winchester, outside of London, which was a predominantly white community.
Both experiences of living, making friends, studying and working in these very different communities
were difficult at first, but I began to embrace my uncomfortableness and changed my way of thinking. I started to believe (and still do), that the difference of others is something to be celebrated and we can all have a very different way of viewing the world if we take the time out to want to learn about other cultures and skills.

This has now led to my practice as a Freelance Graphic Designer to work on client projects which are heavily influenced by my love for my community. I’ve had the privilege to collaborate with Adobe, The Royal College of Surgeons of England, Kick It Out, Levi Strauss & Co, and Farfetch. However, primarily I work regularly with publishers such as, HarperCollins, Chronicles Books and Penguin Books.

I touched on my upbringing previously, but as a black creative, I’ve faced numerous experiences of feeling very uncomfortable in certain working environments and whilst at university. This usually came in the package of not feeling that I had anything of importance to bring to the table, whether in pitches OR in group discussions at university, as there weren’t many creatives that looked like me.

I regularly give talks at schools, colleges and universities within the UK. Working with young people and students is something that I truly find inspiring.

I now have the belief that there is no such thing as a stupid question, if you don’t know the answer.
This logic and even way of life has been the driving force behind my creative journey and one which I will also stress when public speaking. 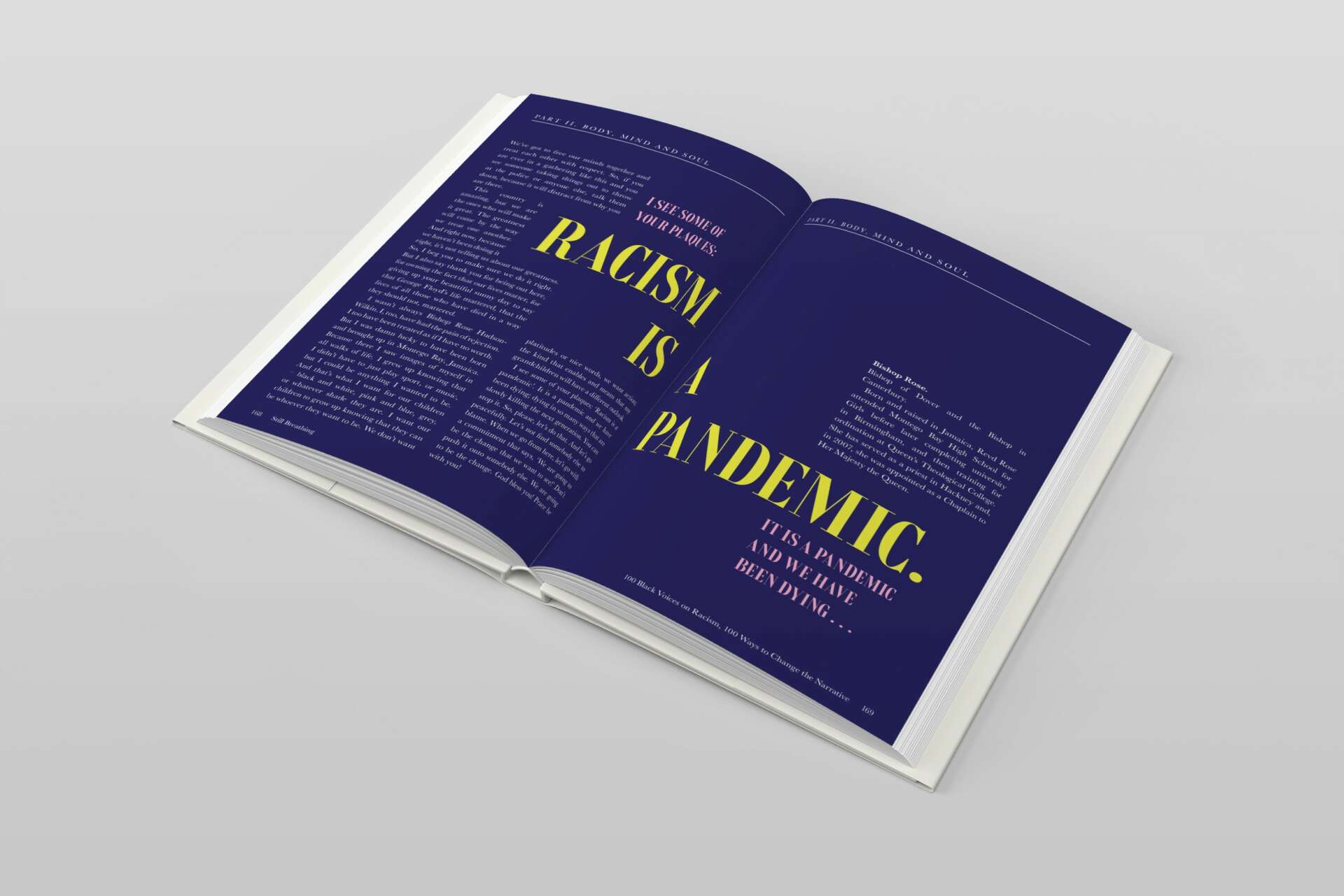 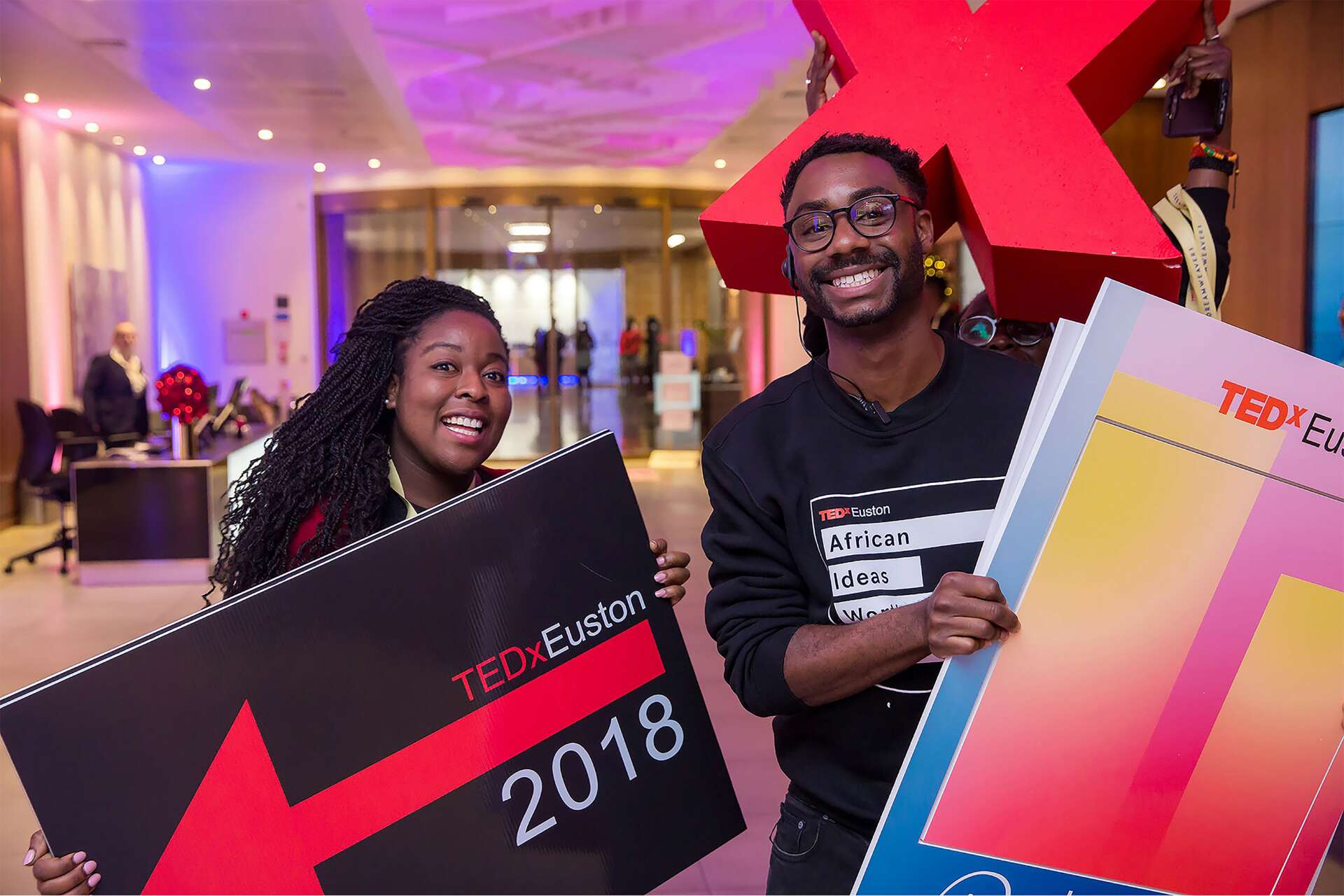 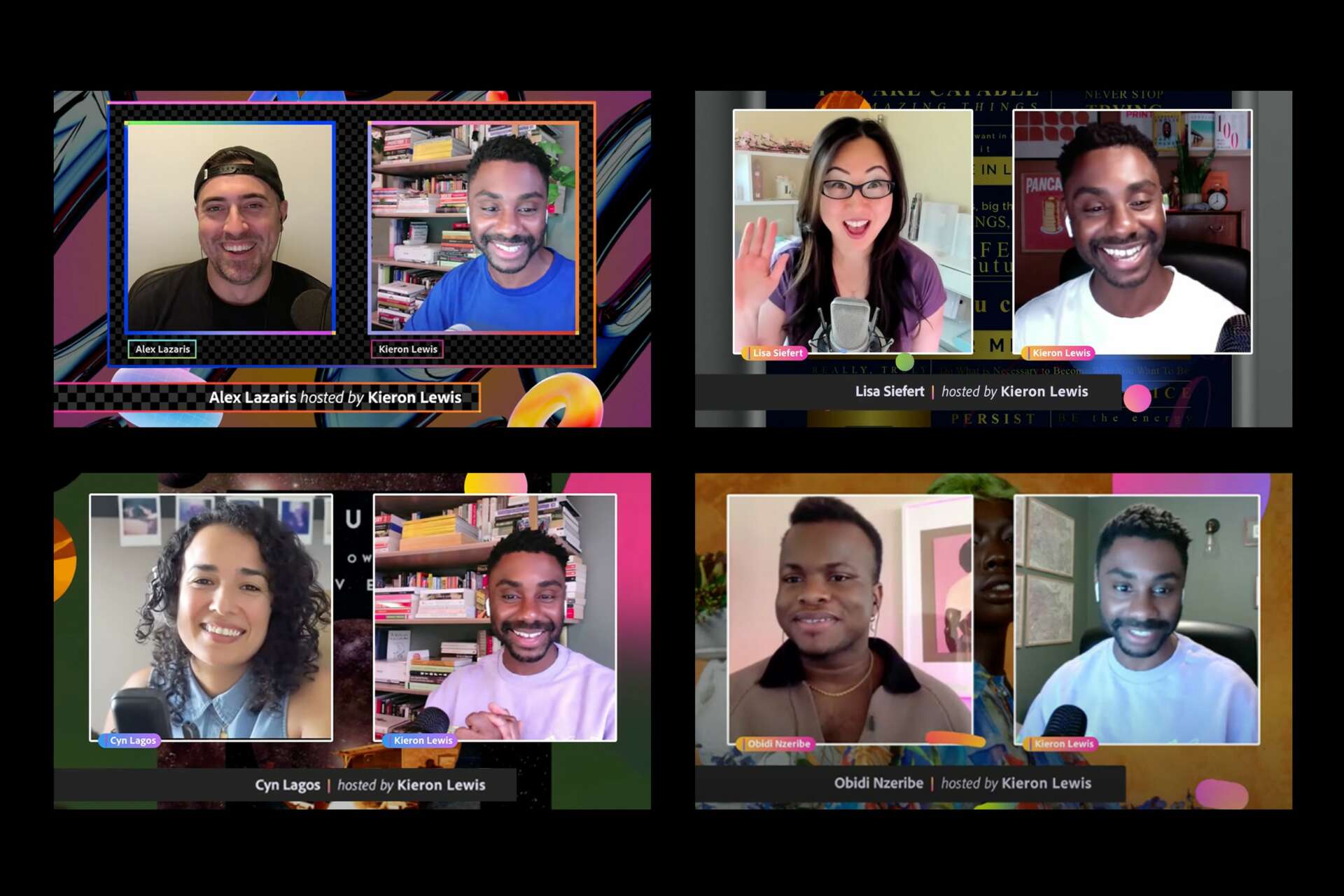 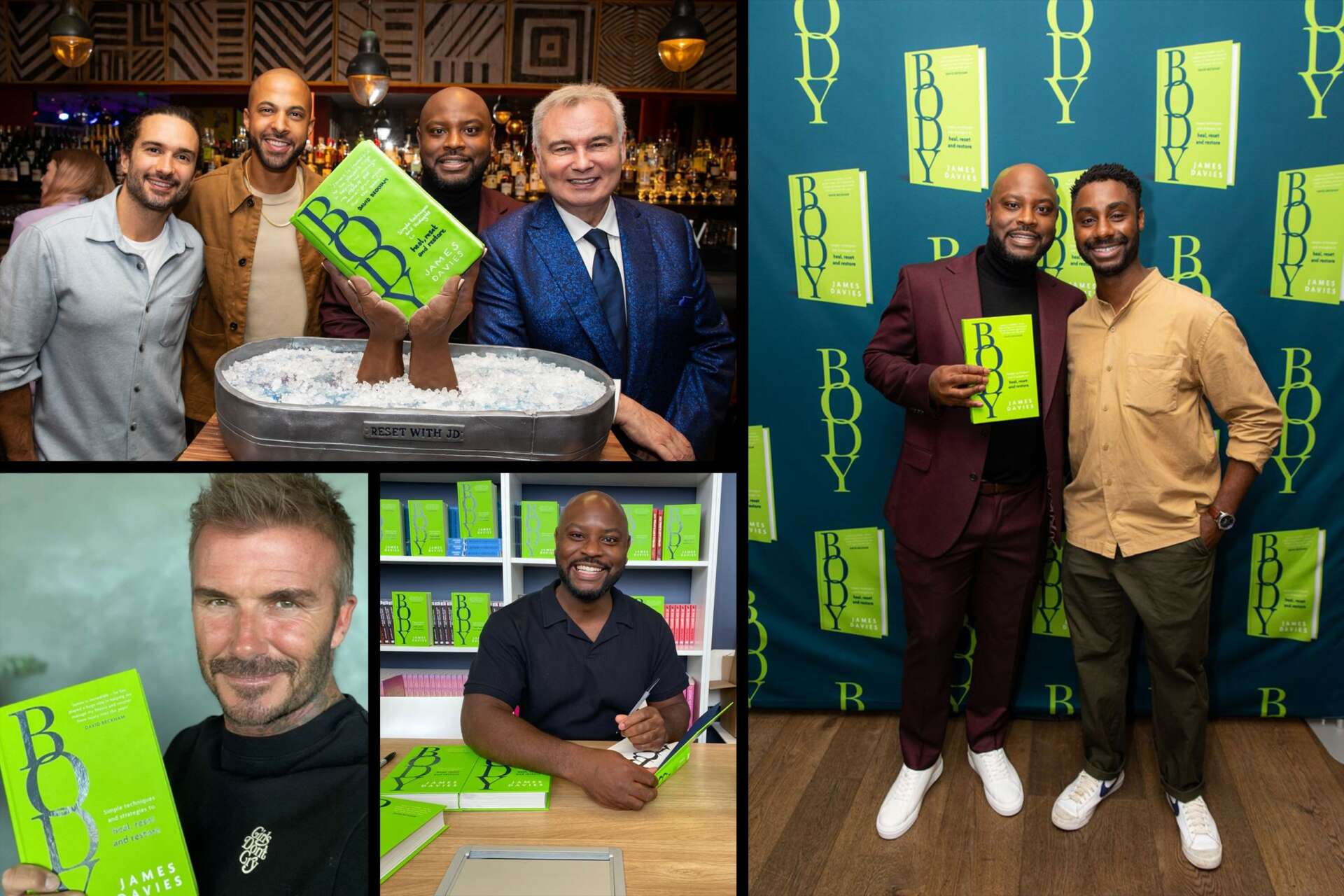 My CV is very sporadic, which is me putting it nicely! How my brain works is that, unless I’m doing new interesting projects regularly or projects that have meaningful impact, I completely switch off. Unfortunately, I haven’t been blessed with a face that doesn’t show I’m bored, when I really am. That’s why, me and ‘long’ Zoom calls never work out well!

I decided to go officially freelance in January 2021. Now, going freelance is something I’ve thought about even whilst at university. So we’re talking over 9 years ago!

I remember calling my parents and telling them I’m leaving my full-time employment to go freelance.
My mum said (and I quote), “You’re crazy?!..But not because I’m going freelance now, but because she knows I wanted to go freelance years ago and she was wondering why it took so long to take the plunge!

Keeping in mind we’re in a pandemic. Plus to put the icing on the cake, my fiance (at the time) just bought our first home the month before, and was getting married in a few months time. All the signs pointed to ‘play it safe’ and stay in your full-time.

Now, I do believe in ‘right place, right time’ but what I’m going to say next might sound slightly like a miracle. The same day I gave my notice to leave my job, was the same day I was approached by Adobe to be part of their Adobe Live Series. This is an online community where creatives can share ideas on topics such as illustration, graphic design, motion design and photography via live streams and live chats.

Not only did I go on a three-day live stream with designer Kladi Vergine, design live and share my design process, but I was given a year of Creative Cloud for free. Now, every designer knows this is EXACTLY what you want, when you’re just starting a career in freelance. Everything now pointed to, you’ve been given the tools, make this work Kieron!

Since completing my own Adobe Live session in 2021, I’ve been invited by Adobe to be a regular host on their channel. This opportunity to host has allowed me to meet some amazing creatives from various parts of the world and have a deeper understanding of their work process.