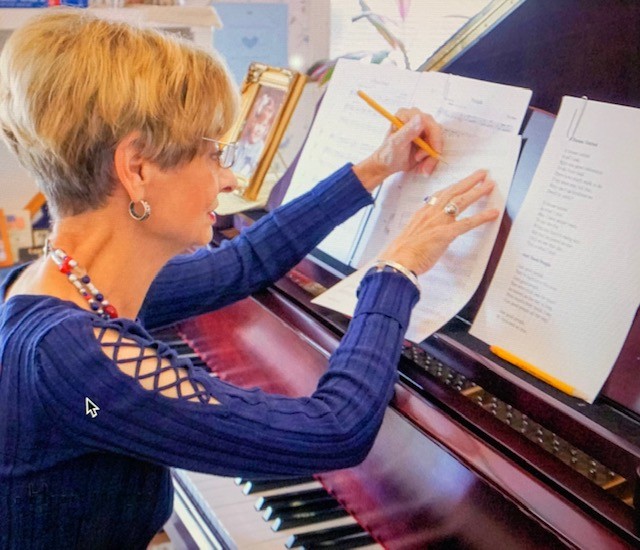 We’re excited to introduce you to the always interesting and insightful Kay Moore. We hope you’ll enjoy our conversation with Kay below.

Kay, thanks for joining us, excited to have you contributing your stories and insights. When did you first know you wanted to pursue a creative/artistic path professionally?

Probably because they at one time thought they’d never have a grandchild, my paternal grandparents, when I arrived after they were in their 70s, had high expectations of me, so they bought a piano for me when I was age 3. Fortunately, one of our town’s outstanding piano teachers lived next door on Garland’s 11th Street, so my parents arranged lessons for me immediately. I was so short that my feet dangled high off the floor on the piano bench, but I learned to play quickly and had my first solo piano recital when I was 7. Throughout my childhood and youth I always studied from outstanding teachers; it was presumed that I’d enter the field of music. However, I had always been an avid writer as well—poetry and even a novel when I was quite young, so from my early teens a writing vocation began drawing me. Ultimately, when it became time for college, I had to choose between becoming a musician or a journalist. I knew that studying piano in college meant a huge investment of time and would leave no hours for work on the college newspaper, which would be necessary for me as a journalism major. I was thankful that I had studied piano long enough and been mentored by enough good people that it had become a lifetime skill and second-nature to me, although I couldn’t see how I would use piano training in any way except for my own “amusement/amazement”, as the saying goes. In much later life, I would be hugely surprised by the confluence of these two passions. 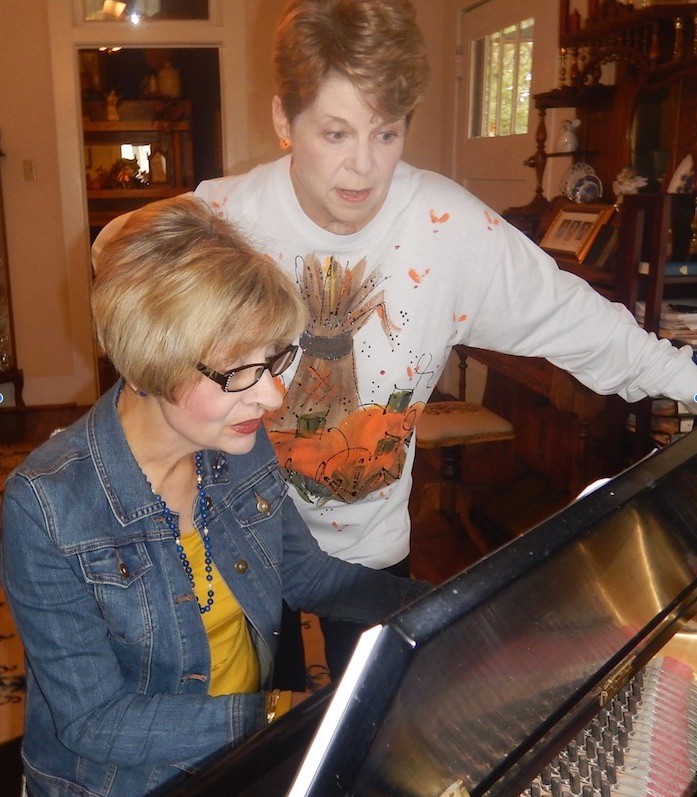 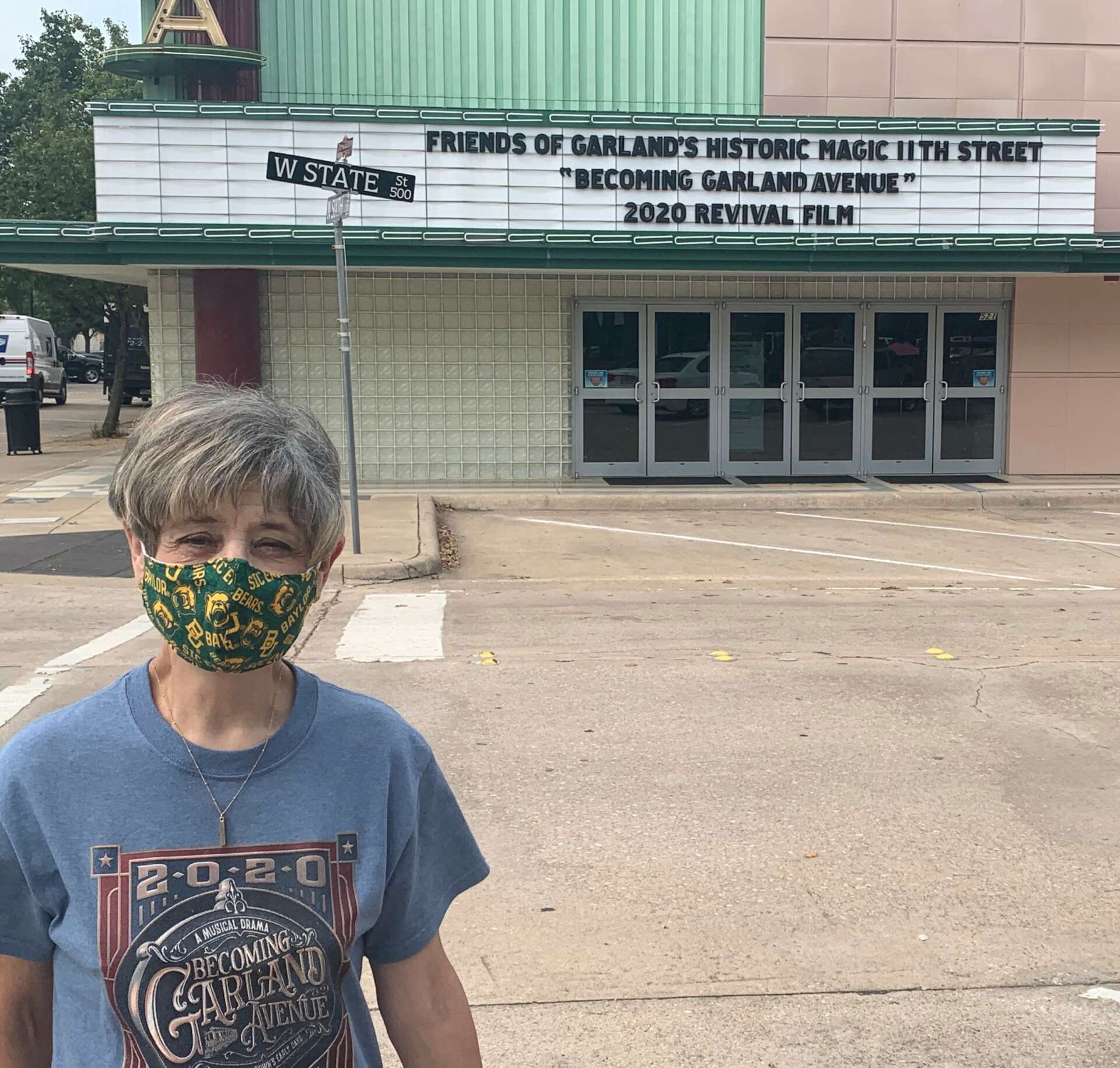 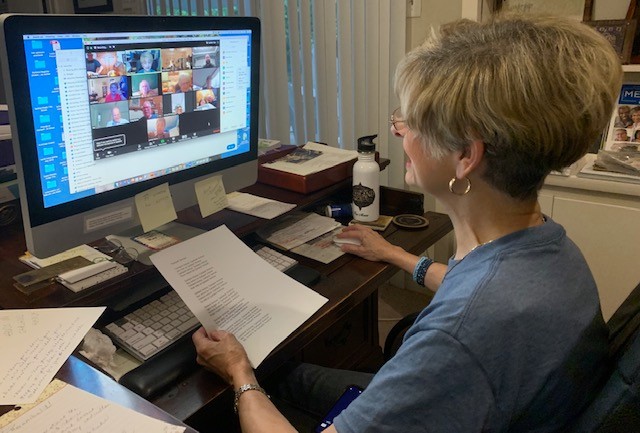 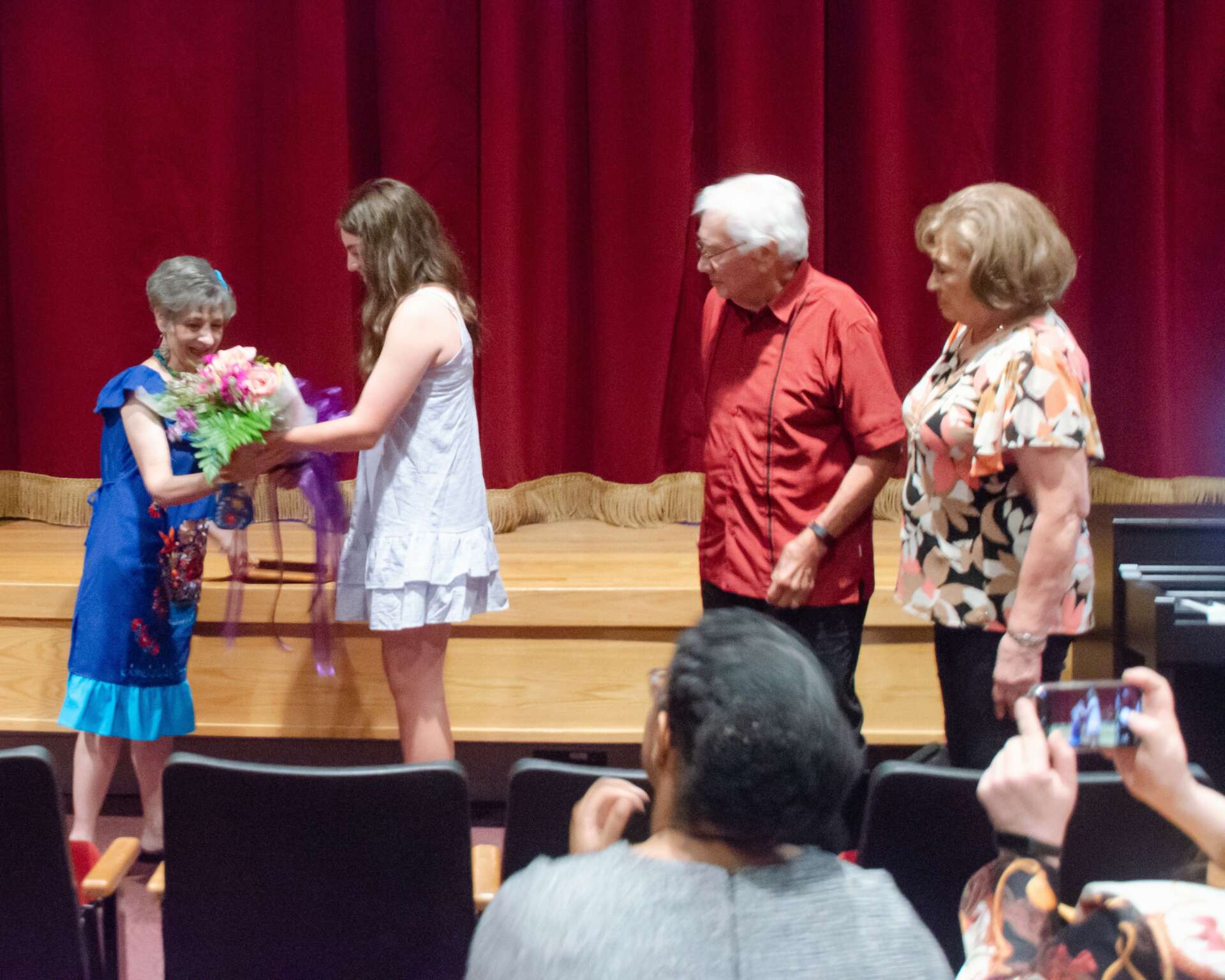 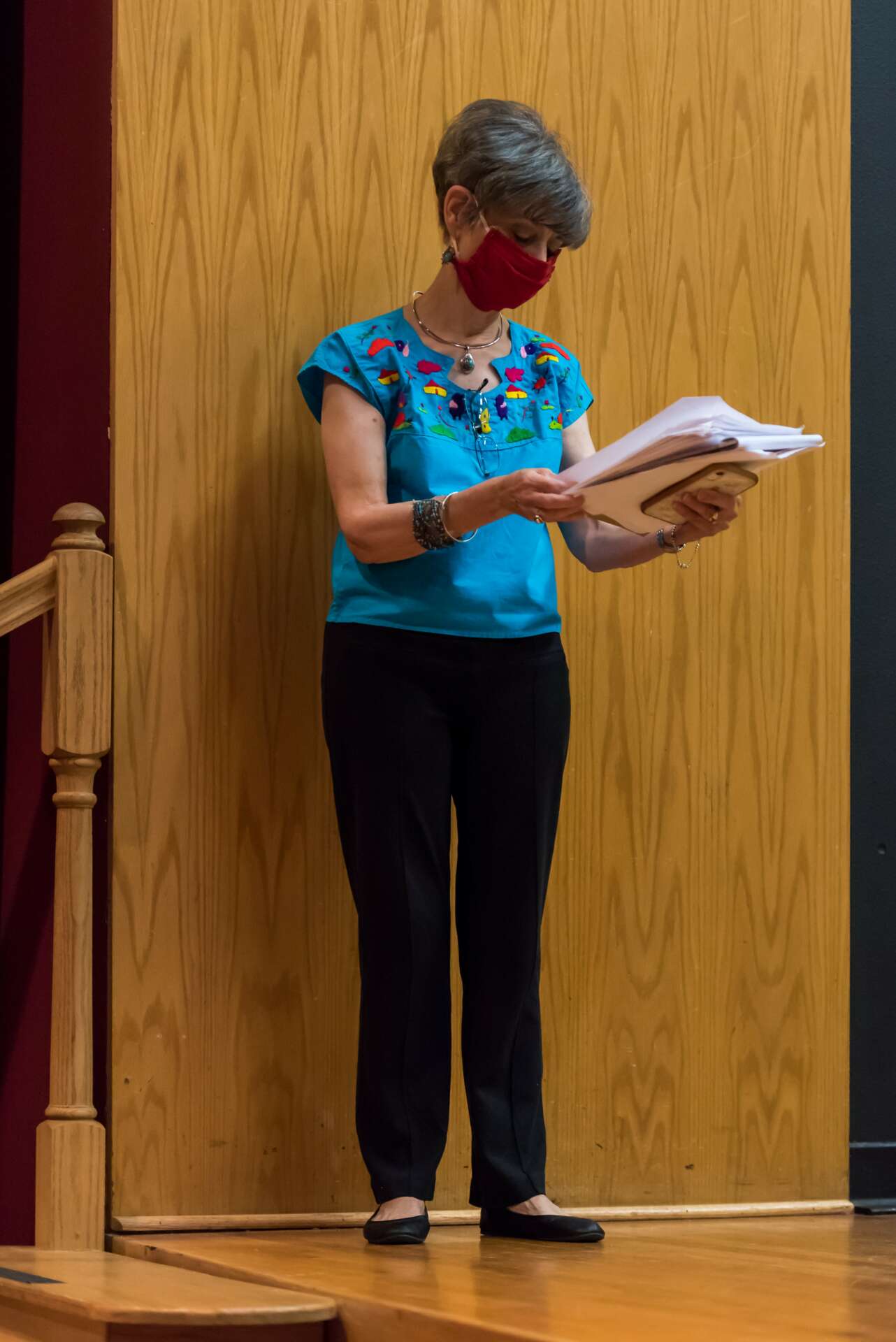 All of this background came in handy when my husband Louis and I returned to my hometown of Garland, TX, in 2000 and realized that my growing-up neighborhood had deteriorated, as older in-town housing areas often do. We had a choice of moving to newer, trendy parts of town or sticking it out on my original street and trying to make improvements. We chose the latter.

Part of bringing about this renaissance involved seeking recognition for my century-old neighborhood, first by obtaining a Texas Historical Marker and then a National Register of Historic Places listing. A good bit of research and writing was necessary to make this happen. Then, our nonprofit, Friends of Garland’s Historic Magic 11th, was looking for new and creative ways to tell our neighborhood’s unique 100-plus-year-old story besides the traditional means of a lecture series or additional home tours. That’s when we hit upon the idea of writing a musical drama as a vehicle to historic preservation. At that point I believed my life had come around full-circle, because I was able to use my dormant piano skills to compose original songs and the script to make this happen. Everything that I had studied decades ago was called upon to accomplish this.

Our organization has now produced three musical dramas for Garland and beyond: “Becoming Garland Avenue”, a story of our neighborhood’s creation in 1913 as well as vignettes of some of the town’s early leaders (performed in 2019); “Becoming Garland Avenue—2020 Revival”, a sequel to the first musical, turned into a movie once COVID hit and once performing before a live audience was impossible (performed 2020); and “The Cactus Chronicles”, the story of Garland’s first Latino family (the Manuel and Maria Valle family) and their contributions to community and culture (performed 2021). Since that time we’ve also produced an original song, “Stairway to Your Heart”, performed during the November 2021 dedication of a new entry garden commemorating the neighborhood’s resilience through two pandemics.

What looks like a stumbling block can be a blessing in disguise. The day our 2019 “Becoming Garland Avenue” musical was to be performed at the Plaza Theatre in downtown Garland, our city experienced a relentless torrential rain. We prayed for skies to clear, but the weather grew worse as curtain-time neared. Although our performance had sold out two weeks in advance, at least half of our ticketholders were older adults. We were sure the weather would keep them away. Instead these patrons would not be deterred, arriving on walkers and in wheelchairs, with volunteers escorting them under huge umbrellas at curbside. The attendance was standing-room-only, while thunder crashed outdoors. The story of this indomitable performance became legend and paved the way for the audience to demand a repeat and an expanded version in 2020.

Once again, however, we were stymied. Just before full-company rehearsals were to begin for “Becoming Garland Avenue—2020 Revival” (featuring two new songs, new scenes, and several new characters), our play was shut down due to COVID. The April 2020 showing was postponed until November, but by fall, it was still no safer to gather inside a theater. We had unseen footage from the 2019 performance. We produced the two new scenes, which were small and could be rehearsed outdoors and filmed indoors under guarded conditions, then spliced these in to the 2019 footage, producing a movie that was released on YouTube and viewed worldwide. What originally was to have been enjoyed by a few hundred patrons instead was made available to all for free, with several of our original advertisers and a city grant helping underwrite the cost.

Through this we learned to creatively flex and to look for the greater good in what at first seemed a downer. 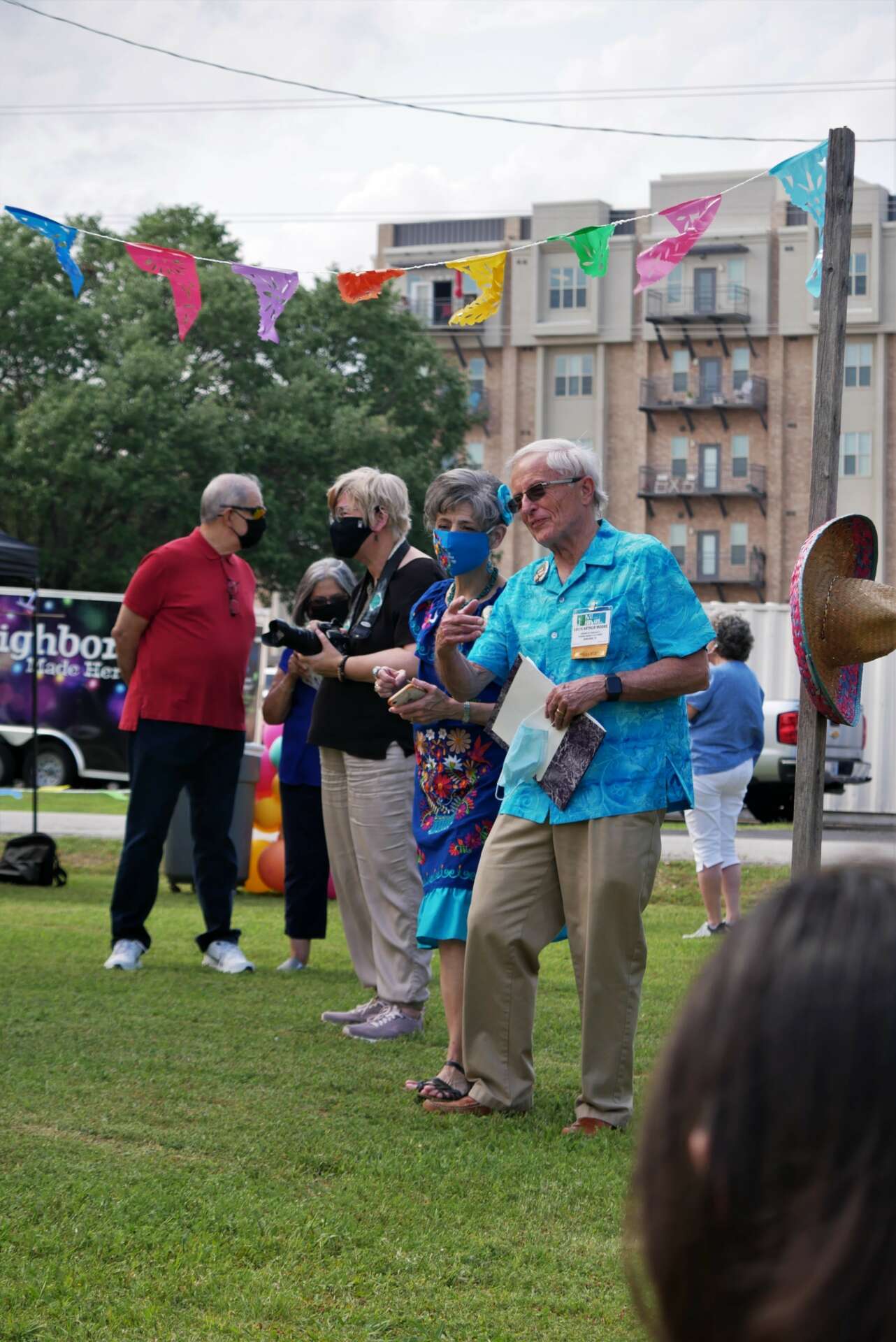 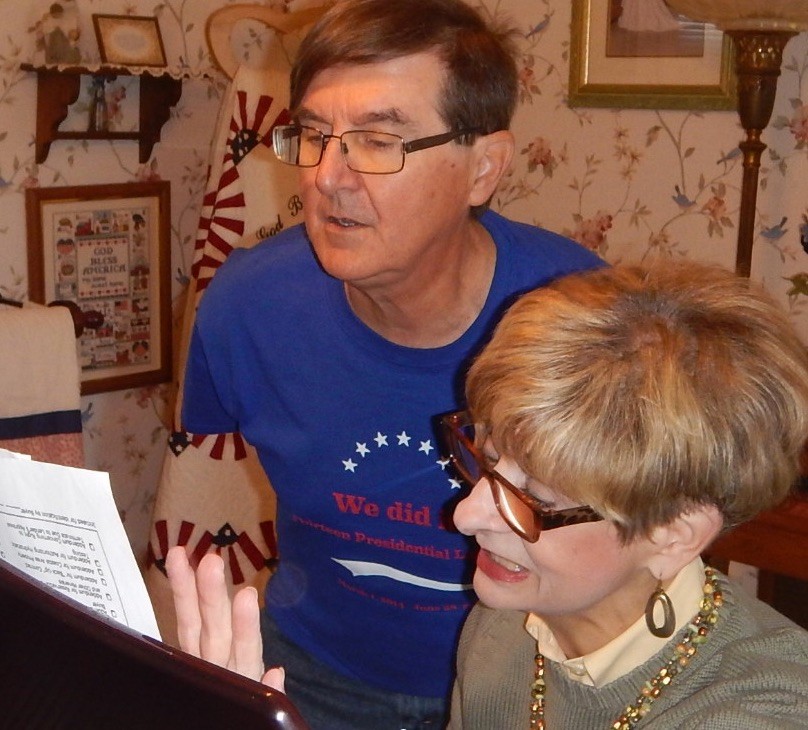 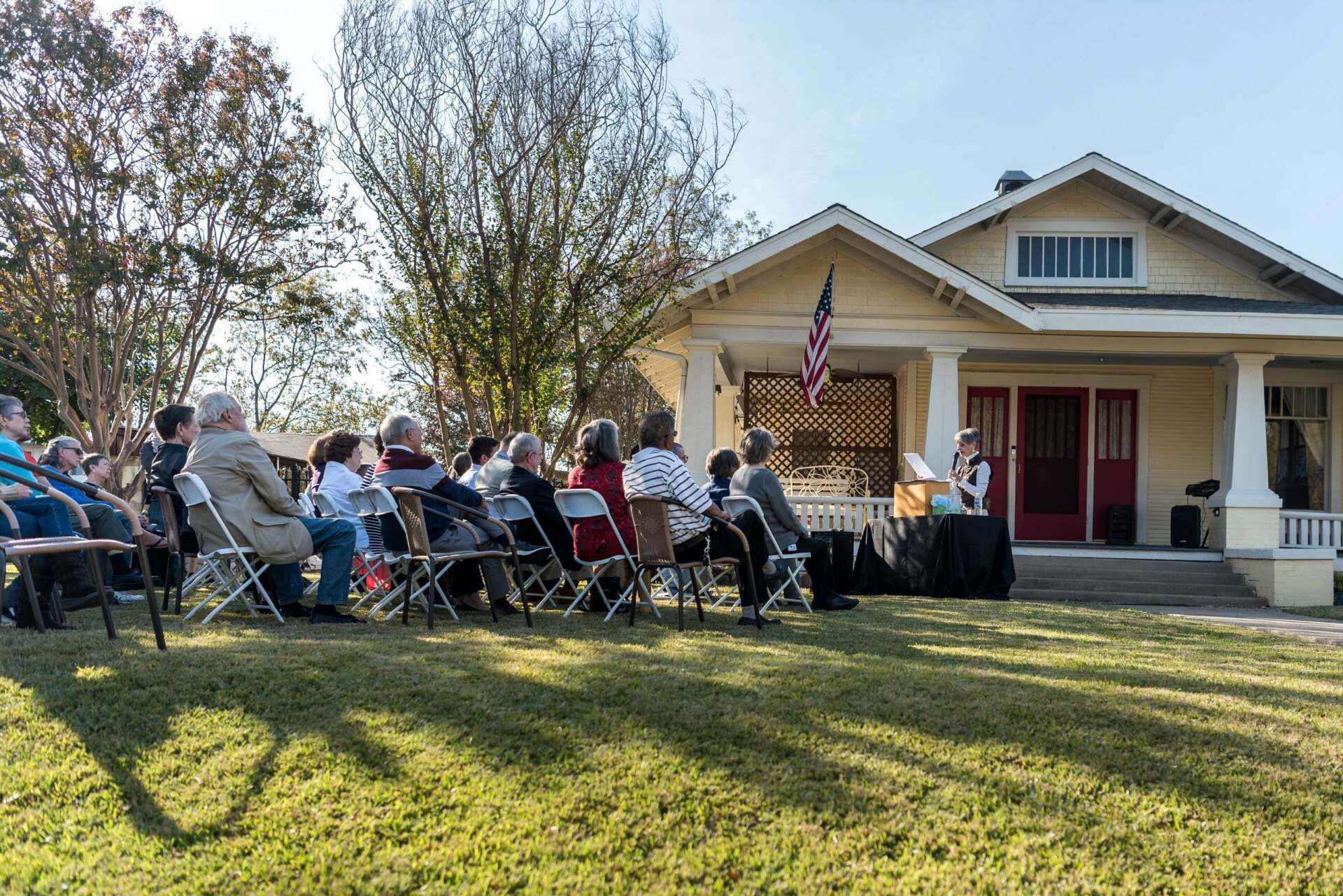 I’ll never forget the day I realized that if I could hear a new song in my head, I could write it. This was the benefit of all that piano instruction that once I believed I set aside when I chose journalism as a career. I have learned that no knowledge or experience is ever wasted. I realized that I could combine my writing skills as well as piano knowledge to bring insights and awareness to my community—to help educate people about their past as a means to help guide their future. “The Cactus Chronicles” musical drama is the story of one Latino family’s trailblazing that would role model for all the Latinos (now 42.5 percent of Garland’s population) that would follow. It is a story of overcoming obstacles and setting the bar high for others that would proceed down the same road. It is rewarding to realize that the combination of these two creative skills can help bring about social change.