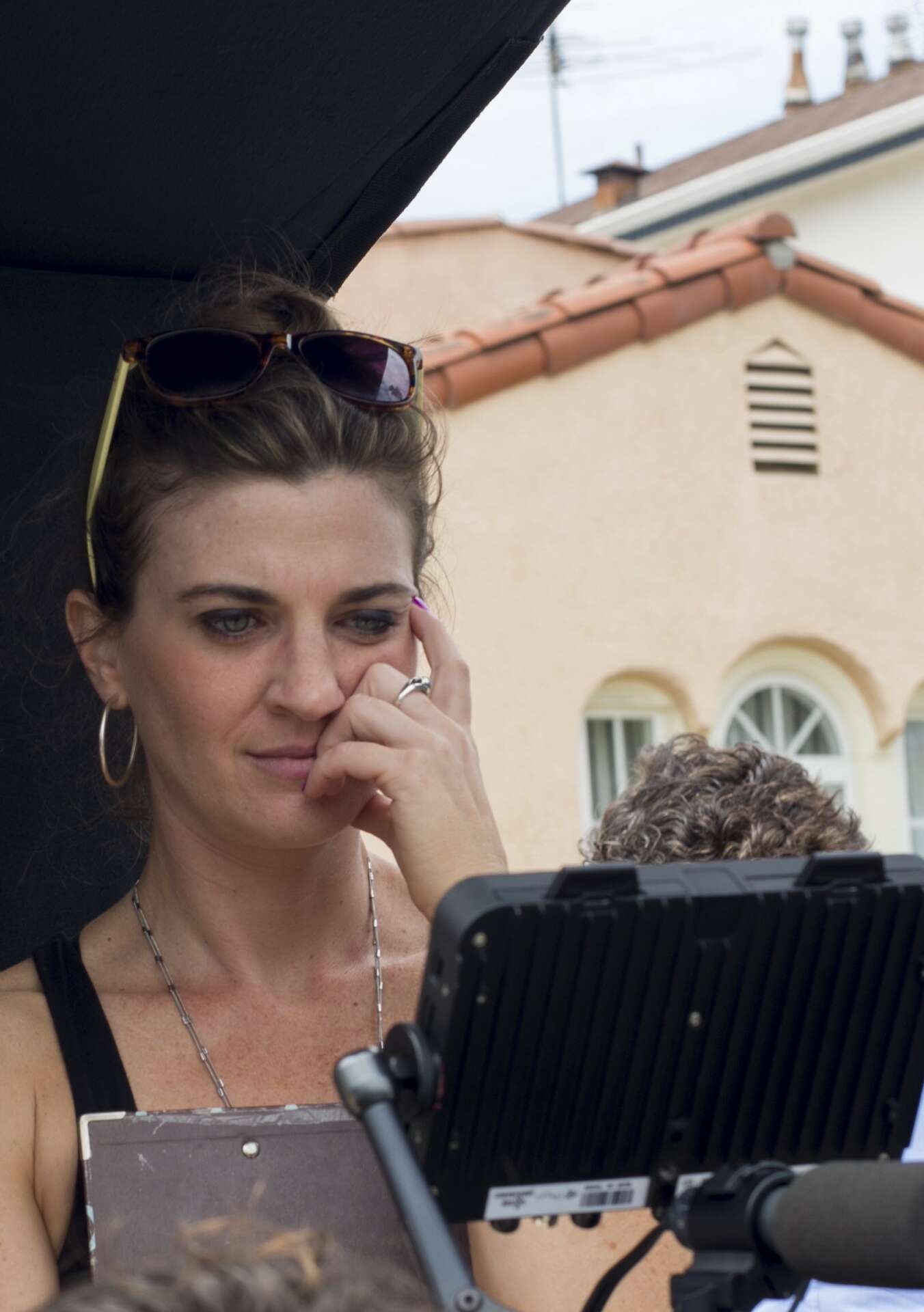 We caught up with the brilliant and insightful Kai Collins a few weeks ago and have shared our conversation below.

Alright, Kai thanks for taking the time to share your stories and insights with us today. Risk taking is something we’re really interested in and we’d love to hear the story of a risk you’ve taken.

I once moved to Chicago and auditioned for Second City on a whim. I didn’t know anyone there and aside from layovers at O’Hare, I’d never actually been to the Windy City. I’d literally taken one improv class in my life and had recently gone through a bad breakup. I was in the middle of transferring all of my worldly possessions into a storage unit, preparing to move back in with my parents at the age of 26, when I ran into a good friend from college. After I filled him in he asked what I was going to do. Without thinking I said, “I’m moving to Chicago.” And when he asked why, again without pause I said, “I’m going to do improv at Second City.”

I’d never thought about this before but as soon as I said it out loud, I knew that I would do it. People thought I was crazy — mostly to leave California for Chicago’s extreme cold and insane humidity. I called and scheduled an audition for The Second City Conservatory, not realizing you’re supposed to complete levels A-E before even contemplating getting in, but ignorance can be bliss. I drove to Chicago in three and a half days in the middle of winter, auditioned, got accepted, and it changed my life and entire career trajectory.

Chicago is where I grew to be an accomplished improvisor, took my first sketch comedy class, graduated from the Conservatory, and began writing, directing, and producing work professionally. Today, as a filmmaker and business owner, I continue to pursue the fun and sense of play I first found onstage with improv and I continue to trust my instincts. They may not lead where I thought they would, but they always take me in the right direction. 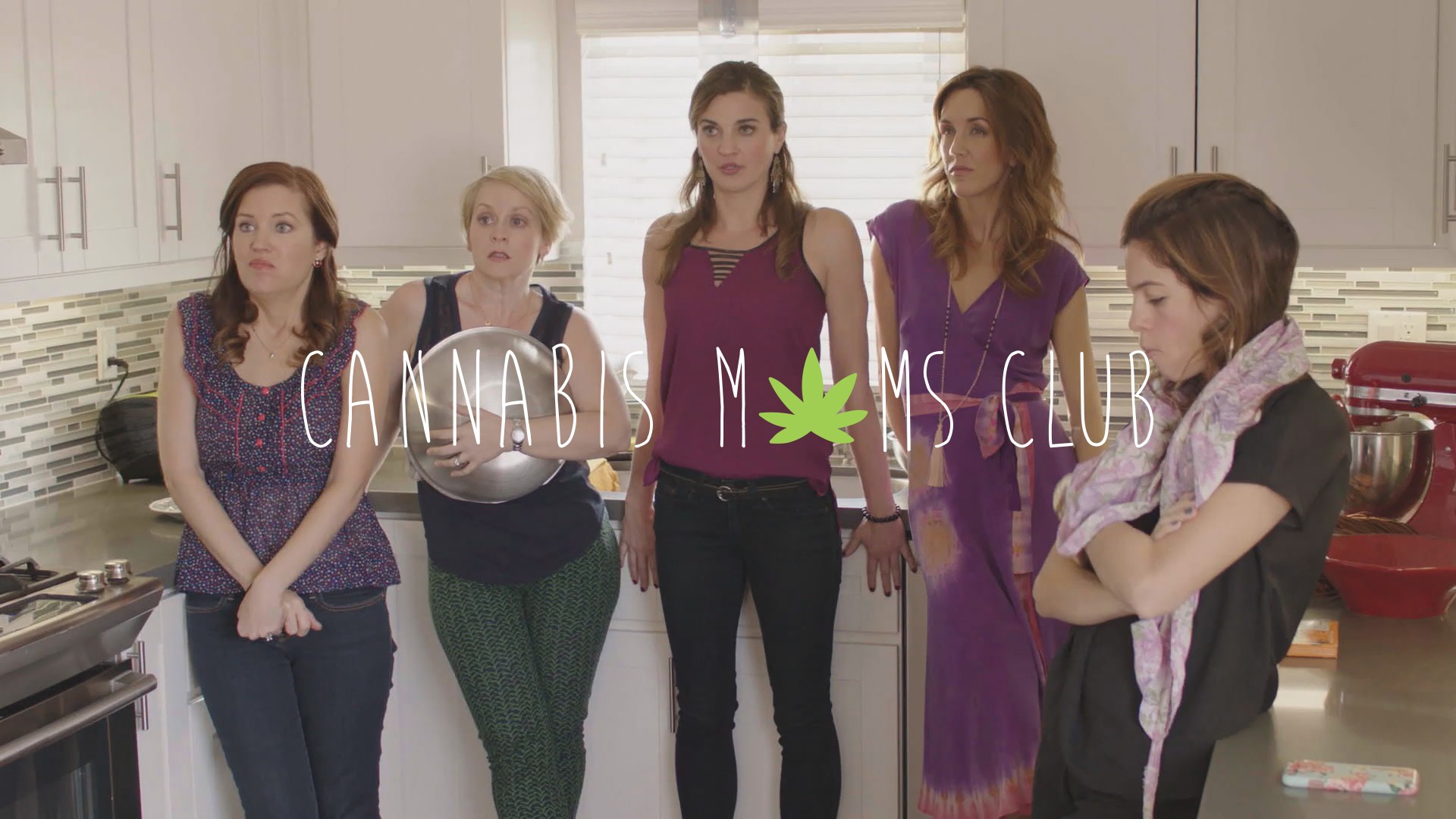 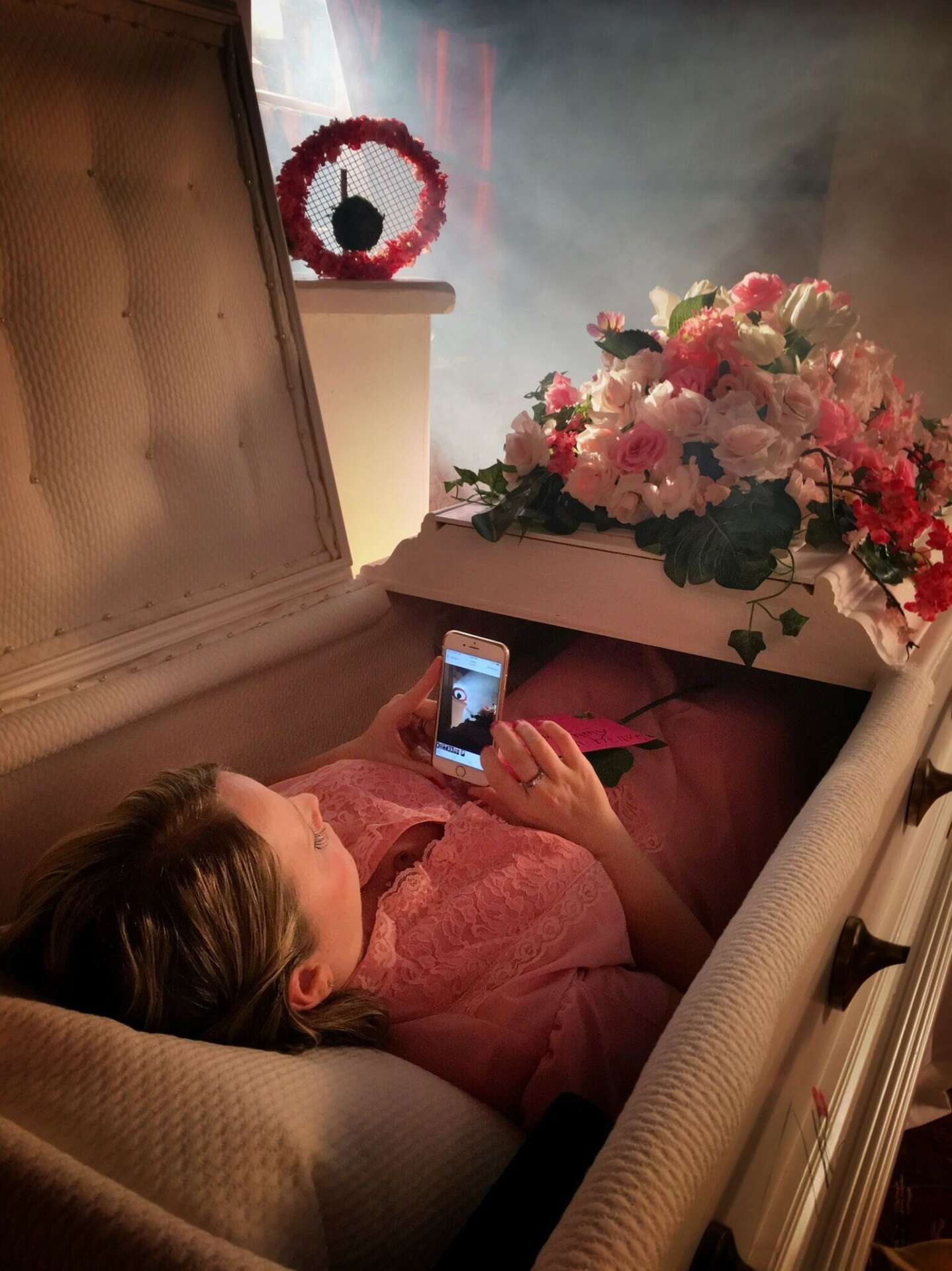 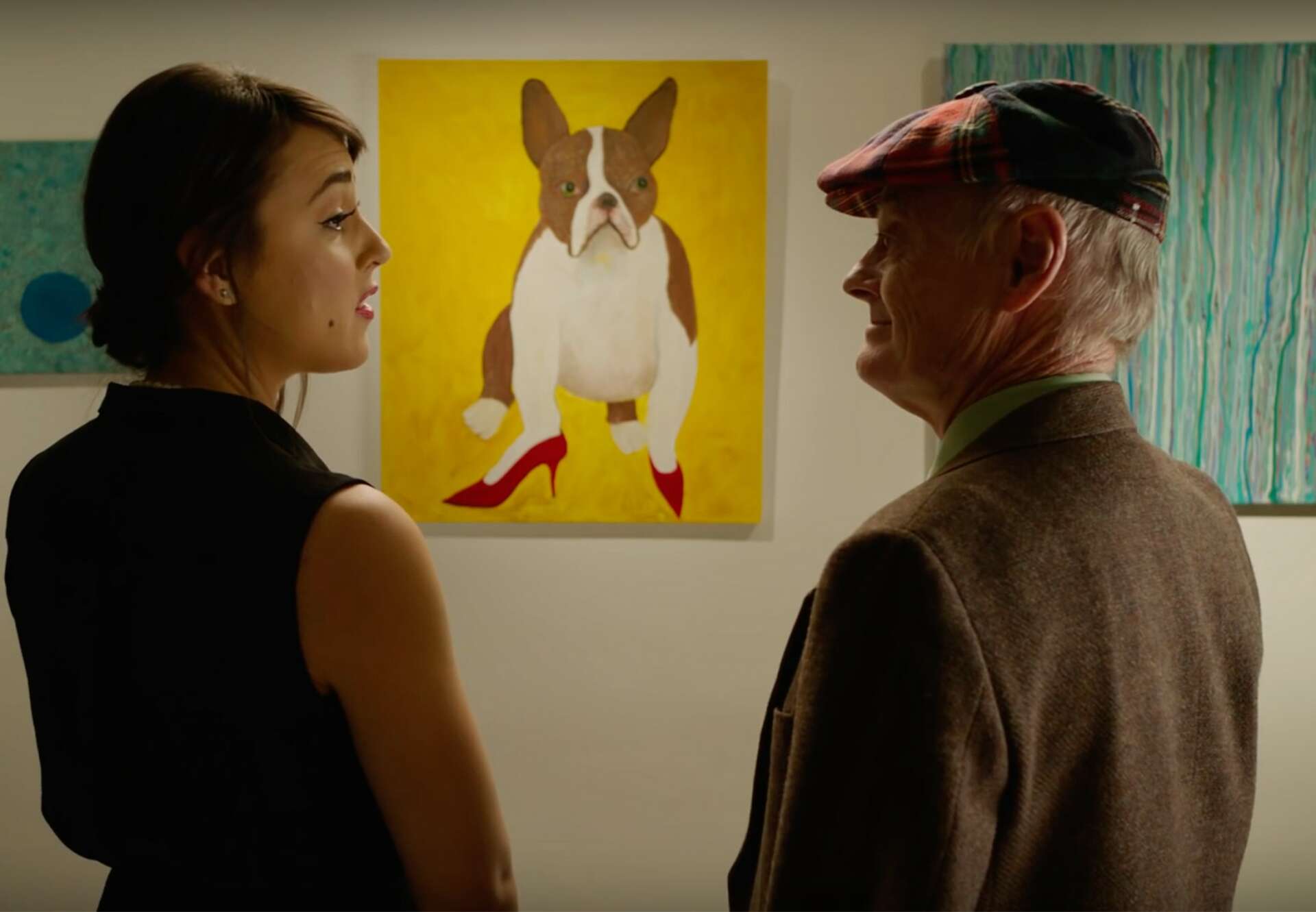 Well, Kai Collins Films is an award-winning production company with a focus on comedic content and branded entertainment.

Our original short films have international distribution and have screened at festivals around the globe from Nice, France to Palm Springs, Santa Barbara, and Portland to Tribeca Film Presents on United Airlines.

Everyone is expected to be online by now. If a business doesn’t have a website, then it certainly better have a social media presence! You can hire someone to be a social media manager for sure, but customers are savvy. They can tell when a brand is being authentic and when it’s not. One thing that sets us apart is that I work personally with each client to create and execute a vision to meet their unique needs and objectives. One that’s influential, shareable, and generates brand endearment. I often work with some of the many talented actors, improvisors, and sketch comedy geniuses I got to know through Second City and when I trained at The Groundlings in LA. With my background in comedy, I love it when I get to be funny!

As a kid I’d commandeer friends’ parents’ video cameras and corral my classmates into performing in my parodies of afternoon cartoons, nighttime soaps, and commercials (infomercials in particular). When I was ten I wrote and directed “An Evening of One Acts” starring my brother and cousins. I actually charged my extended family admission (to their own living room) and for refreshments (which I’d made using their ingredients in their kitchens). So I think I’ve always had a calling.

But I got into branded entertainment almost by accident back when it was being largely crowd-sourced and I won a contest for PepsiCo-Aquafina. It was fun to take a step away from writing 100+ page screenplays and pilots with multiple storylines to focus instead on how to tell a story in just 60- or 30-, or even 15-seconds.

There’s a lot of overlap between improv and advertising. You have to get the audience’s attention immediately and you have to get to the point. And of course, you want to be memorable. The first rule of improv is “yes and,” which I love. This means you always agree to whatever your scene partner says, and not only that, you must heighten and add to it!

So if you’re thinking you’re the Queen of England about to knight someone but your scene partner surprises you with, “Get this apron on and start dipping the flies in chocolate, Janet!” You have to agree to it and say, “Yes, and I apologize for the cricket incident, sir. When I took this job at Chocolat-ear-wig, I didn’t realize there would be actual bugs involved.” That was a bad insect pun, I’m sorry.

“Yes and” fits so naturally to me with branded entertainment. I look at a creative brief, I talk with my client, then I think, Yes. And…”

I’m proud of going for it. I lived in San Francisco and Chicago after college and waited to move to LA until I felt there was no other possible career path that could ever satisfy me. When I arrived, I was armed with the ability to write, to produce, to direct, to act, to improvise…I felt confident I never had to rely on anyone else to ever tell me it was ok to do what I wanted to do.

I’m always happiest when I make people laugh or cry or both because they relate to something I’ve written and produced. There’s a glut of content out there and people can grow immune to feeling much about anything. So I love when I’m actually able to connect with others through storytelling and exploring universal human emotions. Oh, and I optioned a feature film I wrote this year, which I’m very proud and excited about!

I pivot all the time! Sometimes it’s simply in the moment on set when I know a particular scene or a piece of dialogue isn’t working and we need some changes and sometimes it’s redefining my business model after going into a pandemic lockdown. Pivoting can be stressful but it often leads to growth and new opportunities. That’s really how I got into branded entertainment.

The first few years I lived in LA, I was focused on writing feature films and TV pilots. This struggling director called and told a writing partner and me about this new thing called “crowdsourcing.” There was a contest to make a commercial for Aquafina’s Flavor Splash, their new line of flavored water. I’d never contemplated ad work, but the winner got $1200 and that was some serious money.

The director gave us the rundown of the creative brief and asked if we had any thoughts. I shot a few ideas around and he loved the first one the best so I wrote it and we filmed it that weekend at the director’s apartment. Our ad “Magic Water” won the contest and ultimately went viral with over 15 million hits.

It turns out we were really good at writing and producing branded ads and we just kept winning contests. So my writing partner and I at the time pivoted from focusing on feature films and TV, to producing commercial work. After winning several contests in a row, we really got noticed and became part of a curated list of creators that brands could contact and commission work from directly.

And in the early days, when we were shooting on spec, hoping we’d win the contest to recoup our expenses if not pay ourselves, the last thing we wanted to do was invest money upfront. I still keep some of that mentality when I’m working with clients, determining how I can tell the best possible story in the most cost-effective way. 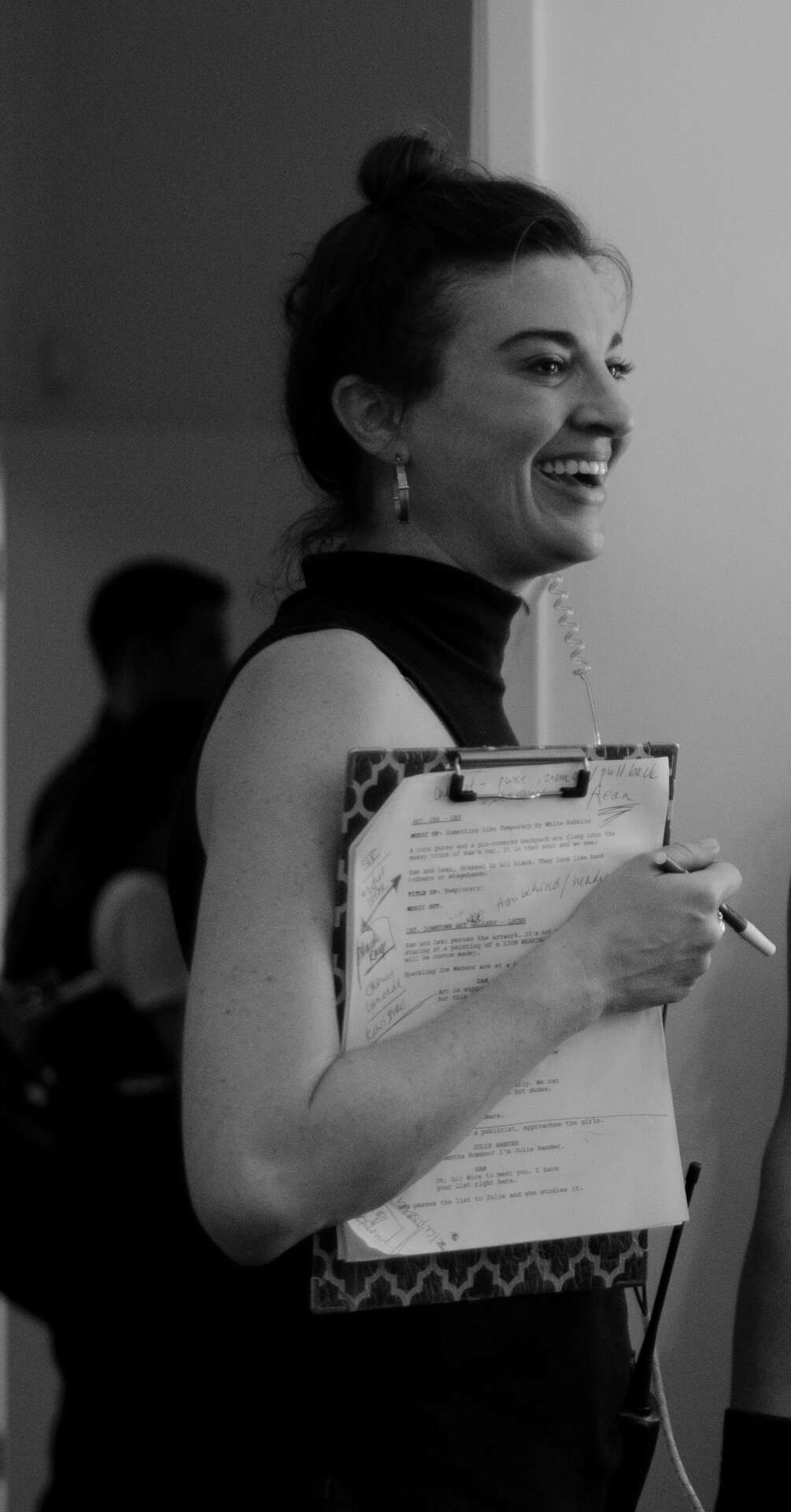 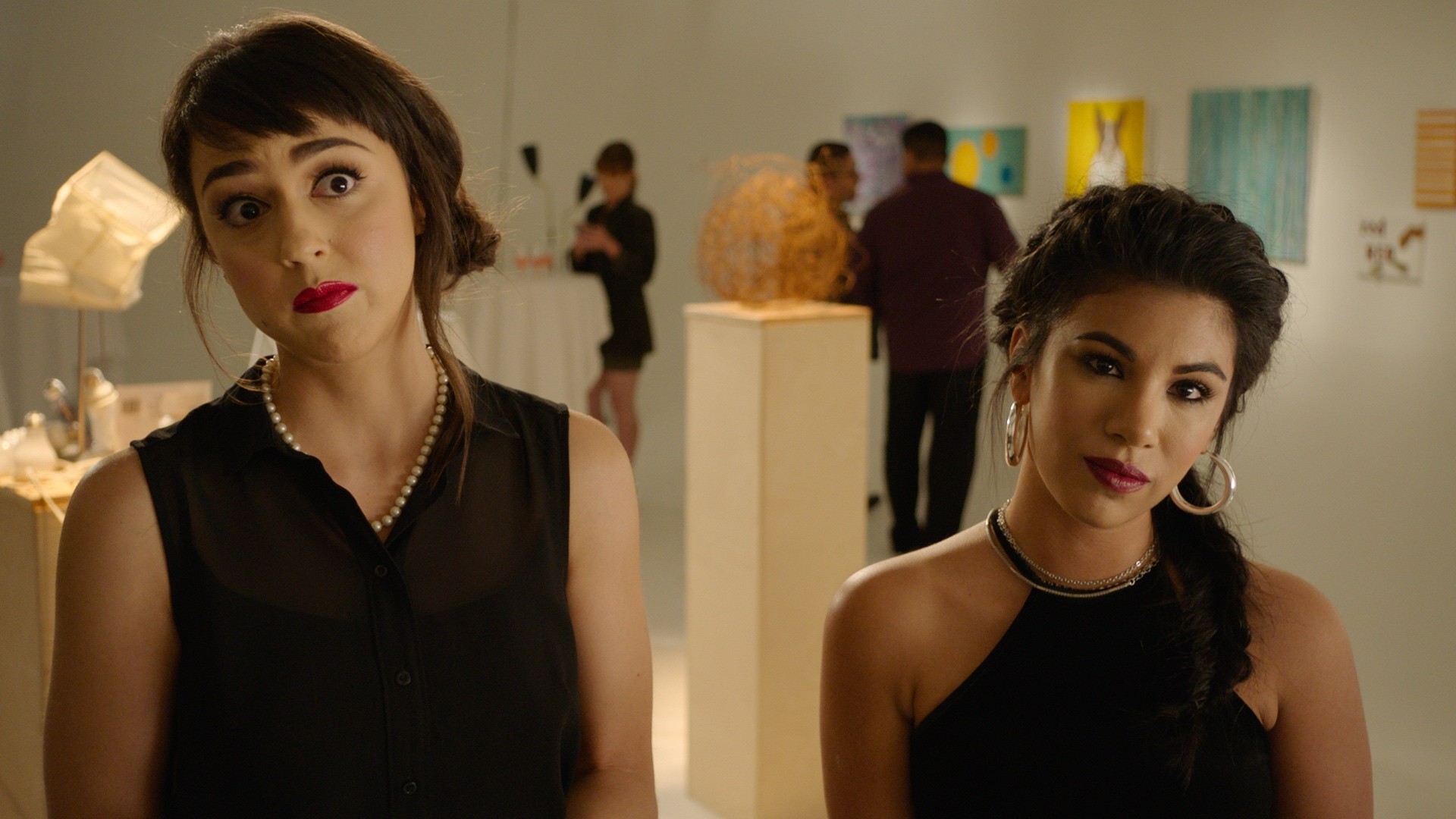 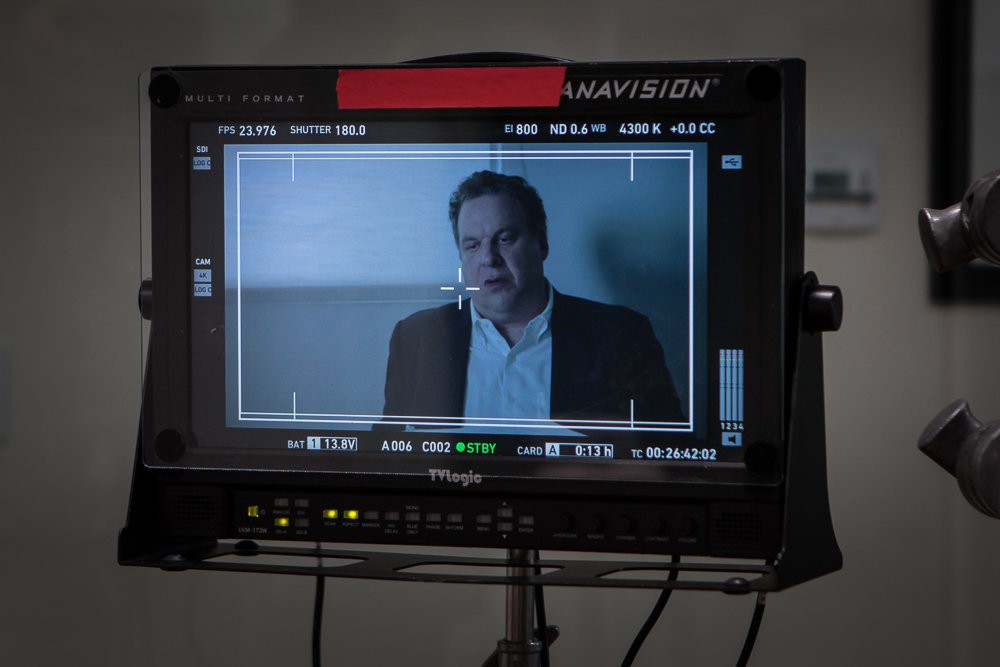 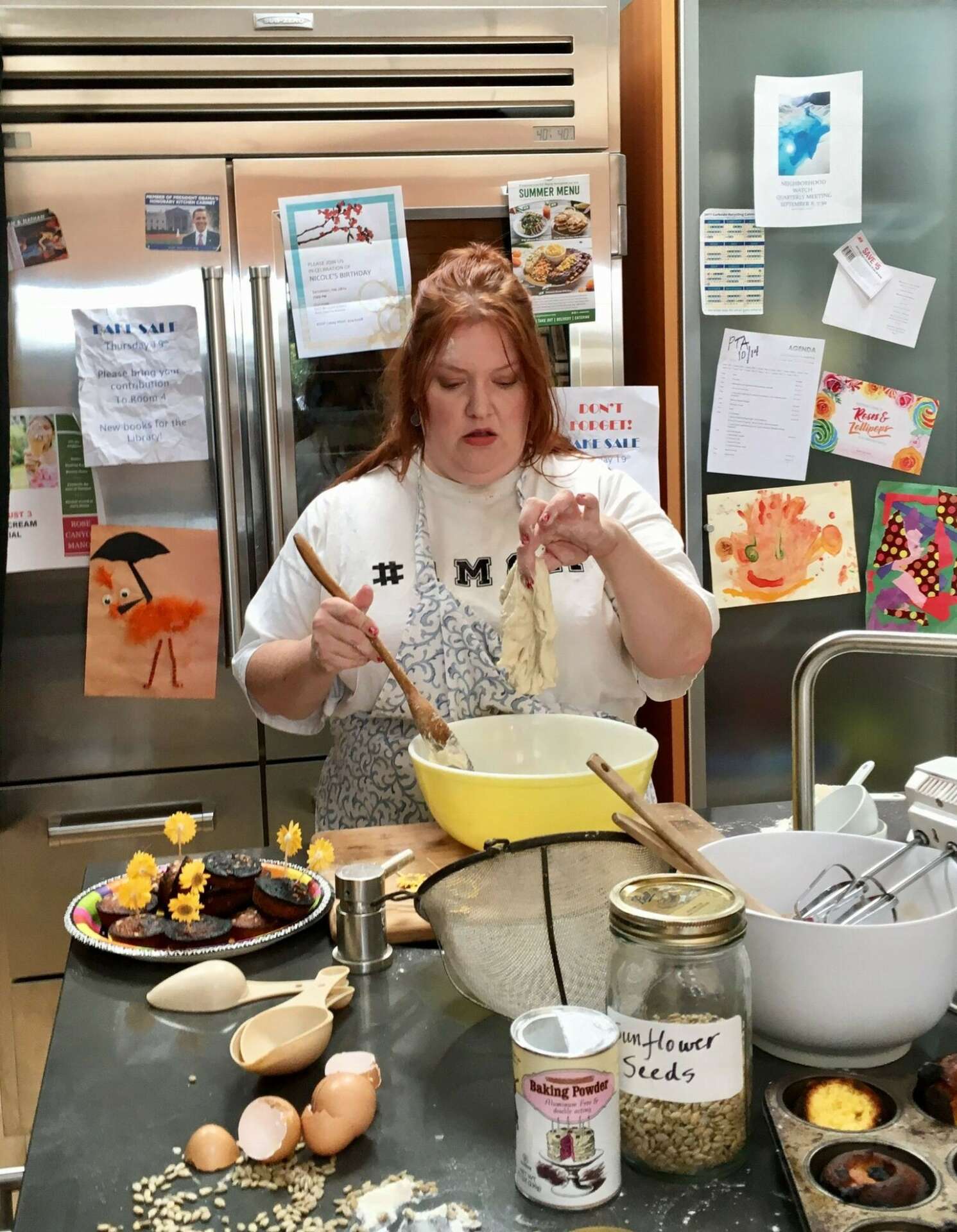 In your view what can society best do to support artists, creatives, and a thriving ecosystem?

Pay artists what they tell you something costs. Would you ever go into a grocery store and say, “You’re so amazing at sourcing and stocking fresh and unique foods, can’t I just pay you 25% or maybe get it for free”?

Don’t ask for favors because someone is creative and good at something. Being talented at work isn’t necessarily analogous to the work being easy. And as artists it can be challenging to put a price tag on things, so we tend to yield and compromise, hoping the “opportunity” pays off if we’re not getting an actual paycheck. But that’s ridiculous.

Who didn’t get through multiple lockdowns and pandemic mandates without watching or binging films, television, and streaming shows? Without music or books? And whose life isn’t enriched and enhanced in even the best of times by art? In the absence of family, friends, outings and rituals, artists provided beauty, hope, relief, entertainment, escape and so much more and that’s special.

That said, I accept cash, check, and Venmo…