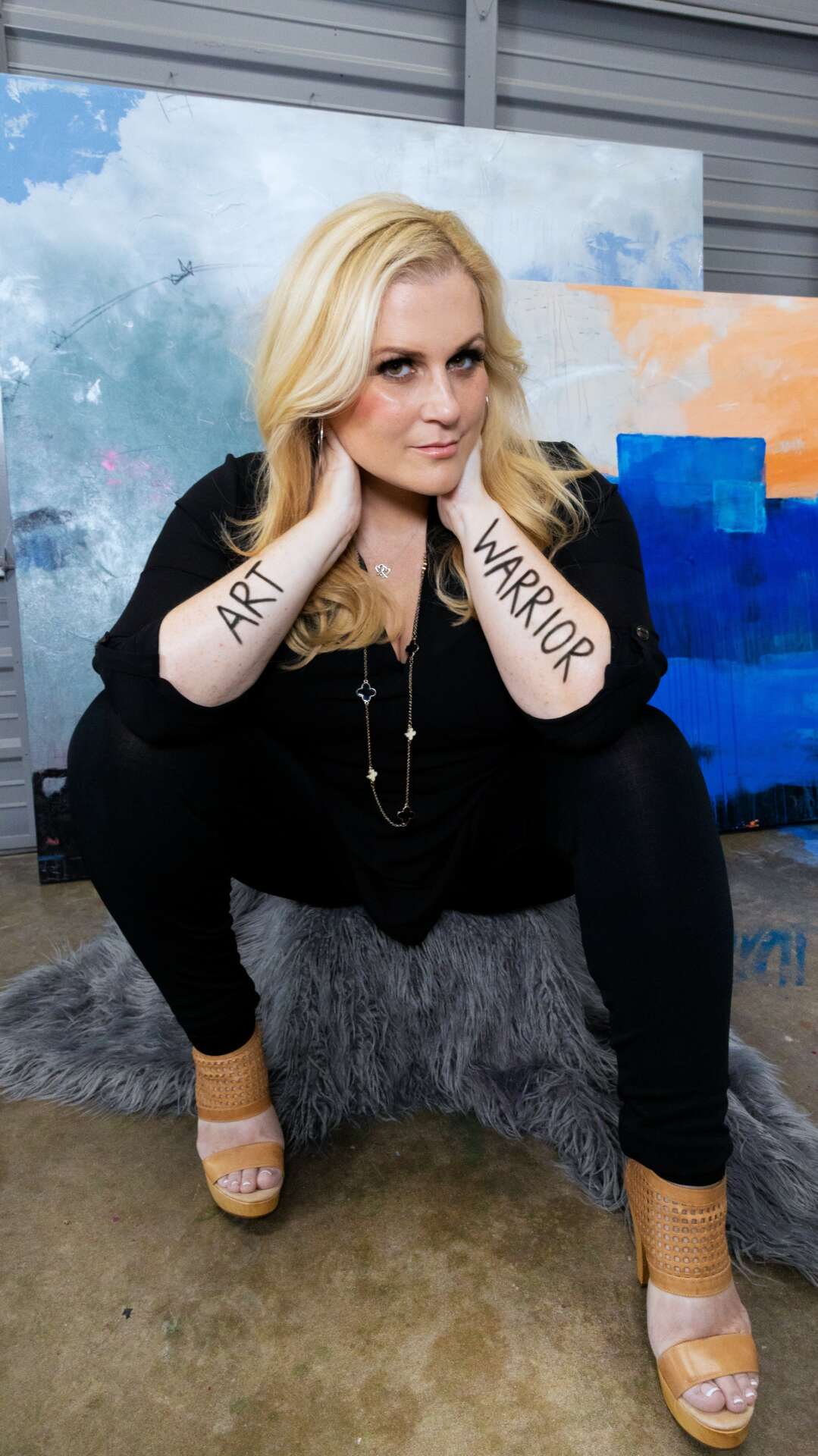 We were lucky to catch up with Julie Ahmad recently and have shared our conversation below.

Julie, looking forward to hearing all of your stories today. What’s the best or worst investment you’ve made (either in terms of time or money)? (Note, these responses are only intended as entertainment and shouldn’t be construed as investment advice)

The largest investment that I have made financially was taking on a commercial lease and funding an out of pocket renovation to create my studio space without any partners or studio-mates. I had originally rented a space from another artist within the community and then waited an entire year for another unit to eventually open up for myself. I did this in order to gain credibility and to be first in line once something opened up. Due to an ultra competitive market in Austin, I snatched the first space available without having even seen it. Little did I know that the space was in desperate need of renovation. The first time I opened the door, I legitimately sat on the floor in disbelief at the state of the interior and cried. I repeatedly asked myself ‘how will I be able to work in a space like this?’ and was just unbelievably overwhelmed.

Knowing that it was only on a 2 year lease and that I did not own the property, I ran the risk of potentially not being renewed after pouring thousands of dollars into this renovation. With all of the stress revolving around this subject, my daughter overheard our conversations regarding the renovations and to comfort me she said “Mama, I see it, I like it, I want it, I got it” from the song ‘7 Rings’ by Ariana Grande. We began singing those lyrics emphatically together and then the inspiring flame inside of me ignited. I knew what to do from there: I took out a loan and I proceeded with a full renovation plan and decided to not look back. 3 and a half years later, I am here, I am still going and am about to purchase a commercial van for my business for art transportation and delivery. 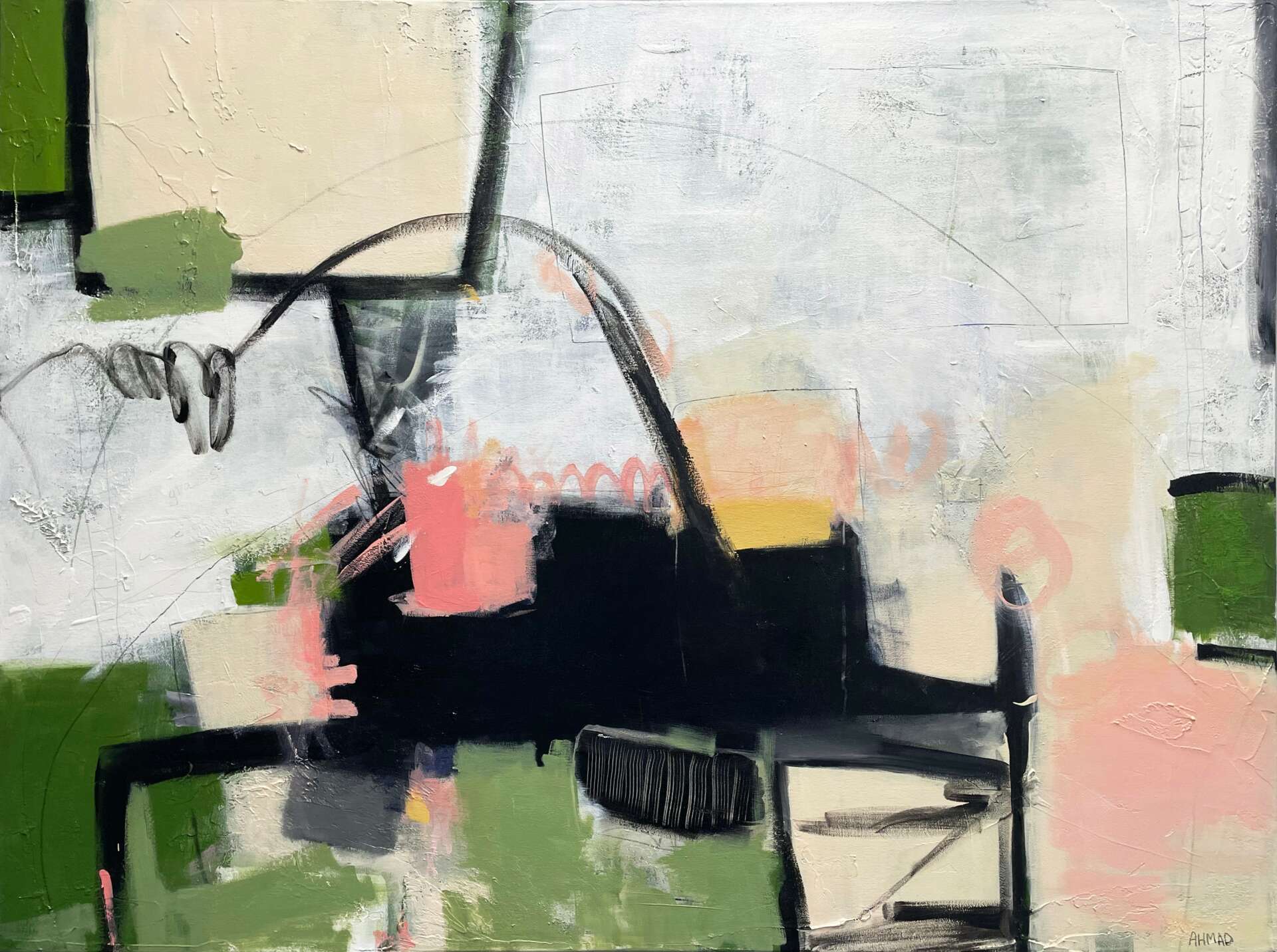 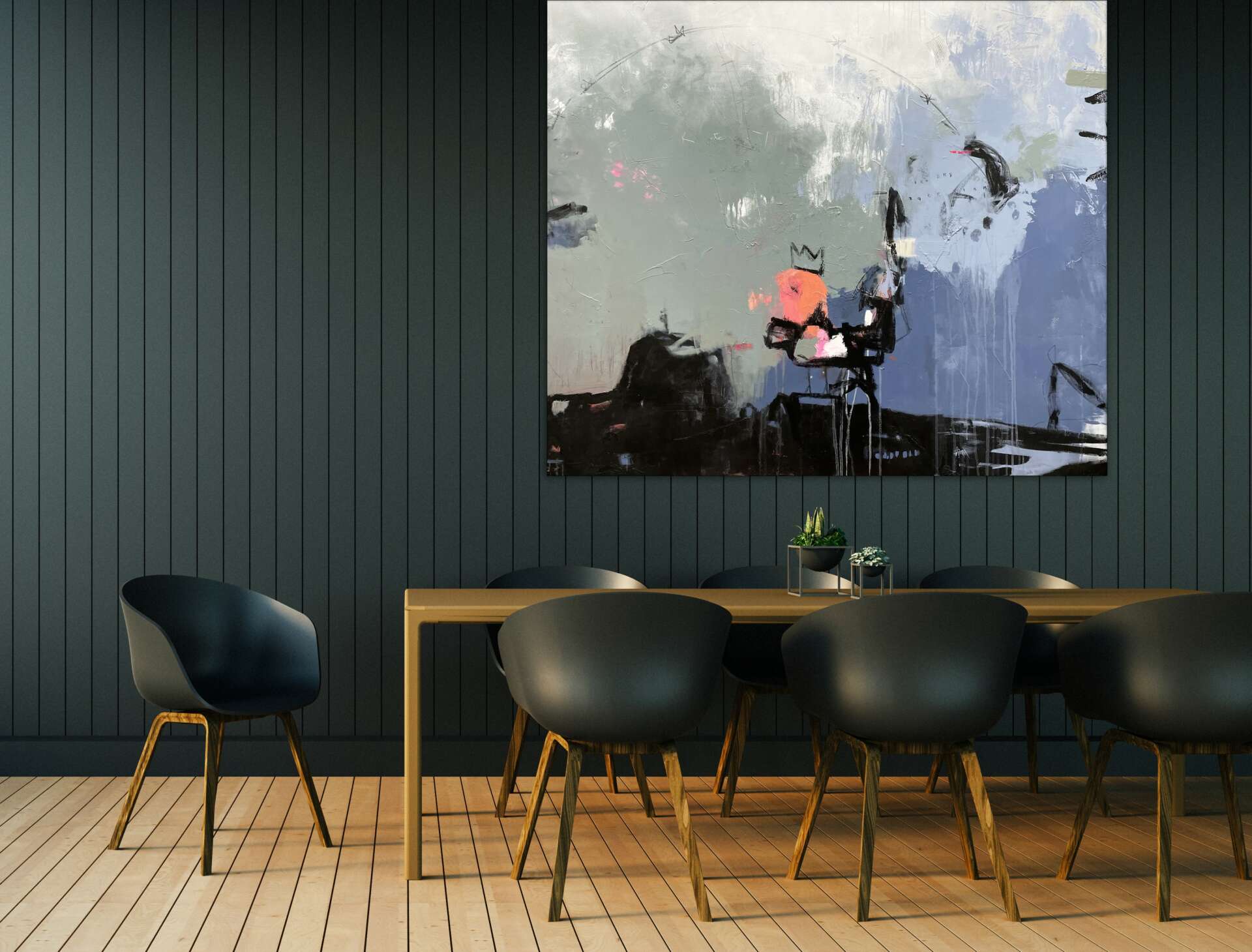 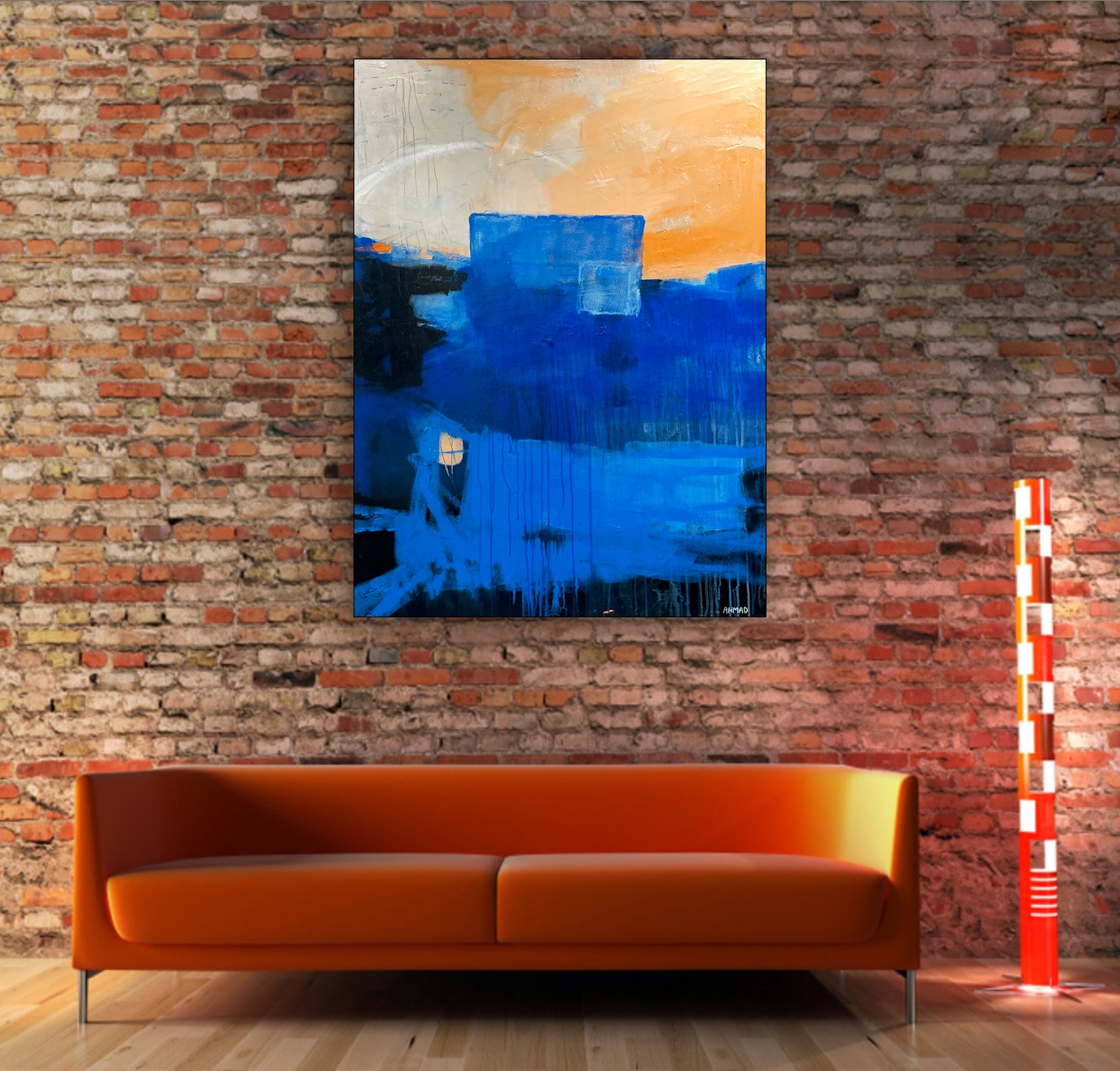 I am an Austin-based Feminist Abstract artist who paints from intuition and a rooted sense of responsibility for social awareness by utilizing symbolism, color and expressive techniques.
I recently created a collection rooted in the empowerment of women titled ‘Mantra Series.’ This is to embrace the layered and complex essence of being a woman along with acknowledging the constant struggles that we endure daily. In each painting, there are symbols and affirmations of growth, perseverance, and appreciation for all women. My personal experience as a mother of two, a wife, and an artist influenced me to tackle this collection to serve women justice in representing their undeniable strength. There is a constant uphill battle for women in society and I wanted to enforce the truth that women are warriors and are not given enough credit for the value of our contributions.

After living almost a decade in New York City working in the fashion industry, texture and color come second nature to me; the cross over to fine art was natural. The city is where my taste and style was molded. I love bringing that cosmopolitan energy into my work and sharing it with the world.
​
I have both international as well as domestic licensing contracts with prominent wall decor companies and am a permanent resident at Austin Art Garage. My work has been shown at SoCo Modern Gallery, Women and Their Work, West Elm Austin, and both EAST & WEST Austin Studio Tours. Additionally, I have been fortunate enough to have my artwork grace the cover of the ‘Private Client Magazine’ which also includes a 2-page spread. One of my biggest honors was to speak on behalf of Sevy Marie in Magnolia Network’s latest documentary “Hi I’m Sevy” which is a part of their “Hi I’m ____” series on Discovery Plus.
​
I’ve been commissioned to create one-of-a-kind pieces for several collectors around the world and I cannot express enough how gratifying it is when a piece of your art (soul) is welcomed into someone’s home. It is an honor that is not taken for granted.

The process of remodeling my studio space proved to not only come with the aches and pains of what a renovation process comes with, but also with an abusive relationship imposed by my general contractor. I was fully involved in the process in order to save money and time and to keep the project moving. I ordered the necessary materials and supplies directed by the GC, however he would gaslight me by saying I ordered the wrong products even though he told me exactly what I needed to purchase via text messages. In this, he would use the lack of proper supplies as an excuse to not send the crew to work that day. He attempted to swindle more money out of the project than what was actually needed; I stood my ground and refused to pay even a dime more than what was initially agreed upon. This resulted in numerous threats and in him leaving the project unfinished.

I was lucky enough to run into his crew at Home Depot where I discovered that they had all left the GC due to his abusive behavior with both his crew and clients. I then proceeded to continue working with this crew which ended up lasting only one day… Their newly elected GC who was an original crew member ended up being worse than the initial. At this point, I was almost out of money and still needed several things to be completed in order to get my art business up and running again. I, at the time, was paying double rent as I was still technically a tenant at the other unit.

Out of this entire fiasco arose my ‘white-knight’, or so I thought… One of the crew members chose to stick through the rest of the project with me. He felt like a father-figure in that he confidently took the renovation under his wing in order to do justice on the job. However, on the very last day of us finishing the renovation he put his hands on me unwarranted by coming up on me from behind.

I could not believe, at that moment, that I was being sexually assaulted on top of everything else. As the business owner, being in the position of power, I never expected to be treated with such little respect. I had assumed that it was the female subordinate that was at risk of being manipulated with sexual advances in order to keep or advance in her job. No matter how far I came, I was still objectified and belittled. That was a big wake up call for me and I knew that this experience would define how I moved forward in my life and in my art: to persevere and speak up about the mistreatment that women experience on a daily basis. 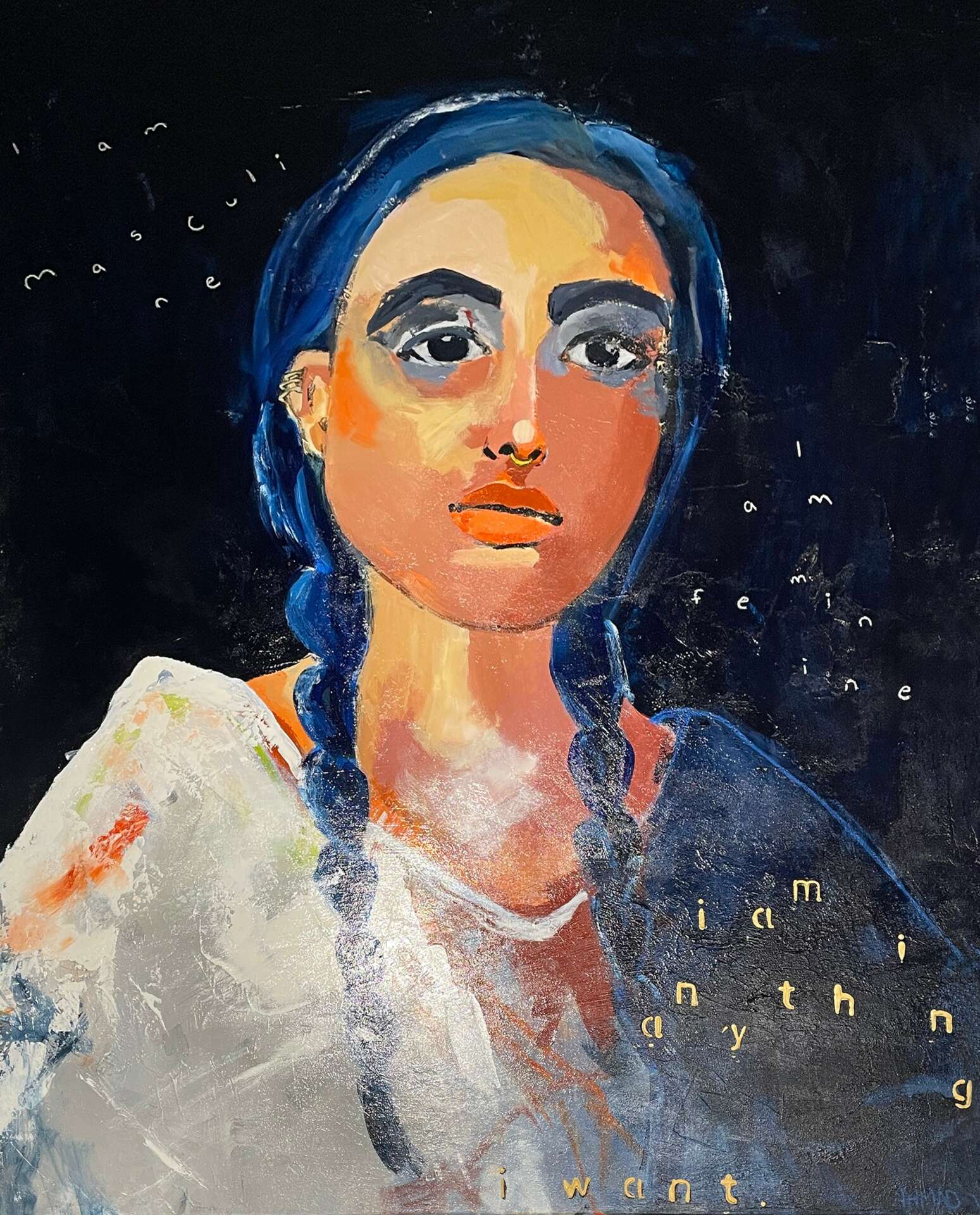 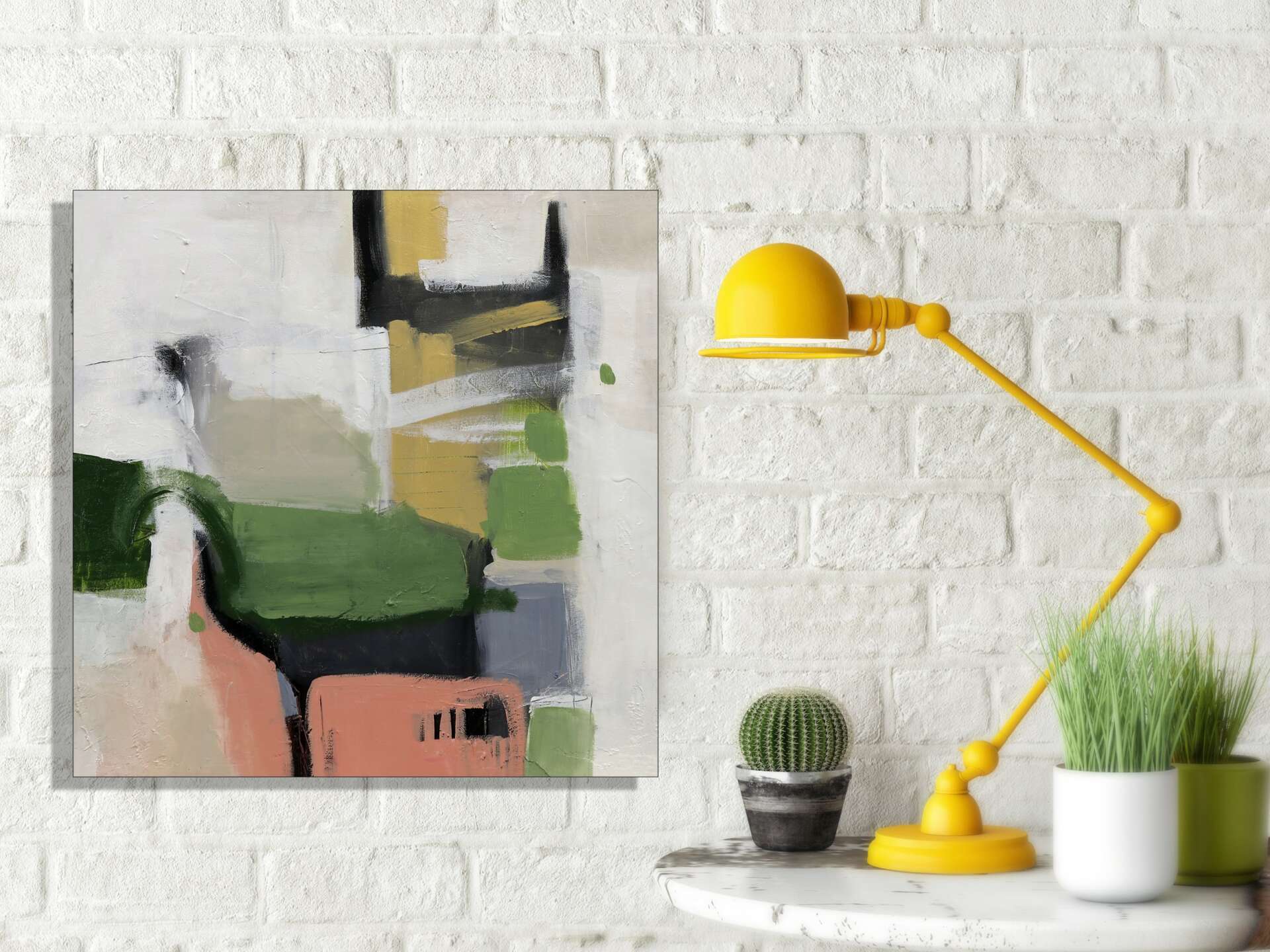 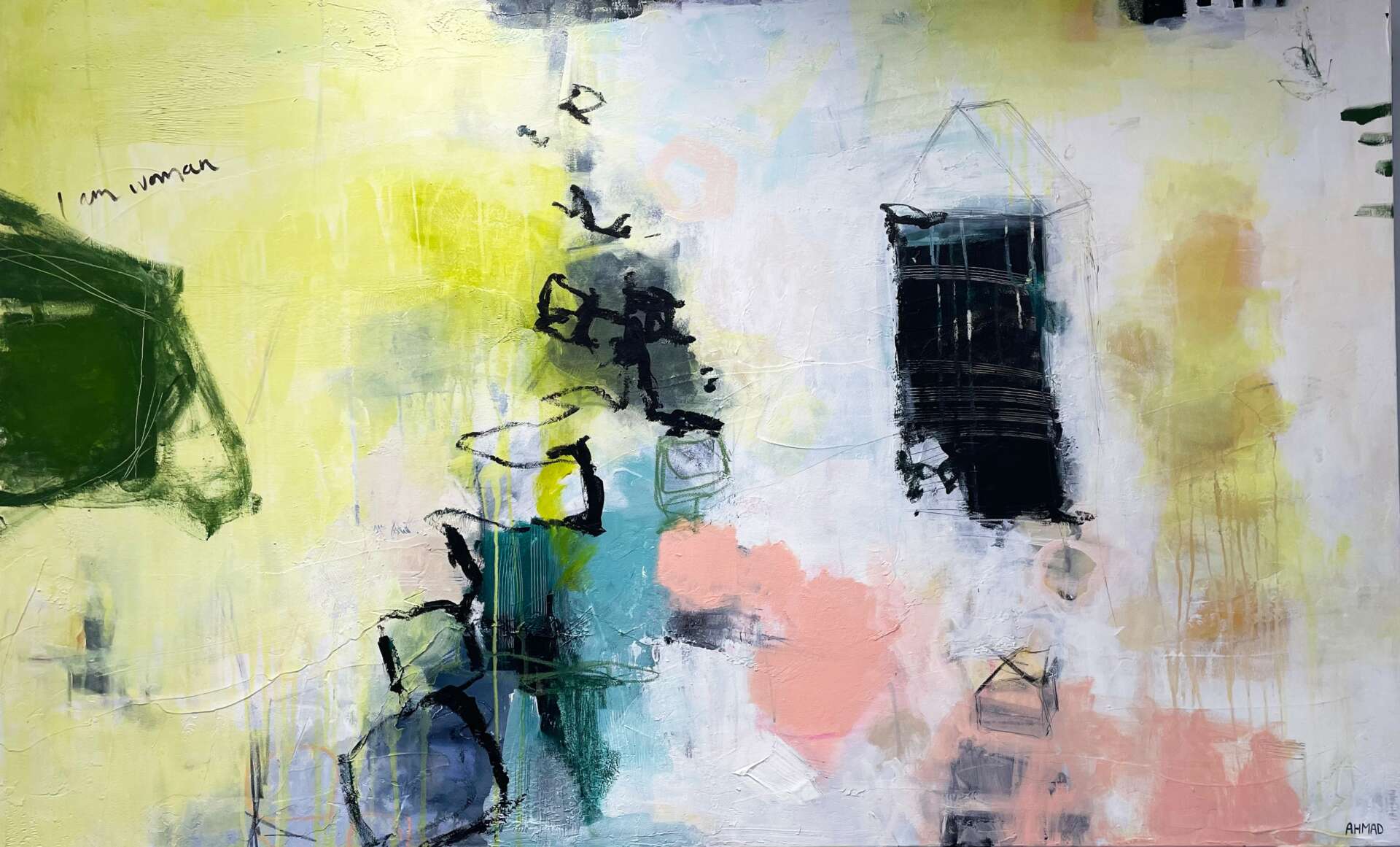 I want to succeed as a creative business woman and prove to myself that I have achieved what I set out to do, which is to build a business that is lucrative and to be respected in my industry as an artist. When you take a risk and put yourself out there, you want to come back and say “I did it” or “I made it.”

Each time I hear, in response to my profession, “oh, that’s nice but your husband pays the bills, right?… How nice it must be to have him provide that life for you” it makes me feel as if all of my hard work is completely discredited. I still feel the sting of being referred to as only ‘the wife of’ or being told “well someone has to make the money, you just can’t always be spending it” in a condescending 1950’s tone. I am so over it. I know I work hard. I know my value. I know what I provide for my family.

Even if I never sell another painting, I at least know that I am leaving a full legacy for my children and my children’s children to know that they came from a strong, passionate woman who relentlessly spoke her truth.