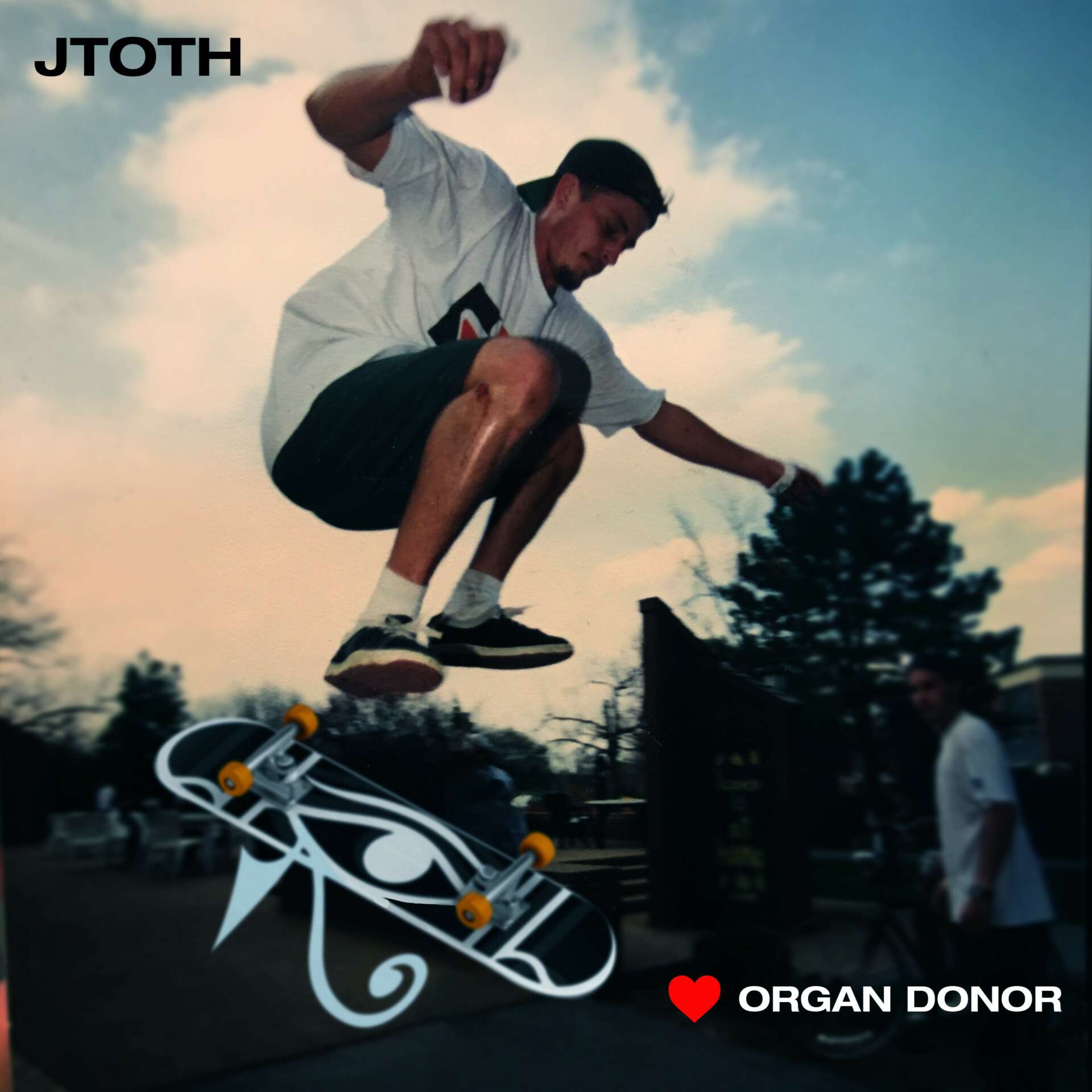 We’re excited to introduce you to the always interesting and insightful Jonathan Getzschman. We hope you’ll enjoy our conversation with Jonathan below.

Jonathan, thanks for joining us, excited to have you contributing your stories and insights. So let’s jump to your mission – what’s the backstory behind how you developed the mission that drives your brand?

Our mission with We Cooler LLC is the creation of a billion dollar enterprise investing in fun. We buy houses and reinvent them with joy in mind. Living rooms are converted into sound studios for recording music. Backyards become skateparks based upon topography or lay of the land. Underground tunnels between properties make for new worlds of hide-and-seek, tag, dodgeball or all of the above. Bridges connecting buildings, storage tanks welded together (loft-style) and drainage ditches for water runoff (all skatable) are part of our next blueprint. We unite communities through fun – physically, spiritually and emotionally. Since money is no object, we experiment with more fun than is fiscally feasible. We draw an idea, flush it out, finalize it and cash comes from everywhere to implement it. The law of abundance rules our company. We work with only love. Our business flourishes due to the nature of our business. It’s all good. It’s all love. It’s all fun.

Respect each other.
Play nice together.
Have a blast. 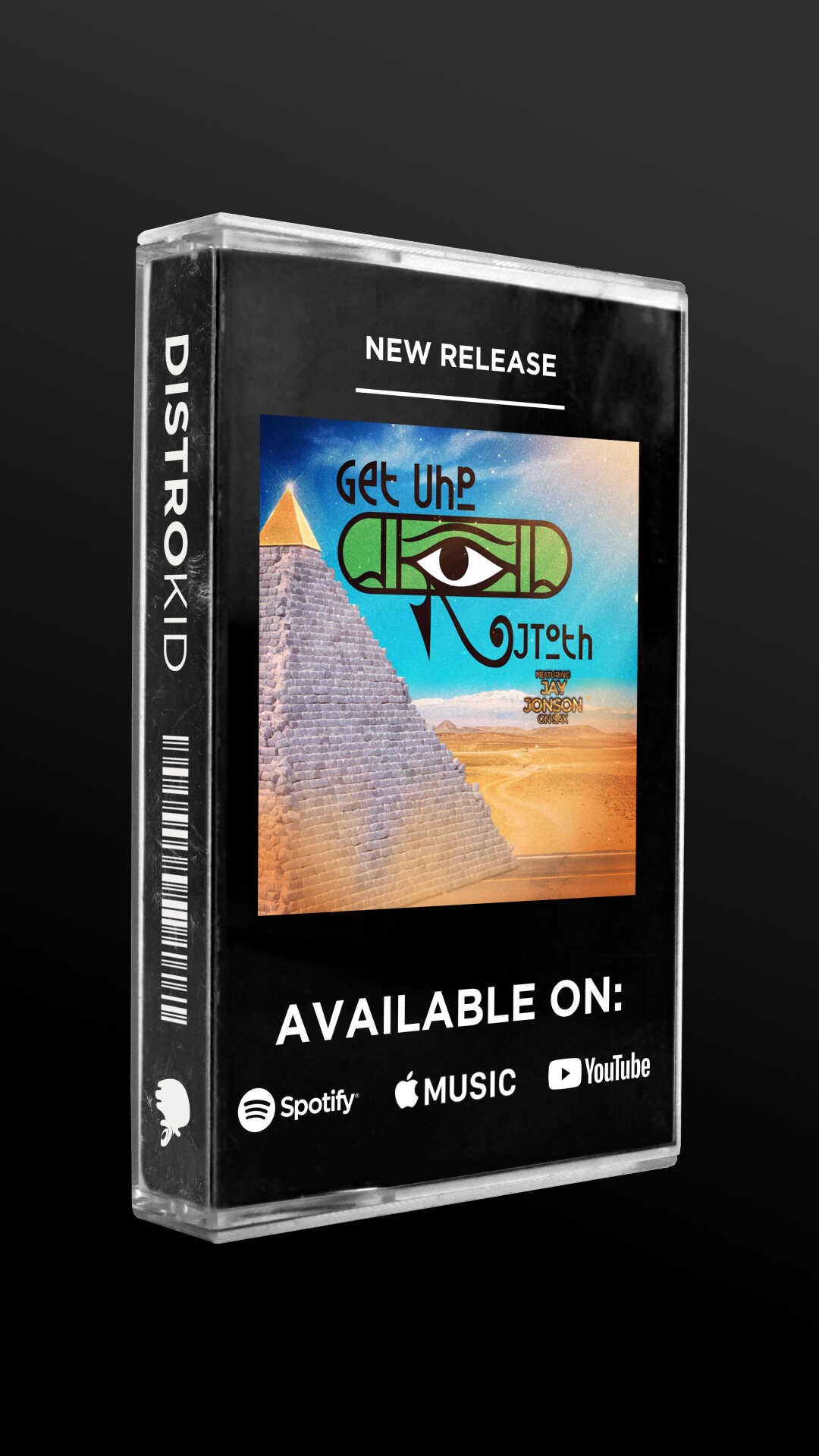 Jonathan, love having you share your insights with us. Before we ask you more questions, maybe you can take a moment to introduce yourself to our readers who might have missed our earlier conversations?

1980 – My first memories of building revolve around Legos. Of course there were Tinker Toys and Lincoln Logs, Star Wars and G.I.Joe figures, but Legos hold a special place in my heart. Between birthdays and Christmases my brothers and I acquired 20 or 30 sets amounting to about 2000 pieces. We constructed forts, castles and space stations and eventually combined them together for collective skyscrapers or neighborhoods we designed ourselves. There were infinite options, we could manipulate these blocks into anything.

I was fortunate enough to have parents who ran their own businesses and cared creatively. They enrolled us in Montessori preschool and kindergarten. The space our teachers gave us for evolving was tantamount to our intellectual development in art and commerce. We learned reading, writing, painting, classical music, ceramics and more before first grade. I am grateful for those nurturing leaders who do their jobs well.

1985 – Saw Back to the Future. I’m sure I’d heard about skateboarding by ten years old, but watching Marty McFly set the memory in concrete. He piggybacked off cars. He powned Biff on a modified version off a kid’s scooter from 1955. He won the movie riding a skateboard. Every time I watched, I studied his moves occasionally thinking, I can do that. I could definitely do that. He’s not even that good. I wanted one, but I didn’t have the balls to ask Mom and Dad yet. It took a few years of troubleshooting to figure out how to become a skateboarder. There is no manual, and most skaters back then were pricks. Videos helped. Thrasher magazine was their bible.
I was fortunate enough to have parents who disliked skateboarding and considered it a nuisance. They forced us to play sports, so skating had to happen on our own time by our own dime. Then several states (California included) banned it altogether. As a child it was peculiar to witness adults judge us so harshly. Skateboarding is radical. There is more athletic potential in riding this plank of wood than playing any known sport. Why would they outlaw my favorite exercise? The urge to “fight the power” came early for us.

1990 – In grade school, my parents put us in theater. We performed in operas, musicals, plays, a movie and lots of advertisements on tv/radio. By high school, I was sick of campy show tunes. The first time I heard rap was in the mid to late 80s. It was interesting, but when gangsta rap began to flourish, I got addicted. This was the kind of music I loved. I memorized all my favorites and became a walking dictionary of hip hip songs. New music Tuesdays became my favorite day to comb through the latest releases at Sam Goody or Vintage Vinyl. When Dr. Dre’s The Chronic came out with little to no promotion after he left NWA, I found it at Musicland in Chesterfield mall. In college I maintained a library of thousands of cds, tapes and records as a fan. My senior thesis was a fifty-five page paper on the history of hip hop.
I was fortunate enough to have parents who loathed rap. Compared to what they raised me with, this was not music to their ears. When the government attempted to cull hip hop artists in a nationwide smear campaign, it made the genre even more appealing. The most difficult task (aside from figuring out how to write and record my own music) was answering one simple question – who am I? It took years of copying Cypress Hill, Notorious B.I.G. and Jay Dilla until I was comfortable enough with my flat, midwest accent and weird thought process to just be me.

2000 – After a decade of talking about starting a record label (or even recording a single track), I finally got the nerve to begin one song at a time. I released my first album in 2002 on The Frozen Food Section – Brainwashing: the Art of Hiphopera. At the time Nelly was “hot in here”, so in response, I decided my contribution would be cold as hell. The years flew by while in creative consortium with artists I met from St. Louis and Chicago. I went on to release vinyl records and even cut a single entitled Ghostwhirl with my favorite rapper of all time, MF DOOM. I made it my goal to work on music everyday for the rest of my life, at one point writing/recording an album a month. Once I got in the rhythm of discovering who I was, and the possibilities seemed endless.
I was fortunate enough to have parents who loved me regardless of how far out of their comfort zone I meandered. Every challenge became an anecdote to write about and conquer. Every double entendre or metaphor I happened upon looked an awe full lot like divine intervention. I found tranquility and inspiration by opening up to the universe for new ideas. As long as I kept my focus, it was endless. I learned this applies to everything in life. Not a Nike fan, but “just do it” is the truth of our human experience. Don’t let controlling narratives control you. Don’t make excuses. Don’t give up. Just fucking do it.

I had to unlearn that money is bad. As a skateboarder, you tend to ignore money as anything more than a means to an end. That is, until you grow up. I fought against it like Peter Pan. Money is “the root of all evil,” right? So, yeah. I didn’t need to waste my time chasing the dollar like everyone else. I just needed my board, and I could get that for free, if I got sponsored.

[fast forward to being a dad]

Yeah, so I didn’t get sponsored, and now I need to make money. For some of us work is the tonic of life, and we feel way better about ourselves if we accomplish daily goals. Turns out money is freedom. Wealth is just an expression of your energy. Coin is vibrational currency. Some use it for good, some use it for bad, but EVERYONE uses it. After several deep philosophical dives with my soulmate, I became aligned with the concept of wealth as a reflection of one’s own integrity. Instead of viewing bills or responsibilities as a form of slavery, I noticed how accomplished I felt after figuring out how to manage it all. It was actually pretty easy once I got into the swing of it. Acceptance and flexibility led me towards a gentle evolution into adulthood. Ego death helps. It usually ends your first or second mid-life crisis. 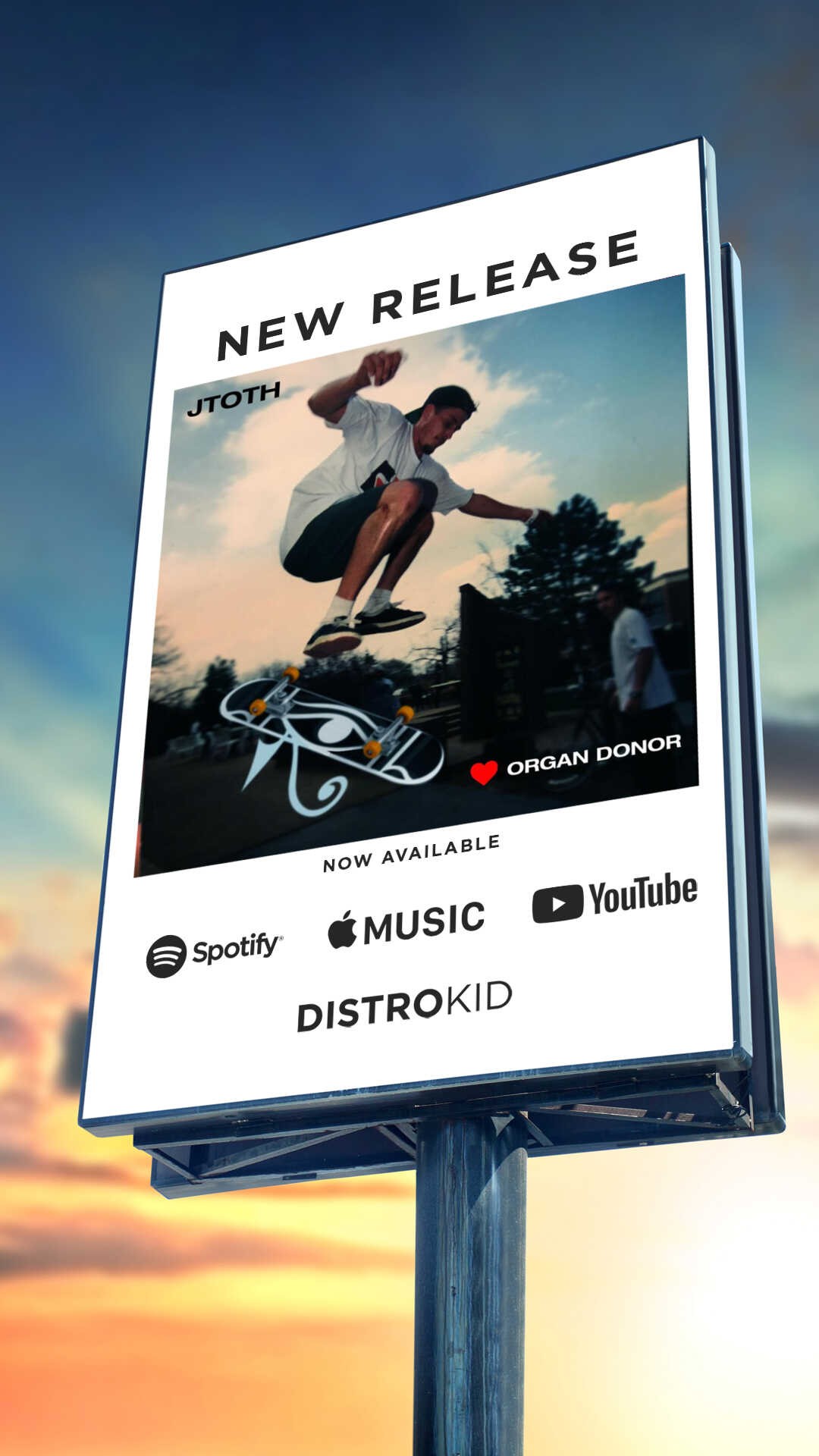 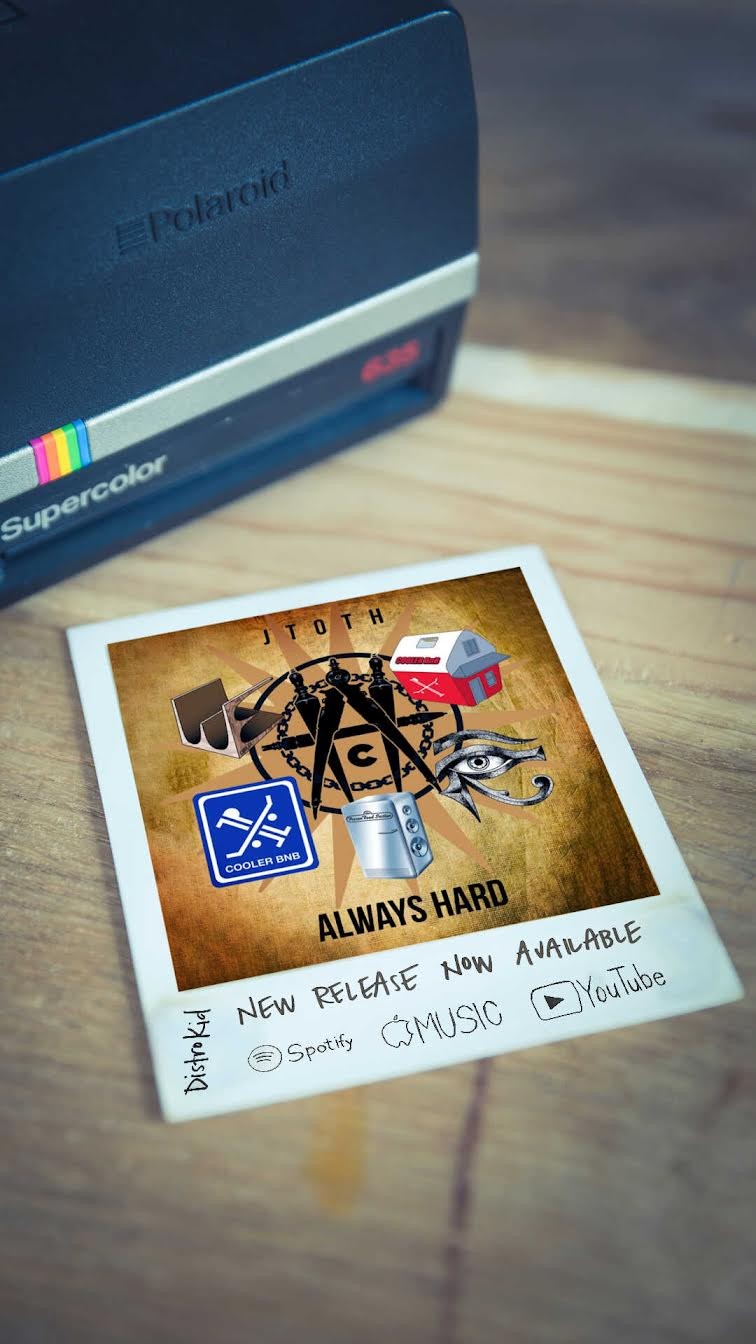 BOOKS: The Alchemist, The Fountainhead, Think and Grow Rich, The Four Agreements, The Celestine Prophecy, Conversations with God, Teachings of Don Juan, Enders Game, Three-Body Problem, The Secret Life of Plants, Mutant Message from Down Under, How to Change Your Mind, Science and Health.