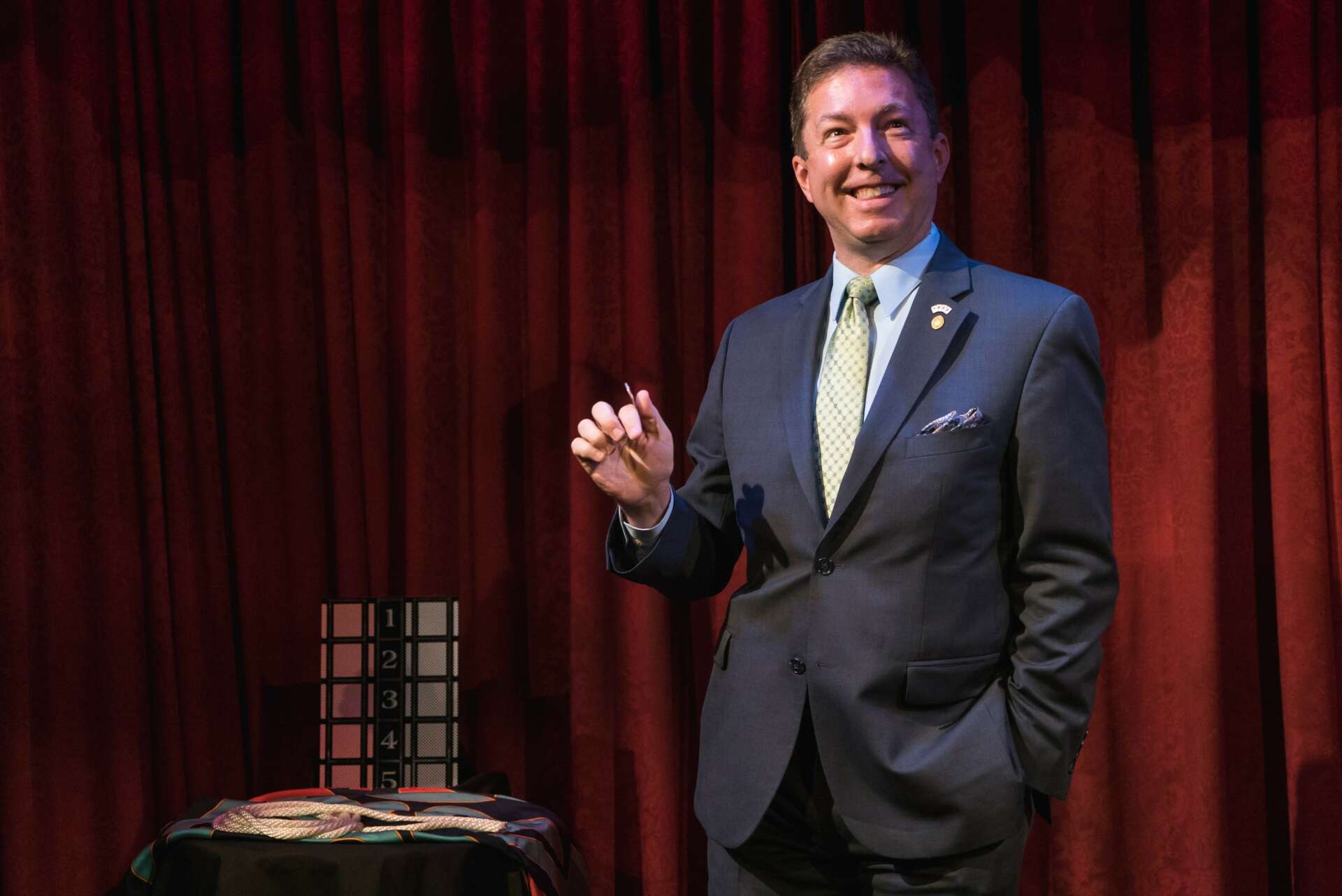 We recently connected with Joe M. Turner and have shared our conversation below.

Joe, appreciate you joining us today. What was the most important lesson/experience you had in a job that has helped you in your creative career?

Prior to my professional speaking and performing I worked in the change management consulting industry. Before that I worked in the musical theatre. I was still active in performing magic and other forms of theatre while I was a consultant, but it was avocationally.

Even as a part time performer, though, I noticed that many solo performers of immense skill did not have the ability to connect with an audience on a level beyond just “doing their thing.” I saw a lot of acts who were absolutely world-class talents during the eight or ten minutes that they were on stage in a variety show, but they often lacked perspective beyond their own spotlight. Their entire focus was about how the environment needed to be “just so” in order for them to deliver their specific skill; they were often mostly unaware of what the overall event needed in order to be successful.

At the consulting firm, the entire methodology was predicated on helping the client to be more successful. Nobody would hire a consultant for the purpose of the consultant’s fulfillment; it was ultimately about what the client needed and the consultant’s expertise in getting there. I had already learned this kind of thinking from my work in musical theatre — the idea of an ensemble show and how all the pieces needed to work together.

I think this is probably the most important lesson from a prior job that has carried through to my work as a speaker and performer now: the success of the conference, or trade show, or banquet, etc. is the most important thing, and part of my job is to adapt as needed to make that a reality. It’s not that the things I need and enjoy as a performer aren’t important or valid, but they come second to the overall experience of the attendees and the success of the event itself. 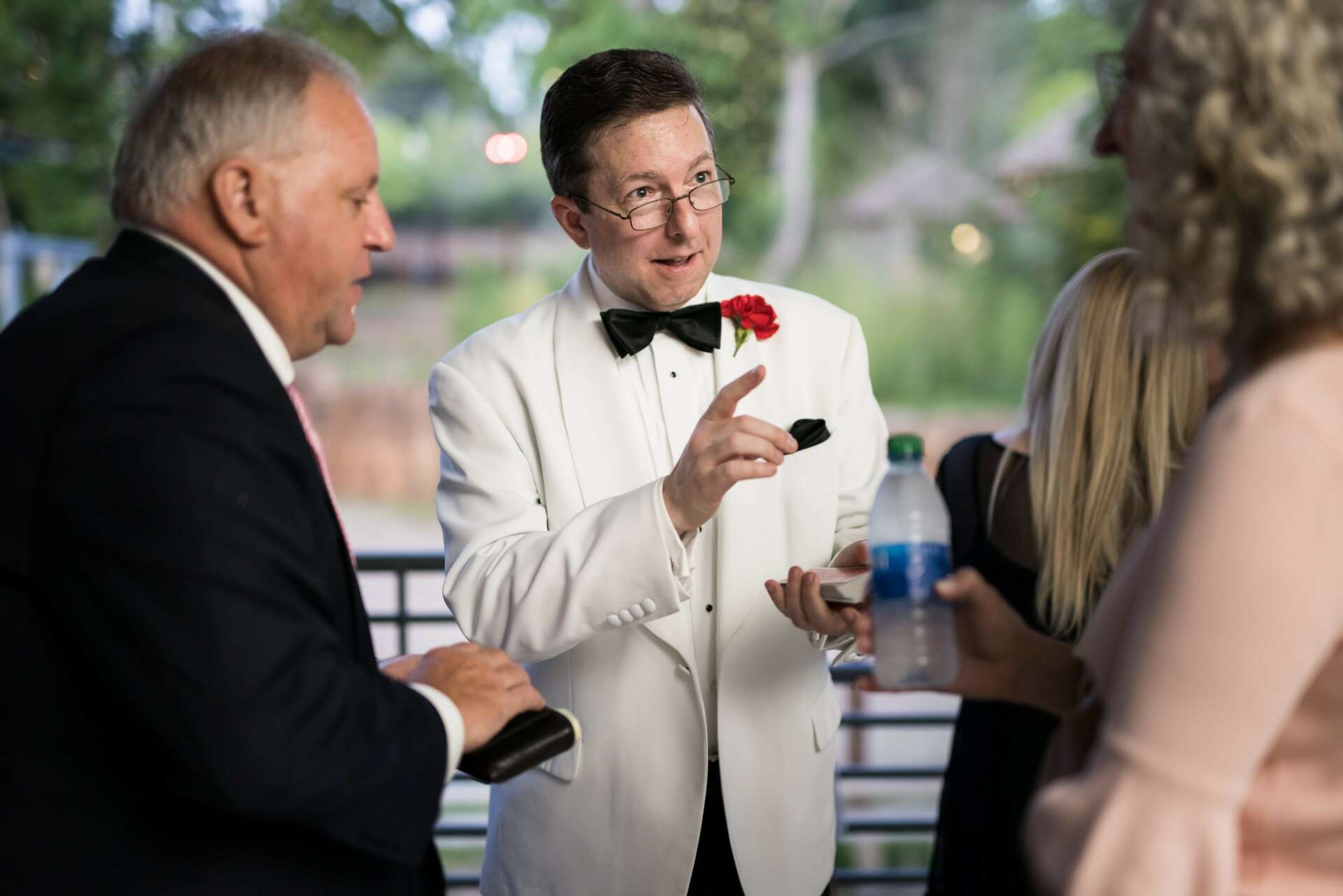 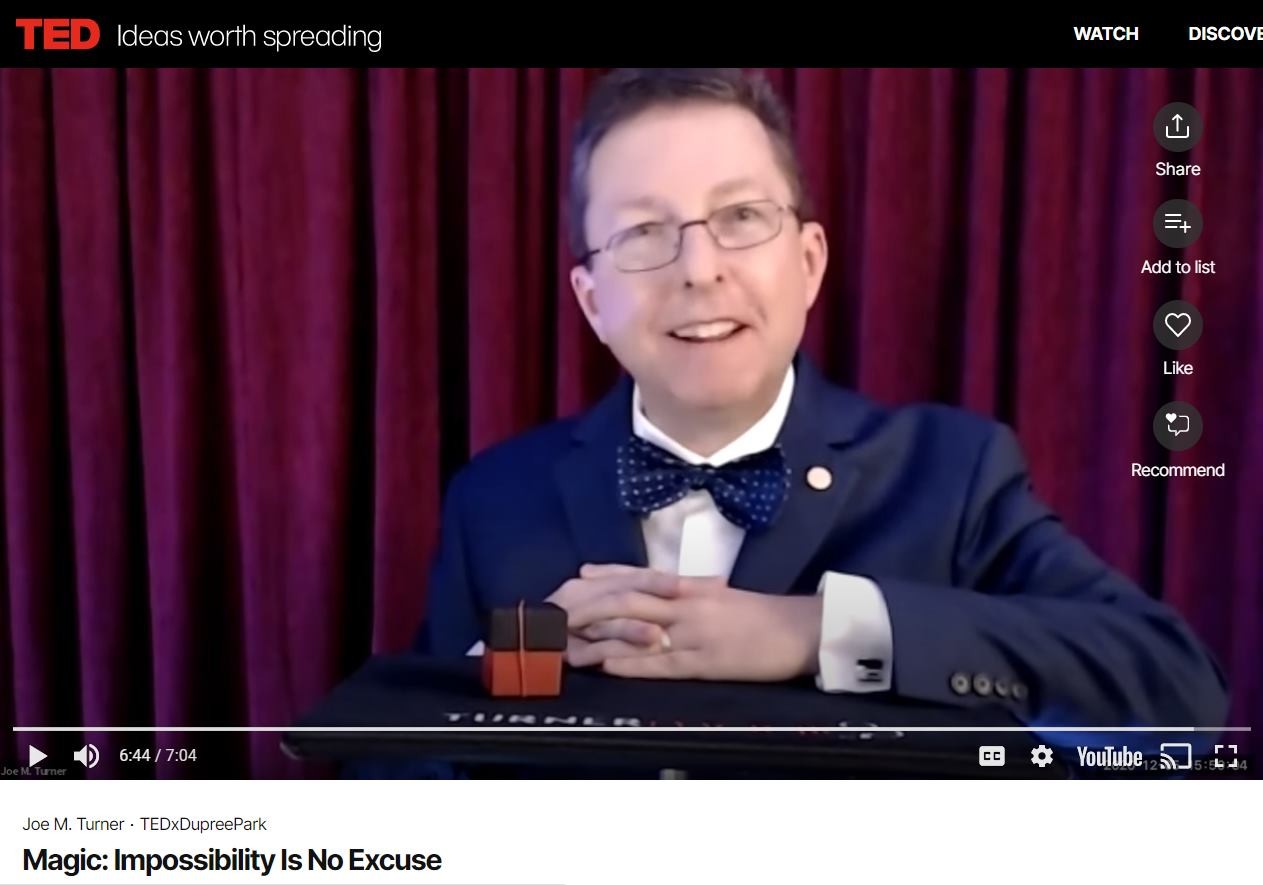 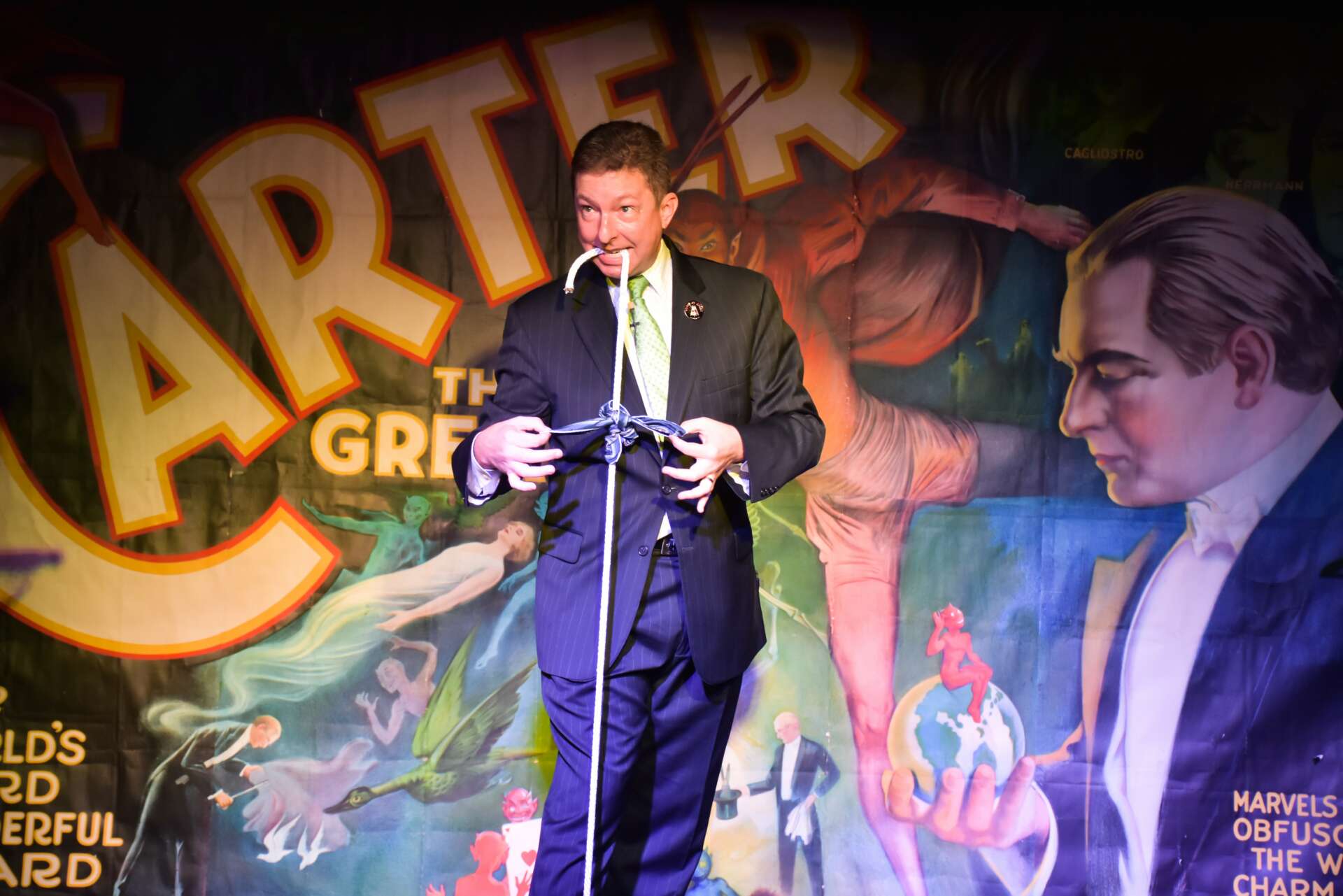 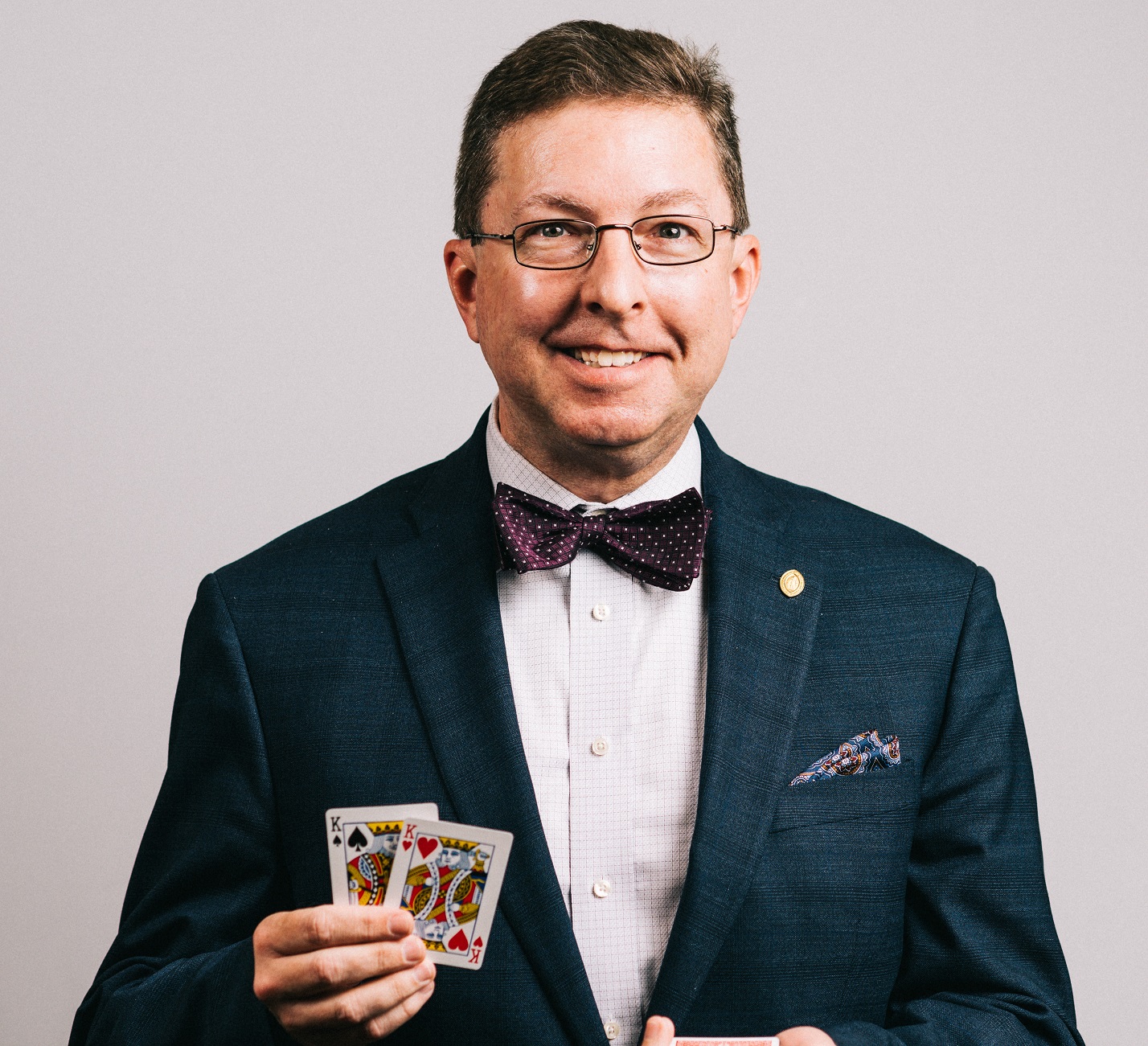 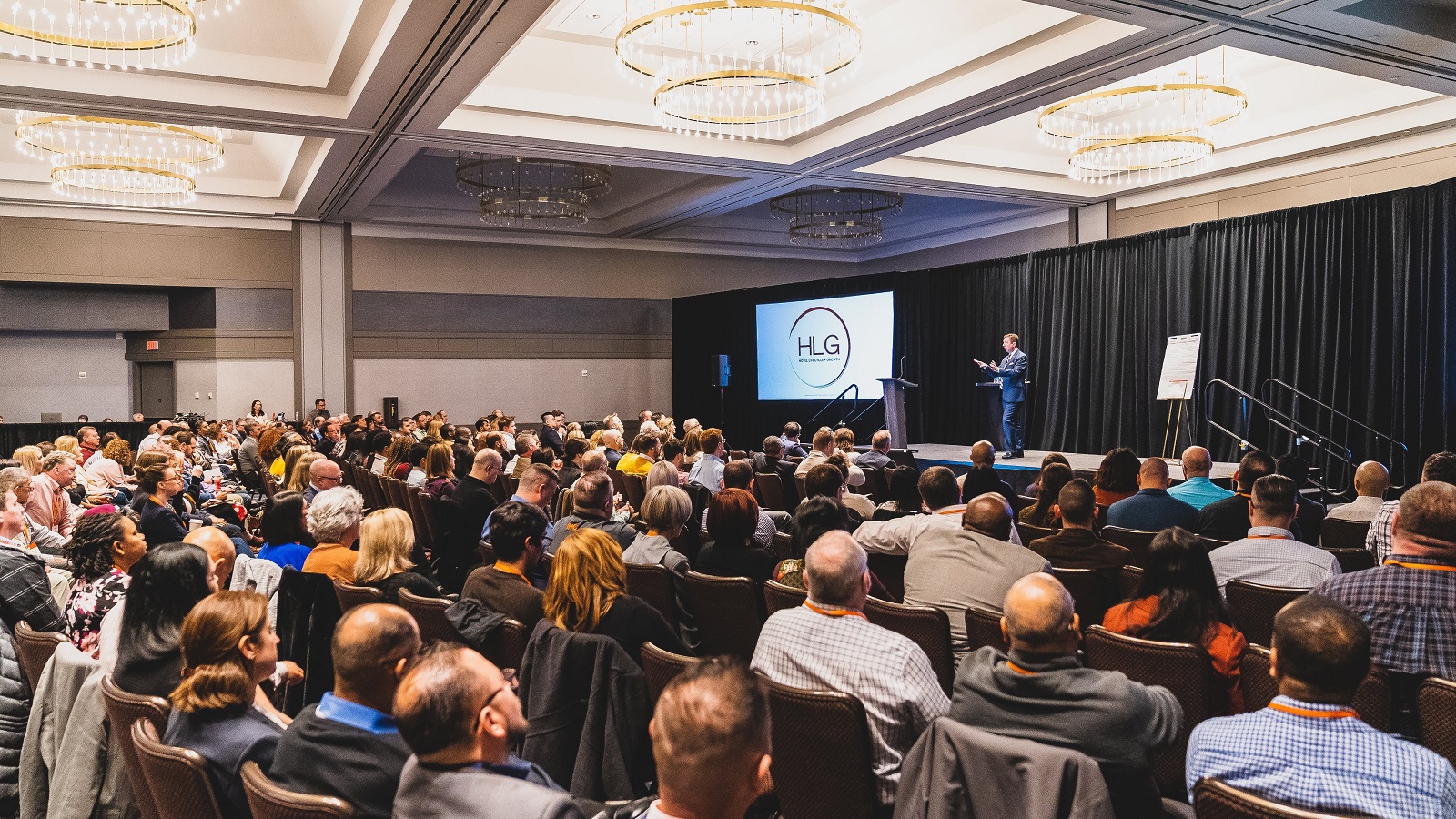 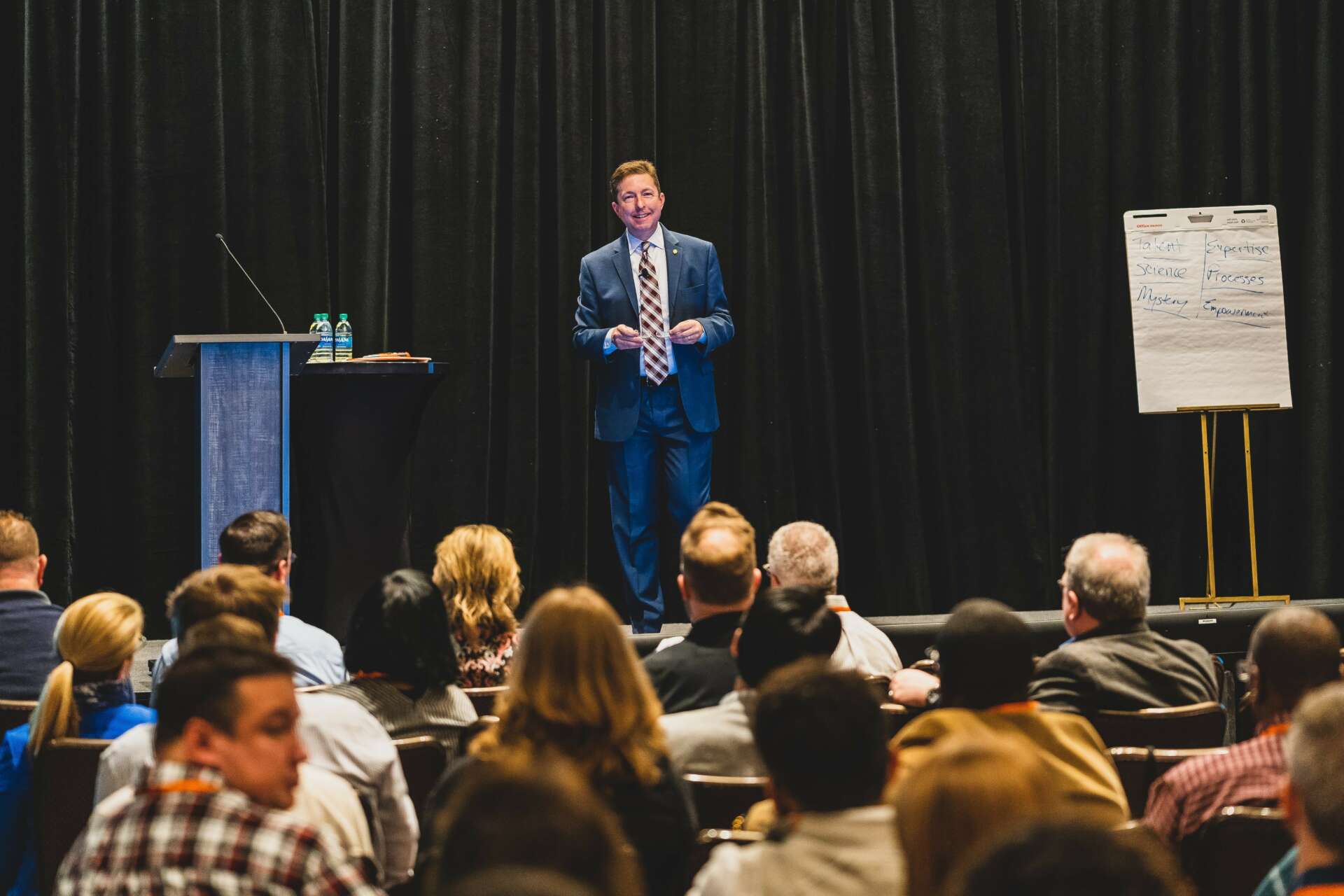 Joe, love having you share your insights with us. Before we ask you more questions, maybe you can take a moment to introduce yourself to our readers who might have missed our earlier conversations?

In college I had every intention of being a physics teacher, but the performing arts (piano, voice, acting, writing/composing, directing) got a firm grip on me and never let go. Even when I accepted a corporate job first thing out of school, I continued to perform.

After six years in management consulting (Andersen Consulting/Accenture) and two years as a Vice President at Bank of America, I was informed that my team in Atlanta was being disbanded and if I wanted to continue with the bank I needed to move to Charlotte. At that time, I was really in a career crisis — I knew this wasn’t the right fit for me, but I wasn’t sure what to do about it.

By this time, the art of magic had come back into my life and bit by bit, it sort of took over. I had started performing at corporate receptions, banquets, and cocktail parties, and so I decided to try to increase my work in this area while I looked for another “day job.”

The magic just started to grow. I started doing magic for product launches and trade shows, using my writing and consulting skills to take marketing messages and integrate them into performances that would get attention at a booth or exhibit. Clients started asking me to use what I did to help them kickoff sales meetings or other conferences, integrating messages into a performance as an entertainer or as an emcee.

Eventually I developed some keynote presentations for organizations that help distill some of what I’ve learned about creating amazing experiences for audiences into nuggets that leaders and managers can apply to the way they do business.

Now I work as a keynote speaker and corporate entertainer in a variety of arenas. I do like to be a kickoff or closing keynoter for association conferences and conventions, but I also continue to enjoy the pure entertainment side of performing at corporate events, receptions, in theatres, on ships, and so on. Sometimes I even get to pull in some piano/vocal elements for some of my theatre shows.

There are a lot of reasons why I believe resilience is a key skill or trait for creatives to develop.

First, creative work is almost always going to come with a higher-than-usual dose of rejection. You don’t get every gig you are contacted for. You don’t get every event you bid on. You get turned down because the person making the decision wanted to hire, or cast, or work with someone who had a different look, or whose credits resonated with them in some way. It’s often something you have zero control over, but it still stings. Creative people have to be willing to hear “no” a lot more often than people who work in more traditional settings, in my experience.

Second, I think if you’re a creative person who wants to have any credibility in going to the marketplace, you have to be able to respond in ways that other “differently creative” people wouldn’t. If you want people to value your creative outlook and gifts, I think you have to be ready to show some creative results in situations where others would not be able to do what you did. And that is often going to happen in times that require resilience.

In February of 2020 I was performing magic on a cruise ship in the South China Sea when all the ports closed and I was at sea for almost two weeks wondering where we were going to land so I could come home. We finally ended up in Singapore and I got home about a month before we went into lockdown in the U.S. In just a few days, every event, conference, or other gig on my calendar had completely vanished.

I decided after getting through a meeting on Zoom that I had to take action. I rummaged through some old tech stuff in my basement. I had an old extrernal webcam, a pretty nice microphone, some mic stands, and a backdrop. I put together a virtual ticketed interactive magic and mentalism show designed for Zoom and launched it on April 3. By the end of May, that show had been recommended twice in the New York Times.

I have continued to do virtual performing, speaking, and emcee work from then until now. It’s nothing I ever expected to do in my career, but I knew that if I didn’t respond to the challenge with something creative, and give myself a story to tell, I could not have any credibility when I got back on a platform to speak to people about having impact and making connections with people despite limitations.

Part of a creative person’s credibility depends on their resilience in challenging circumstances. 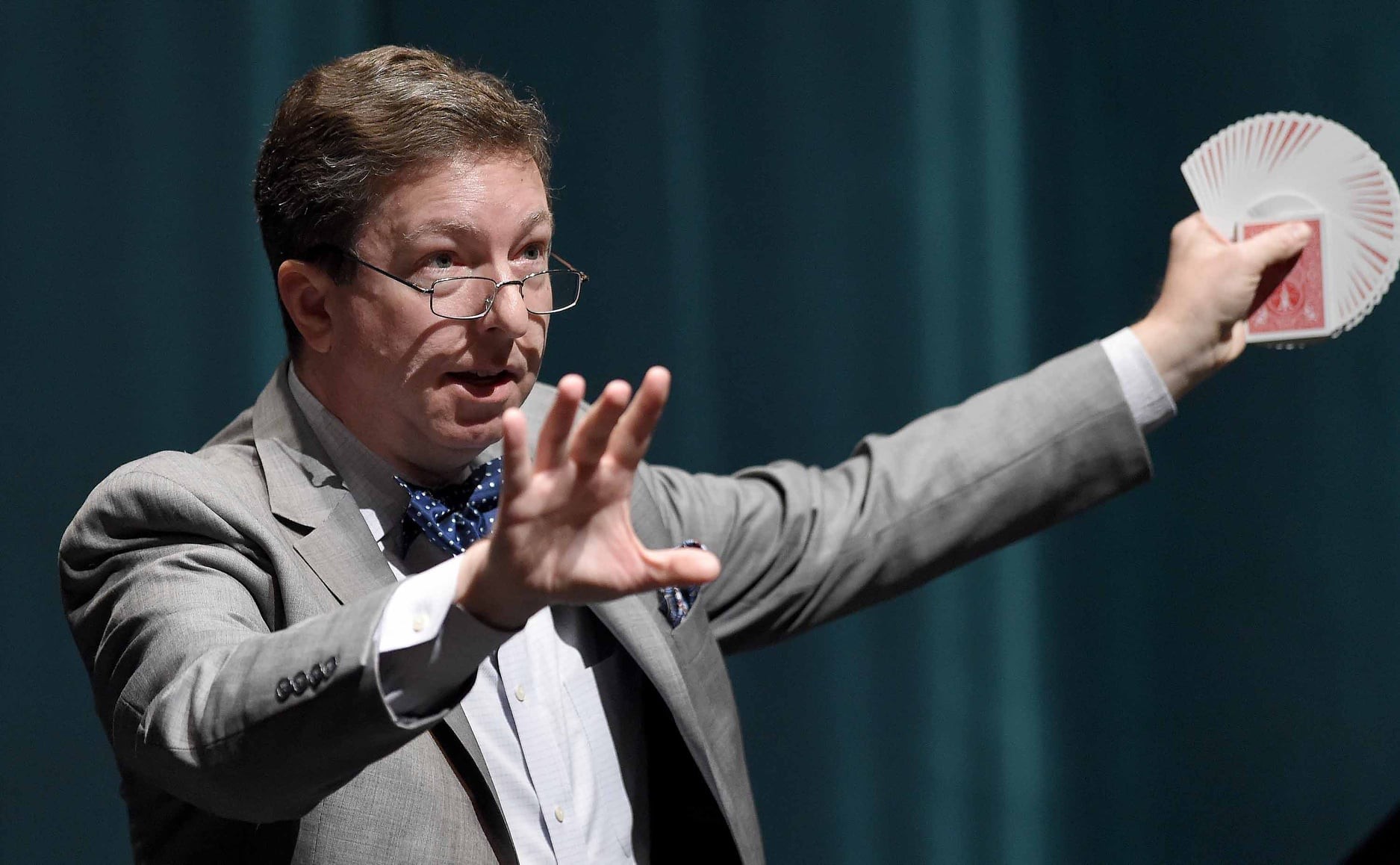 I’m certainly not a social media expert, but I can share some insights. I’ve been on Facebook since a dot-edu email address was required, and I was one of the first 10,000 people on LinkedIn. So I’ve had time to make a lot of mistakes.

I joined LinkedIn in June 2003. I didn’t have a strategy for using it, though. I had been on Spoke, a previous network with a similar mission. I left my LinkedIn dormant for a long time and finally started using it more intentionally about a decade ago. If I could change one thing, I would have invested some time in LinkedIn earlier on.

I started on Facebook first as a way to keep in touch with the then-college student who was my onstage assistant for illusion shows. She checked her Facebook more than her email, so if I wanted to get in touch, it served me well to go there.

As a result, I started building an online network of personal connections on Facebook way back in October 2006. It was some time before I realized that I should have a professional page, and not try to use my personal page as both personal and business.

I think for most creatives the key thing you have to do is to decide what function social media will serve for you and which platforms will serve that goal best. I am not “trying to get famous” through Instagram, or trying to “break into music” by having the right person see a TikTok. I want to connect with meeting and event planners, association executives, and potential referral partners who can recommend me as a speaker, entertainer, and emcee.

Because my goals are not “break into global fame, go viral” goals, I use social media as a networking and communication tool, and as a promotional tool, but not really as a mass broadcast tool.

My approach for building my network has therefore been something like a three-legged stool:
– When I meet people in person, I try to get them to connect with me on LinkedIn and/or their preferred platform
– When I meet people online, if they are local I look for ways to meet at in-person events
– In my programs and live performances, I share my contact links and ask for the connection

I am not a fan of any of the pay-for-play list building services. I just try to share something useful on a regualar basis, and directly ask for the response that I want.

I do recommend getting your brand account/username on all platforms as they become available, so that you don’t lose your digital real estate to someone else. Set up all the free accounts for your brand on all the different platforms even if you don’t use them regularly.