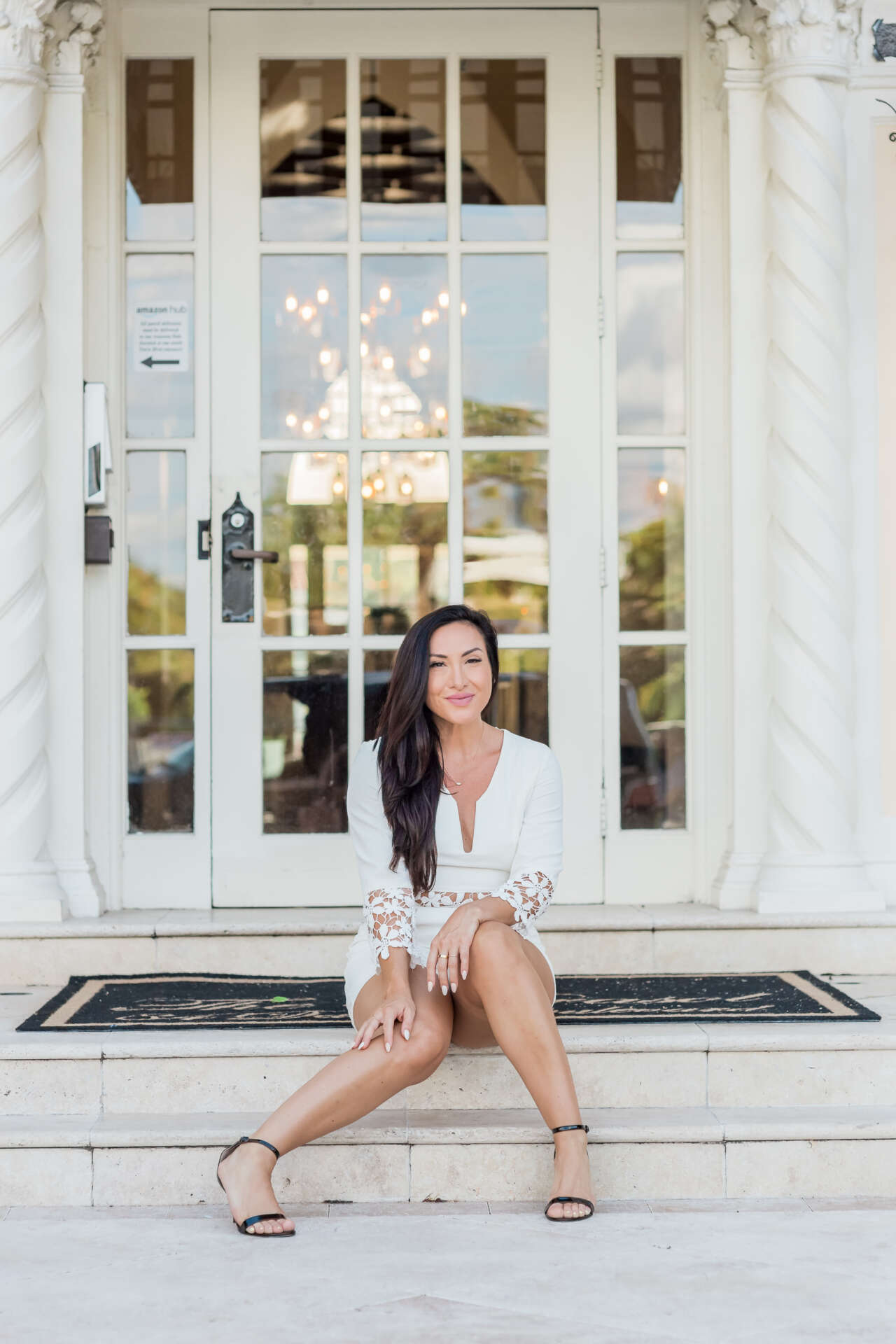 We’re excited to introduce you to the always interesting and insightful Jenn Richardson. We hope you’ll enjoy our conversation with Jenn below.

Jenn, thanks for taking the time to share your stories with us today What do you think matters most in terms of achieving success?

At 27 years old, I found myself in a state of “floundering” through life.  I was about two months postpartum with my second son and was definitely trying to figure out who I was outside of “mom” and “wife”.   I had always been an ambitious person, even as a child, and for the first time in my life I found myself without a real direction or career path.  As a little girl, when asked “what I wanted to be when I grew up”, I responded with “I want to help people and change the world”.  Sounds basic enough, but as I grew into adulthood that desire was still there.  I just wasn’t sure how I could make that possible.

During this time period, I was presented with an opportunity to join a multi-level-marketing company to which I scoffed at.  I had a Bachelor’s Degree and a Master’s Degree and wasn’t sure how “selling shakes” was going to be my next big career move; but I wanted to lose the baby weight and thought focusing on myself and my body may help my mindset in general, so I said yes.  I am a self-diagnosed “chronic quitter” when it came to anything health and wellness related; but I made the decision to share my fitness journey on social media as an added means of accountability.  I had no idea what impact that decision would make on my life.  My Beachbody “team” grew quickly.  I found myself surrounded by so many like-minded women in the same stage of life as me, all of us searching for “something”.

What I unintentionally created was more than just a business, but a community where women were able to find that “something” and regain that sense of empowerment that they had lost.  With the growth of the Beachbody team, I also grew my social media presence.  I found myself being dubbed a “social media influencer” and was presented with opportunities to represent a variety of brands in different ways.  This sparked the idea for me to create my own brand.  Fitness has now been my passion for the past 7 years.  Fit Couture Collection was born in the summer of 2017 — a collection of athleisure wear and fitness accessories.  What I never could have anticipated was the incredible growth that FCC had during the worldwide pandemic.  With the world “shutting down” and people beginning to “live in” athleisure and relying on online shopping, we had a surge of growth that I will forever be thankful for. HOWEVER — it must be said that the road to success is rarely smooth, right?  At the end of 2016, I became extremely ill.  I began having organ failure and debilitating panic attacks came out of nowhere.  I spent the greater portion of 2017 visiting doctors and struggling to pull myself out of bed every day.  I participated in numerous trial medicinal treatments, some of which worked, some of which didn’t, and I was admitted into the hospital more than once.  I had my gallbladder removed and was hospitalized for a failing liver. I had severe tachycardia and thyroid disease as well.  But through it all, I refused to succumb to the sickness and give up everything I had been working for.  At the end of 2017, I was diagnosed with breast implant illness; and in 2018, I had my implants removed.  Within a few months of explant, my symptoms were gone and I have been stronger because of it.  The struggles are what made me appreciate life more than I could have ever otherwise.

My background and degrees are Criminology & Criminal Justice — two things that I had tucked away and hadn’t used for many years while I grew my health & wellness-related businesses.  During the pandemic and watching both the uptick of human trafficking and domestic violence, I wanted to use this platform I had built over the years for a bigger purpose — and that is when HER Voice Foundation was created.  I spent many months during quarantine working on my Victim Advocacy certification and a business plan to start my first non-profit organization.  In 2020, HER Voice began its work as a liaison to serve female victims of violent crimes, primarily domestic violence survivors.

In 2021, I also took on another side project and titled it “Oh Hey Tampa Bay”.  I work with and alongside local Tampa businesses to cross-promote their little slice of Tampa via social media.

It must be said that despite any diligence, hard work and effort on my end — none of this would have been possible without God’s continuous Grace. 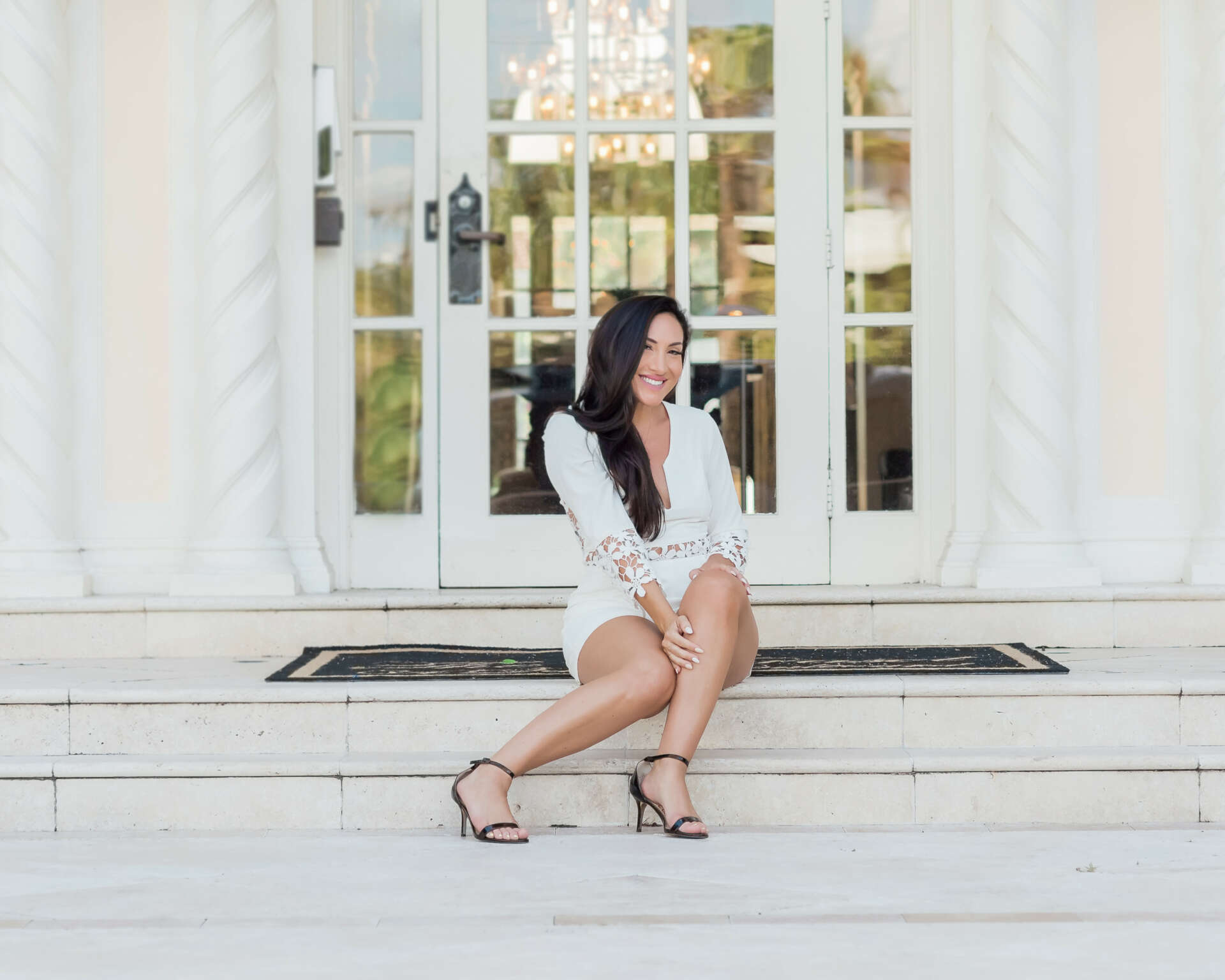 Jenn, before we move on to more of these sorts of questions, can you take some time to bring our readers up to speed on you and what you do?

Almost 7 years ago, I entered into the fitness world.  When I started working out, most of my “workout gear” consisted of pajama bottoms (from the night before) or some stretchy black leggings along with a ratty t-shirt and some sneakers I slipped onto my feet as I padded into my living room to press play on my at-home workout.  Needless to say, my fitness ensemble was not one of my fitness motivators to get me up to work out.  I will never forget though about a month into this fitness journey of mine, I read an article that stated an aesthetically pleasing fitness ensemble laid out the night before resulted in a higher level of motivation to do and complete your workout.  Was there truth to that?  I wasn’t sure, but I wanted to try it out.  I went out and bought a cute pink sports bra and a pair of fun leggings and laid them out on on my dresser so I could see them when I woke up.  Would you believe that waking up to the cute fitness apparel actually DID get me up out of bed and excited to workout?  It was after that day, that I was hooked with “fitness” and with “fitness apparel”.  I was hooked with all of it!

HOWEVER — I found that MOST apparel I would buy didn’t cater to the curvy body like mine and that was always something I found extremely frustrating.  I wanted to create a line that not only offered pieces for all BODY types, but that also empowered them once they put them on and made them feel good, strong, sexy and confident.  The next hurdle was PRICE.  Over the years, I have tried a little bit of everything when it comes to athletic and athleisure wear.  The “really good” clothing is priced SO high.  The “eh” clothing ends up falling apart after a couple of washes; while simultaneously, neither not really “holding it all in” or “keeping it from showing through”.  (I think most of us have had a “see-thru legging” experience at least once in our lives.)   I have worn sports bras that were cute but were not supportive.  I have had leggings that held me in, but also were so uncomfortable to put on and take off.   Over the years, my firsthand experience with athleticwear really helped give me an understanding of what is really wanted from workout gear.  “Something soft, but supportive.”  “Something compressing, but not suffocating.”  “Something aesthetically pleasing, but not over the top.”  Which is when the idea of Fit Couture Collection was born.

The name “Fit Couture” was my first fitness brand name I had ever used.  I liked the idea of Couture sounding glam while introducing a stereotypically rugged word like “fit” attached to it.  It made sense for this Collection, too.  A collection of pieces that are both fashion-forward while remaining realistic and they will be worn during an active workout!

I have made a point to conduct literally hundreds of workouts in these pieces in order to ensure that they not only were comfortable and supportive, but they also were “work-out proof.”  After months of samples, edits, and then more samples along with more edits, what you are seeing today is the result of a well-thought-out collection that I hope you love as much as I do! 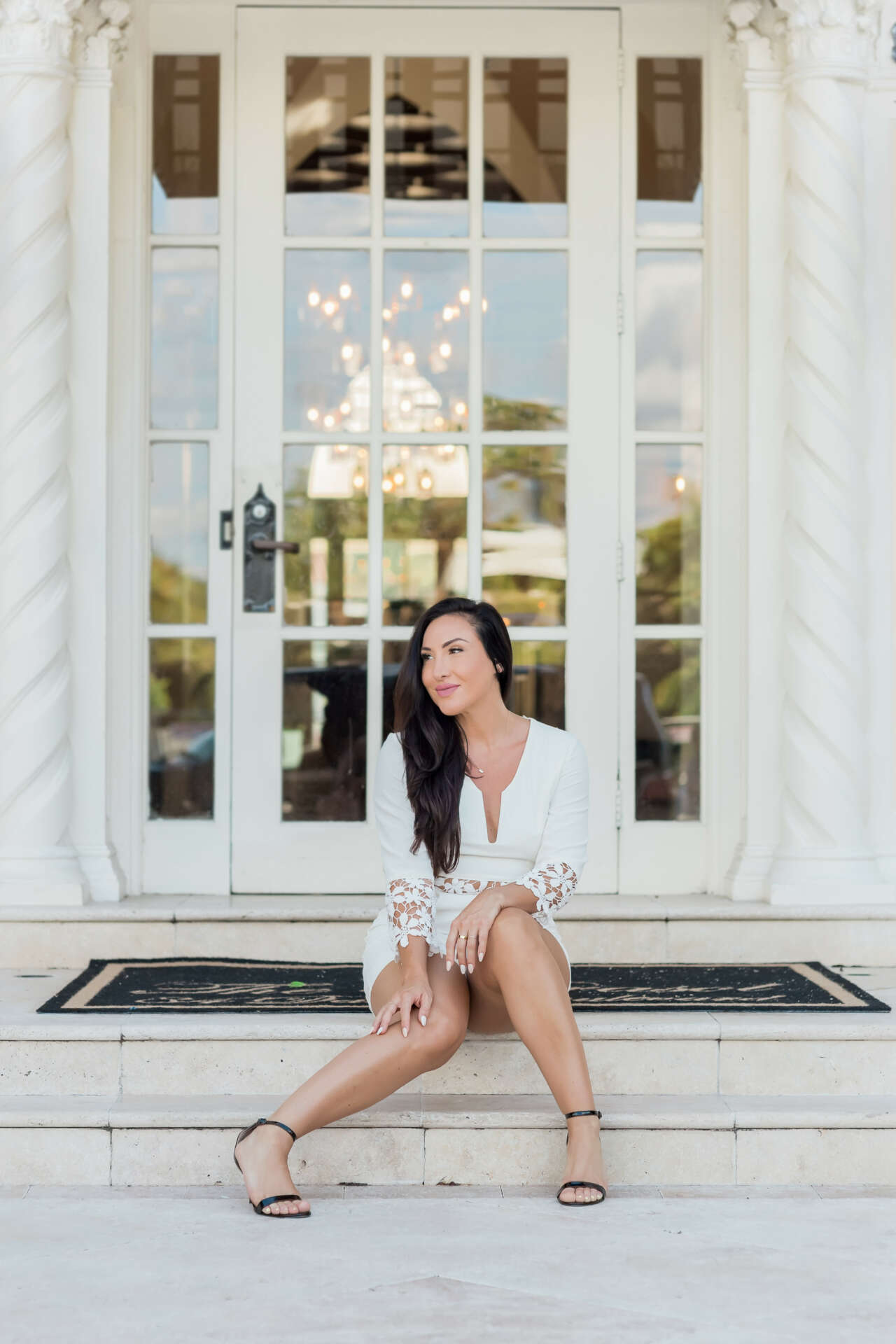 I think the biggest lesson I have had to unlearn is the “watering where you have planted” mentality.  There is a common misconception that if you continue to focus on what you already have, that eventually it will grow and flourish.  After many missteps, I learned just how important it is to be able and willing to PIVOT.  Whereas it is important to give a new system or a new product time to grow.  It is also as important to simultaneously be ready and prepared to abandon that idea and adopt something new if it isn’t working.   I see so many business owners getting stuck in the “I must continue to do things this way because it is what I started” and that mentality just doesn’t always work.  Trends are constantly changing and the world is ever-evolving.  We need to be ready, as business owners, to embrace the change and course correct to meet those changes at any given moment. 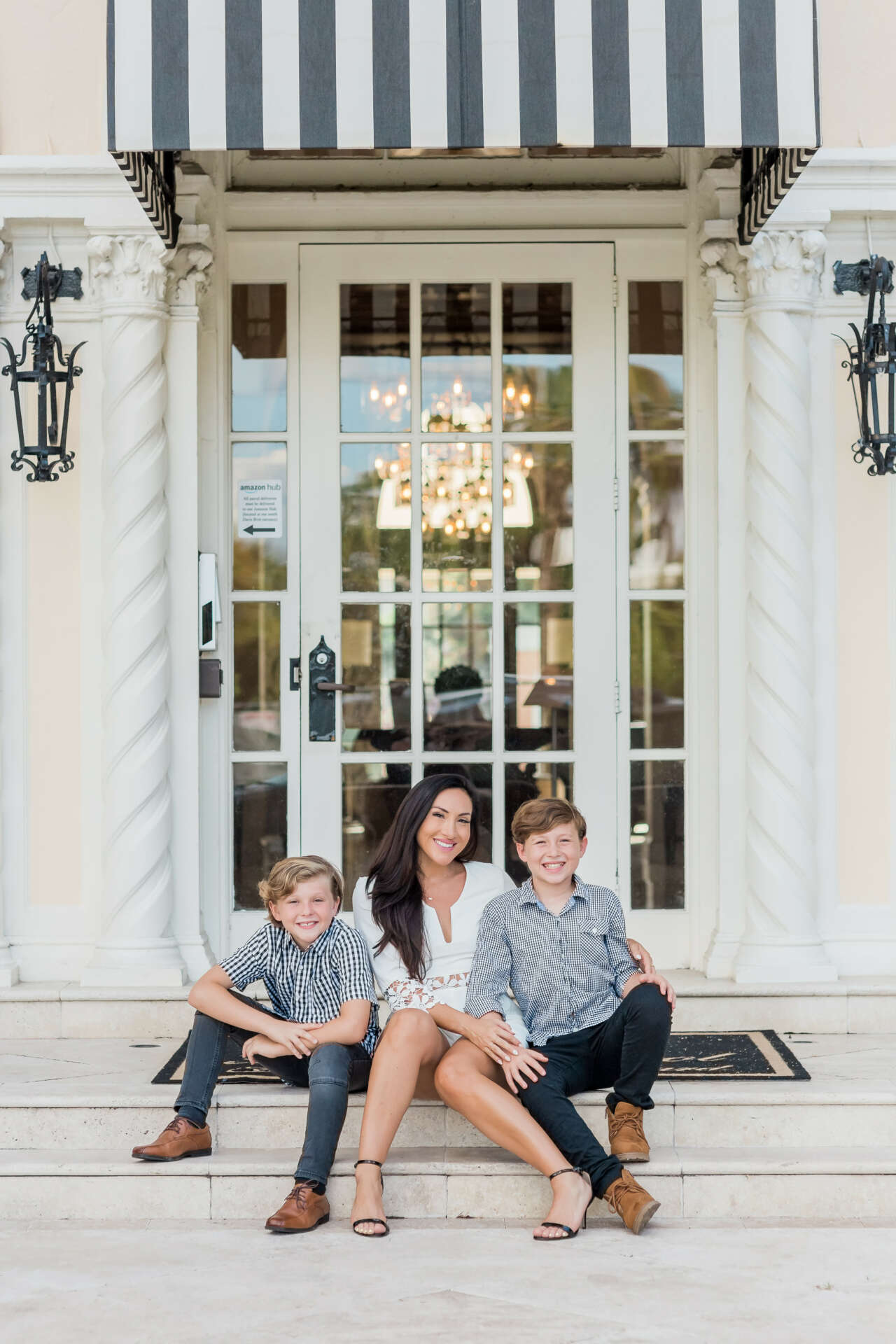 I have had to pivot so many times since I started Fit Couture.  Originally, I was designing and manufacturing yoga mats, blocks and accessories.  When import taxes and shipping costs became inflated, I was no longer able to afford to source my product from overseas. It was at that moment I knew I was at a crossroads of either giving up my dream of having my own line or moving in another direction.  It was at that point I decided to take the leap into apparel instead.  It was lighter and easier to import from oversees and more versatile in general!

Once the apparel line was established, there were so many pivots over the years in “what to launch”, “how to launch”, “how much to launch” — the list goes on.  What I have learned the most about business is to include your customers as a community!   Poll them, talk to them, ask for feedback, incorporate them into your business as much as possible!   Let their voice lead you in the next direction as opposed to anticipating what they may or may not want. 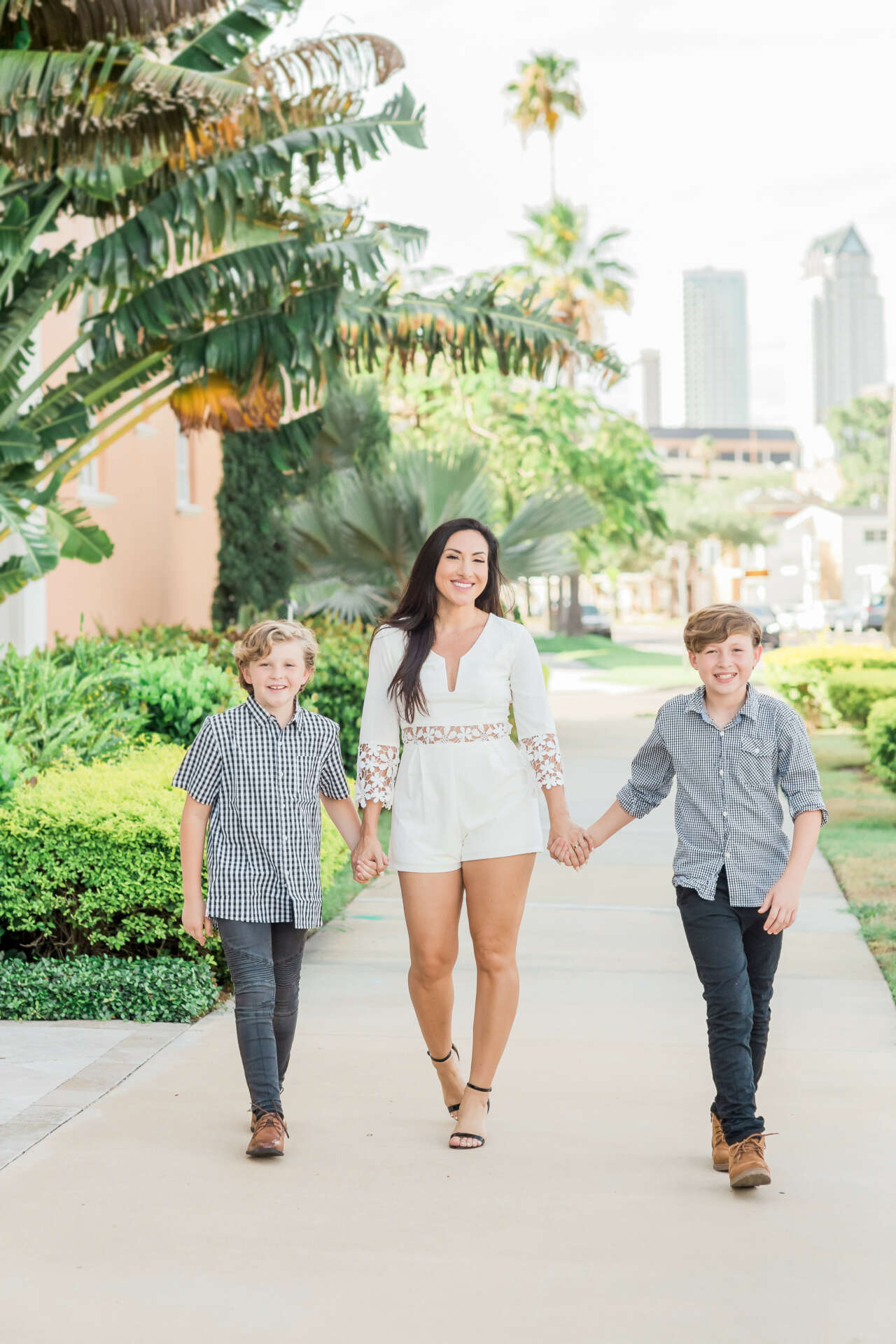