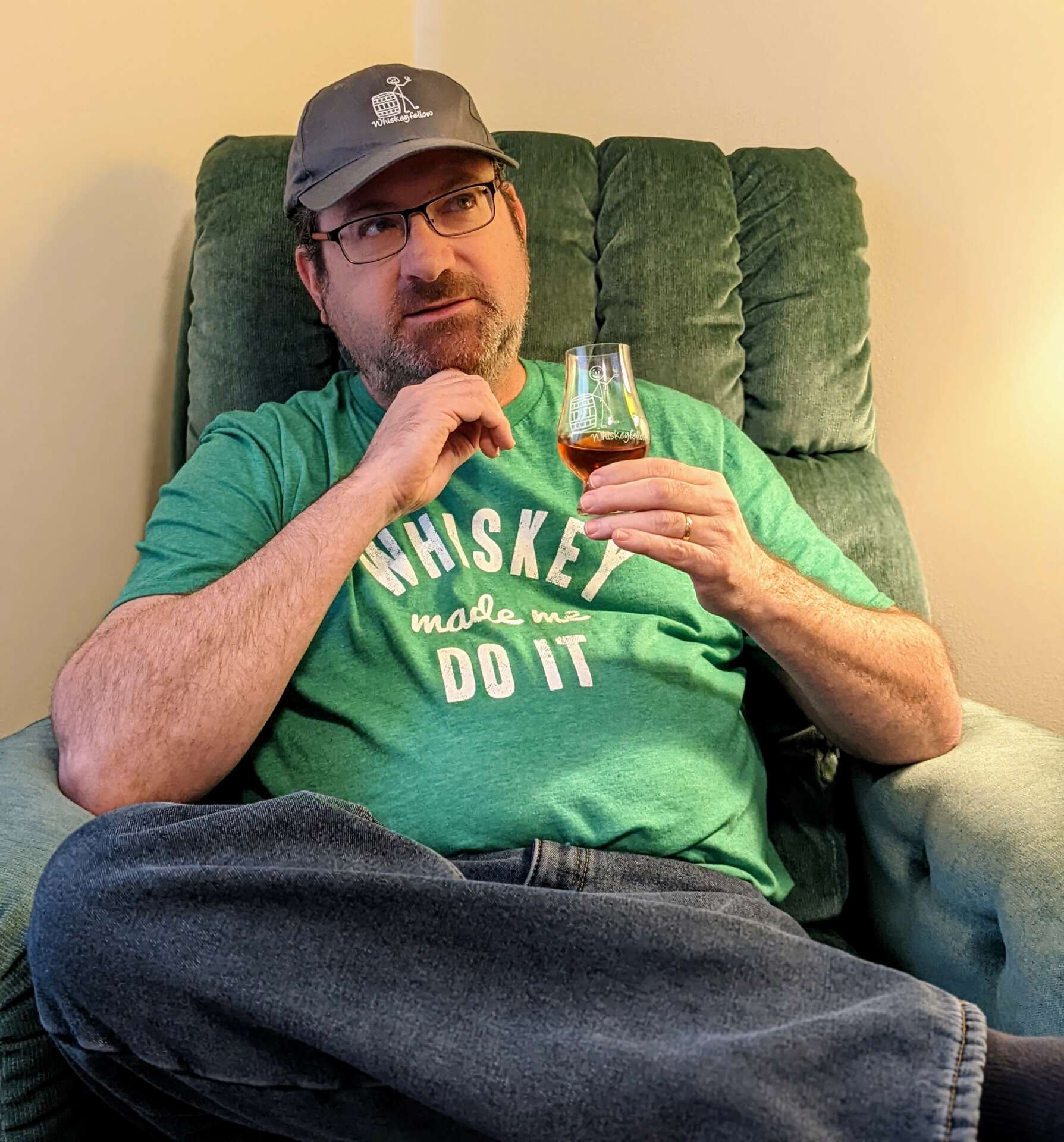 We recently connected with Jeff Schwartz and have shared our conversation below.

Jeff, thanks for taking the time to share your stories with us today Everyone has crazy stuff happen to them, but often small business owners and creatives, artists and others who are doing something off the beaten path are often hit with things (positive or negative) that are so out there, so unpredictable and unexpected. Can you share a crazy story from your journey?

One of the things I do is compose whiskey reviews. While this part of my business generates no direct income, it helps establish credibility and maintain relationships with distilleries, bars, and retail shops. Since I already have a glass of whiskey in my hand, and I’m already analyzing it, why not put those notes down on paper (or, in the case of my reviews, a computer screen)?

I publish my reviews on my website, and from there, it gets shared on social media. I love reading comments, good or bad, and enjoy the interaction with my followers. As taste is subjective, there’s often banter about how come I tasted X but missed Y, or how come I wouldn’t say I liked someone’s favorite whiskey. But, the strangest one left me completely dumbfounded.

This incident occurred in February 2020. I’m positive about the date because this has been forever chronicled in an article I wrote that week. A reader suggested that I only do a “half-assed job at being a whiskey reviewer.” Naturally, I wanted to know why he believed that and made the mistake of asking probing questions.

His beef was how the distillery could justify the asking price. The question wasn’t merely, “Do you think this whiskey is worth this price?” At first, I assumed he was pranking me. But as the discussion continued, he was serious. He explained to me that my job as a whiskey reviewer is to investigate how much money was spent to create the whiskey versus how much the retail price was and to calculate the distillery’s profit margin to ensure that the manufacturers weren’t gouging consumers. His concern was that the rising retail prices were unjustified.

He was, quite literally, demanding that I include forensic accounting reports in each of my reviews if I wanted to be taken seriously.

My frank response to him was that I have zero interest in exploring anyone’s books or marketing plans. Not only am I not a stakeholder in any distiller’s or producer’s business, but I also possess neither the training nor the skills to do forensic accounting. I tried to explain to him that I don’t write a financial blog and that I would not start including a marketing analysis in any of my reviews. He then suggested that I’m on the take, and the only thing I care about is how many bottles are sold based upon my reviews.

His accusation, of course, was not only completely false but hurtful that someone would even believe this. I’ve put a lot of time and effort into my reputation as a fair, honest whiskey reviewer. I make no money whatsoever on the sale of anything, even on the paid side of my business. However, his perspective caused me to write an entire article explaining how I approach reviewing a whiskey.

Writing has always been my outlet for relieving stress and anxiety. It made for a nice article. 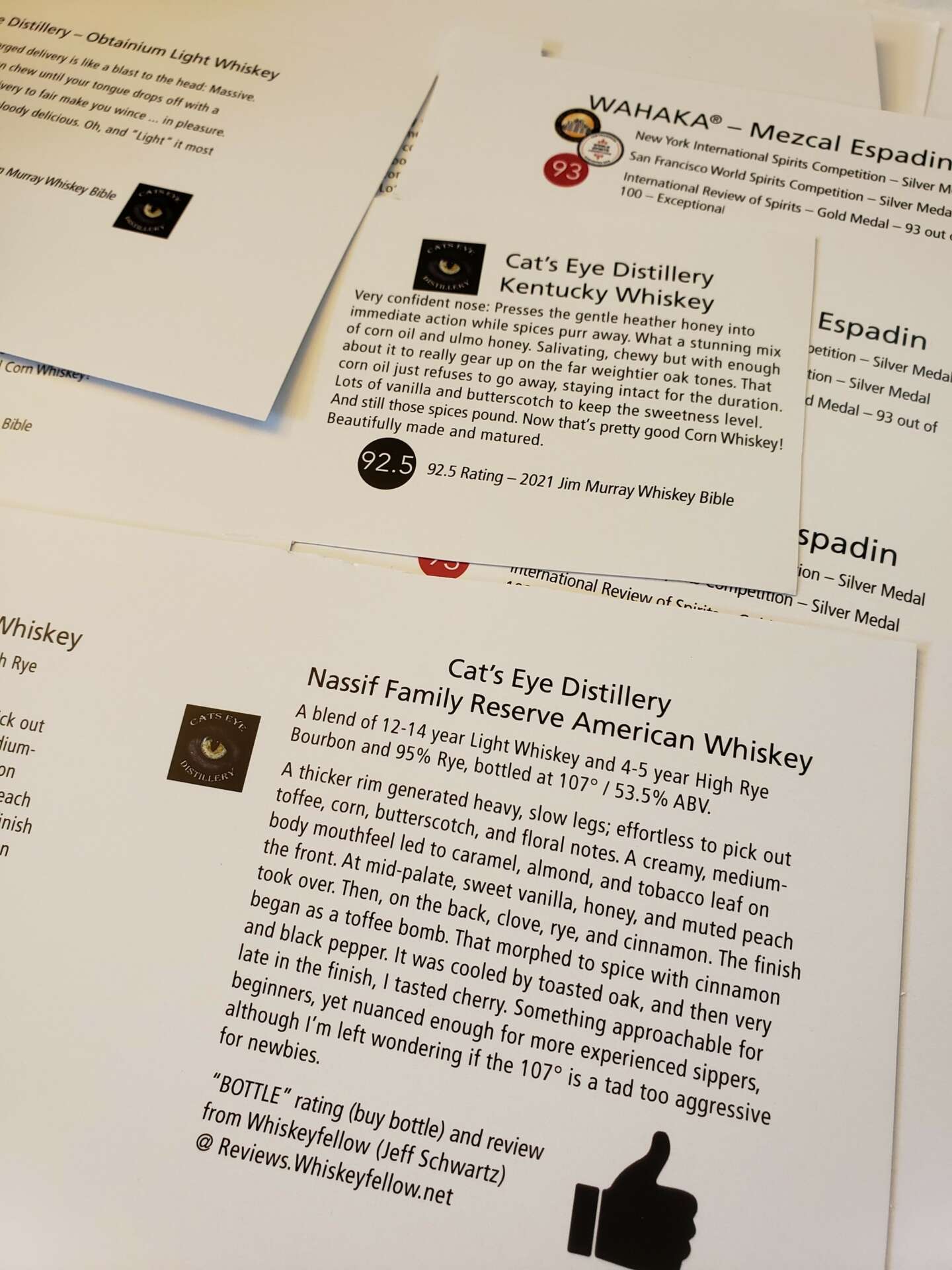 Jeff, before we move on to more of these sorts of questions, can you take some time to bring our readers up to speed on you and what you do?

I’ve been writing reviews about things for much of my adult life. I enjoy sharing my opinions. Things started off on the website Epinions.com, which reviewed everything from widgets to automobiles and everything in=between. It was nice to get paid for those articles as well, although that wasn’t the driving motivator. When Epinions.com was bought out, I went to explore other avenues, which included a neighborhood section in my local newspaper. I started writing reviews about restaurants and movies. It was fun to see my name in print about things I cared about.

Then, we moved across the country. I was a casual whiskey drinker, just getting into the aspects of exploring the various nuances when my wife was hired by a boutique liquor store that boasted the largest whiskey selection in Florida. I became friends with the owner, his clients, and an occasional distributor or two. Because of those relationships, I was able to sample pretty much anything that seemed interesting, including whiskeys I could never hope to afford.

About that time, I started an Instagram account. I had no idea what to do with it, so I started taking pictures of whatever bottle of whiskey I was sipping from that day. Then, I started writing short reviews. Trying to come up with a catchy handle, I called myself “Whiskeyfellow.” Then, we moved again across the country.

I wanted to create new relationships in a venue where I knew no one outside of my wife’s family, none of whom were whiskey drinkers. I scoured social media for any whiskey events, clubs, etc. that were in the area and began making friends in the local industry.

At the same time, an online publication I followed called Bourbon & Banter put out word they were looking for new blood to join the team. I applied because, well, why not? As part of the application process, I had to submit an article that was Bourbon related which the website had never covered in the past. I chose to write about a local distillery whose Bourbon was just coming to market. That article, plus one other, secured my spot on the Bourbon & Banter team. My reputation as a serious whiskey reviewer was then established.

I maintained my friendship with the owners of that distillery, and as they were growing, they had little time to write content for their website. They asked if I would be interested in writing for them, and I jumped at the opportunity. From there, my little business was born.

I write content for other distilleries and add to my business as opportunities present themselves. I’ve represented brands at various public events, I was hired on a semi-permanent basis to be a boutique store’s “whiskey consultant” which gave me the idea for my job title that I’d been seeking.

Once a week, I was challenged to speak to customers and convince them what whiskeys were right for them (or as a gift) and my favorite part of the whole endeavor was when a customer would suggest they didn’t like whiskey. After asking probing questions, I’d let them taste something I thought would change their minds, and more times than not, it worked. I ran in-house tasting events for VIP customers, and then one day decided I could do this on my own anywhere, and did.

Now, I’m not only a respected whiskey reviewer, but I’m also doing what I love doing – tasting and talking about whiskey and making friends (and getting paid to do it).

Most of what I do is to continue to build my social media audience. That’s a forever work in progress that I’m not sure will ever end. I’m a big believer in building organically. As a firm believer that my greatest assets are my honesty and integrity, then it stands to reason that my audience was built organically. Anyone can buy followers. It takes work to earn them.

I’ve built my social media following by giving the niche who follows me what they want and expect: whiskey reviews, news, and advice. I don’t post memes on my professional accounts. I may sneak in a photo or two of my dog, but when I do, she’s referred to as my Chief Security and Food Tasting Officer (CSFTO). I’ll give a shoutout to my wife, but always as “Mrs. Whiskeyfellow.” It adds a personal touch.

I also use social media as an appetizer. One of the things I learned was if you give everyone the full meal on social media, they have no reason to visit your website. I tease on social media and provide links to the article. In this manner, I’m able to see just how effective my posts are, what topics are interesting, what are duds, and how different teasers get different results.

Don’t take shortcuts as it pertains to gaining followers. Put in the effort to gain them on your own. At the end of the day, you’ll know that you have an audience because people, not bots, like you.

Most importantly, and I can’t stress this enough, be as transparent as possible on social media. There’s no need to give trade secrets, but pony up what you can. It makes you more genuine and people want to engage. 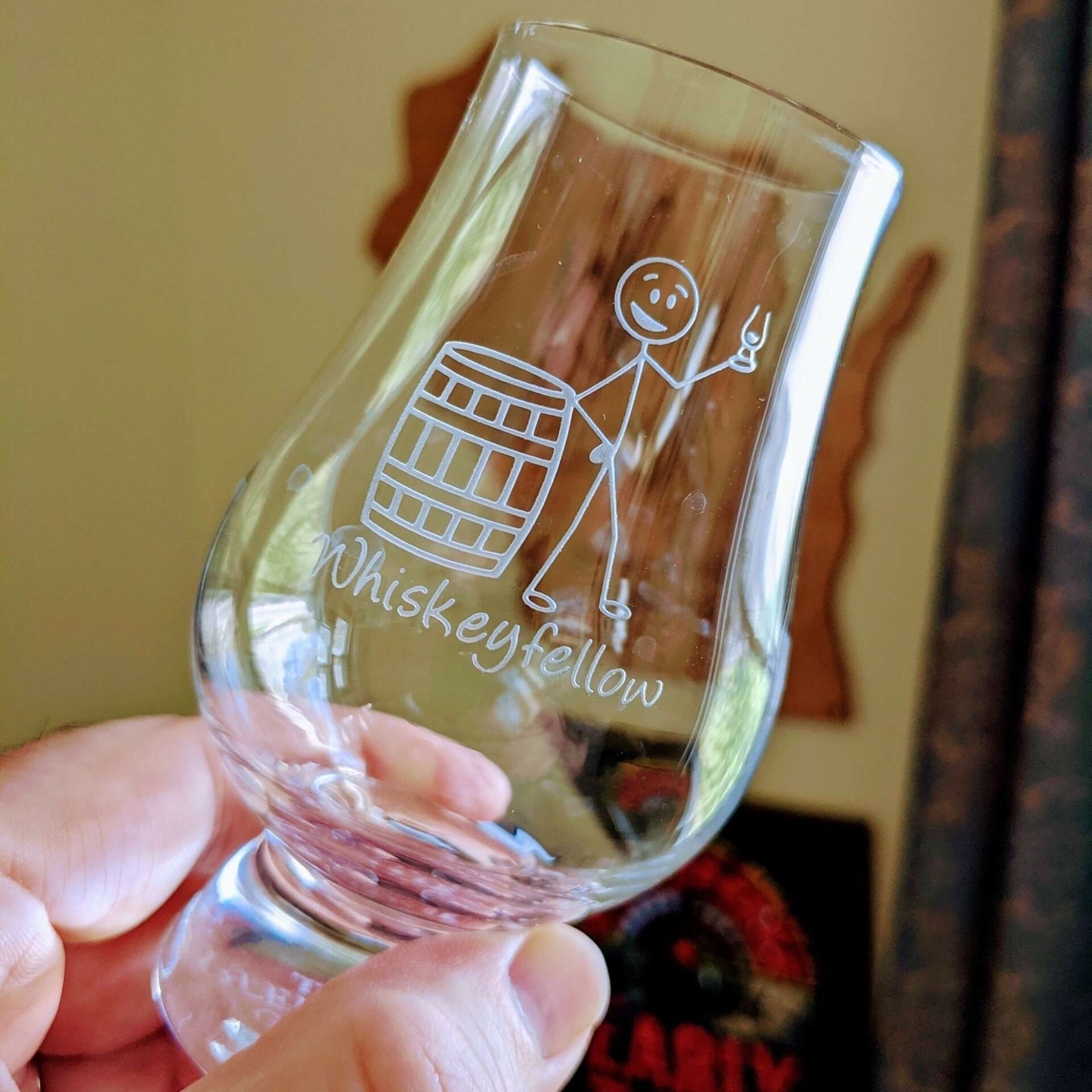 Strange as it may sound, my mission is to enjoy what I’m doing and never forget there is always an opportunity to learn and grow. It may involve taking on a new challenge I never considered, but I’ve found those open up new avenues to grow the business.