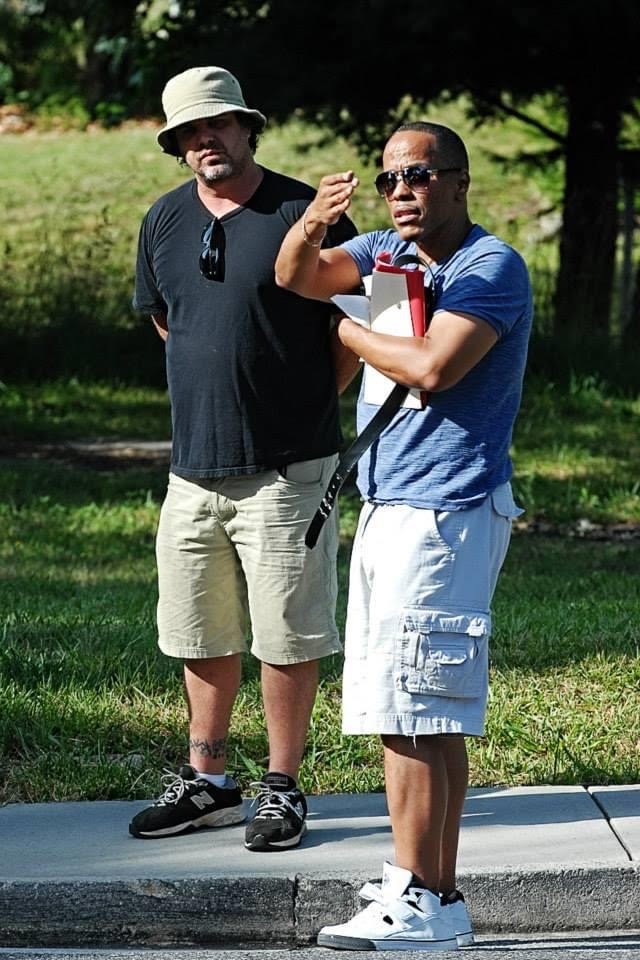 Alright – so today we’ve got the honor of introducing you to Eric Ayala. We think you’ll enjoy our conversation, we’ve shared it below.

Eric, thanks for joining us, excited to have you contributing your stories and insights. Can you walk us through some of the key steps that allowed you move beyond an idea and actually launch?

I started to find my literary voice at a very young age. I am the eldest of 5 kids, which is an interesting dynamic to navigate when you’re a loaner and an introvert. I’ve always been creative. I would draw characters and converse through them. Ironically those characters and conversations, which I named SoapToons, would eventually become mini-stage plays, which later morphed into actual books.

I had no mentors or guides in the process. Thanks to the many volumes of SoapToons (21 in total) I had tons of material to draw from. I wrote manuscripts in the format of books I’d read. After completing my first manuscript, the question became; what to do with the finished product? I checked out the covers of books to see who the publishers were and started sending my manuscript out. Rejections soon followed. No one excepted unsolicited manuscripts, especially from some unknown writer. That’s when I discovered self-publishing. The road to self-publishing is hard enough, made only more difficult when you also have to promote the work. Needless to say the self-publishing route did not reap much by way of financial return or artistic satisfaction.

In 2006 I entered a contest that I’d found in a writer’s magazine. A publisher was looking for “urban fiction” by female authors. I added an “a” to my first name and used the English translation of Luis. Erica Lewis was born. I entered the contest and won! After confessing that Erica Lewis didn’t exist, the publisher offered a 2-book deal for me and my pseudonym. The problem: since there was no Erica Lewis there was no one to go out to book signings and other personal appearances. The books did moderately well considering, My stories garnered more attention as Erica Lewis than they had when I attempted to self-publish.

When a new contract was offered I asked the publisher if I could use a male pseudonym. They were initially resistant to change course as Erica Lewis had built a respectable fanbase. I convinced the publisher that I could do more as Lewis Ericson than I had previously. The change proved more profitable as I was now able to do all public appearances as myself, or rather Lewis Ericson.

I used the pseudonyms, which are both variations of my name, because I had already self-published 4 books as E.L. Ayala. I wanted the names to be as separate as the genre they represented. I’d written inspirational fiction as Ayala, women’s fiction as Lewis, and street-lit as Ericson.

In 2011 I was approached to write a screenplay for a movie idea. I accepted the job even though I’d never written a screenplay. I researched “how to” and I did it! I was even asked to be an Assistant Director, something else I needed to master. The independent movie was released 2 years later. and won several awards on the film festival circuit which bolstered my confidence. Two more movies and several more awards followed.

What I have found to be true over the years is that my ideas for story and character are not lacking. What has made me not only a better writer, but more self-assured, stronger, more determined, is being able to really look at myself, my fears, my pain, my shortcomings and know that even if there are no mentors to help guide me, there is a vast world of knowledge at my fingertips. If I can’t learn by example, I can by doing, by trial and error, by the fire of failure and the joy of success. I’m not fully where I want to be, and I’m not stopping. There is a dream out there with my name on it that I didn’t know I had way back when I was the kid trying to figure out my place in the world. I do have a voice, and that voice deserves to be heard. 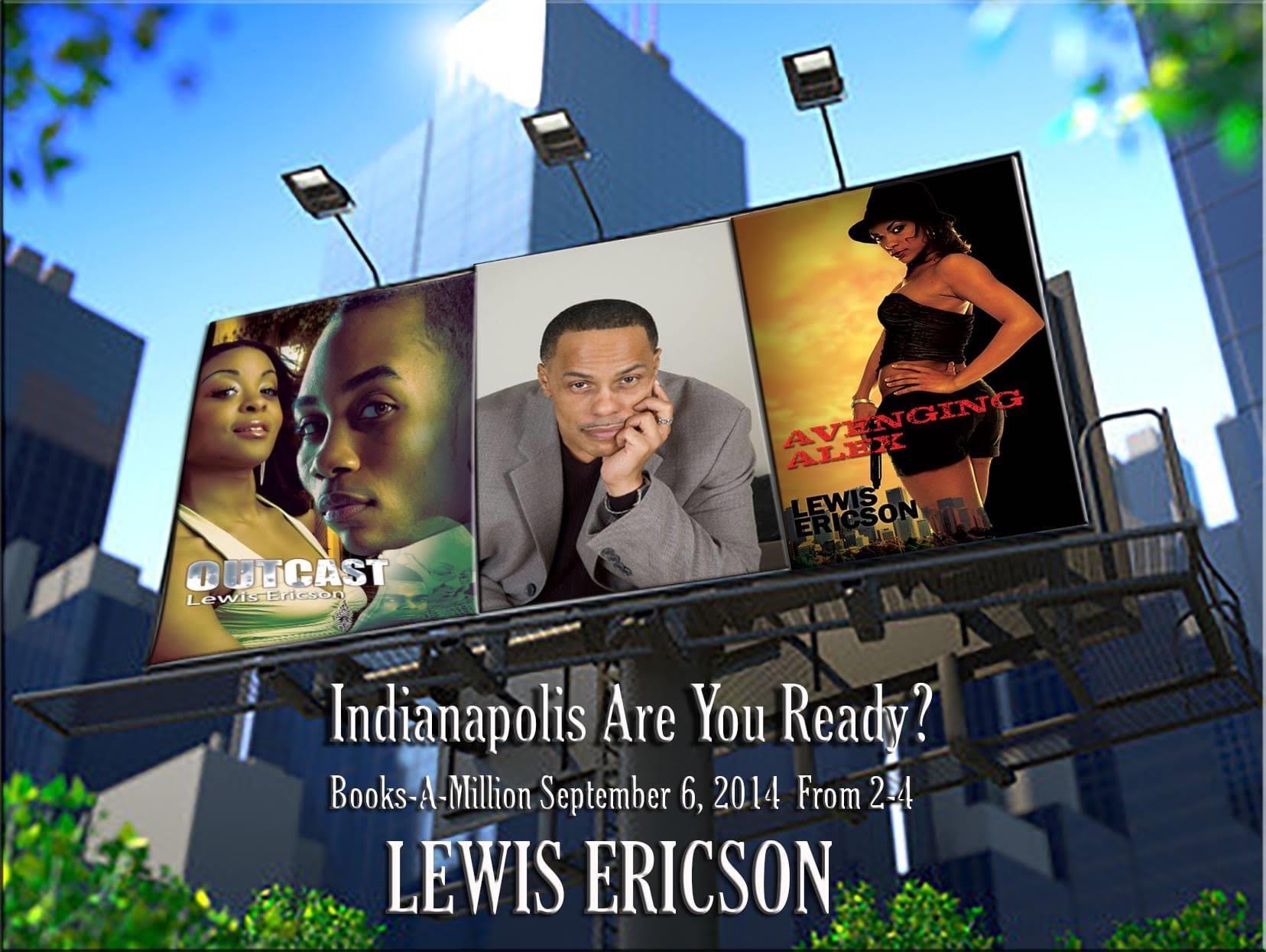 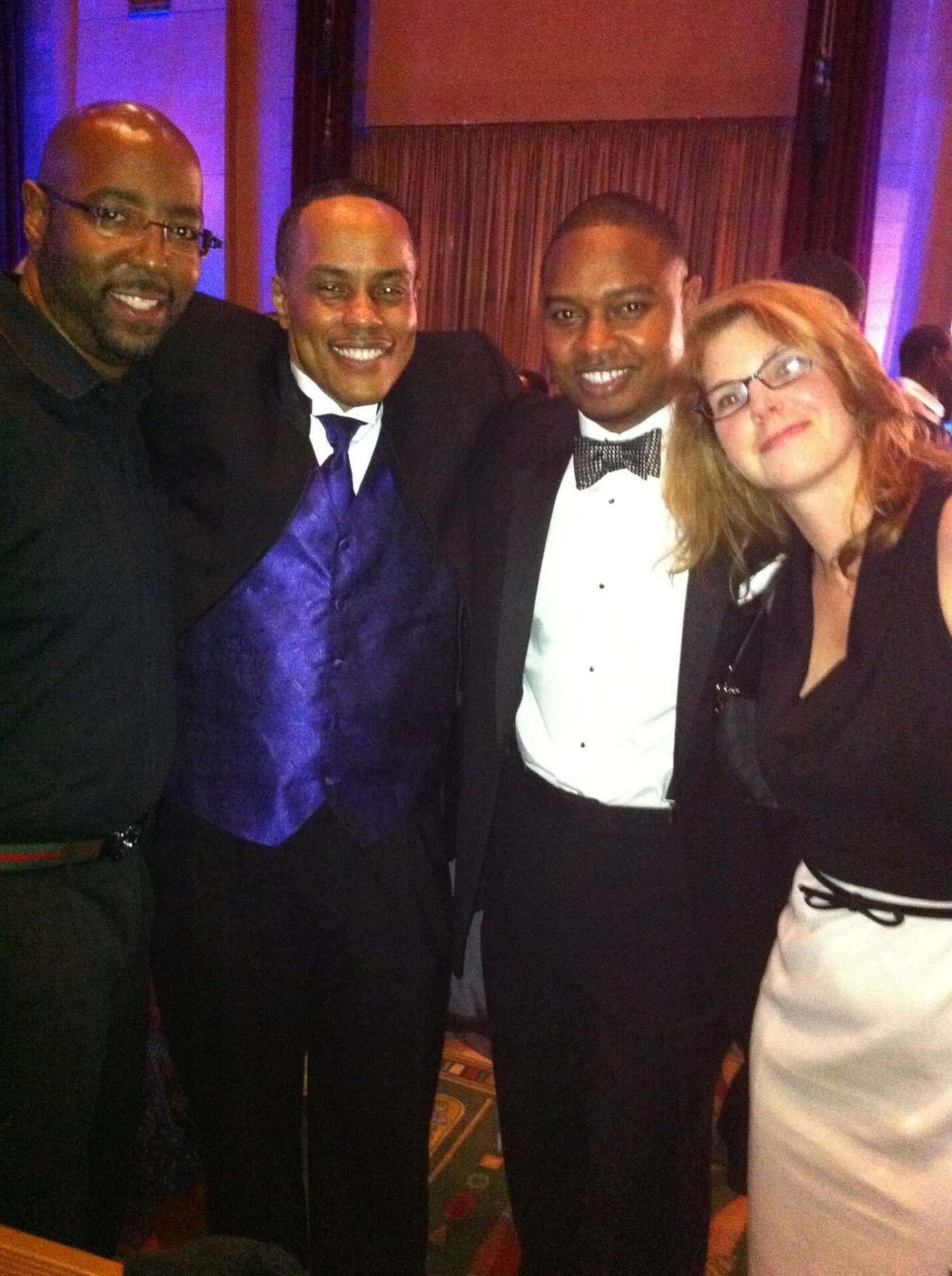 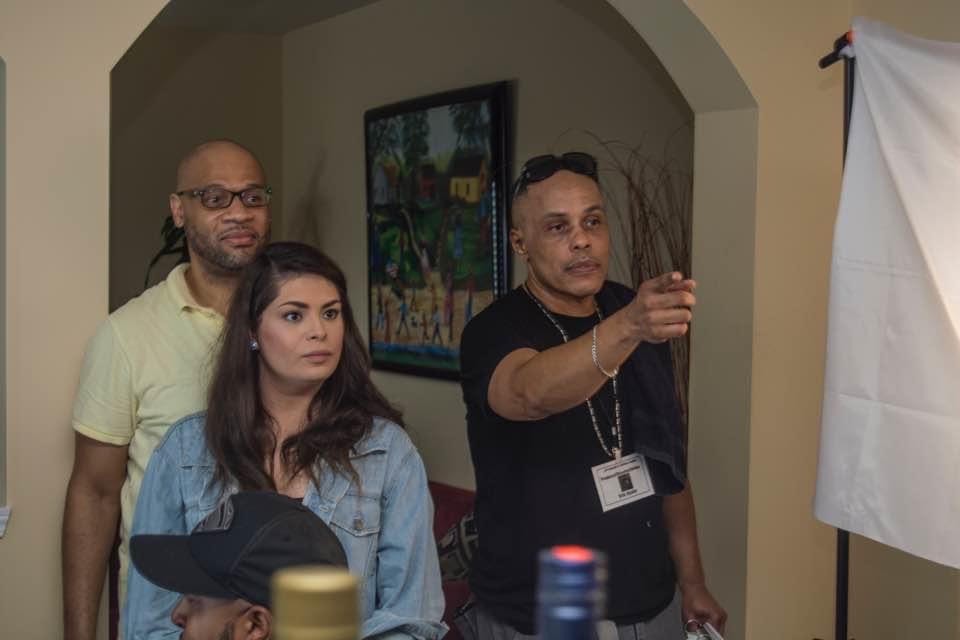 To date I have 4 books published under the moniker of E.L. Ayala. Restoration, Will You Be Made Whole, and If I Should Die Before I Wake. The latter was written as a screenplay which resulted in a film that won 28 Independent film awards.

From the books, several screenplays have been written, and a couple of the books have been broken down into series for television or streaming. My very first screenplay turned movie entitled Sunday Morning Rapture can still be seen streaming. My second project adapted from the book If I Should Die Before I Wake is also currently streaming.

Of late, I’m keeping busy by writing, directing, and producing “proof-of-concepts”, which are basically extended trailers. The POC for Avenging Alex amassed 6 Independent awards under the category of a single webisode. I am currently preparing to shoot a POC for The Mansion.

I have been blessed to work with super talented actors over the years, many of who can be seen in other films and on television. There is nothing quite as exciting as seeing and hearing your vision come to life on screen.

FUN FACT: When I produced the stage play Will You Be Made Whole my lead actor was “detained” on opening night. Unfortunately, I had no understudies so I went on in his place. The role was that of a drug addicted male prostitute. To make the opening even more stressful was the fact that Tyler Perry was in attendance, front and center. Talk about stepping out of your comfort zone.

In 2013, after the success of Sunday Morning Rapture, I thought I’d found a financial backer to produce If I Should Die Before I Wake. I was promised a dollar amount and I immediately went to work. Excited to get started, I reached out to all my people resources and started to pull things together. We set up auditions, zeroed in on talent, assembled a production crew, and identified locations,

Our benefactor had provided the initial seed money with a promise that the balance would be given at the end of the shoot. We rehearsed and prepared for weeks before the camera rolled. The talent in front and behind the camera was exceptional! I swelled with pride seeing the vision actually taking shape. At the end of production when all finances were to be settled, my benefactor decided that he no longer wanted to be part of the project and no more money would be doled out.

I was destroyed! Not knowing what to do or how I was going to pay out all the monies that were due, I found solace in a bottle of vodka. This was someone I thought I could trust. Someone who I thought believed in me. Someone who I only had a verbal contract with. BIG MISTAKE! HUGE!

After my pity party I needed a plan. I promised everyone involved in the production that they would be paid no matter what. I took as much from my 401k that was allowed and entered an agreement with individuals for the funds that were yet outstanding. In the course of time I was approached by a few interested parties that vowed to help. One who only wanted to invest if they could re-do the entire thing with the actors and crew of their choosing. I was not about to let the money and time I’d already invested be flushed away like that. I also quickly realized that the word of some of the other potential stakeholders was just a lot of talk. And, my relationship with vodka was becoming more than casual. Two and half years later, nearly going bankrupt and losing my house, everyone was paid what I promised.

Twenty-eight awards for If I Should Die Before I Wake and seeing the finished project on Amazon Prime, Tubi, and other streamers hasn’t been enough to erase the hell I dealt with getting the project up and running, but it taught me a lesson that will be with me for the rest of my life. 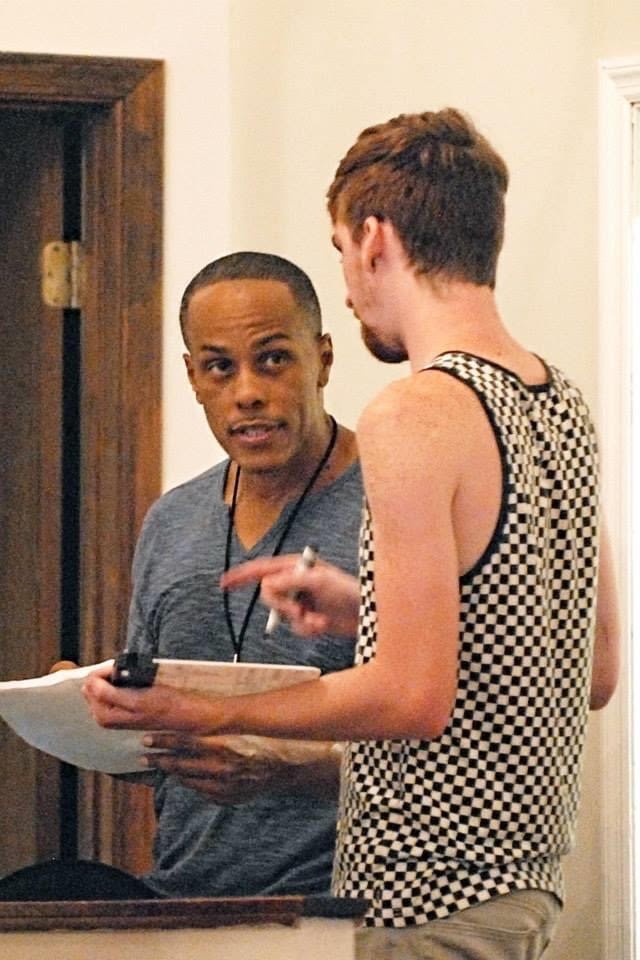 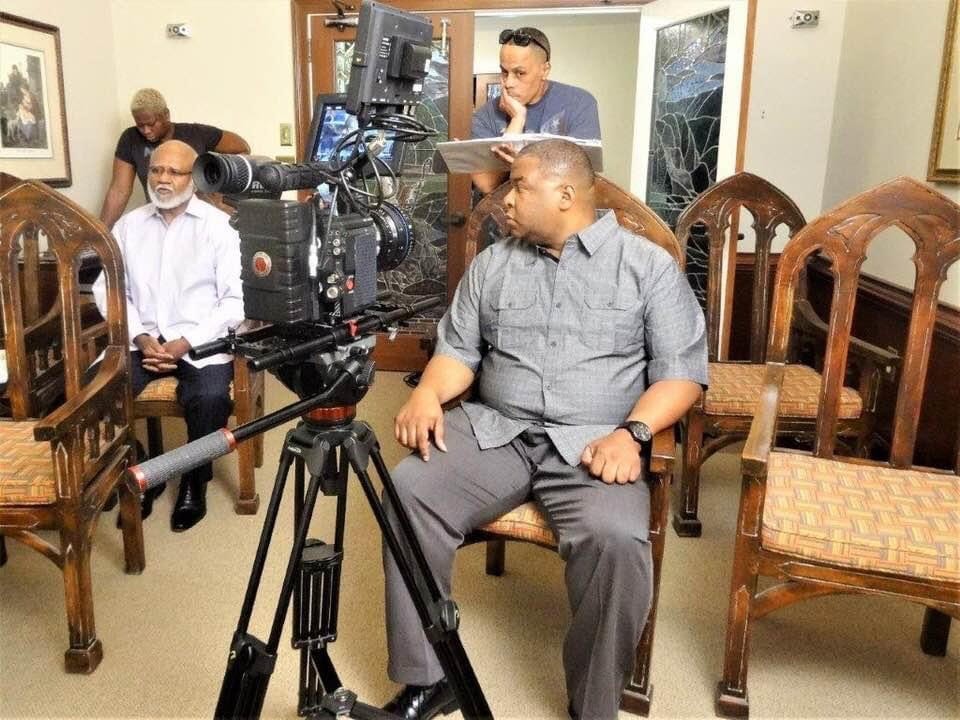 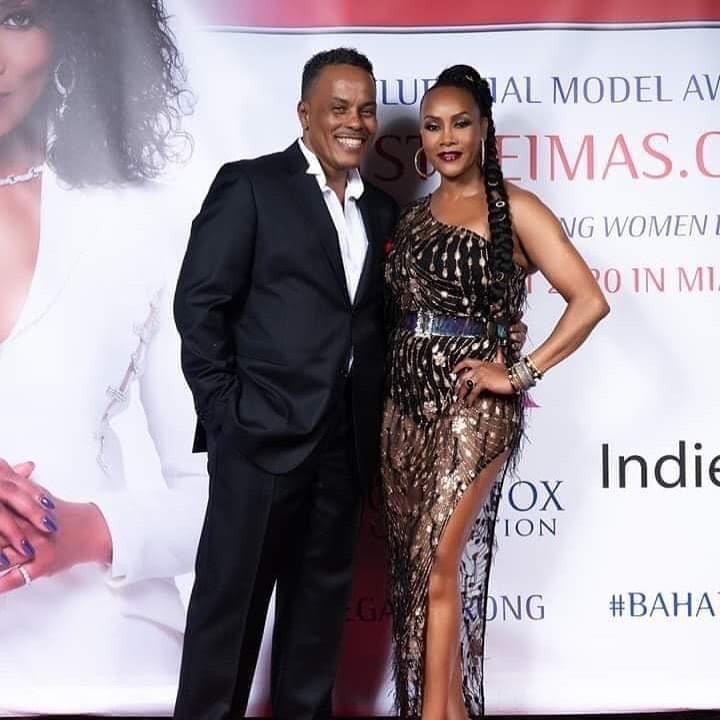 I have always wanted to be a television writer. I keep pushing forward and doing what I do in the hope that I will one day land in the sweet spot of having my content viewed by millions. I have no misconception that being a filmmaker or showrunner or even a part of a bustling writers room is easy, nor is it the pinnacle of success, but it is a goal.

The older I get the stronger the pull. The way that viewers consume entertainment these days lets me know that I have the fortitude and the talent to see it through.