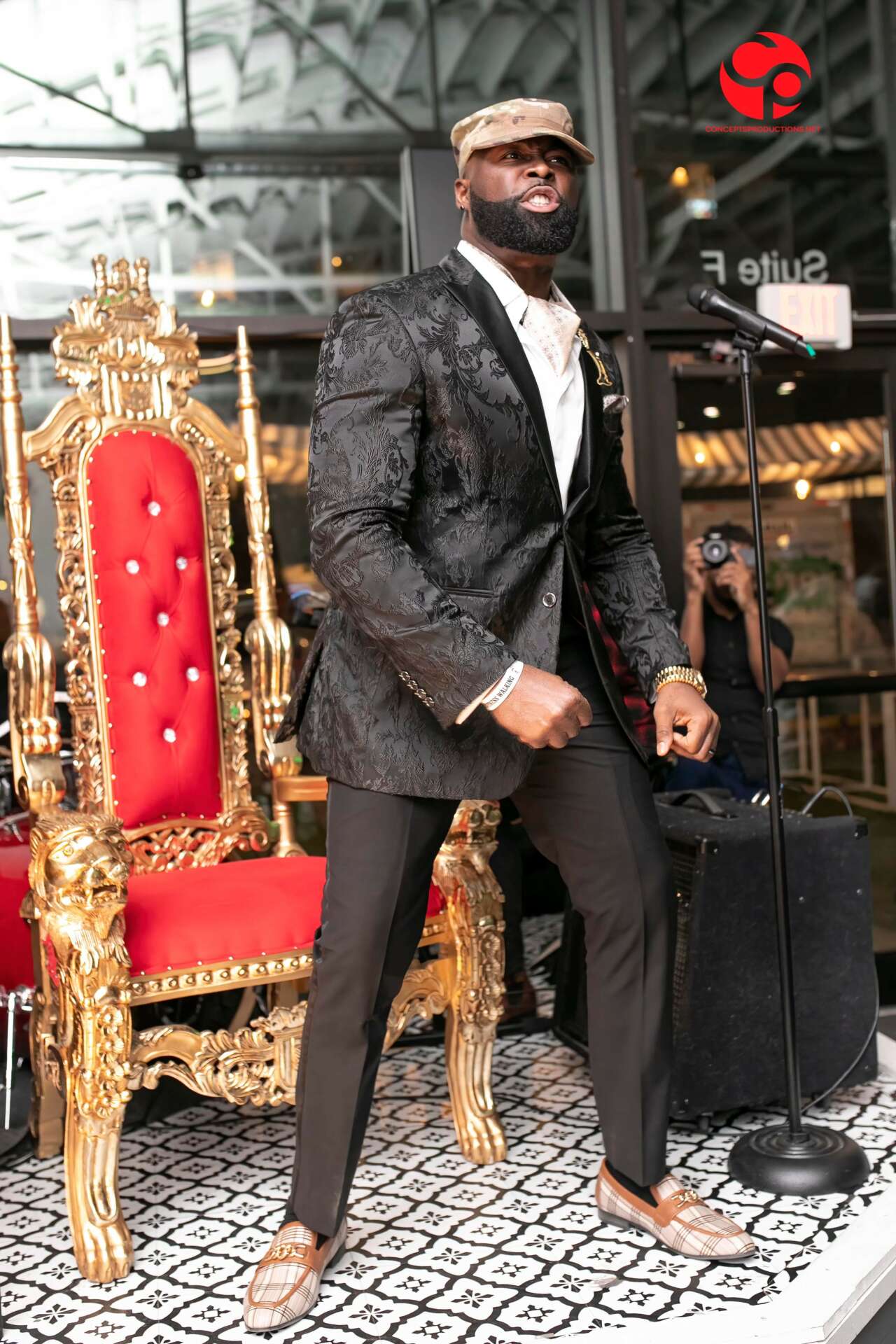 We’re excited to introduce you to the always interesting and insightful Cordney McClain. We hope you’ll enjoy our conversation with Cordney below.

Cordney, thanks for joining us, excited to have you contributing your stories and insights. We’d love to hear about when you first realized that you wanted to pursue a creative path professionally.

I grew up in Oklahoma City as a youth that always desired to become the role model that I never had; to see a certain Black man – authentic, dapper, educated, and virtuous with a strong community mindset. Following college, that was full of outreach and high hopes to break out into the world and become this immense community leader, I became enamored with school debt and the pressure of corporate success. Until one day while working a job that I hated (at the age of 25), my team lead said to me, “Cordney, be careful with your life choices. I’ve been here for 25 years and I’ve hated it for 22 of them.” My mind was blown and I decided to find what I love, become extraordinary at it, and create a career path so that I would not become an old man that has regretted his life choices. My answer was always in my face. Spokenword, community outreach, youth development – all I had did passionately for years but had never approached the idea that I could be paid for it. I began using my sick leave and any other opportunities to leave my cubicle to do the work that I loved and people began noticing, paying me, and now I can say that I do what I love every day. 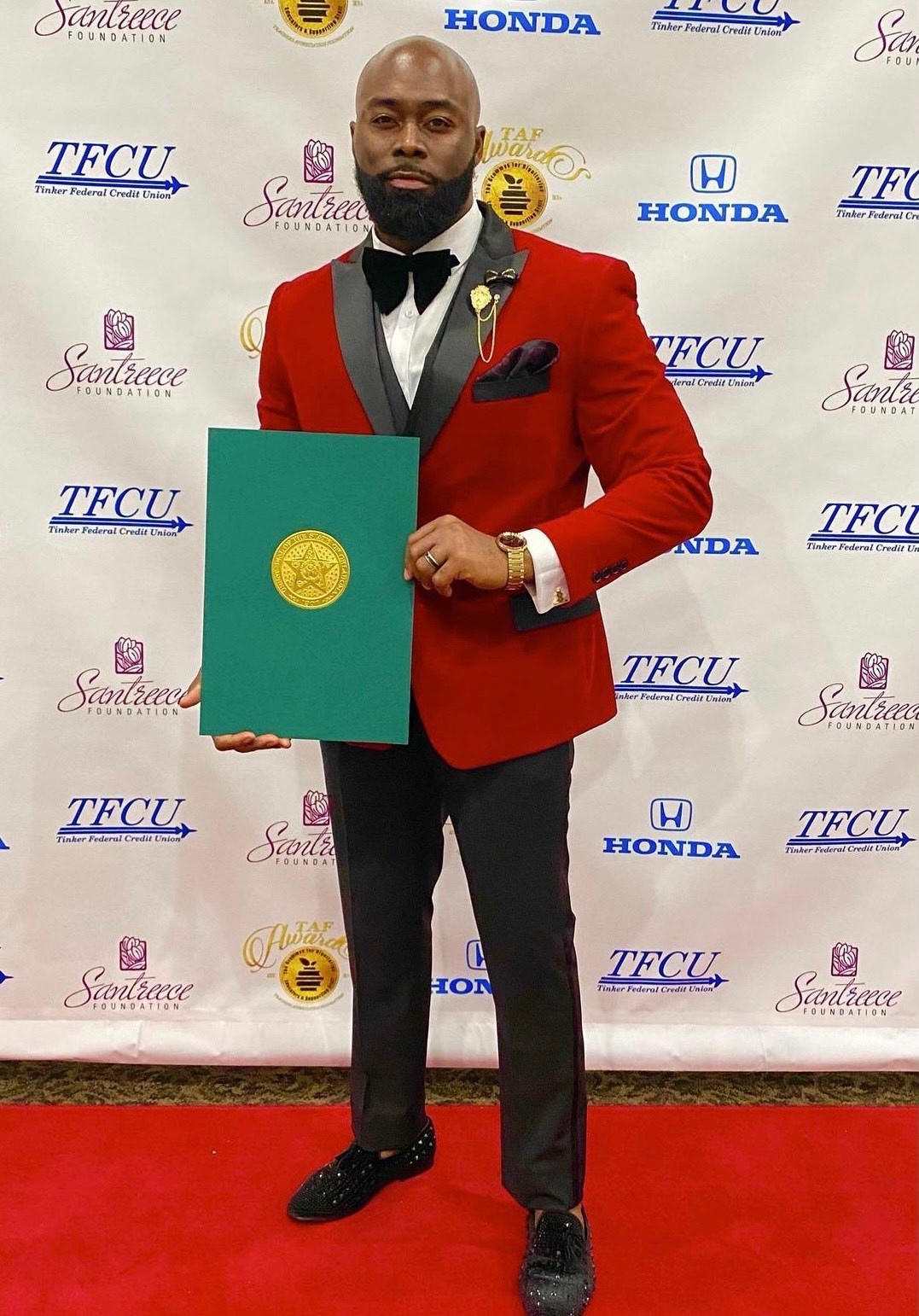 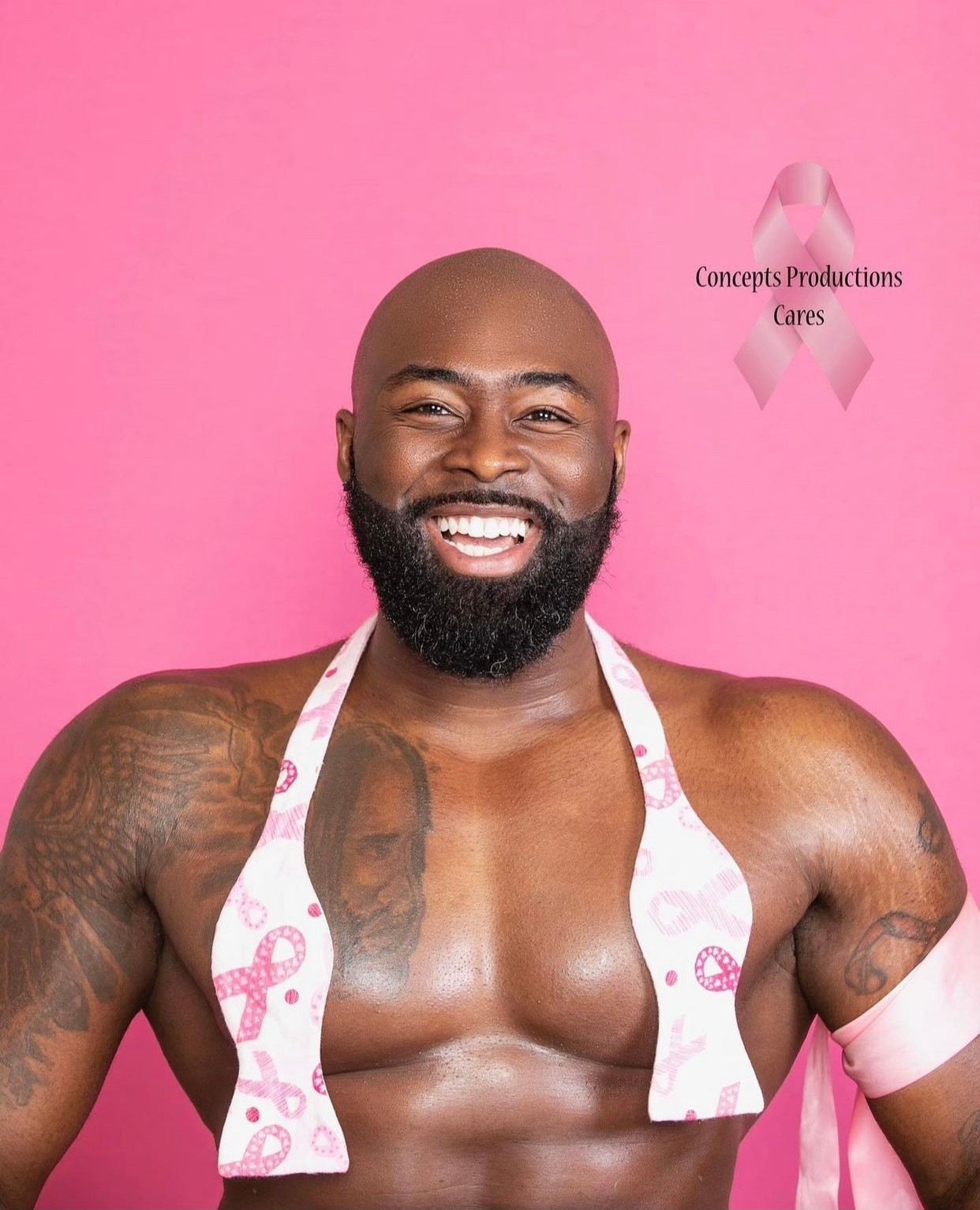 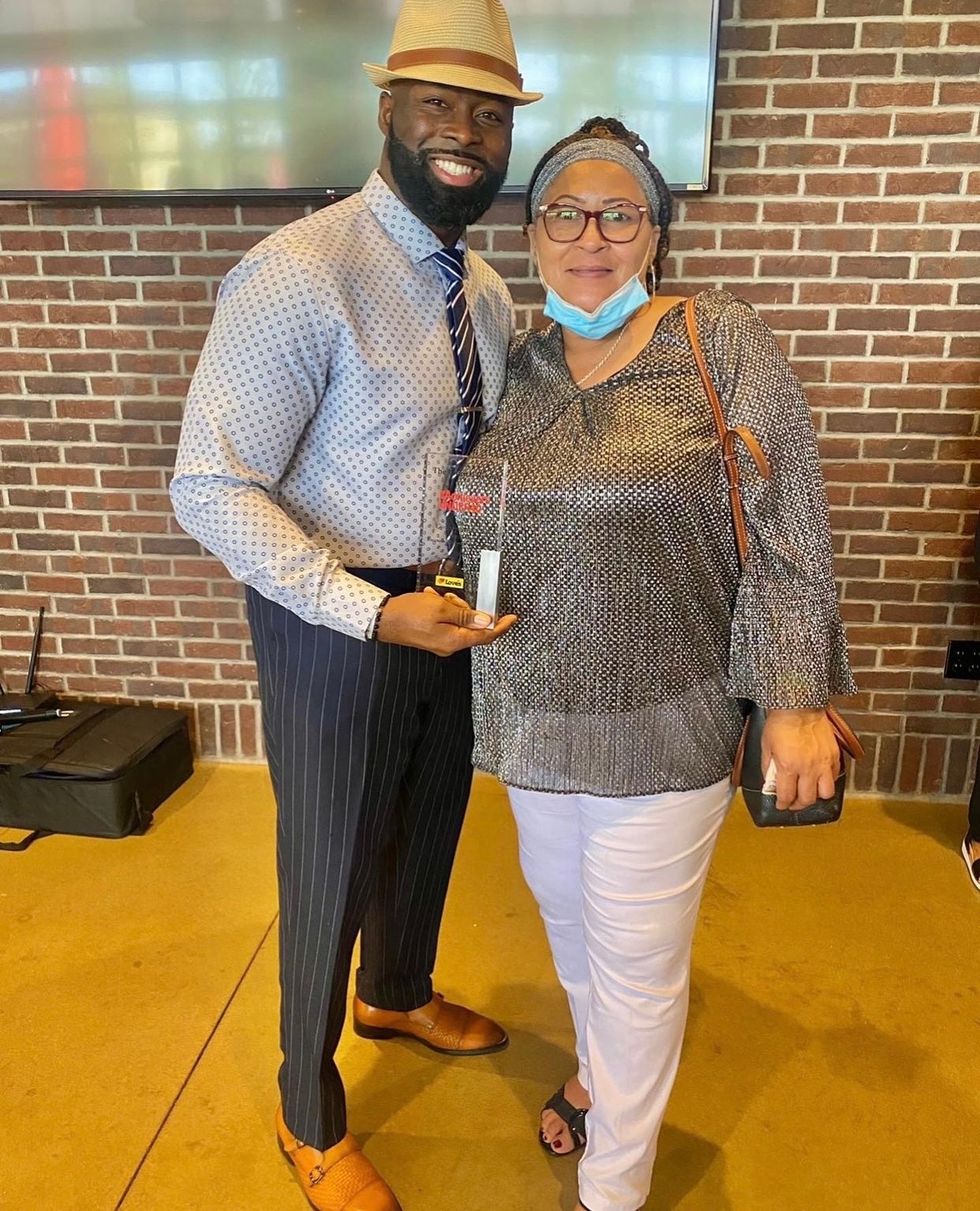 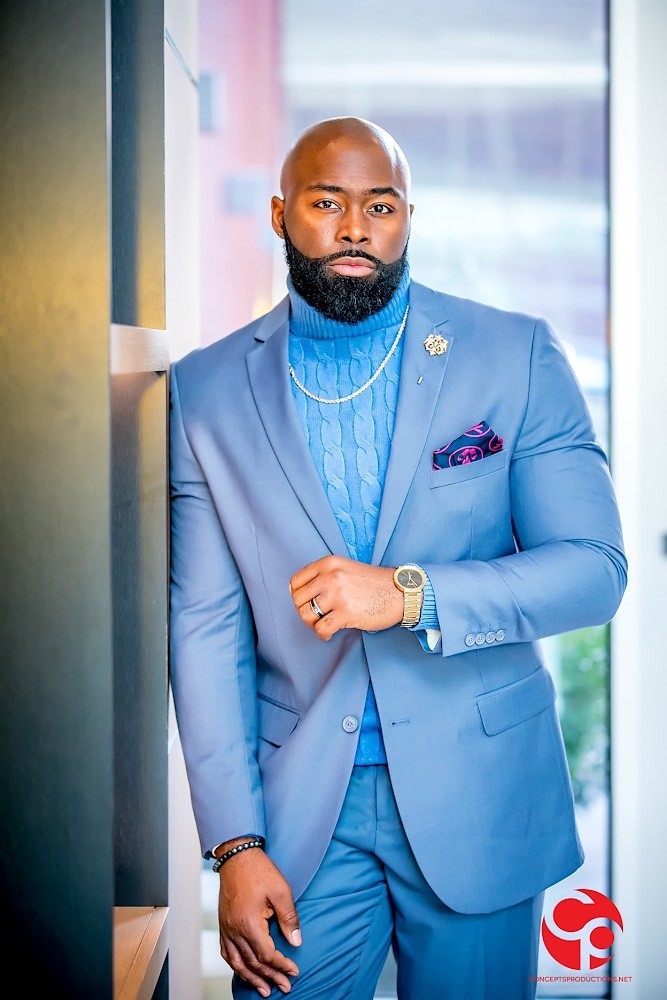 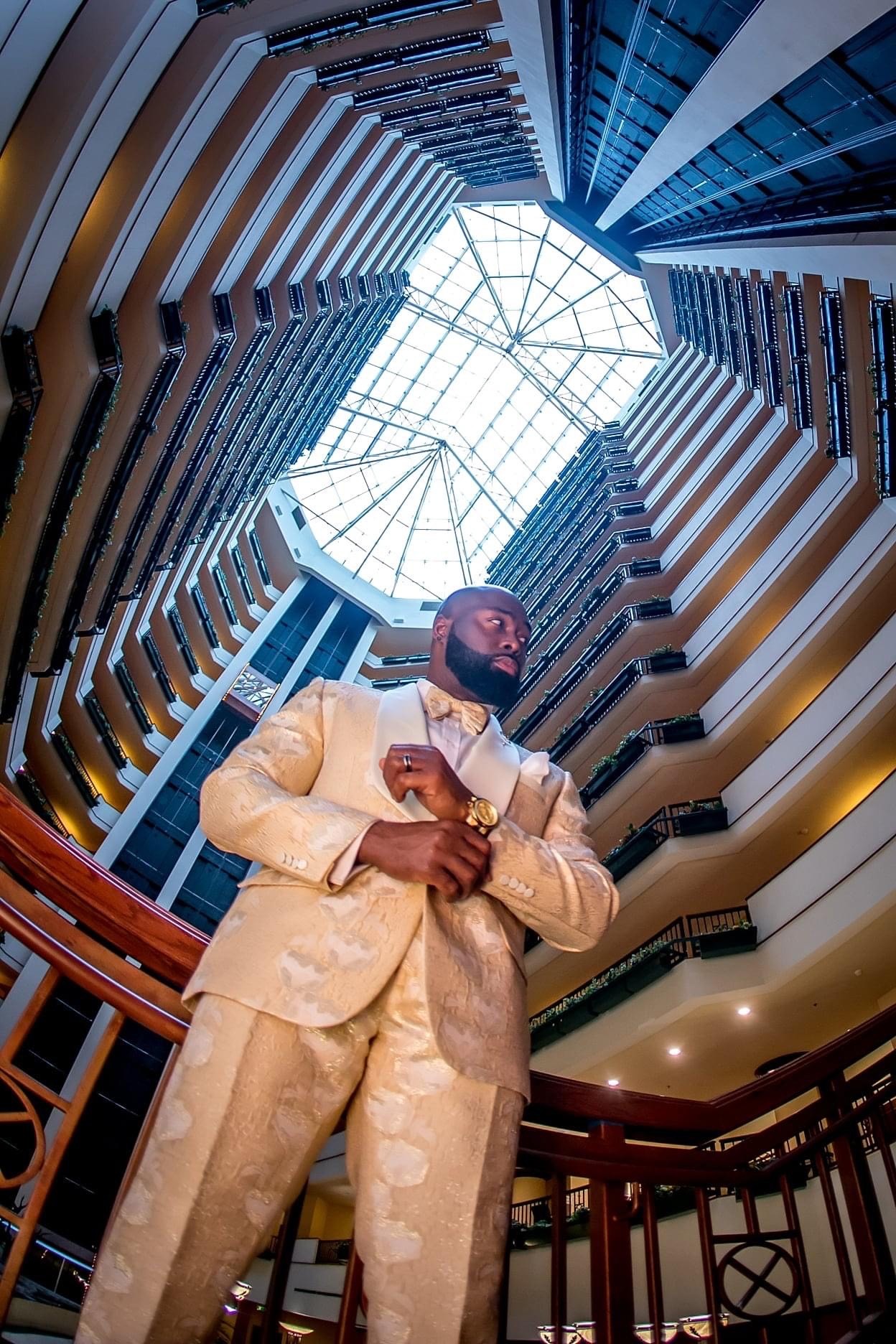 Better known in the artworld as “MAC Woods”, I was raised by a handful of strong Black-Cherokee women. I grew up in Oklahoma on the southside and eastside of Oklahoma City but most of my family is from Muskogee, Oklahoma. As a child, I frequented Muskogee very often and many people not familiar with the area would not know of the high drug dealing, drug abuse, and violence in the area in the 90s was heavily prevalent. I was a young and observant child with nothing but influences of male role models such as pimps, pastors, and drug dealers. These male role models along with the strong women in my life shaped how I looked at manhood, being family-oriented, and my infatuation with success and monetary gain and as a result has shaped my story that I’m honored to share with you today.

I have recently resigned from the University of Oklahoma as the Director of Diversity and Inclusion for the Price College of Business. In support of my wife and her career aspirations, my family will be moving to Tulsa, Ok in the summer. I hold multiple certifications in areas such as financial literacy, diversity and inclusion, and project management but my passion is primarily community outreach with over a decade of mentorship and professional development experience. Holding several chairs and board positions such as University Central Oklahoma’s Black Male Initiative and the STARR Foundation for the Metro Technology Center of Oklahoma City, my passion for service has afforded me the award Oklahoma Journal Record’s Achievers under 40 – Class XVIII. I am a member of Kappa Alpha Psi Fraternity, Cherokee Nation Citizen Excellence Awardee, an Oklahoma Army National Guard veteran, and the official spoken word artist for the Oklahoma Police Department’s juvenile outreach program.

Professional accolades aside, since the time of my adolescence, I have studied the art of rhyming and fell in love with Hip-Hop and its spoken word origin. I am a self-published author of Blacker Than Shakespeare’s Ink (2018) and also a multi-recorded spoken word artist streaming on all platforms including my own album with the same title as the published manuscript. My mission, by way of zealous yet eloquent messages, pursue to inspire, evoke emotion, and present visions while giving a front row seat of my personal narratives on race relations, class, religion, and personal evolution. I have newly dived into another passion within acting that has lead me to be a major feature actor in Oklahoma film producers, Notis Studios’, Black Wallstreet Burning that has been in over six Harkin locations in five states. Since 2019, I have been able to be in a multitude of film festival short films, local commercials, and extra opportunities in a couple of major feature films.

I am married to a beautiful woman named Carrie McClain and we are blessed with two daughters, Kimora and Camílla. Coming from a single-parent household and some violent environments, my mentality on rising from hard times is that “we are not our environments but of it and they are components that if used correctly will be the powerful weapons to build our evolution.”

I evolved to be a semi-successful Black man in America and though life can be not so equal in opportunity and privilege, I never thought I had it rough. It was not until I became a working adult is where I saw underlying racist institutions that halt career progress. The “good ol’ boy system” within the aerospace industry, oil field, and the military explicitly showed me that to be a successful Black man in these arenas, I will need to either perfect code-switching in which I could possibly lose the authenticity of my true self or simply be extraordinary above the rest in productivity. In the same breath of this realization, I had to make the decision that if I enjoyed any of this then I had to commit myself completely. The answer was that I did not, and I had no passion in any of the fields that I had occupied but helping others was a staple in every endeavor that I served in outside of office spaces.

MAC Woods Ink is my personal DBA focused on my spokenword, printed work, and artistic curriculum based on self-identity and self-actualization with the primary emphasis surrounding art. It is an entity in conjunction with McClain Inclusion Consulting with a special niche in business consultation focusing primarily on the implementation of equity, inclusion, and diversity initiatives and cultivating new business practices, policies, and intentional organizational change.

With the mission of both passions in mind, spokenword and inclusion implementation, according to federal data, the median wealth for white families in 2013 was around $141,900, compared to Hispanics at about $13,700 and blacks at about $11,000. “Everyone is pushing a boulder up a steep hill, but for African-American and Latino families it’s a much steeper climb”. Many of the issues of wealth surround itself around race but many facets are the lack of knowledge of financial literacy, recruiting methodology, promotion disparities, equity understanding, and youth professional development among predominantly white institutions. The mission and what we are known for is providing guidance mainly to the inner Oklahoma City youth currently between the ages of 8 – 18 to discover their endless amount of possibilities through life skills.

When our youth lack guidance or experience severe life stress, it is not uncommon to succumb to the negative pressures of their environment. We are a nonprofit organization represented in many of the boy’s and young men’s summits and conferences in the surrounding areas executing sessions in such areas of financial literacy, college readiness, dress for success, career strategies, healthy living practices, and an improved self-awareness and self-image through workshops and mentorship. MAC Woods Ink believes that through these efforts such as individual self-development, the supply of adequate resources, and an improved self-awareness, our youth, from Oklahoma through Texas, can become successful, self-reliant, dream chasing, professional-oriented, self-aware, and compassionate people.

I am also a member of Poetic City which is a 501 (c) (3) nonprofit organization with the mission to provide opportunities and platforms for youth and adults to express themselves through live art with the belief that art is a means for therapy and a source to reach one’s true potential. The CEO, Tavie “Bleek” Blakely, has been able to build authentic relationships with other community/art-focused entities from here to New Jersey and Philadelphia and create opportunities for us to host workshops, perform, teach curriculums based around art and self-expression, and sit on multiple educational boards around the city. The President, Sharita Renee has kept us organized and team oriented. As a group, we can be contacted and booked at www.poeticcity.org.

A lesson that I had to unlearn was the systematic detriment of complacency; the mindset to just get by. In this country, marginalized groups of people have a generational curse of working hard for someone else to make enough money to live paycheck to paycheck, and pray intensely for the opportunity to make conditions better for the next generation. I got caught up in this mindset even before I had children. I paid too much attention to “just surviving” and not pushing to thrive. I went from an inspired college graduate to an overworked, unappreciated, on the verge of depression twenty-five year old until I understood that I could change the trajectory of my life and career but I had to research myself and discover my passions that I believe showed me my purpose. Becoming so enthralled in my purpose and passions, I now will never go back to the mindless complacency of “just surviving”. I plan to say “yes” to every opportunity that excites my spirit while learning how to monetize it most efficiently (because we ALL have bills to pay!). 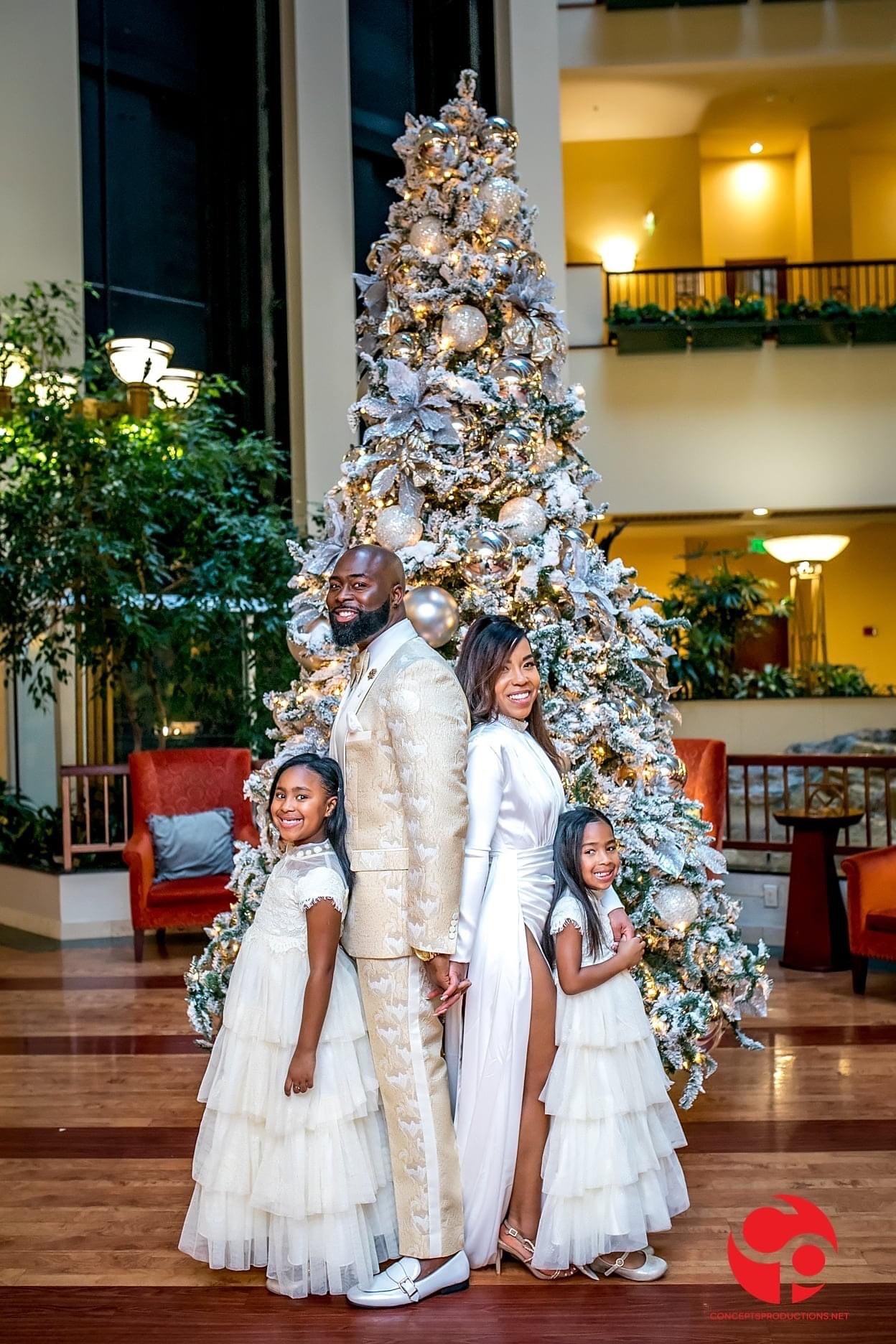 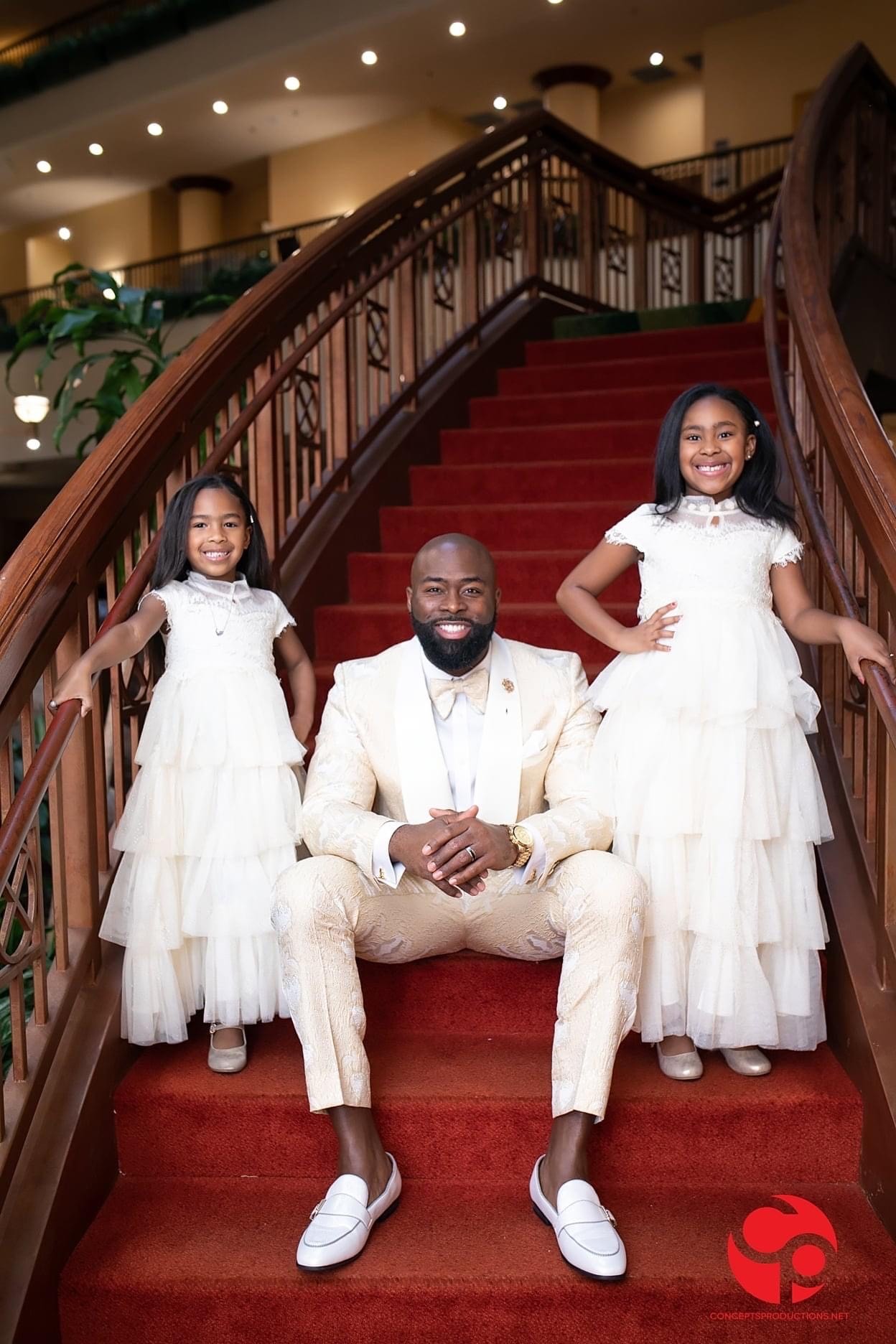 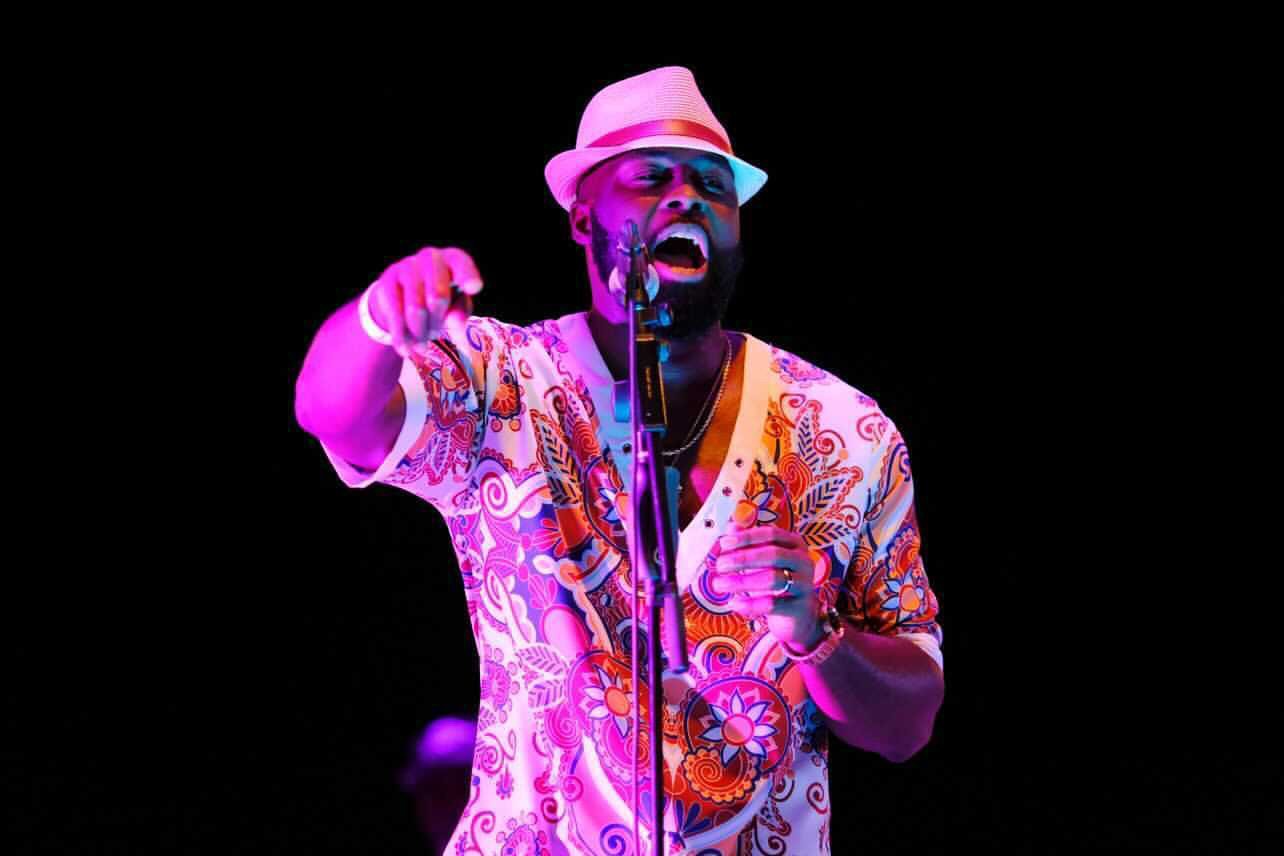 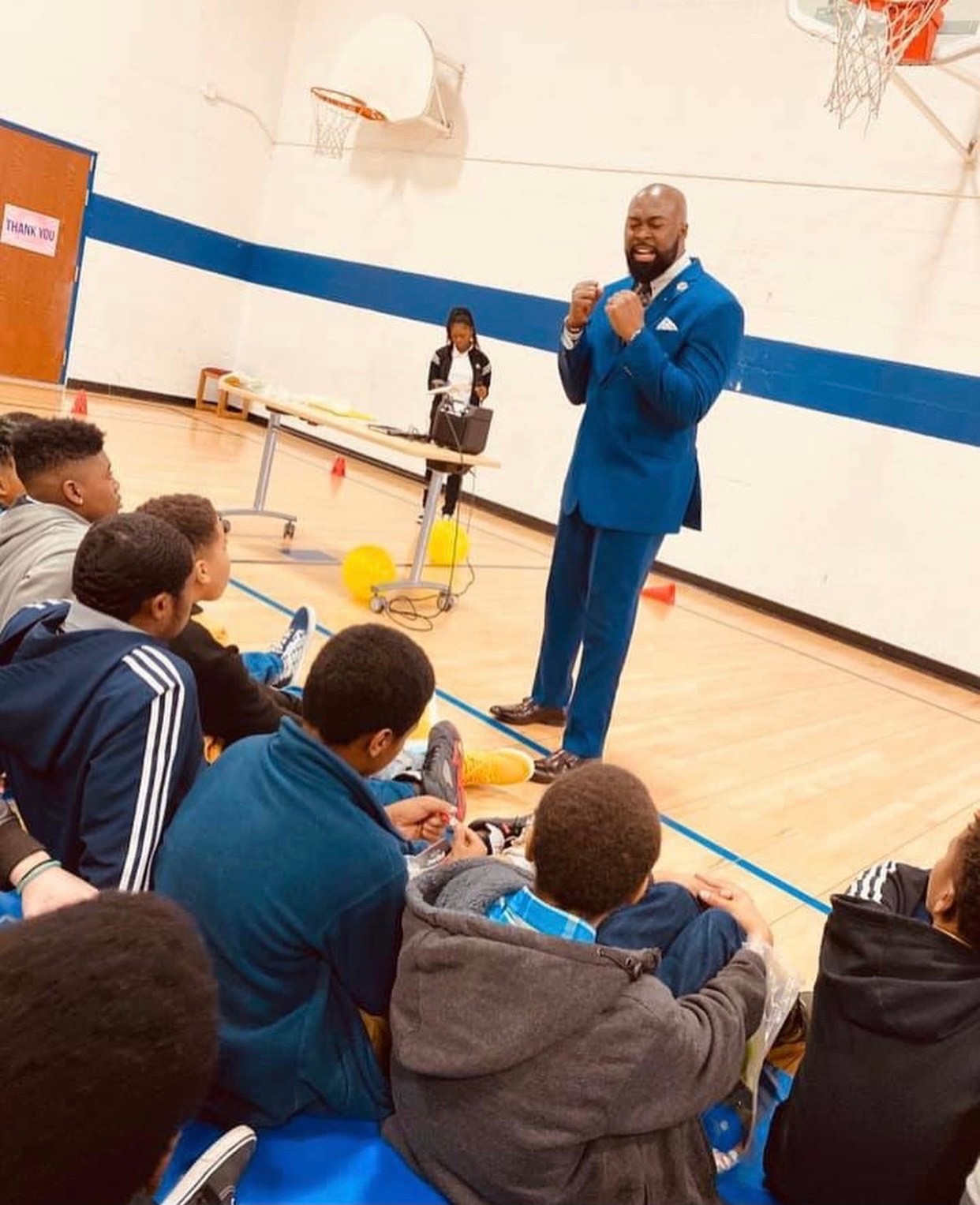 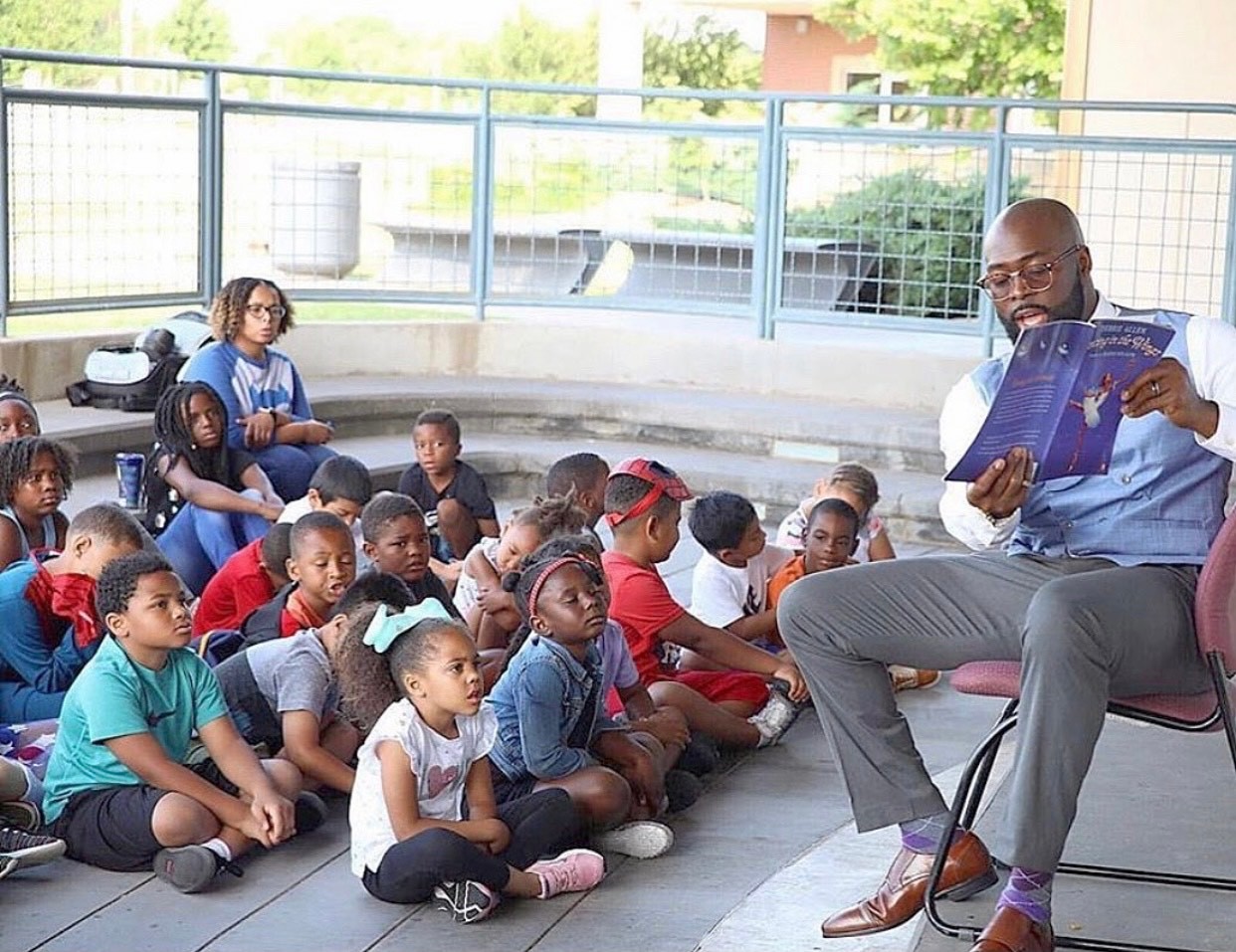 I have a long way to go to become an elite on social media but one thing that I have done extremely well is become a consistent and branded presence and I can attribute that to self-mastery and a concept that I would like to think that I have coined of “Execution God”. A concept that surrounding fusing the art of self-control, understanding passion and purpose, and intentional time management. My branding focuses on fitness, family, equity, outreach, fashion, and performance art such as acting and spoken word. I am consistent with these concepts, and it has served me well because when someone thinks of MAC Woods, they know what I stay for and what I am interested in.

This has provided me acting roles, conference keynote speaking jobs, youth development committee chairs, and also school board seats. These were all afforded to me because I make it well known what my interests are and when in the “right” rooms and among people with the deliberate influence, I make sure that I deliver so that it is understood that I am not only interested but a subject matter expert, professional, and will deliver in an excellent manner. Referral is “king/queen” – remember that so when you “show up and show out”, people will talk and bring your name up in rooms that you have not even stepped in yet. Some people put “favor” in a luck or religious context and while I thank the good Lord for providing, I also know that favor comes from being prepared and taking full advantage when time presents itself.