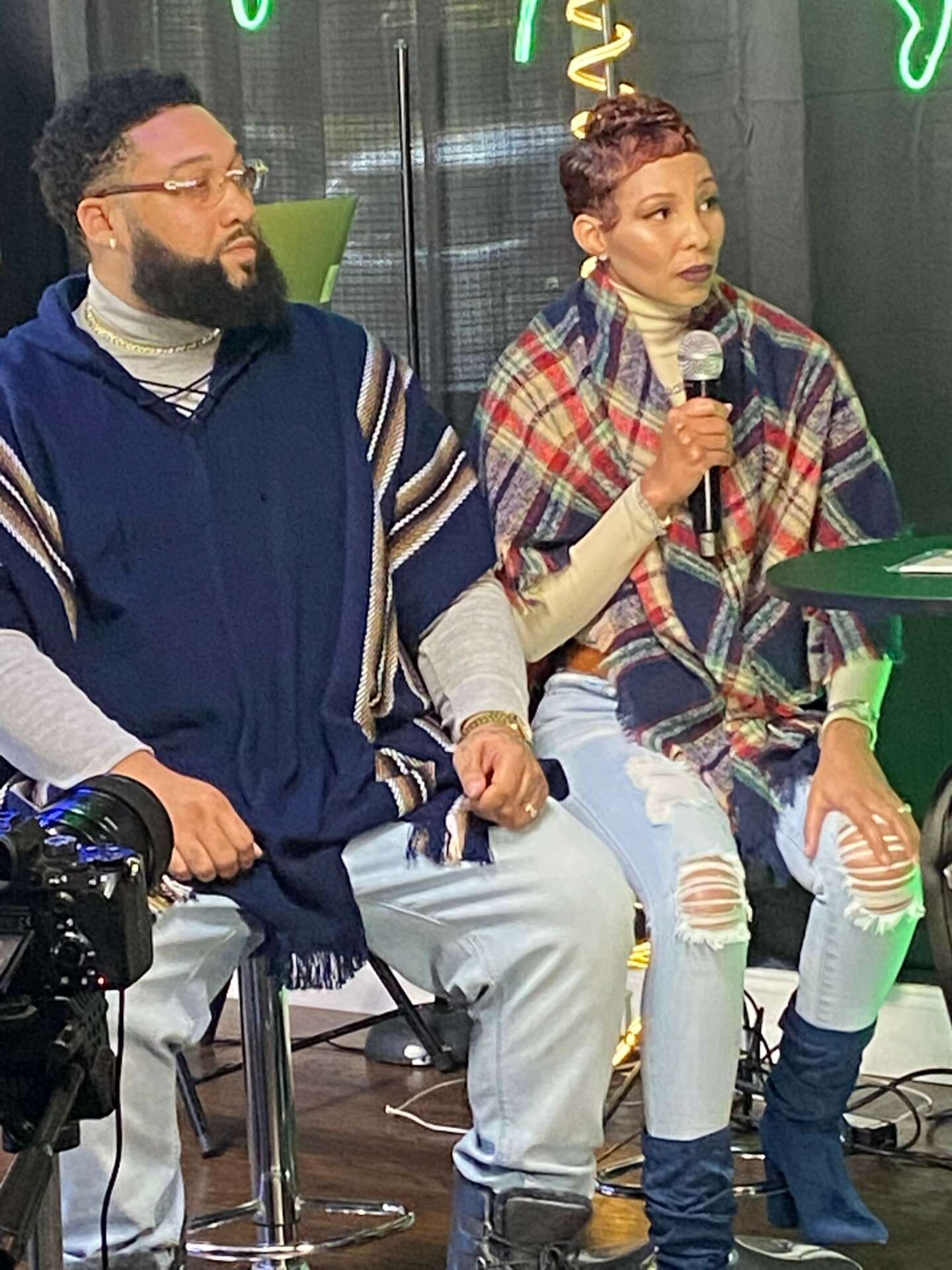 We were lucky to catch up with Christopher & McKenzy Bowers recently and have shared our conversation below.

Christopher & McKenzy, thanks for taking the time to share your stories with us today So let’s jump to your mission – what’s the backstory behind how you developed the mission that drives your brand?

Tivid TV was created because of the lack of distribution outlets that allowed creators to make a realistic ROI without reaching Hollywood standards and the lack of monetized support.

I (Chris) was looking for a place that I could submit my movie for distribution and I couldn’t find any outlets that didn’t want less than 60% of my earnings or either I had to have a certain amount subscribers before I could be able to monetize my project. After searching for awhile, I realized that there was nothing out there like that and instead of being discouraged, we decided to create it… 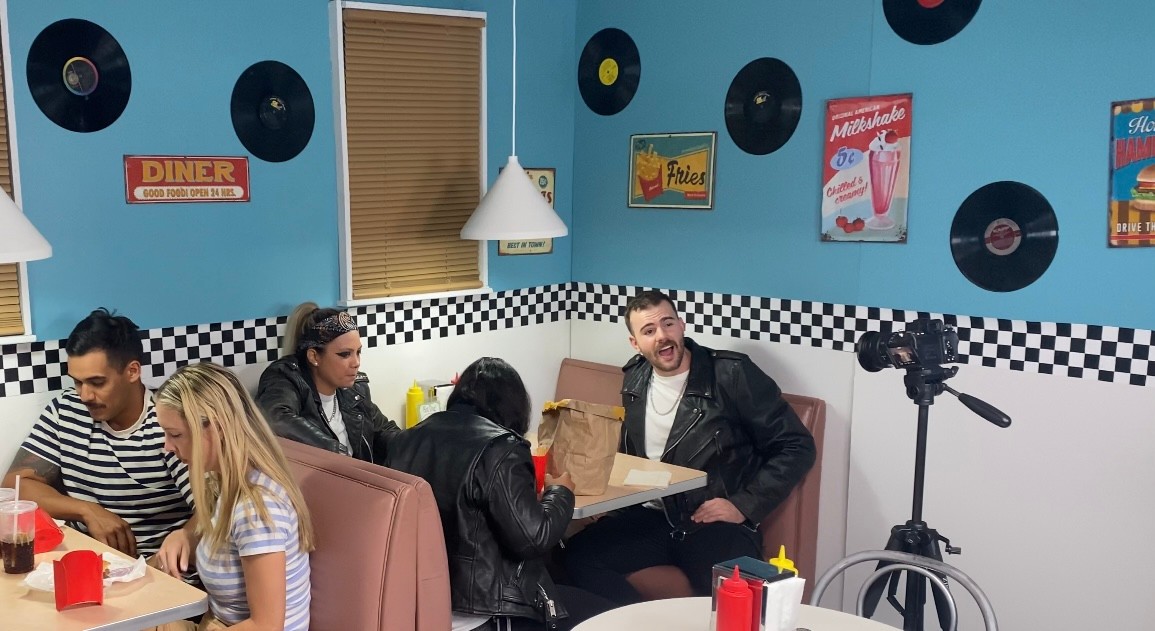 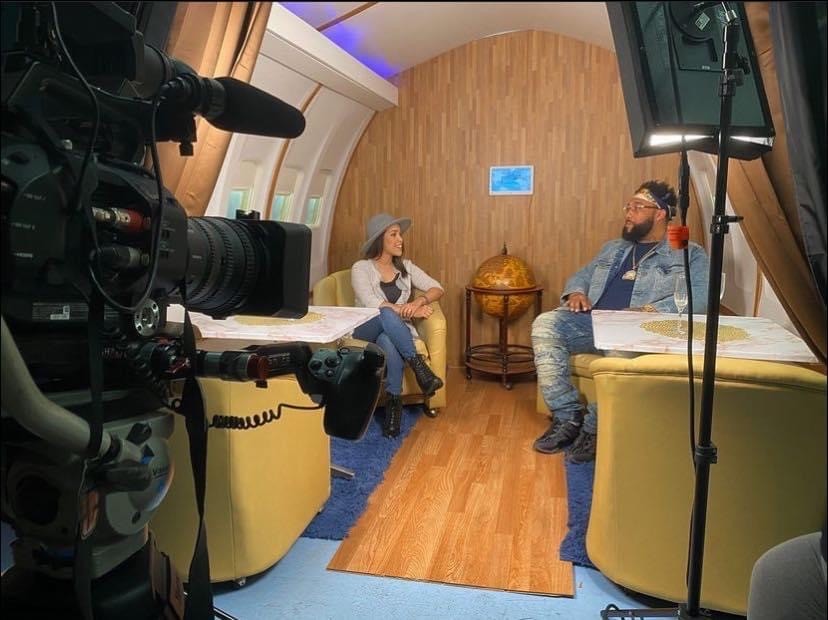 After being in the film industry for 15 years, we realized that there was an underserved market where independent filmmakers were unable to make a living off of the work that they created without taking an unfair split from larger distribution outlets thus making it unrealistic to successfully support themselves like other trades are able to.

In response to that, the Tivid TV self-distribution streaming platform was created that allows filmmakers and content creators to make 100% Royalties off of their project by controlling their pricing, premiere dates and targeted audiences. 4 years later, Tivid TV has created a physical studio in the heart of Orlando that allows brands, colleges and corporations to use pre-fabricated sets for short/feature films, commercials, music videos, documentaries and things of the like.

As a part of our mission, Tivid TV has created a 360° evolving ecosystem for the film community where people can learn, film, produce, distribute, and more!

Tivid TV started it’s online presence in 2019, since then we are now available to download in iOS, Android and RokuTV. In January of this year (2022) we have opened Tivid TV Studio in the heart of Orlando. Tivid TV Studios holds an array of prebuilt sets for filmmakers, corporate brands, and artists to shoot content. We have had tremendous response within the community.

Since January we have established a community partnerships with companies such as Florida Institute for Recording and Sound. The students and faculty of F.I.R.S.T Institute use Tivid TV Studios as their students back lot for their graduating projects, provide internships and philanthropy opportunities. We have been featured on Orange County TV, we have acquired a new music app called Tivid TV Music, we have been hired to produce movies that will be placed on Tivid TV and we are working on launching our next studio location in Austin, TX where we can expand the opportunity for other students in other cities to come into our facilities to obtain hands on experience in the media field.

Tivid TV gives the opportunity for young artists, content creators and film makers to make a profit off of their projects without having to reach unobtainable goals for distributor payouts. With partnerships such as with the F.I.R.S.T Institute we can place their students work on the platform so that future employers and interested parties can view the accomplishments at the touch of a remote giving access across the US.

After we created the platform itself, we filed for trademark over our intellectual property. Within the second portion of trademarking legal process, they have to announce the trademarking in the Official Gazette for opposition… It just so happened that Tivid TV received a letter of opposition in February of 2020 from Tivo Brands (Tivo TV) which is a billion dollar company that was one of the firsts to produce the set top box for cable.

Needless to say that we were terrified but we continued to act with determination, followed all guidelines and we won our trademark in June of 2020. From that moment on, we knew that the universe wanted Tivid TV to be here and to be successful and we have continued to move forward with pride! 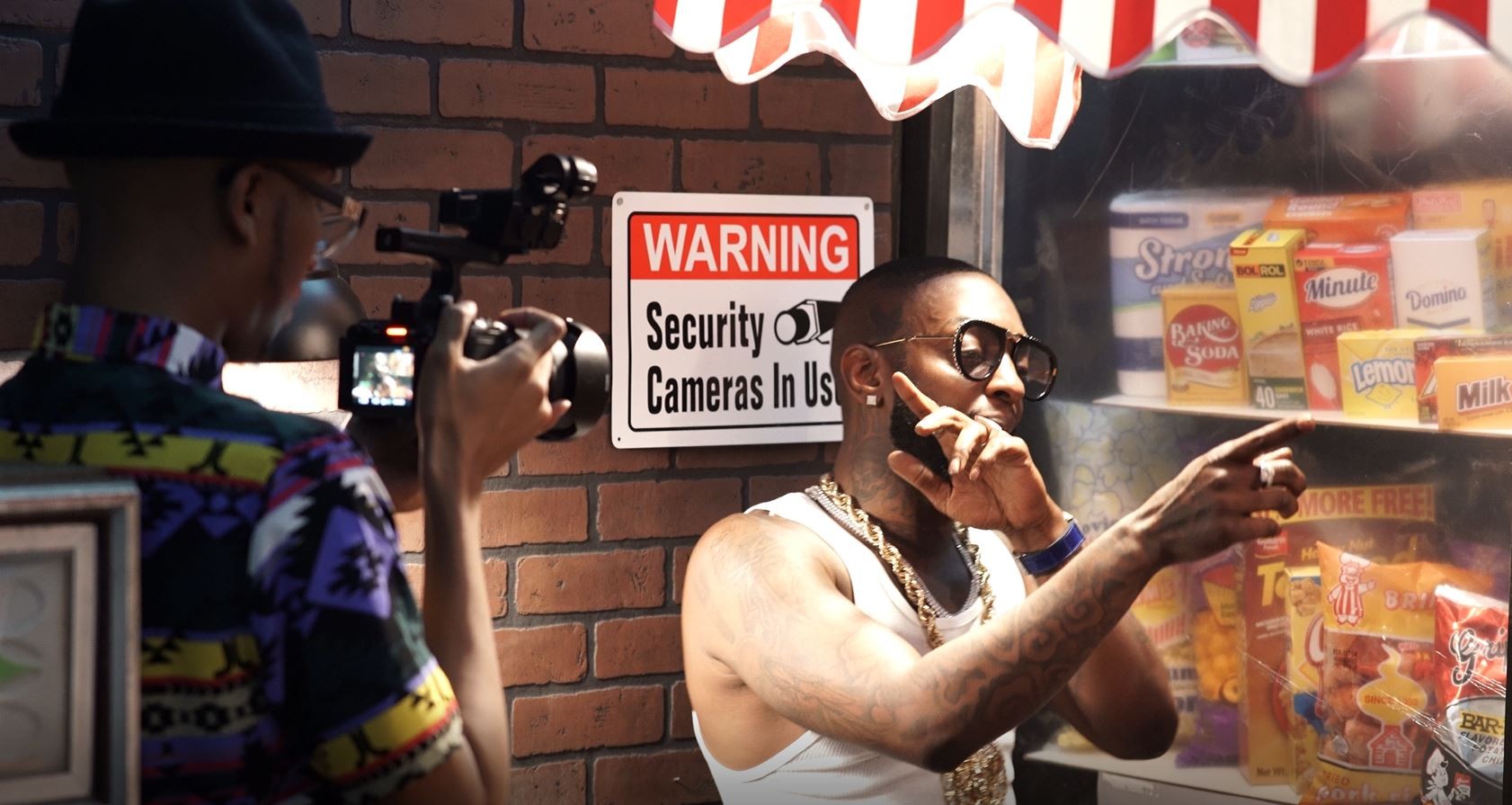 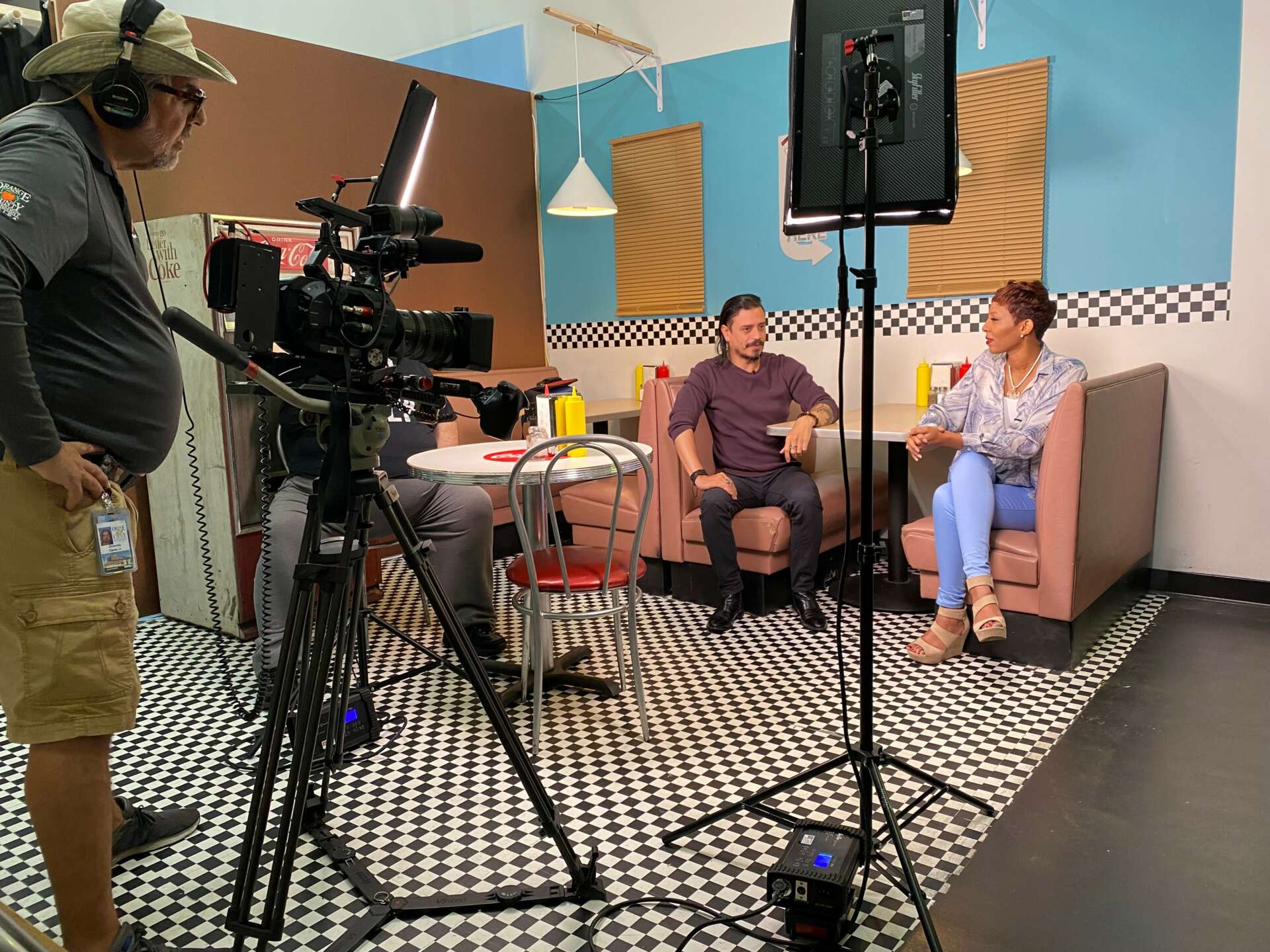 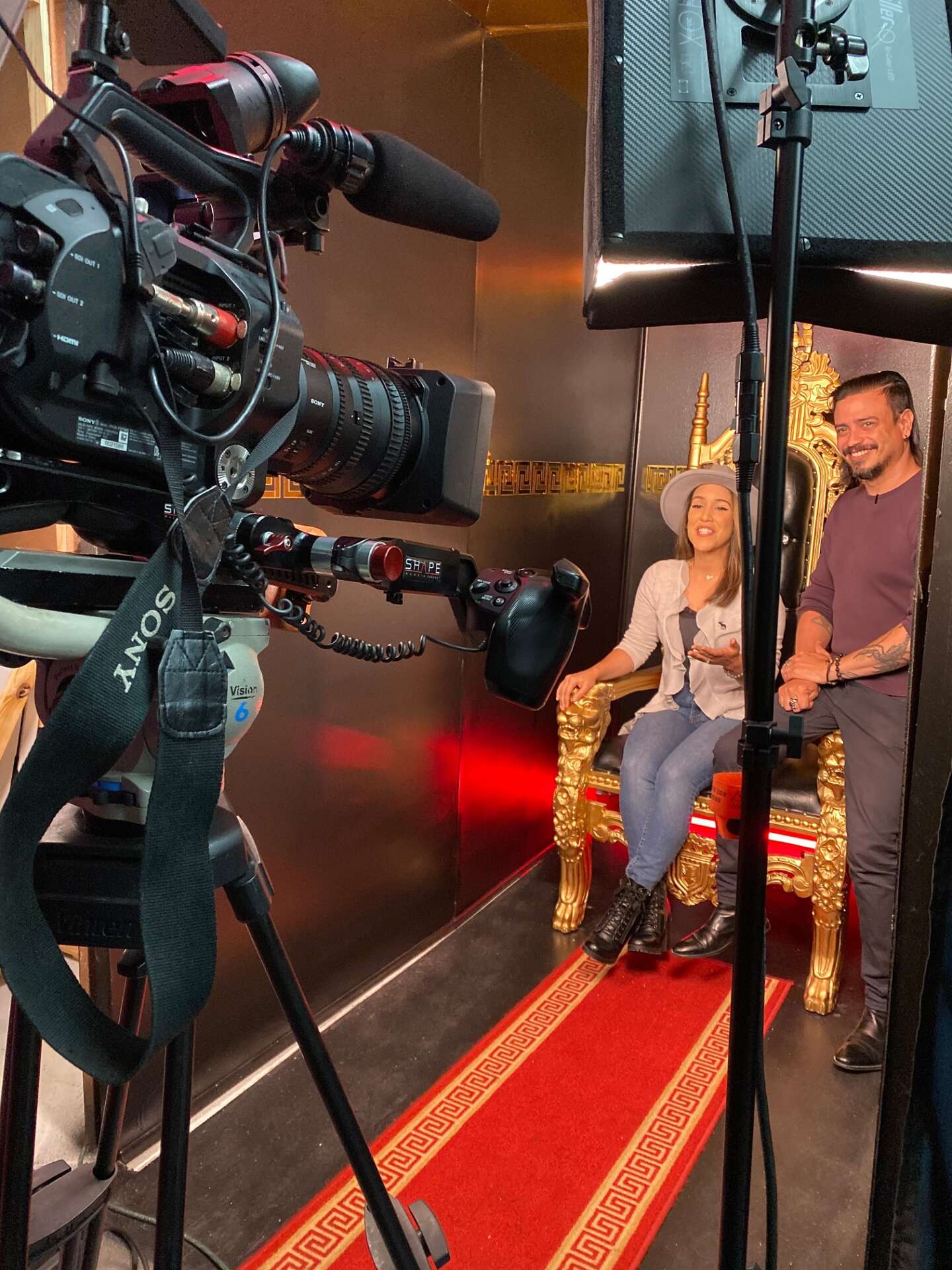 We self-published our own book called “NO CAP: The 10 Keys- Create a World That Does Not Exist Yet” during the beginning of the coronavirus pandemic. That book holds the 10 keys that we live by each day based off of the situations that we have been through entrepreneurially and personally.

In the beginning we thought that we were writing this book for everyone, but we soon came to realize that we really wrote this book to and for ourselves. When we speak to different entrepreneurs that we feel may need that extra boost of encouragement they may leave with a copy of our book and give us the most genuine feedback. Because we know that learning and deciphering information is different for each individual, we have our book as a hard copy, audio and kindle as well and can be found on Amazon for purchase.

A few of our favorite authors include Deepak Chopra, Dandapani, Joseph Murphy, and Robert Kawasaki.