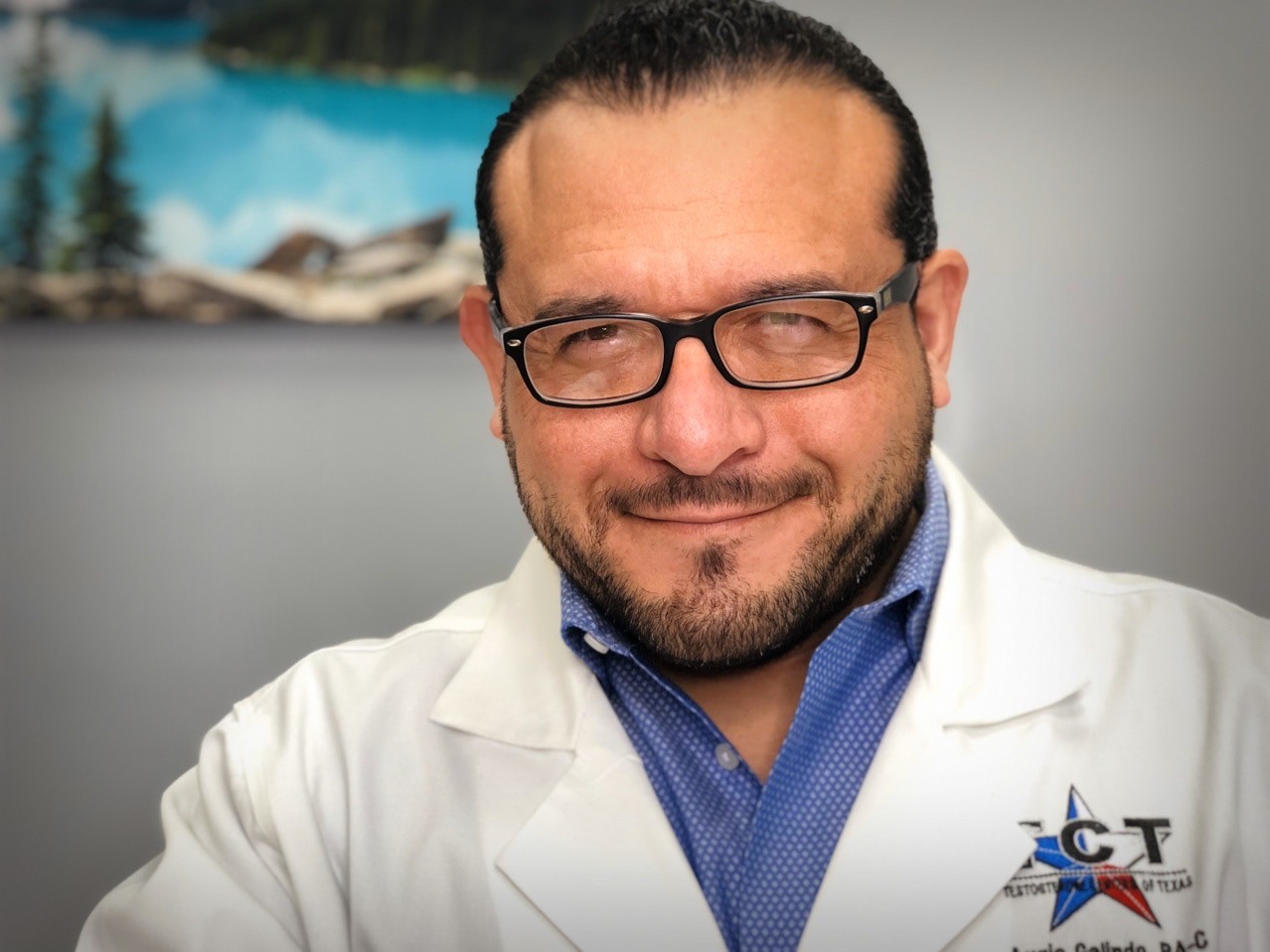 Alright – so today we’ve got the honor of introducing you to Augustine Galindo. We think you’ll enjoy our conversation, we’ve shared it below.

Hi Augustine, thanks for joining us today. One of the toughest things about entrepreneurship is that there is almost always unexpected problems that come up – problems that you often can’t read about in advance, can’t prepare for, etc. Have you had such and experience and if so, can you tell us the story of one of those unexpected problems you’ve encountered?
The unexpected twists and turns started at the very beginning of the practice. We were three physician assistants and one physician coming together to battle against a giant. Out of the four of us, none of us have ever been entrepreneurial previously.

Ultimately, we didn’t really know what we were getting ourselves into. We worked for a competitor and desperately wanted to change the company’s culture from the inside out. As clinicians, we wanted to be part of a practice focused on the patient/provider relationship. It became evident that we would be unsuccessful at changing that company from within. Unbeknownst to me, my future business partners had already been contemplating going out independently for some time. I was brought into the fray in July 2012.

After hearing their pitch, going back to my own drawing board, learning how to, and writing a business plan, putting together a pro forma, and creating two years of projections for our growth model, I was on board.

By October of that year, I put in my notice, and I was taking out a $50,000 loan for my equity stake in TCT. We were all very excited, and we all had our own ideas of how we wanted things to run. In my head, I had decided that one of the keys to our quick success was to espouse an “all in“ mentality. I wanted to take a portion of our war chest and provide one salary for the three PAs to share. This meant we would still have to scrimp, but all three of us could be working day and night on launching our practice.

Having already taken on my own personal debt, I was willing to make smart leverage choices to preserve the one, shared salary. Half of the partnership was very much against going into debt at all. The money that I had mentally earmarked for our first year‘s compensation ended up being spent on a high-quality lab analyzer and license purchases for our electronic medical record system.

This was a big deal for me. Honestly, it was almost a dealbreaker. But, my money was already in the kitty, and I just had a find a way to work around it. I took a job working at urgent care across the metroplex. It was over an hour one-way if traffic was good, and traffic was never good. I’m a truck kind of guy, and I was schlepping across the Dallas-Fort Worth area in a tiny little Prius on a 2 1/2 hour round-trip, three or four days a week.

The clinic was open six days a week, so the three PAs shared the week by working two-day blocks on a rotating basis. The other days, we still worked for the clinic, but we also had to make ends meet for our families. I was working 12+ hour shifts in a busy urgent care, and it only took about two weeks of our clinic being open for me to realize that I knew how to run the clinical side of the clinic, but I had no idea how to run the business side of a practice.

I decided to take that 2 1/2 hour round-trip and turn my Prius into my personal classroom. I found a whole new bastion of knowledge that I had never tapped into before, and I was hungry to learn. I’ve never been much of a reader, but I found the genius of Audible, and it wasn’t long before I was hooked.

I stumbled upon a handful of great books by people like Seth Godin, Karen Berman, David Allen, and even Dale Carnegie. In doing so, I found an essential book in my journey, the personal MBA by Josh Kaufman.

The book itself is excellent. For my personal development, even better was his list of the 99 best business books. They were broken up into categories like finance and accounting, sales, productivity and effectiveness, and the one that I never had any training in, marketing.

Over the next 14 months, I consumed more books than I ever had in all of my years prior. I was ready to throw my hands and quit when I was forced to take a job across the metroplex to put food on the table instead of getting to work nonstop on building a practice. Instead, those 14 months became the most critical building blocks for what I needed to be working on as a person in order to have the positive impact I wanted to have on the practice.

Awesome – so before we get into the rest of our questions, can you briefly introduce yourself to our readers.
Before entering PA school at the age of 25, I worked in a warehouse, sales, the Attorney General’s office, the oilfield, as a fireman/paramedic, a BLS/ACLS/PALS/NALS instructor, as a handyman, a landscaper, A&P tutor, and flight medic. I also worked full-time for the first fifteen months of PA school.

After being exposed to the roles of physicians, nurse practitioners, and physician assistants, I wasn’t sure which direction I wanted to go. While working as a fireman/medic and ER care tech, I decided to ask ten physicians I knew if they would “do it all over again.” Every one of them said “NO!” When I asked the same question of Cathey, the NP I worked with, she hemmed and hawed a little bit, but eventually said “yes,” Don, on the other hand, was the only PA I knew, and he was the only person to answer that question with a resolute and emphatic yes. It solidified the decision I was already leaning toward.

I worked in emergency medicine for five years moved onto internal medicine in a home care practice. That job came to an abrupt and disconcerting end on leap day of 2012 when I learned that the FBI and OIG had arrested the practice owner for Medicare fraud.

Out of a job and not in a position to wait on credentialling, I was scouring the job boards immediately. I found many postings for employment in testosterone replacement and remembered that a neighbor, also a PA, had left GI after ten years to work for a testosterone practice. I stopped him the next day and asked about his transition, and he ended up greasing the wheel for me to interview with the company he moved to. A few weeks later, I opened the 14th clinic nationwide for the now largest TRT provider in the country.

We often hear about learning lessons – but just as important is unlearning lessons. Have you ever had to unlearn a lesson?
I had to unlearn the habit of being sated by a past accumulation of knowledge. The journey I am on now has made me realize that I am not one of the fortunate few who have a “dream job.”

I have learned to become passionate about the process and to be ok with the fact that once I perceive that I have met the yet-undetermined goals that dictate that I am satisfied with my mastery of the task at hand; I will then become restless and look for a new challenge that will inevitably lead me to the bottom of a completely new ladder to climb.

How did you put together the initial capital you needed to start your business?
I was the last man to the table. When my now business partners approached me about the opportunity of joining them, they had been contemplating it for some time, already. We first met in July of 2012, and I was very intrigued.

I wanted to dive deeper before making a decision, so I started studying how to plan a business launch. I wrote out a business plan, with myself as the audience; a concept pitch of sorts. I put together a proposed pro format and mapped out patient volume growth projections that predicted what I thought we could achieve in the first two years.

I was the only one of four who didn’t have the capital for my equity buy-in. While I had prepared the business plan simply to help myself consider the decision in an organized way, it became a valuable asset when I applied for my business loan. I was granted the funds and we were off to the races by November of the same year.