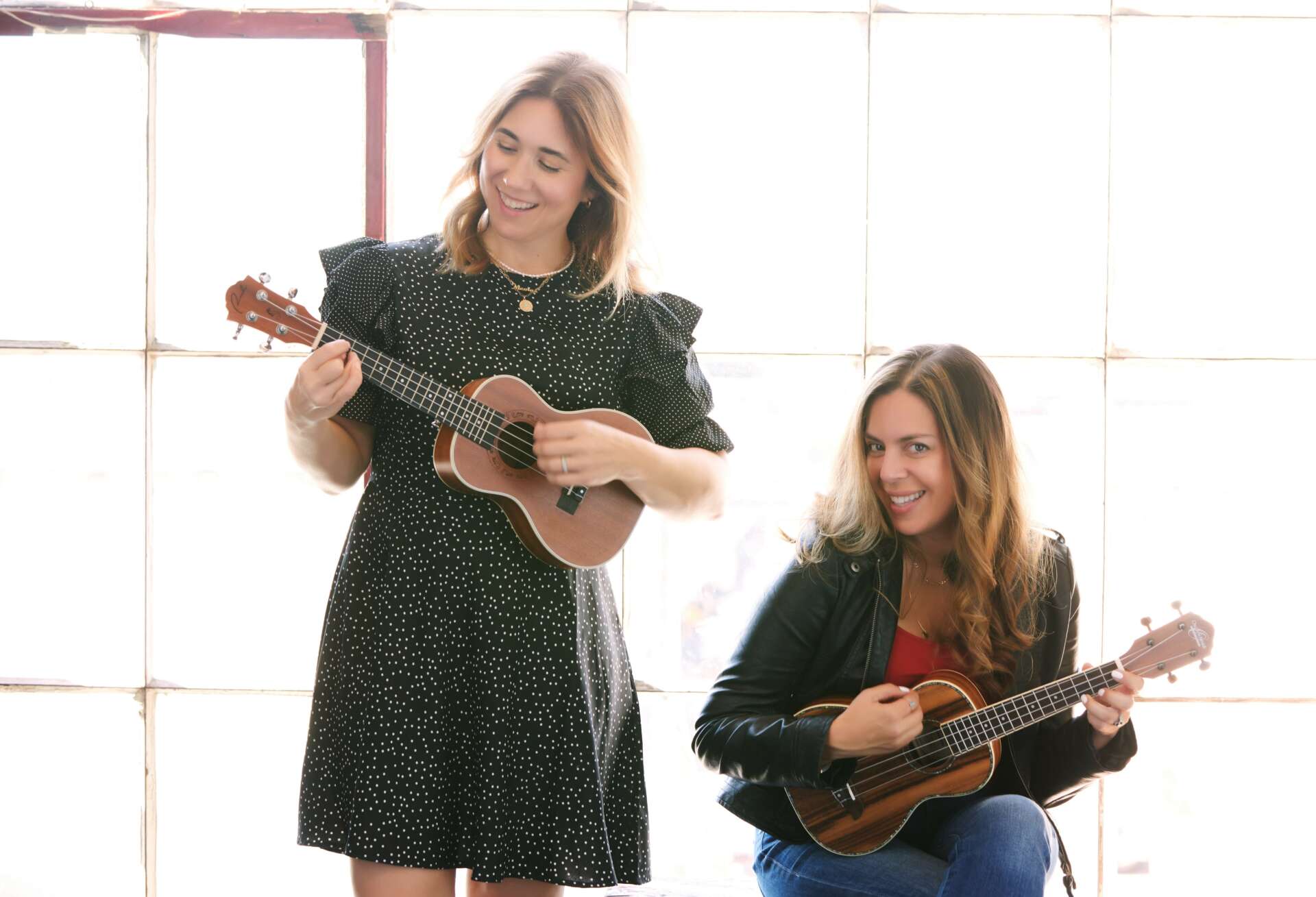 We’re excited to introduce you to the always interesting and insightful Again Again. We hope you’ll enjoy our conversation with Again below.

Alright, Again Again thanks for taking the time to share your stories and insights with us today. Can you talk to us about a project that’s meant a lot to you?

We are: Los Angeles-based musicians Jennifer Cook and Anne Montone and we make up Again Again, an award-winning performing duo that blends vocal and songwriting talents to create “songs for our times,” which celebrate the extraordinary opportunities of growing up right now.

Our second family album, Your Voice Is Magic, will be released on August 26, 2022 and is currently our most meaningful project.

Your Voice Is Magic is a bundle of loving messages about self-care, respect, and identity, in genres ranging from folk and pop to world dance music, with themes that directly relate to today’s childhood experience, including adoption, pronoun identity, girl empowerment, peaceful protest, fear of missing out, being the boss of your own body, anti-bullying, and more.

There is no way that children can escape the ubiquitous presence of the media with its graphic depiction of events and conflicts that are challenging to process, even for adults. We created Your Voice Is Magic to give children, and those who love them, a healthy place from which to launch thoughts and conversations about what is seen and heard.

In tandem with these objectives is the undeniable fact that as singers and songwriters we hope we have created an album that demonstrates the remarkable lyrical possibilities of the human voice. Taking this a step further, children learn how two voices can not only blend in perfect harmony, but also offer a vision of how the world should really be. 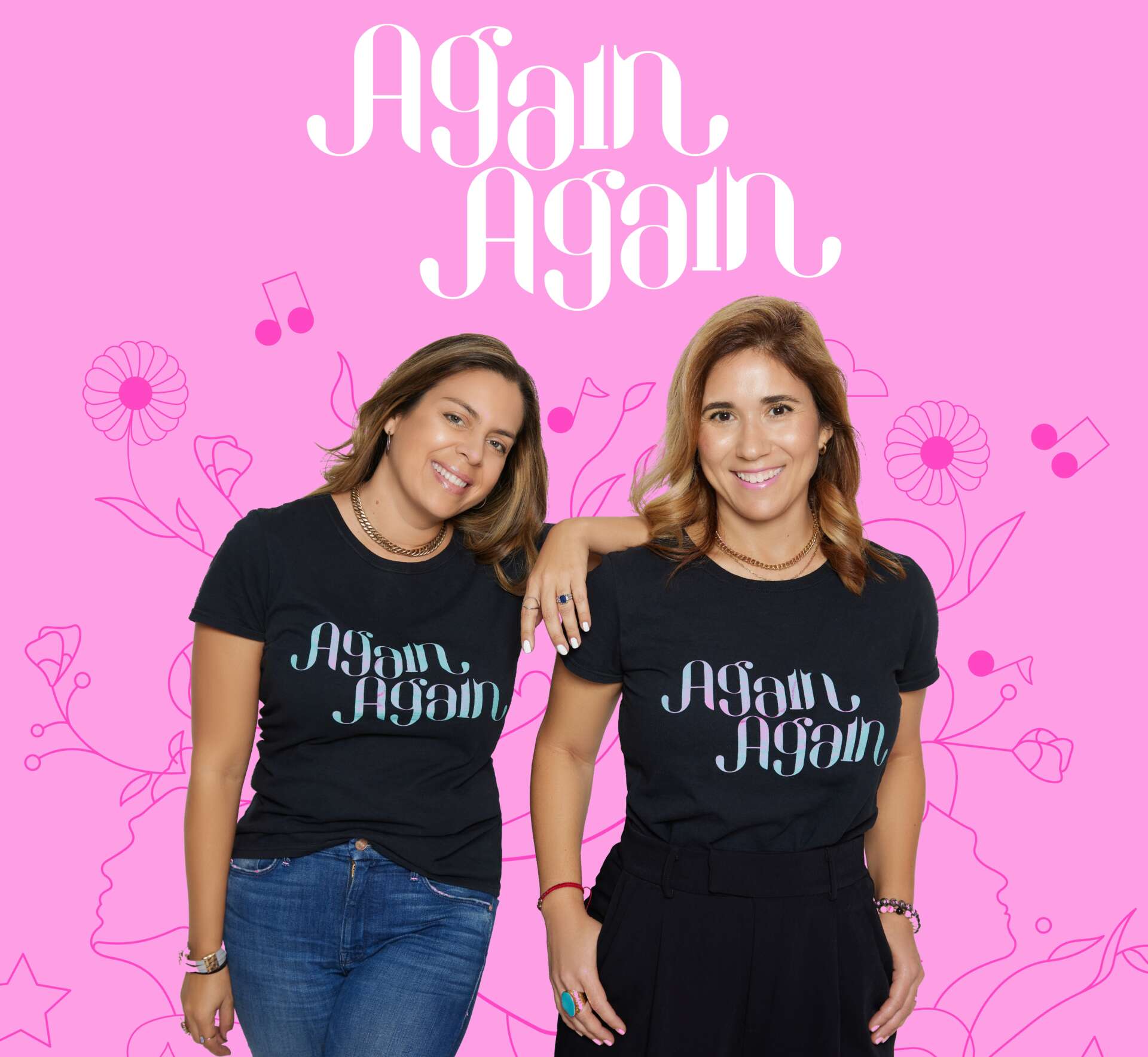 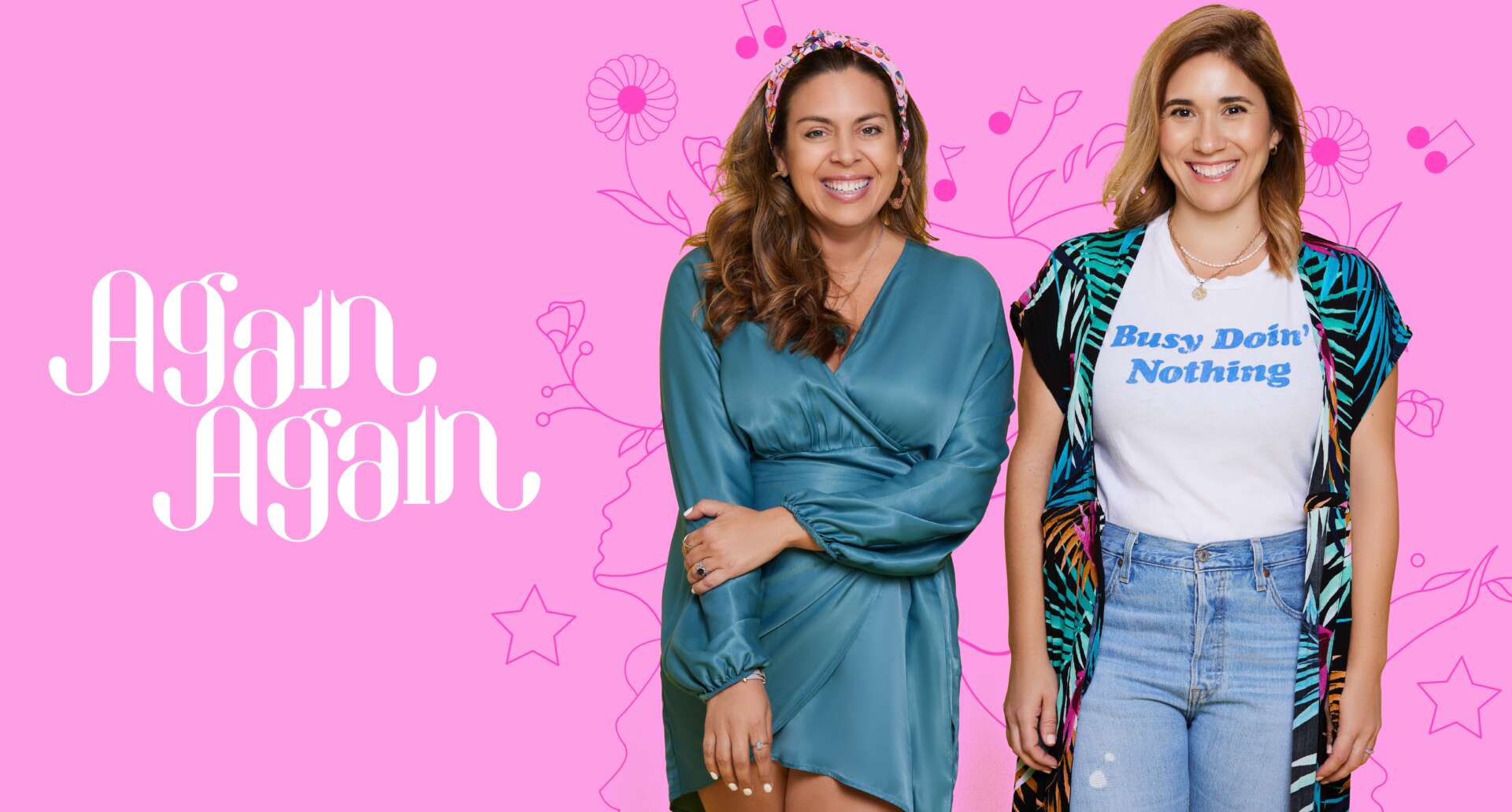 Again Again, before we move on to more of these sorts of questions, can you take some time to bring our readers up to speed on you and what you do?

Again Again is the creative vision of two musically inclined, lifelong friends. As a kids-at-heart pair of singer-songwriters, musicians, and parents, Anne Montone and Jennifer Cook, have developed a distinctive style of progressive music for all ages to be experienced again, and again.
Anne Montone is a native of Portland, Oregon who now resides in Los Angeles with her husband, two children, and mini golden doodle. Growing up in the great Northwest inspired her sense of adventure, and music has been a part of her family’s life for as long as she can remember. When not making music, Anne is a partnership development director for a global concierge company, curating experiences for a wide range of clients. Anne loves to travel and be in nature whenever possible.

Jennifer Cook has not only used her voice to sing, but also to educate and to portray fun and interesting characters through voice acting. Because her mom hails from Cali, Colombia, Jennifer grew up speaking both Spanish and English. She taught school for ten years, specializing in working with students on the autism spectrum. Jennifer honed her performing talents in Los Angeles, where she is now a professional voice over artist and lead singer in the band UNA.  She lives in LA with her family of two-legged, four-legged, and two-finned creatures: her husband, daughter, two dogs, and four fish.

Anne and Jen wrote music together right after college. Later, when they had children, Anne and Jen were both independently making up ditties for their kids and Jen for her classrooms… ie- math songs, bath time, bed time songs etc. Anne had the great idea of coming together to record these songs. Again Again was born. 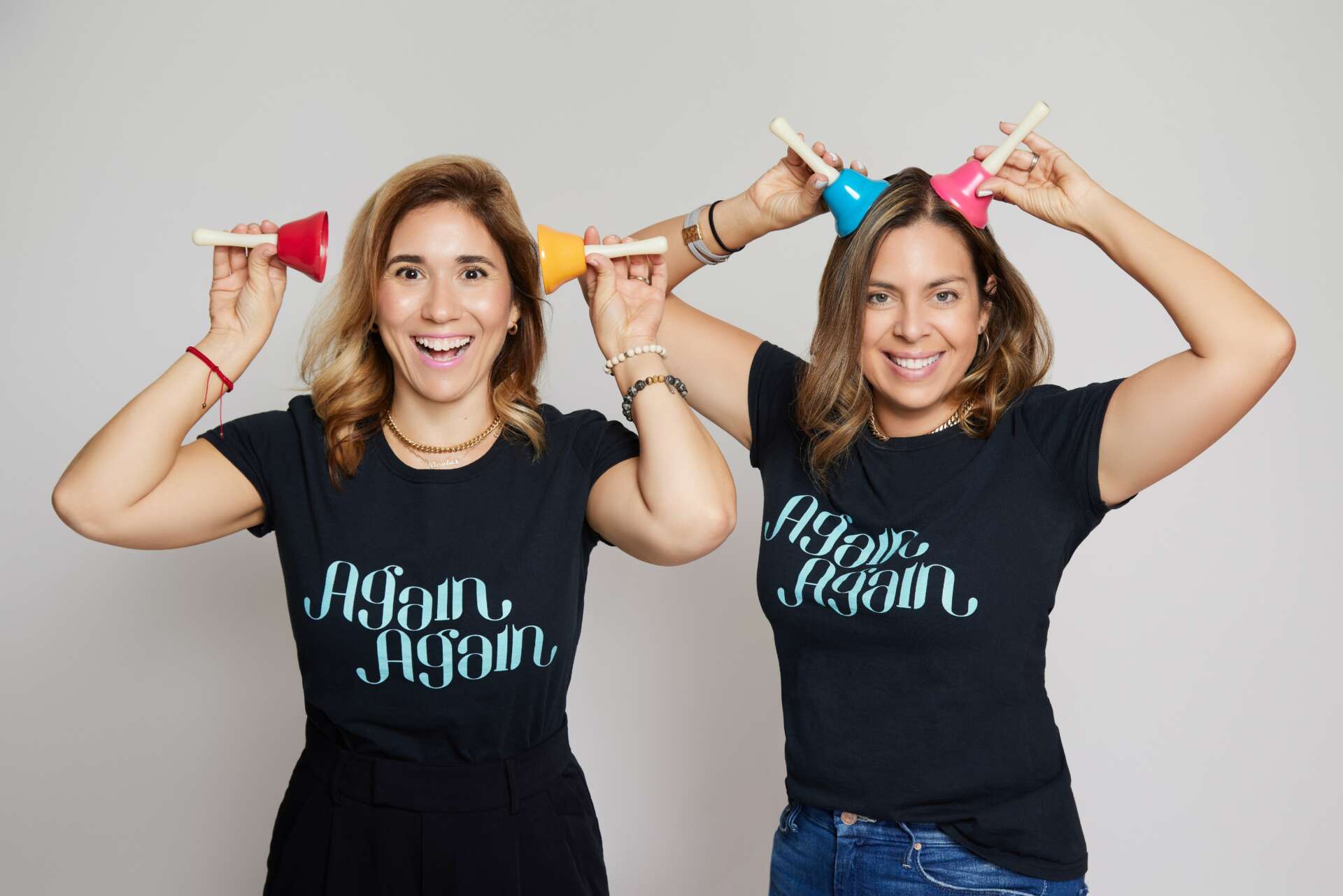 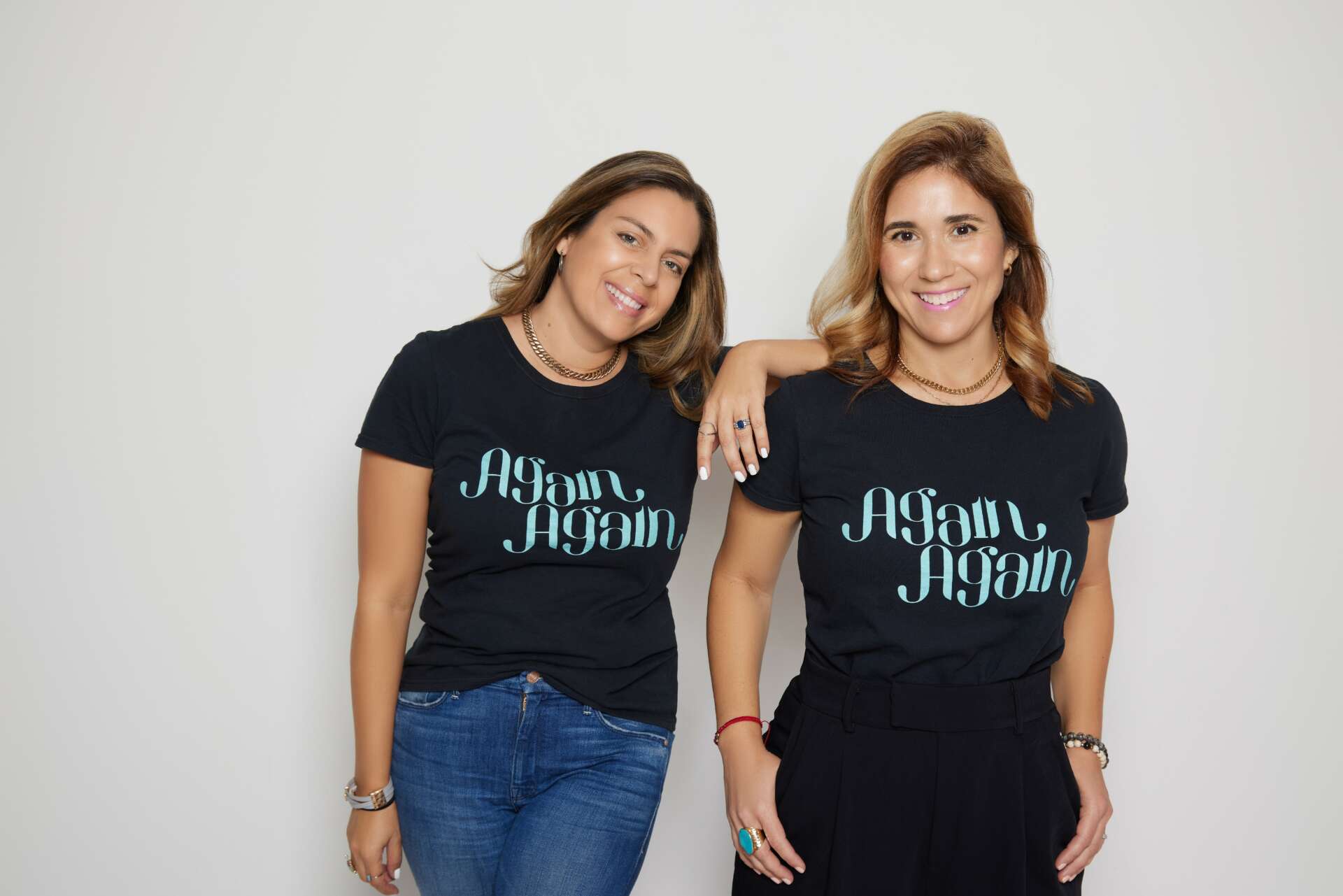 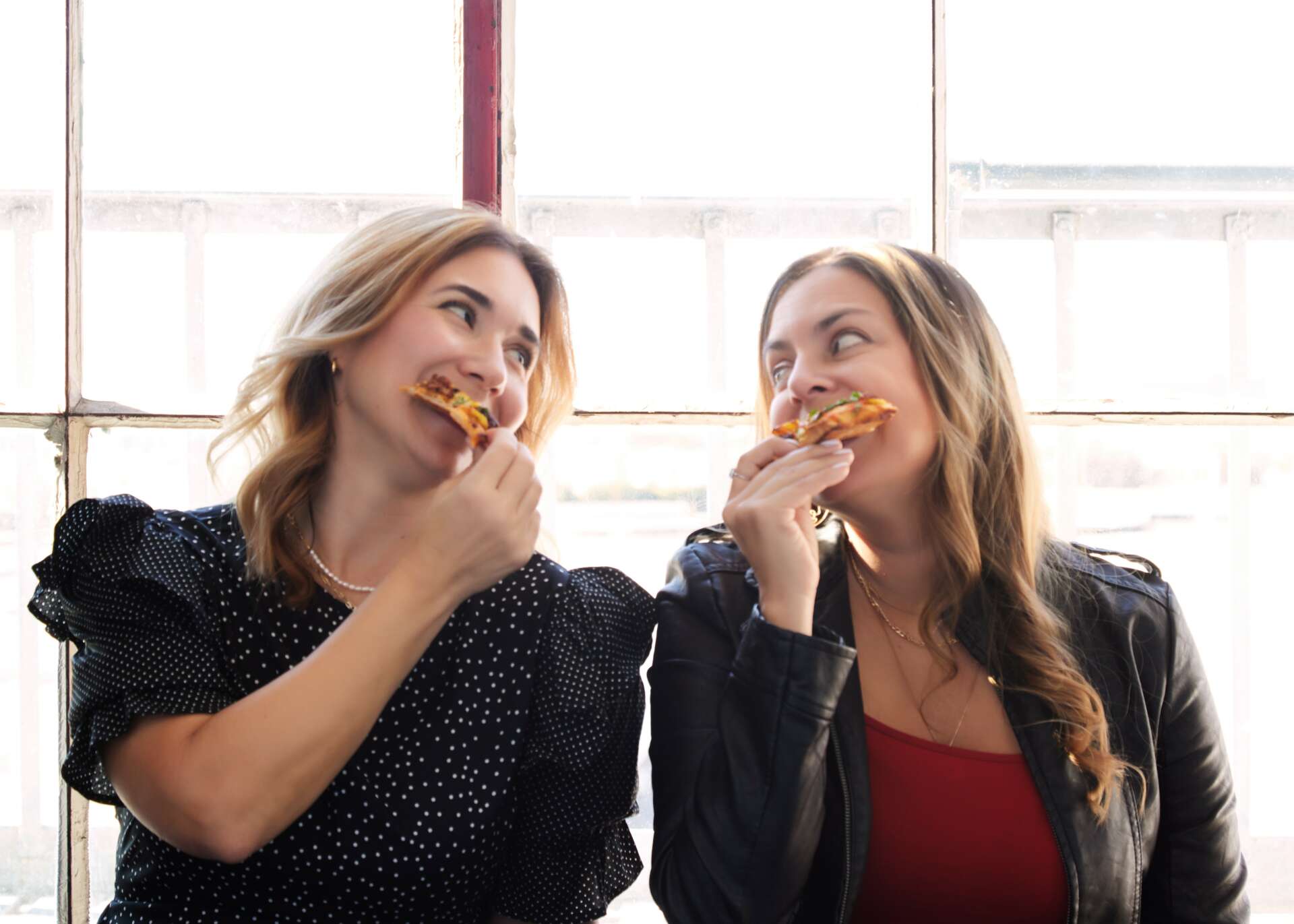 Again Again created Your Voice Is Magic to give children, and those who love them, a healthy place from which to launch thoughts and conversations about what is seen and heard.

While writing and recording Your Voice Is Magic, we were inspired by Nigerian musician William Onyeabor, Laurel Canyon folk, ‘80s rock, George Harrison, Beck, Luscious Jackson, Portugal. The Man, and Heart, and more. Below are some album highlights.

The catchy anthem, “Signs Up High,” is a positive protest song that reminds kids of a fundamental feature of democracy: “We march for what we believe. Stand tall, ‘cause all our voices matter.”

Triggered by kids’ curiosity about personal pronouns, we wrote “Pronoun Party” to help explain gender identity in a welcoming way while promoting a gender-equal and neutral society. The result is a highly entertaining song of joyful support, allyship, and inclusion.

“FOMO” is delivered in a mysterious, spooky style reminiscent ‘60s plunky, marimba-esque vibes, a la Austin Powers. The track’s urgent staccato rhythms give way to a soaring message: “It’s okay to miss out sometimes.” This track, with its intriguing combination of exuberance and thoughtfulness, is also so much fun.

The ‘80s pop-inspired “Better Way to Play” is a thought provoking piece of songwriting for children because it doesn’t soft-pedal the pain caused by juvenile conflict, yet it projects an aura of love, caring, a search for understanding, and forgiveness.

In the indie rock-styled “Girls Included,” We fire off lyrics all about positive things girls do before the song’s central statement opens wide, creating soaring melodic phrases that capture the primary message of the song: “Powerful girl, you might even rule the world … get ready to fly.”

We feel that the most rewarding aspect of being an artist or creative is being of service to children and their adults. Publishing songs that we believe could be helpful to families feels like such a special opportunity. Again Again is so very fortunate to be in this position; to be inspired by our day to day experiences and turning those experiences into song.